Update: All clear for state buildings in downtown Richmond after suspicious person report 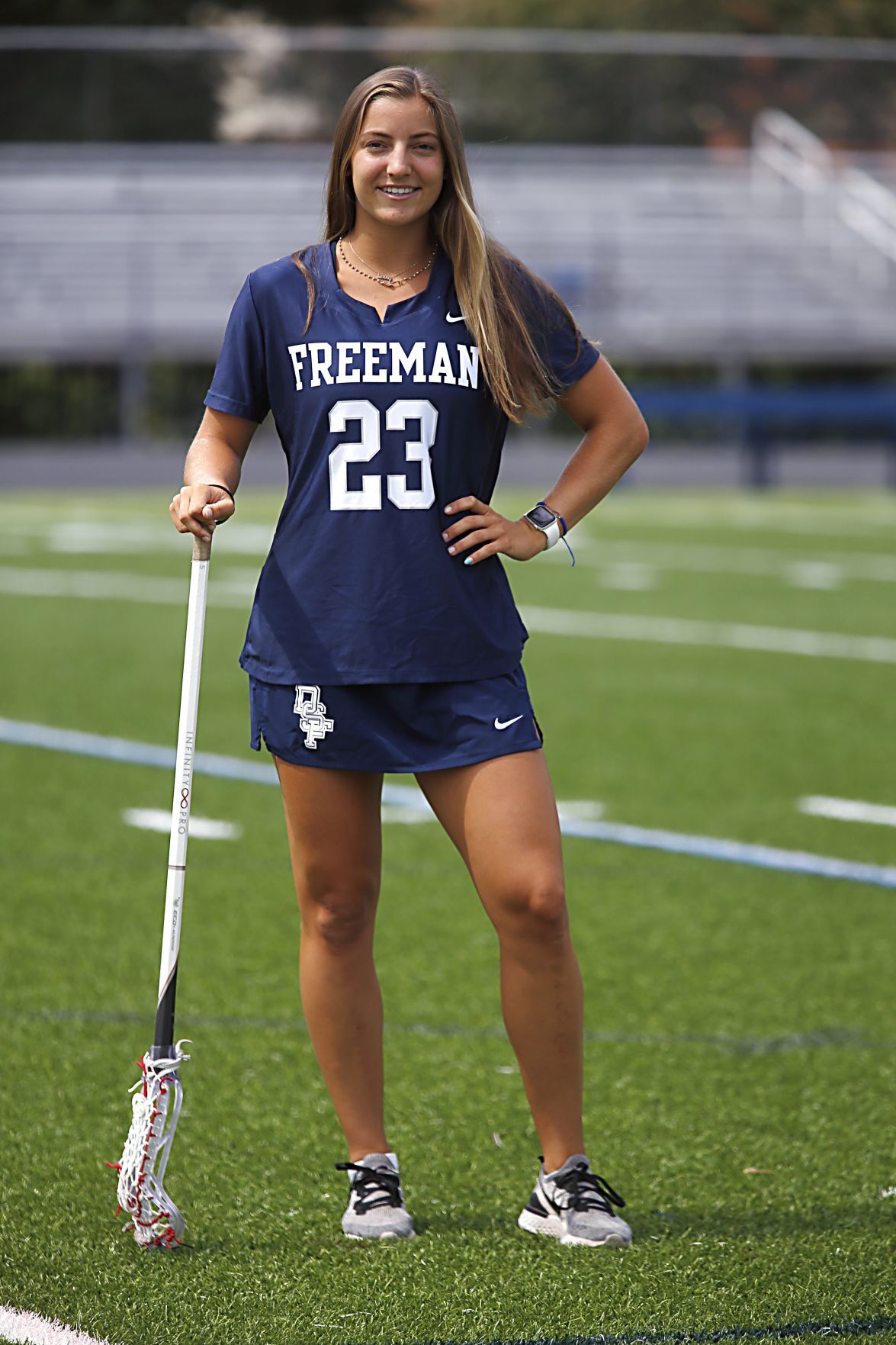 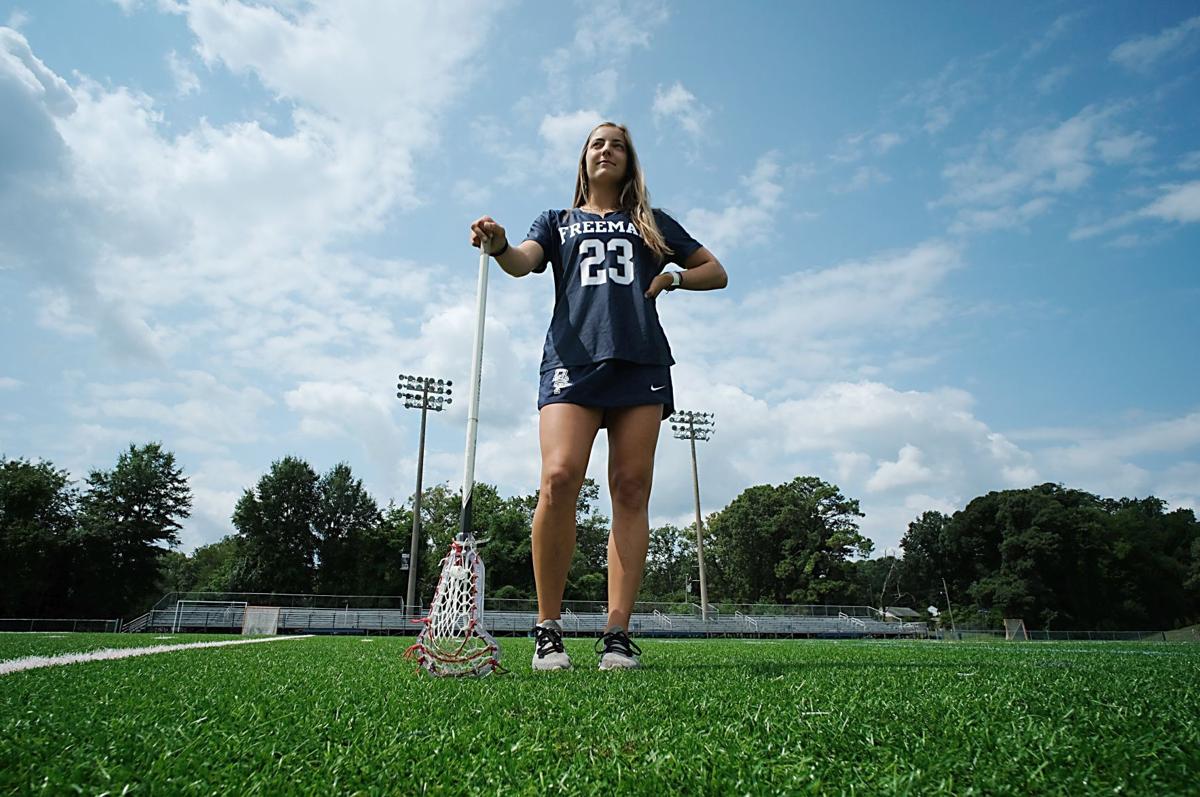 Douglas Freeman’s Kerry Nease will next play at Duke. Her star counterpart, Kate Miller of Atlee, will play at UVA, meaning more matchups are ahead between the two friends.

So, what do you do to make people notice you if you are Kerry Nease? Simple. Make history.

“It was all kind of a blur, I’m not going to lie,” Nease said when asked to remember the Mavericks’ 16-14 win over Riverside June 26th to capture the first VHSL girls lacrosse championship for a Richmond-area school.

“The transitions with everyone being involved, our goalie clearing, the defenders building from the back, the middies pushing it forward to the attack, the attack moving the ball quickly, getting it to the cage was a whole team effort,” Nease said.

Recalling the nuts and bolts of a title game makes sense for Nease, who began her lacrosse career in early elementary school. With her father to guide her and older sister Karoline, who just graduated from Annapolis, to challenge her, the younger Nease honed her lacrosse skills and continued to play soccer.

When it was time to choose a sport as college choices loomed on the horizon, soccer finished second.

“I think I’m a little bit better at lacrosse,” Nease said, explaining her rationale for the decision early in her Douglas Freeman career. “So I started to get pretty serious about it in ninth grade and played more competitively in 10th grade.”

In her freshman season in 2018, Nease did what her sister had done just two years earlier in making the All-Metro first team. She repeated as a sophomore while she watched her best friend, Kate Miller of Atlee, return to the Class 5 state tournament.

It was where she and her Maverick teammates wanted to go and knew to do that they would have to end the Raiders’ reign in Class 5, Region B.

Fast forward to the regional championship last month, as Douglas Freeman and Atlee battled for the title and the lone available berth in Class 5. Nease was ready for the moment, helping dominate early in draw controls as the Mavericks eliminated the Raiders.

“Honestly, from some of our first practices, Atlee was mentioned,” Nease said. “It was fueling our fire. We’re all just massive competitors. Losing isn’t really our forte. We worked as hard as we could to win those draws and get possession for our team.”

The dynamic between Nease and Miller, the All-Metro player of the year in 2019, is unique. When Miller moved from Ohio in fifth grade, Nease distinctly remembers the first practice with her in club lacrosse.

“The very first practice she came to, she was just balling out. I thought, oh my gosh, this is going to be so fun, we’re going to be so good,” Nease said.

Now, their on-field rivalry will continue when Nease and her Duke Blue Devils battle Miller and Virginia.

Now Nease prepares for Duke, where she wants to be challenged academically and athletically. The challenging nature of the team she found in Durham was the deciding factor in her decision.

As history has already shown, Nease is very good at accepting a challenge.

The skinny: Qureshi was an offensive dynamo for the Virginia Independent Schools Athletic Association Division II state champions, scoring 110 goals this season for a career total of 292. She finished, and started, the offense for the Spartans, winning 176 draw controls in 2021 while adding 53 ground balls and 29 caused turnovers. The VISAA Division II state player of the year will play for Mercer.

The skinny: Miller, who will play collegiately for Virginia, capped an incredible career with 79 goals, 15 assists, 86 draws and 30 forced turnovers in eleven contests. Honored as an Under Armour All-American, she finishes her Atlee career with 283 goals, placing her eighth all-time in Virginia High School League history despite losing her junior season to the pandemic. Her coach, Bonnie O’Hara, called Miller a “once in a lifetime talent.” Miller was the All-Metro player of the year in 2019.

The skinny: Even with a shorter season, O’Keefe matched or bettered her statistical output from 2019, becoming the Titans’ all-time leading scorer at 203 goals. Now at Penn State, O’Keefe led Cosby to the Region 6A championship and the Class 6 state semifinals, grabbing 93 draw controls for a 71% winning percentage. She was a second-team All-Metro selection in 2019.

The skinny: Brost was the leading goal-scorer for the VISAA Division I state runner-up Cougars, scoring 76 goals. The team’s most valuable player, Brost was named first-team VISAA Division I all-state as well as all-LIS and received the 2021 Reed Athletic Award, the highest honor bestowed upon a female student-athlete at Collegiate. Brost will play at Ohio State next season.

The skinny: Pawela repeats as both a Class 5, Region B first-team member and All-Metro first-team selection, scoring 43 goals and adding 22 assists. The “backbone of our team” according to Deep Run head coach Morgan Nash, the versatile Pawela will move to defense when she debuts for Duquesne in the Atlantic 10 next spring.

The skinny: A Second Team All-Metro honoree in 2019, Bostain led the way for the Eagles with 40 goals and 56 ground balls in just ten contests, ending her Godwin career at 115 goals. A Class 5, Region B First Team selection for the second time, Bostain will continue her lacrosse career at George Mason University of the Atlantic 10.

The skinny: One of two talented sophomores to complement Neese offensively for the Mavericks, Moore scored 49 goals and added 15 assists while winning 56 draws this season. Moore earned first-team Class 5, Region B honors and likely will become one of the top state recruits for 2023.

The skinny: Kimball-McKavish, a first-team VISAA Division I all-state honoree, was called “our best overall player” by Cougars coach Christina Dobson. She contributed 24 goals and was the team’s leader in ground balls and second on the team in draw controls. She has verbally committed to join fellow Cougar Brost at Ohio State.

The skinny: One of eight Spartan seniors, along with Qureshi, who led their team to their first VISAA state Division II championship, Saverino scored 48 goals and added 25 assists. A first-team VISAA all-state honoree, Saverino added 21 ground balls. She will play collegiately for Division III Sewanee: The University of The South in the Southern Athletic Association.

The skinny: Wilson shined in her first season for the Class 5 state champions, scoring 48 goals and adding 25 assists. A Class 5, Region B first-team selection, Wilson caused 15 turnovers while winning 64 draws. Along with teammate Moore, Wilson will look to help cushion the loss of Nease to graduation next spring for Douglas Freeman as she will gain the attention of college recruiters as well.

The skinny: Another of the Spartans’ quartet of players who earned VISAA Division I first-team all-state honors, Jones entered the season with 10 career goals and proceeded to score 47 while adding 17 assists, 32 draw controls, 24 ground balls and 13 caused turnovers. A disruptor on one end and a contributor on the other, Jones has verbally committed to join Qureshi at Mercer.

The skinny: On a Mavericks team capable of scoring at will, Schimick led the charge defensively for the Class 5 state champions. Voted first-team all-region in 5B and a 2019 second-team All-Metro selection, Schimick caused 20 turnovers and had 20 ground balls. She will continue her career at Division III Colorado College in Colorado Springs.

The skinny: Tomaszewski earned first-team Class 5, Region B honors with her athleticism, relentless style of play, and ability to contribute anywhere on the field. With seven goals, four assists to go with 24 draws, nine forced turnovers and 18 ground balls, she will inherit the leadership mantle at Atlee from Miller as the Raiders move to Class 4 next season.

The skinny: Horner earns her third first-team All-Metro selection between the pipes. The first-team all-VISAA selection was named LIS player of the year and concludes her Saints career with more than 350 saves and more than 80 ground balls. Horner, who began playing at the varsity level in eighth grade, will continue her career at Cornell.

Note: With the variance in schedules and some schools not participating in some seasons due to the pandemic, for all sports this past year The Times-Dispatch selected one All-Metro team with honorable mentions.

Will Lamar Jackson be ready for Detroit (+7.5)

Which state is better, Kansas State or Oklahoma State (-5.5)?

Which state is better, Kansas State or Oklahoma State (-5.5)?

The start of Atlee’s Friday night game went in a familiar fashion for anyone who has gone up against Douglas Freeman this season. Bradley Perk…

Douglas Freeman’s Kerry Nease will next play at Duke. Her star counterpart, Kate Miller of Atlee, will play at UVA, meaning more matchups are ahead between the two friends.