Subscribe
Read Today's E-Edition
Share This
Meet the 2022 All-Metro girls basketball team, led by a 15-year-old who is already committed to UNC
0 Comments
Share this
1 of 10 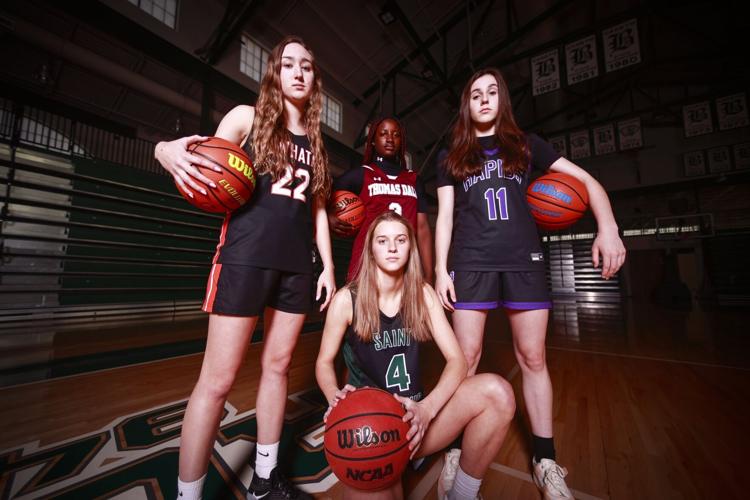 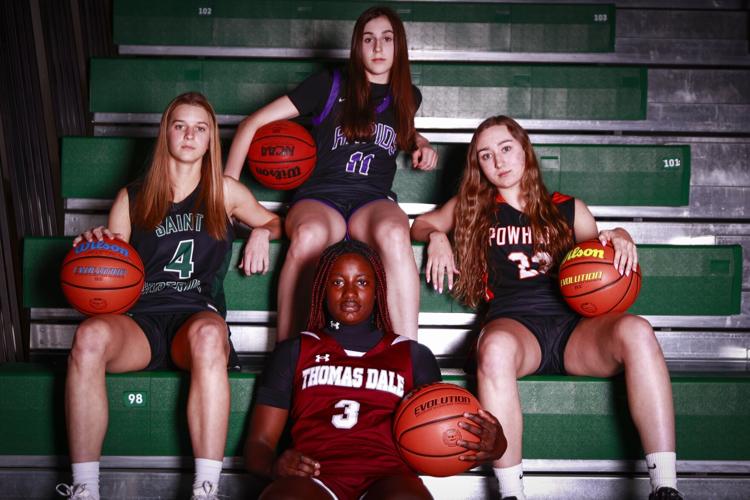 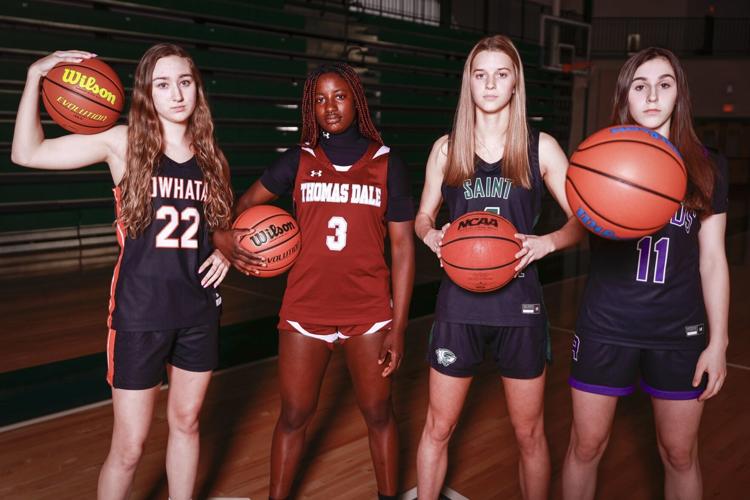 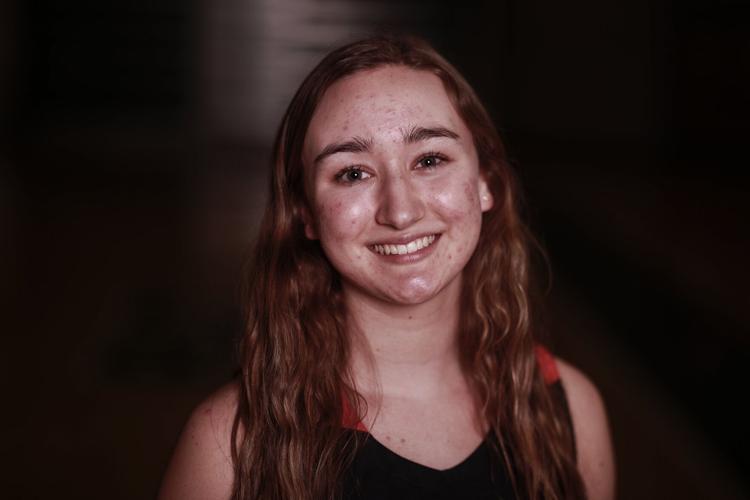 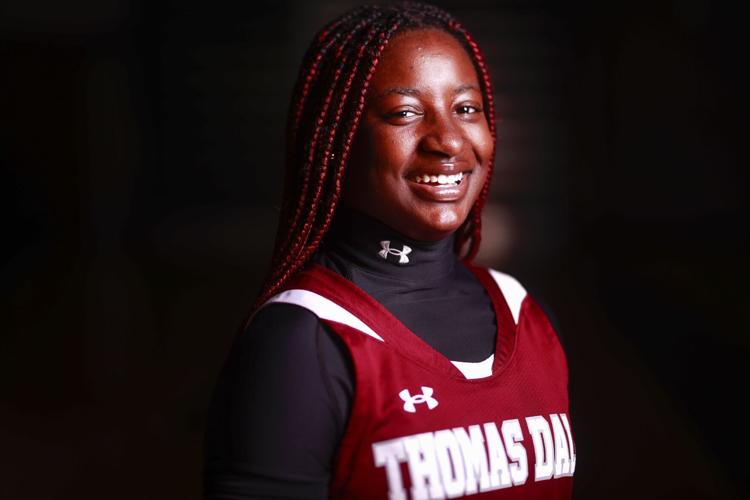 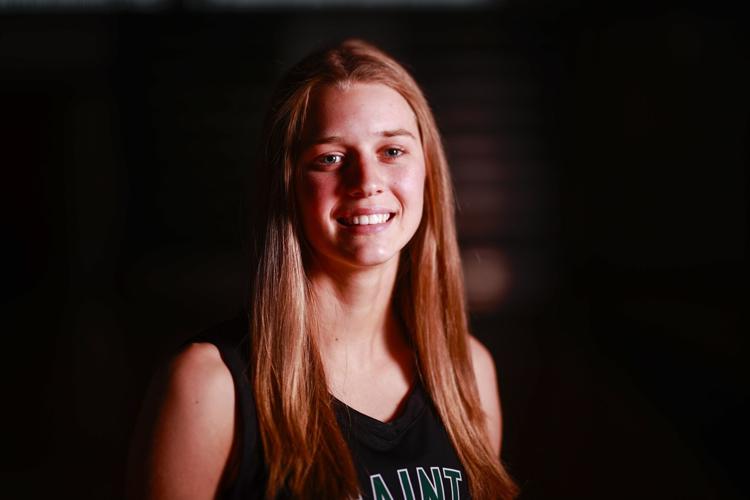 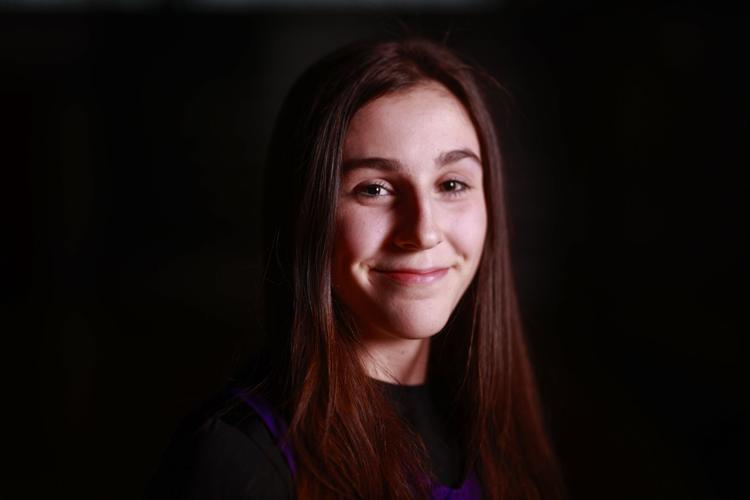 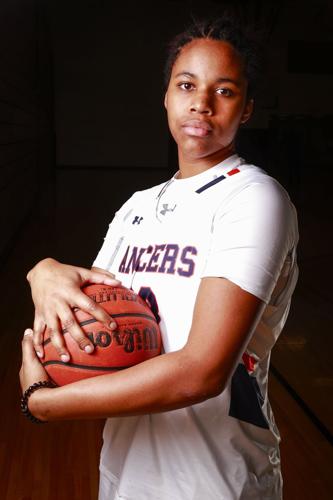 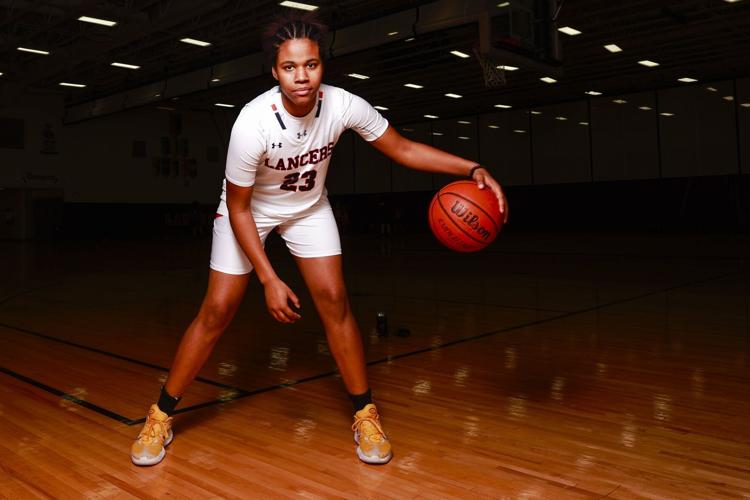 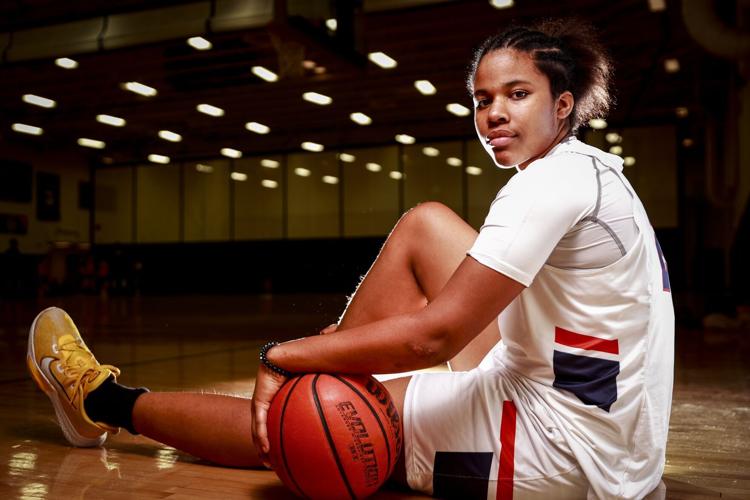 The offers started pouring in long before North Carolina recruit Lanie Grant had ever set foot on a high school basketball court.

The James River freshman and 2022 All-Metro player of the year for girls basketball received her first Division I scholarship offer the summer before seventh grade, from the University of Richmond.

"Since then, the calls pretty much haven't stopped," said Grant, the Region 6A player of the year who averaged 22 points, three assists and five rebounds for the region runner-up Rapids.

Michigan, Virginia and Virginia Tech were among myriad prospective suitors. But Grant, from a family of die-hard UNC fans, always had a special place in her heart for the Tar Heels.

"It’s Carolina basketball, it’s a legend, when you think of Carolina it’s Michael Jordan, all these greats," said Grant, who committed this past Thanksgiving, before she'd played a minute of high school basketball.

"I already knew that I wanted to be a Tar Heel, I didn’t see any point in waiting.”

Scouts clearly saw the potential for greatness in Grant early in the 5-foot-8 point guard's development, as did Rapids coach Henry Schechter.

“I could tell just from the start that Lanie was something special, she just has that it factor — the way she carried herself, even then," said Schechter, who met Grant when she was in sixth grade playing for Robious Middle School.

Grant exudes that "it factor" on the court. Terrified to touch the ball on offense while playing up an age group during her first AAU tournament at the Siegel Center, Grant has since evolved into a confident, dominant scorer and lockdown defender.

Though a silky smooth jump shot that's effective off the dribble and catch plus a savvy dribble-drive game undoubtedly make her a scoring guard, she's already a strikingly well-rounded guard able to affect the game in every facet, showing off the handles and court vision to direct an offense with aplomb similar to two of her idols, Steve Nash and Sue Bird.

PrepGirlsHoops.com ranks her as the No. 1 overall recruit in the state for the Class of 2025.

Grant has honed her craft largely under the direction of her father, Jeff, who played at Bridgewater College, and skills coach David Anderson at Foundation Academy in Midlothian. There she's learned from previous All-Metro players of the year Megan Walker (2016-17; Monacan, UConn, Atlanta Dream) and Taja Cole (2015; L.C. Bird, Virginia Tech, Connecticut Sun).

“All of these players that have shaped my early game, to know my name is now on that list with them is pretty cool," Grant said.

The future Tar Heel is also following in the footsteps of another All-Metro player of the year, he of recent North Carolina Final Four greatness, Armando Bacot (2018, Trinity Episcopal).

"Our family loves Armando, since he’s from Richmond we cheer extra hard for him," Grant said.

"It’s so cool that my name is now added to that list of legendary players, male or female. Armando Bacot, Katy Tracy (1995-96, James River; Virginia), Britney Anderson (2002, Meadowbrook; now an assistant coach at Stanford). And some of the more recent names, players that have been my mentors.”

Born and raised in the Richmond area, Grant tried other sports when she was a child. But her younger brother, Sam, always likes to remind her that he gets credit for starting her basketball career. Sam would train at Foundation with Anderson, while his sister sat to the side, bored and with nothing to do.

Anderson constantly asked if she wanted to jump in. Grant would always say no.

Until one day, she didn't.

“One day I cracked and said, ‘You know what, why not try it?' Since then, I have not looked back once," she said.

Grant tried to balance basketball and other sports for a time, until one day her father sat Lanie and her two brothers down and asked if they wanted to be good at multiple things, or great at one thing.

"I wanted to be great at one thing, and that was kind of when I turned that page," Grant said. "When I say I got the bug for basketball …”

Now, Grant regularly beats Sam and older brother George, a football player, on the basketball court. Though she says you'd probably hear it different if you asked them.

“We’re a very competitive family, so any chance we have to compete with each other, we compete," Grant said with a laugh.

"I wouldn't be here without that support system."

Ranked No. 1 in the Times-Dispatch Top 10 for the season's entirety, James River lost to Thomas Dale and fellow All-Metro first-teamer Nyla Wilson 44-38 in the region title game despite 21 points from Grant. They fell out of the state tournament in the first round at the hands of eventual Class 6 runner-up Osbourn Park.

Fellow All-Metro honoree Arshae Jackson will be a senior next year, and the Rapids have plenty of returning talent around their leading duo. Grant and Schechter said the expectation has been and will continue to be to compete for championships.

“I expected and I keep expecting great things from this program and this team," Grant said.

"There’s not a lot of basketball programs and teams that you can call your family, and I can definitely call every single one of the girls on this team my family and my sisters.”

Grant idolizes women's college basketball stars like Iowa's Caitlin Clark, UConn's Paige Bueckers and UNC's Deja Kelly. She hopes to one day be a similar ambassador for the women's game amid a changing landscape in terms of visibility for and media coverage of women's sports.

"It's more than exciting, it's deserved," Grant said. "People are just now realizing how fun watching women’s basketball can be.”

But for now, Grant is still just getting used to people recognizing her. After all, she only just turned 15.

“This season has been eye-opening because people are starting to recognize me, it’s weird because I’m just me," Grant said.

"To other people I guess I look like a pretty good basketball player, but I don’t see it. I just think it’s cool and amazing that the work I’ve done is inspiring other people and making people want to be the best versions of themselves.”

Notable: Henderson was the Region 4B player of the year. She averaged 21 points, 7 rebounds, 3 assists and 2 steals for the Indians, who went 17-9 and claimed the program’s first berth in the state tournament. She had games of 33, 30 and 29 (twice) points and scored 20 in the state quarterfinals. She finished as the all-time leading scorer for Powhatan with 1,374 points. She is headed to Christopher Newport.

Hidden talent: “I can do a little bit of sign language. I learned it in one of my classes in middle school.”

Notable: Wilson was a catalyst for a Knights team that went 20-5, won Region 6A and advanced to the state semifinals. She averaged 21 points, 8 rebounds and 4 steals, posted a school-record 41-point outing, and shot 55% overall. In games against some of the area’s top teams, she averaged 26 points, 7 rebounds and 3 steals, including one game where she had 29 points, 16 rebounds and three assists. She was an all-state pick.

Interests: Fishing at the lake near her house; it's calming.

Notable: Woodson was an all-around force, averaging 21.6 points, 7.7 rebounds, 3.4 assists and 3.7 steals while often being double- and triple-teamed by opponents. She shot 45% from the floor for the Gators, who finished 22-7 against a tough schedule. She surpassed 1,000th career points and was named first-team all-state in VISAA Division I. Woodson had several Division I offers before choosing Purdue Fort Wayne.

Hidden talent: “I can do a backflip.” She did gymnastics for many years.

After going down 1-0 early in the game, the Douglas Freeman girls soccer team stormed back, spoiling Deep Run's senior night with a 2-1 victory.

Highland Springs is set to undergo a "major branding change" as it transitions to a full Nike school over the next three years, Springers dire…

"The quality of tennis was fantastic, the drama could not have been much higher. It was just a good day."

Carter Schmitt walked 28 times as a freshman at St. Christopher’s, the second-highest total in school history.

The baseball seasons for Collegiate, St. Christopher’s and Steward ended Friday in the VISAA state semifinals at Shepherd Stadium in Colonial …

"They loved it. It was a lot of fun. ... Our guys grinded the entire time to put us in a position to win."

A 6-foot-5, 310-pounder in the Class of 2023, recruiting site Rivals.com ranks Starlings as the No. 18 defensive tackle in the country for his class and No. 4 overall in Virginia.

"I'm going to come back better than I was, I can promise you that."