Megan Walker, in her own words
0 Comments
Share this

Few players have accomplished as much before high school graduation as Megan Walker. The Monacan senior has played for the U.S. national team, won three state championships and three national player of the year awards. Next year, she heads to the country's top college women's basketball program, the University of Connecticut.

Recently she spoke to The Times-Dispatch about her high school career and her most vivid memories.

“I wasn’t watching the game. I heard about it though. I was on my way back home…I watched a little bit of the first, like the beginning of the game, but I had to get on my flight…

“I was coming off the plane, checking my phone, and my cousin Facetimed me, and I’m like ‘Tell me play by play.’ She said, ‘There’s 12 seconds left. They have the ball. UConn turned it over. OK they inbounded the ball. She’s dribbling. OK she just hit the game winner. There’s no time left on the clock.’ I’m just like ‘Oh my gosh. I’m going to hear this for the rest of the week. I’m going to hear it forever.

“But I’m excited. We couldn’t win forever. Like what coach (Geno Auriemma) said, what we’ve been doing isn’t normal. They’ve been blessed to have those experiences, win four in a row, go undefeated for so long. It can only get better.

“My phone blew up. My Instagram blew up. People were tagging me, saying “Did you see this?” “Yeah, I see it. But that’ll be my life at UConn.”

“He called it. We ran to the wrong side, which kind of threw me off for a second. I’m like just play it cool, just get open in the middle, you’re fine. So I grab the ball, I square up. I see three defenders…like a triangle.

“So then I just dribble one time to my right, I gotta pull two, so I pull two defenders. I swung back to my left and I saw another girl coming to double me. So I hesitated if I was going to shoot or not, but she fell. So when she fell, I shot the ball ‘round the top. Then I just sprinted to my man as fast as I could.

“I just remember running and picking up (teammate) Abby (Oguich) and screaming in relief that we had won.”

“That was definitely a big event. I think I had about 200 people there for my announcement. I wanted to do it in a different way. Everyone does the hat reveal or announces it normally, so I did a video, kind of kept people in suspense, popped the balloons of the schools I wasn’t going to.

“People still didn’t know what was going on. They thought that meant that I was going to that school. When I took off my jacket and sat down, it was a whole bunch of relief because it was a long process.”

“I think that’s the best part of basketball and being a high recruit, is the recruitment and getting to know all the people, because you never know what might happen in the future. You could run in to them and they could end up helping you out.”

Summer 2016: She visits Brazil with her travel team, Chile with the U18 national team and Kazakhstan with the national 3-on-3 team

“I went to three countries in one summer...It was different. In Kazakhstan, it was like a movie… When I got back, it was like, ‘Wow, I was really in a different country.’ They had guards standing at every corner of the street, no speed limits, a lot of people, big malls. It just wasn’t normal. But I enjoyed the experience.

“Playing 3-on-3 is a different type of basketball, so I think I expanded my game a little bit.”

“We wanted it more for the boys because we had gotten one…We encouraged each other throughout the year.”

“I can just remember us splitting, going even. One game we would win and the next game they would come back…They blew us out on their senior night. We came back to our place and they beat us for the regional championship. Coach Starr was like ‘We’ll let them have it now. We won’t celebrate right now, but we’ll celebrate for the rest of the year.’

“That was special because it was the first time in girls basketball two of the teams from our area played and made it that far. So that one was kind of special. And our first time in school’s history.”

High school scores, stories and the player of the week poll for Oct. 8-9

Players from Dinwiddie, Monacan, Hanover, James River, Highland Springs and Thomas Dale are up for this week's award.

"We've had a tough year, from having one of our players laying in a hospital bed to Mr. Minter falling ill. Over the last couple of weeks, we've rallied around each other, reminded the kids that we're a family and it's more than just football. It's the game of life."

Highland Springs and Manchester are holding down the top two spots.

High school football scores from around the state this week.

Cries of “Go Hokies!” rang out across the football field at Thomas Dale High School on Thursday afternoon, where Knights senior defensive line… 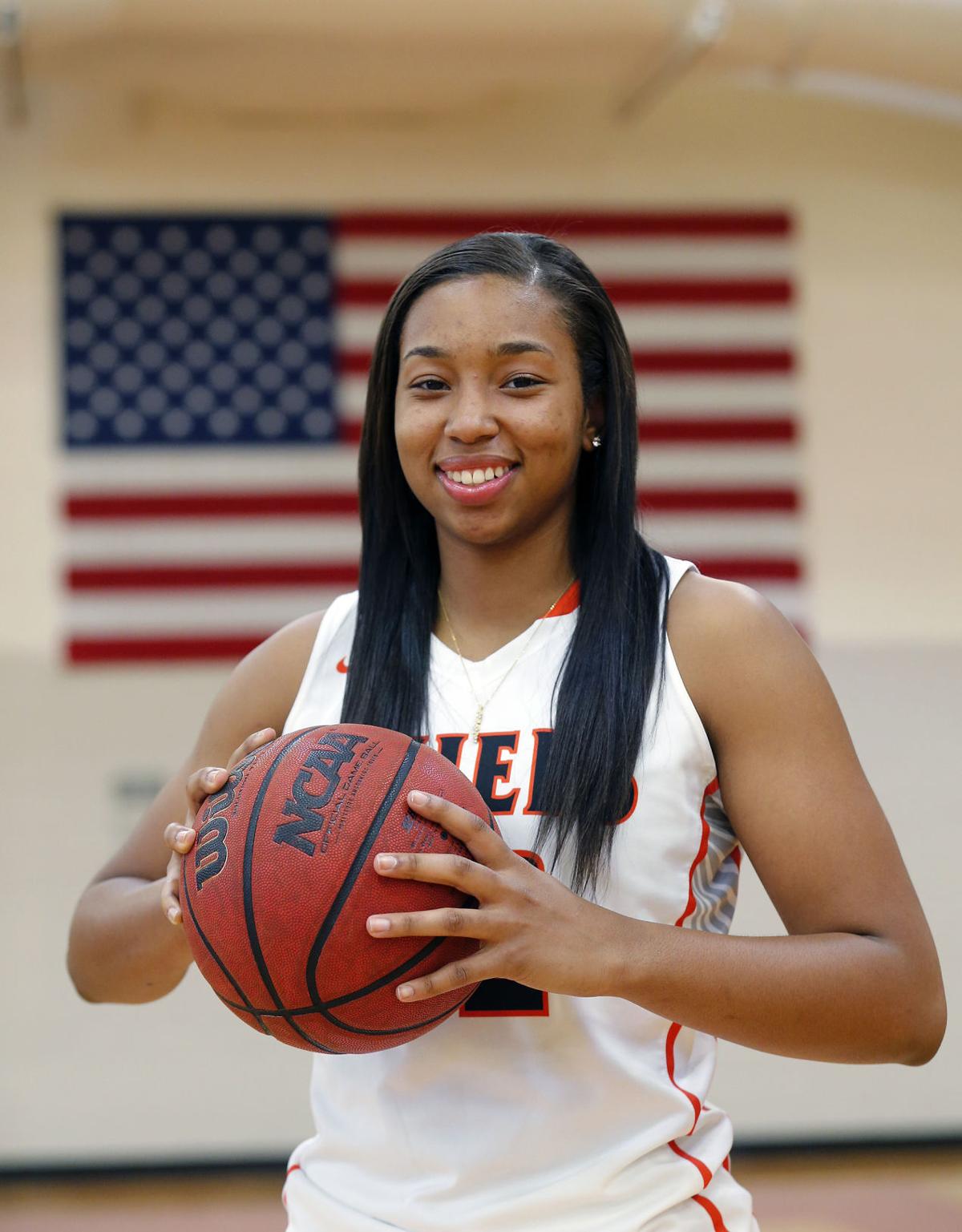 All Metro basketball player of the year, Megan Walker of Monacan. 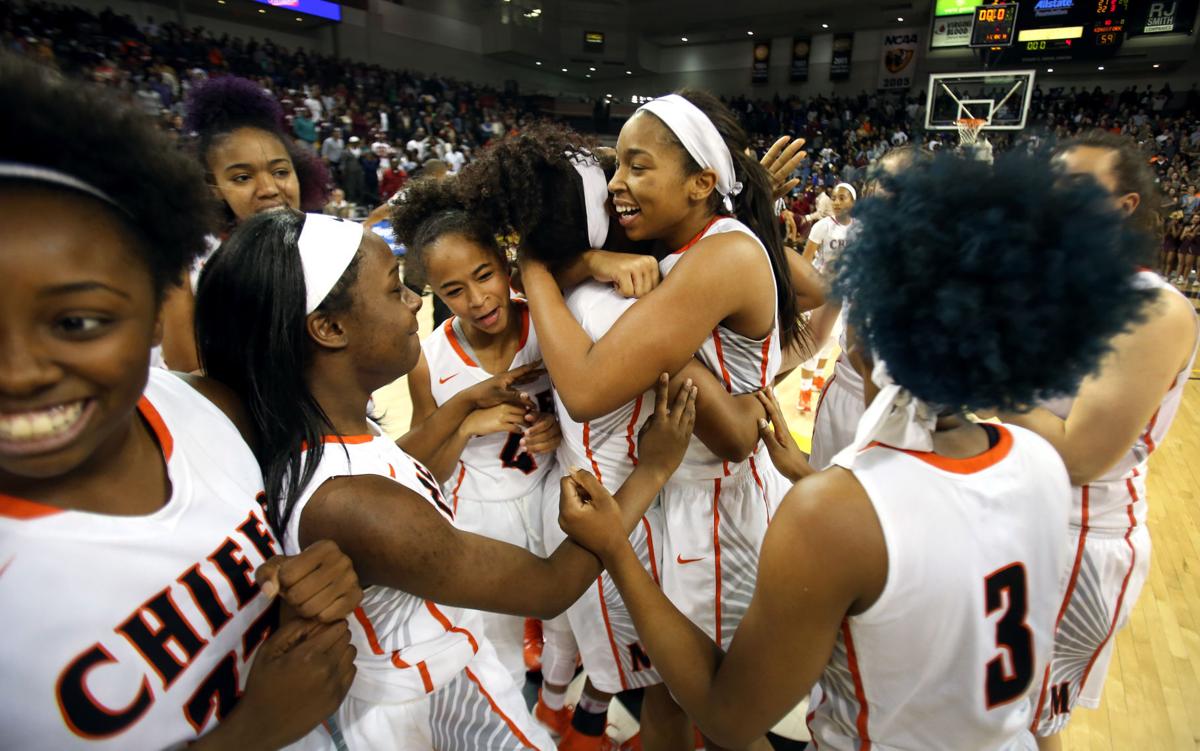 Monacan’s Megan Walker (center) hugs Nyah Hall after the Chiefs won the 4A state championship game against King’s Fork of Suffolk. Walker hit the game-winning shot with 15 seconds left in the game. 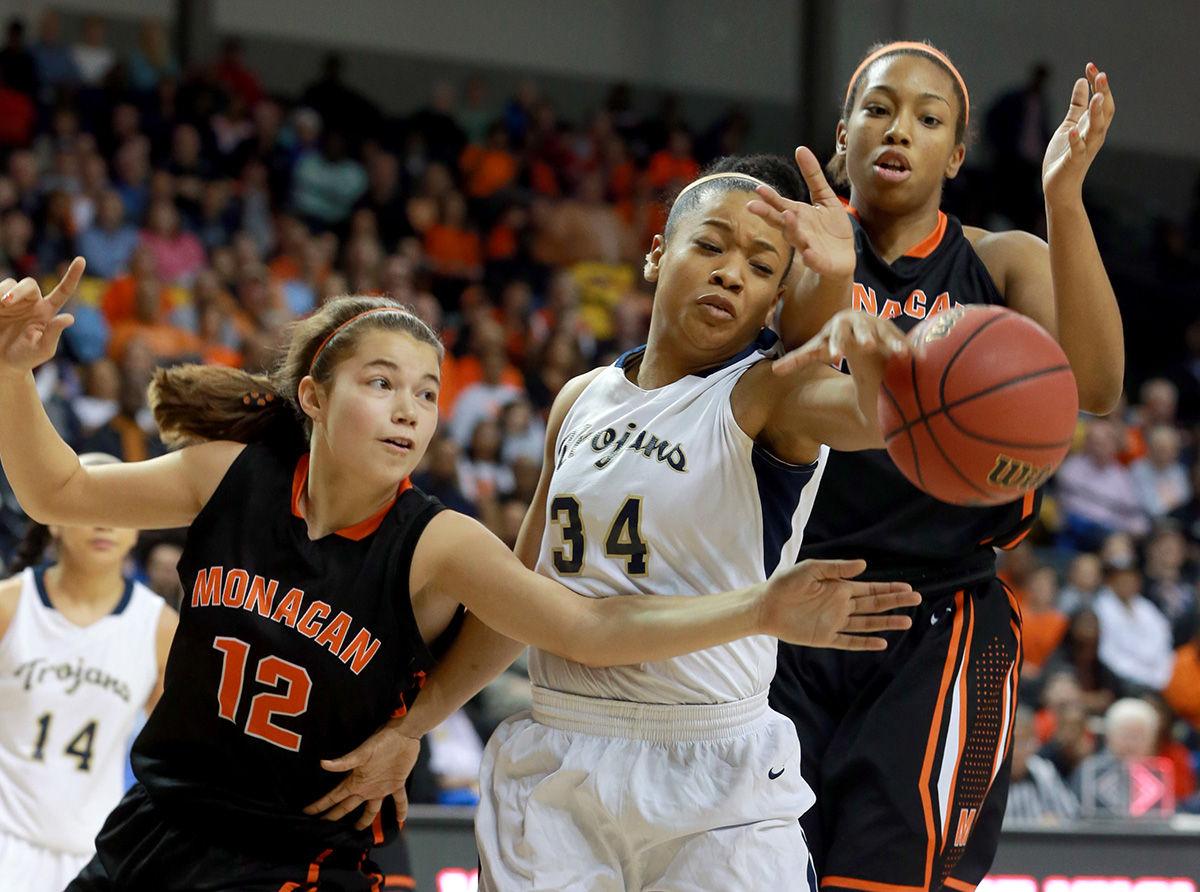 Monacan's Abby Oguich(12) and Megan Walker(32), right, chase a ball against Midlothian's Zhara Tannor(34) during the first half of 4A girls state championship game at VCU on Saturday, March 14, 2015.