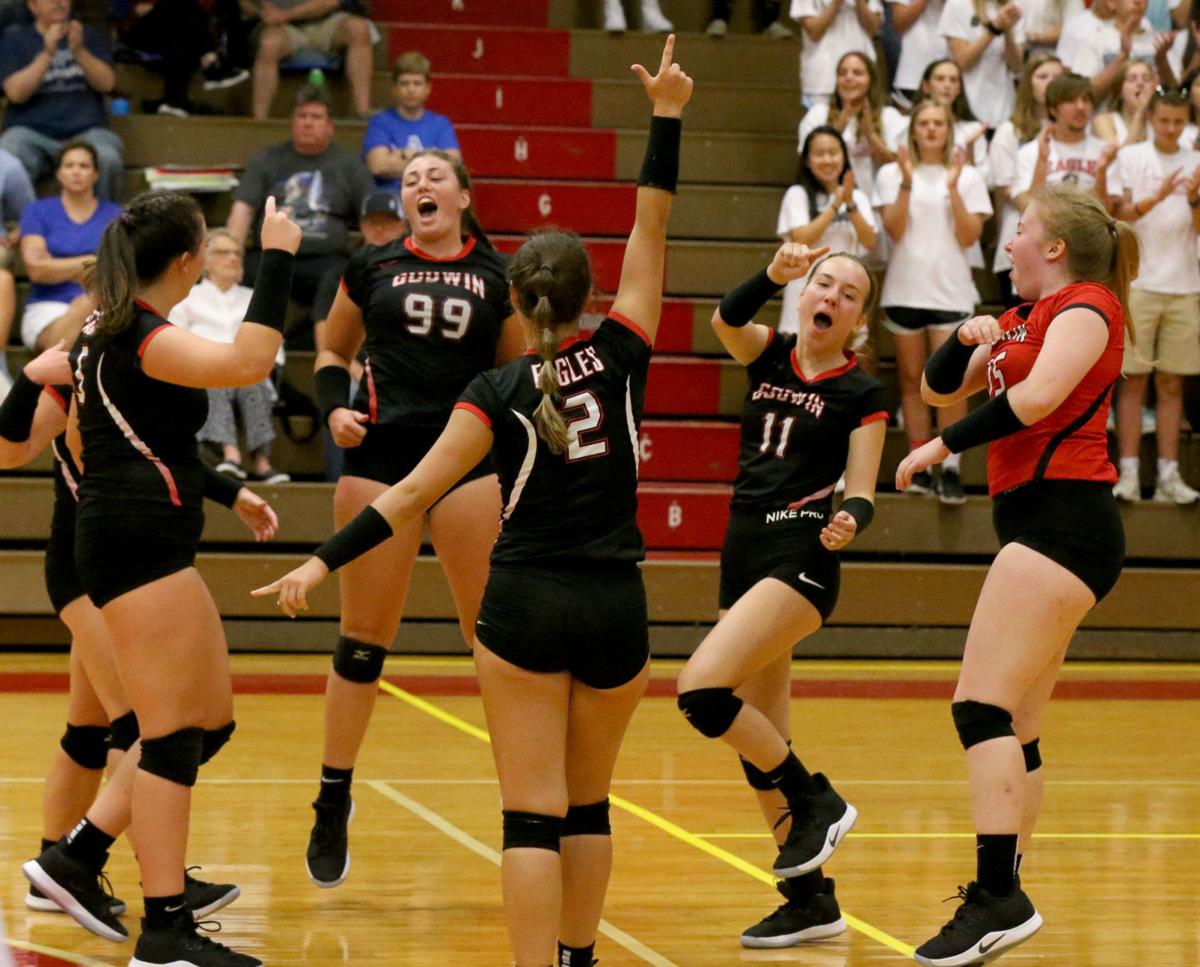 Mills Godwin players celebrate their point against Atlee during a girls volleyball game at Mills Godwin High School in Henrico on Wednesday, September 4, 2019. The Eagles won in three sets. 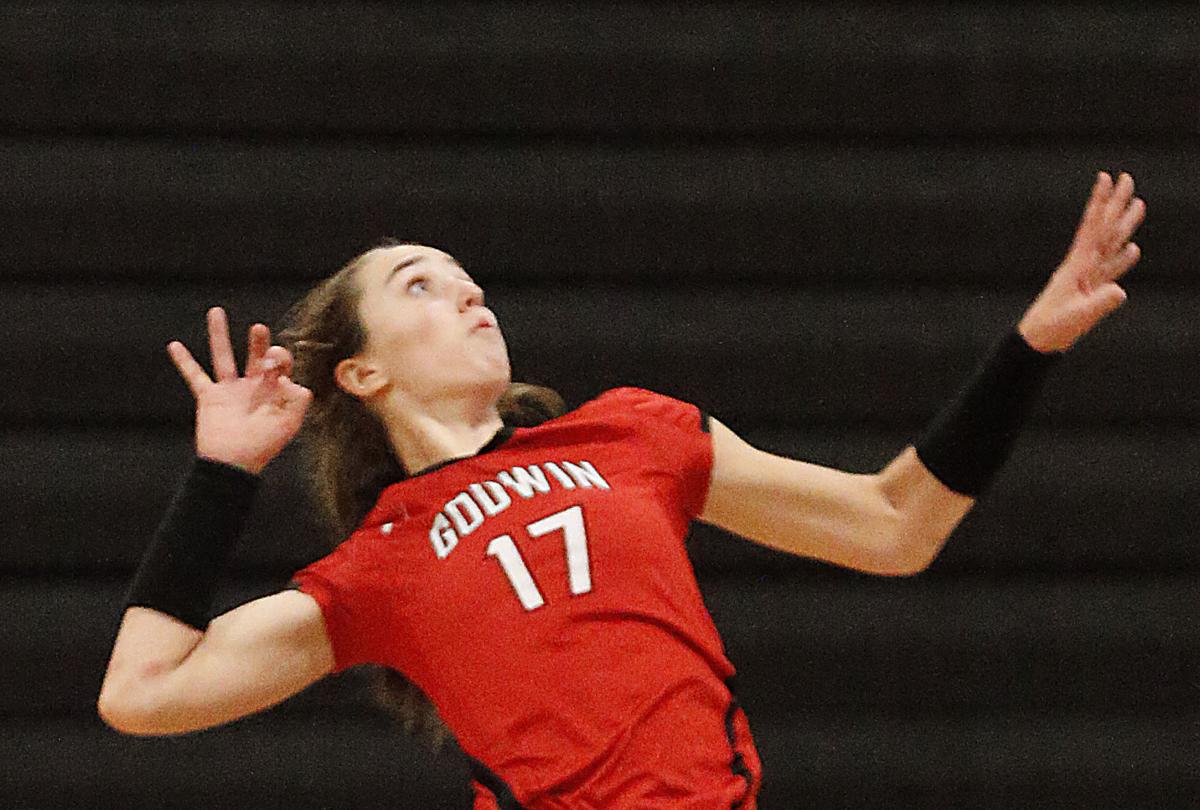 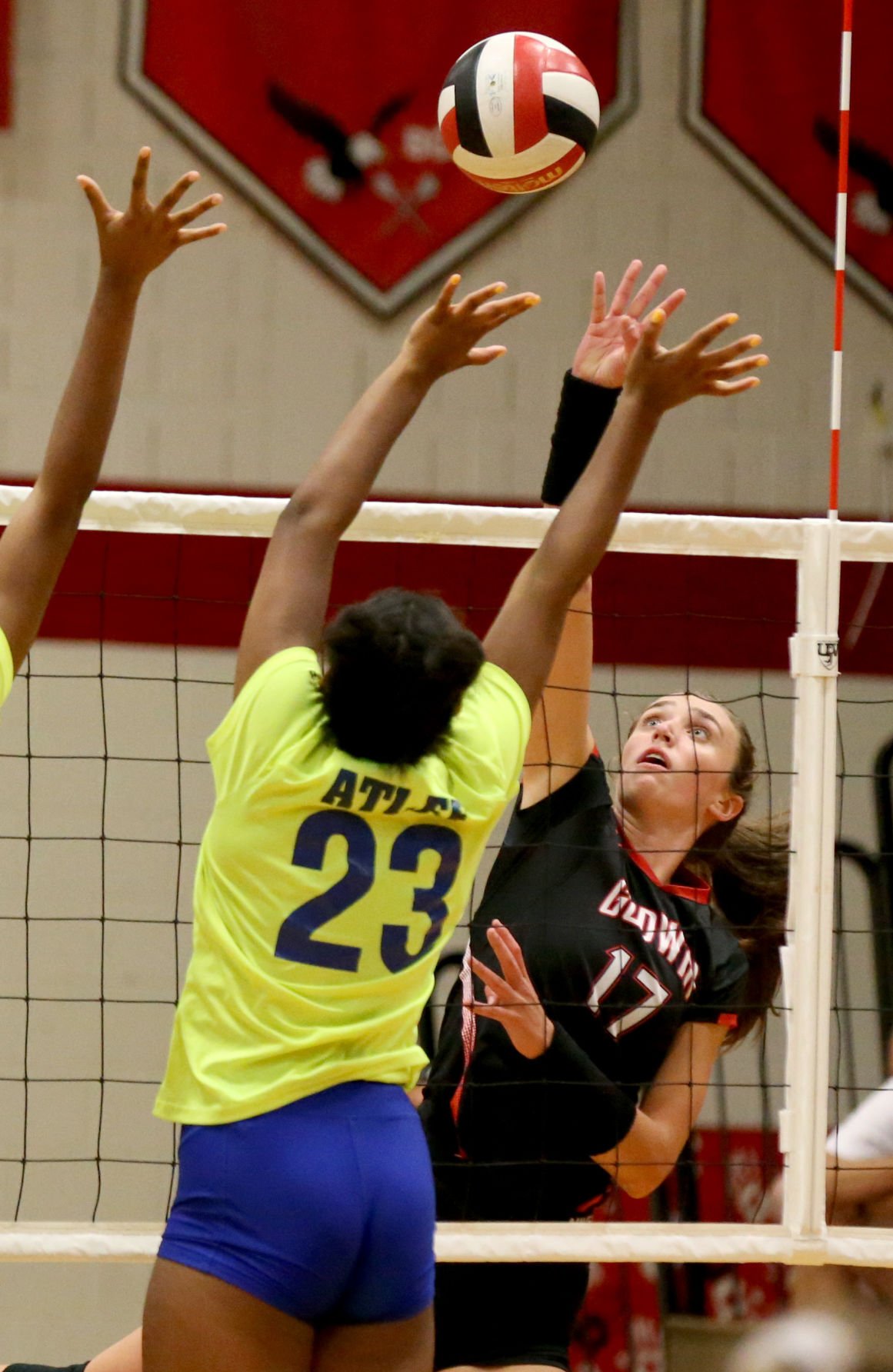 Standing in Atlee’s way in Region 5B again this season is Mills Godwin junior Kaitlyn McNeel, who tallied 303 kills, 69 aces, 48 blocks and 141 digs en route to first-team All-Metro honors as a sophomore.

After working through a pause to begin its season, Mills Godwin girls volleyball is 8-0, and the Eagles have dropped just one set along the way.

Coach Chris Wakefield said it was difficult for his team, which went undefeated in the 2019 regular season before falling to Atlee in the regional final, to find a rhythm early on.

"It took some time to knock a little bit of the rust off, even for a lot of the returners," Wakefield said, adding that normal time to build chemistry and install schemes just wasn't available in the pandemic-altered offseason.

Sophomore setter Jamie Wright has taken over for older sister and first team All-Metro honoree Carmen Wright, who graduated last spring. Wakefield said the younger Wright is no longer "the shy and quiet kid" that she was as a freshman.

"She's appreciated the opportunity to lead and play on this team, and it not being behind her sister," Wakefield said. "It gives her an opportunity to be herself."

Junior outside hitter Kaitlyn McNeel is Godwin's primary offensive threat, she's committed to play at Dayton. Senior Meredith Grott has played a lot of positions over the years, she's primarily an outside this season, and Wakefield said her versatility has been key. Junior right side hitter Sydney Shaffer and junior middle Ryan Taylor complete an experienced core group.

"They've been part of the program for a long time," Wakefield said of his upperclassmen. Freshman second setter Sydney Newcomb has also come a long way, he added, particularly in the serving and defensive departments.

The Eagles held a small senior night earlier this season with some parents in attendance.

"It was good to give those seniors the opportunity to at least be recognized," Wakefield said.

"I think the region has a lot to discuss in terms of how we're going to execute these playoffs, because everyone is doing so many different things (in terms of sites and spectators) right now," Wakefield said.

Mills Godwin players celebrate their point against Atlee during a girls volleyball game at Mills Godwin High School in Henrico on Wednesday, September 4, 2019. The Eagles won in three sets.

Standing in Atlee’s way in Region 5B again this season is Mills Godwin junior Kaitlyn McNeel, who tallied 303 kills, 69 aces, 48 blocks and 141 digs en route to first-team All-Metro honors as a sophomore.