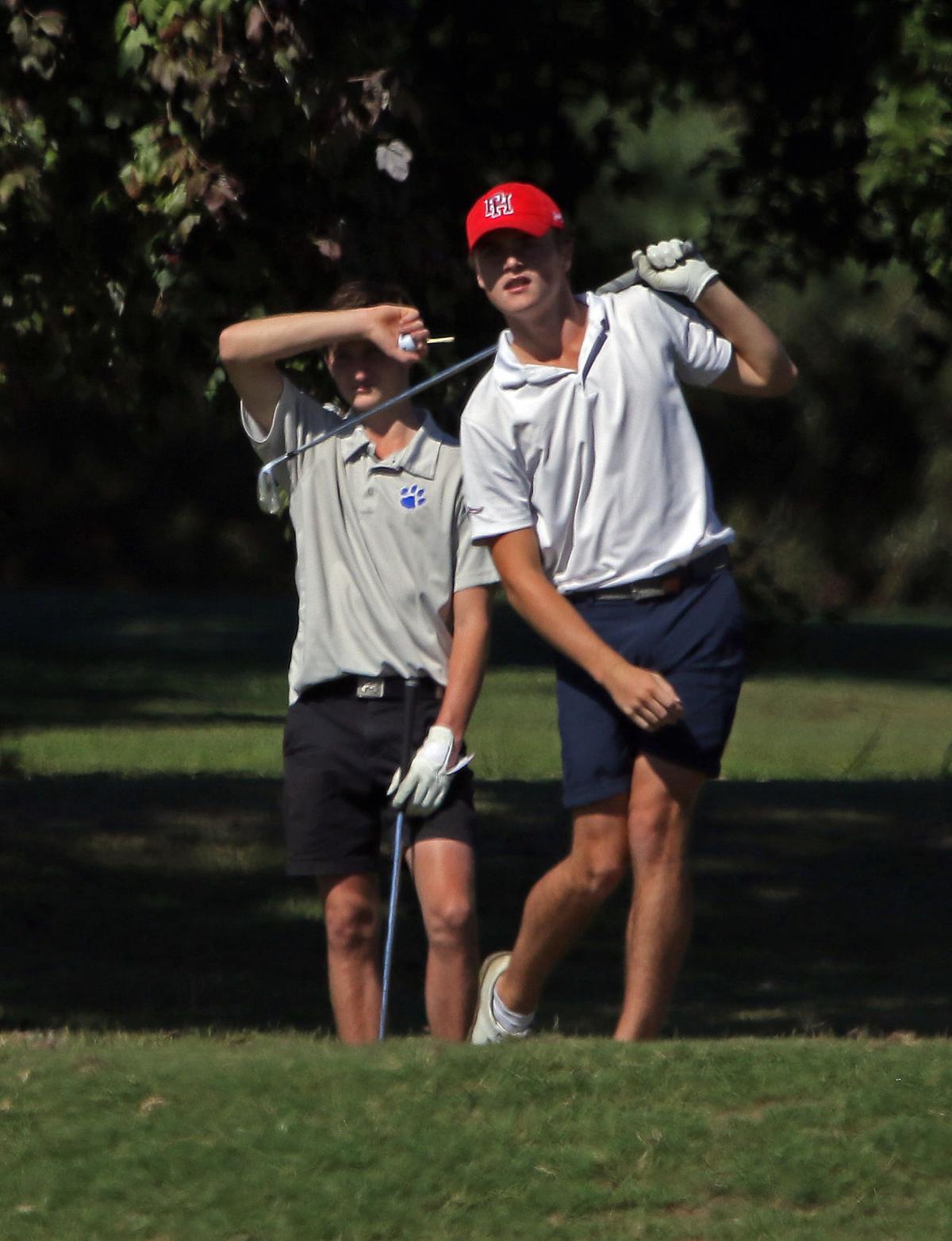 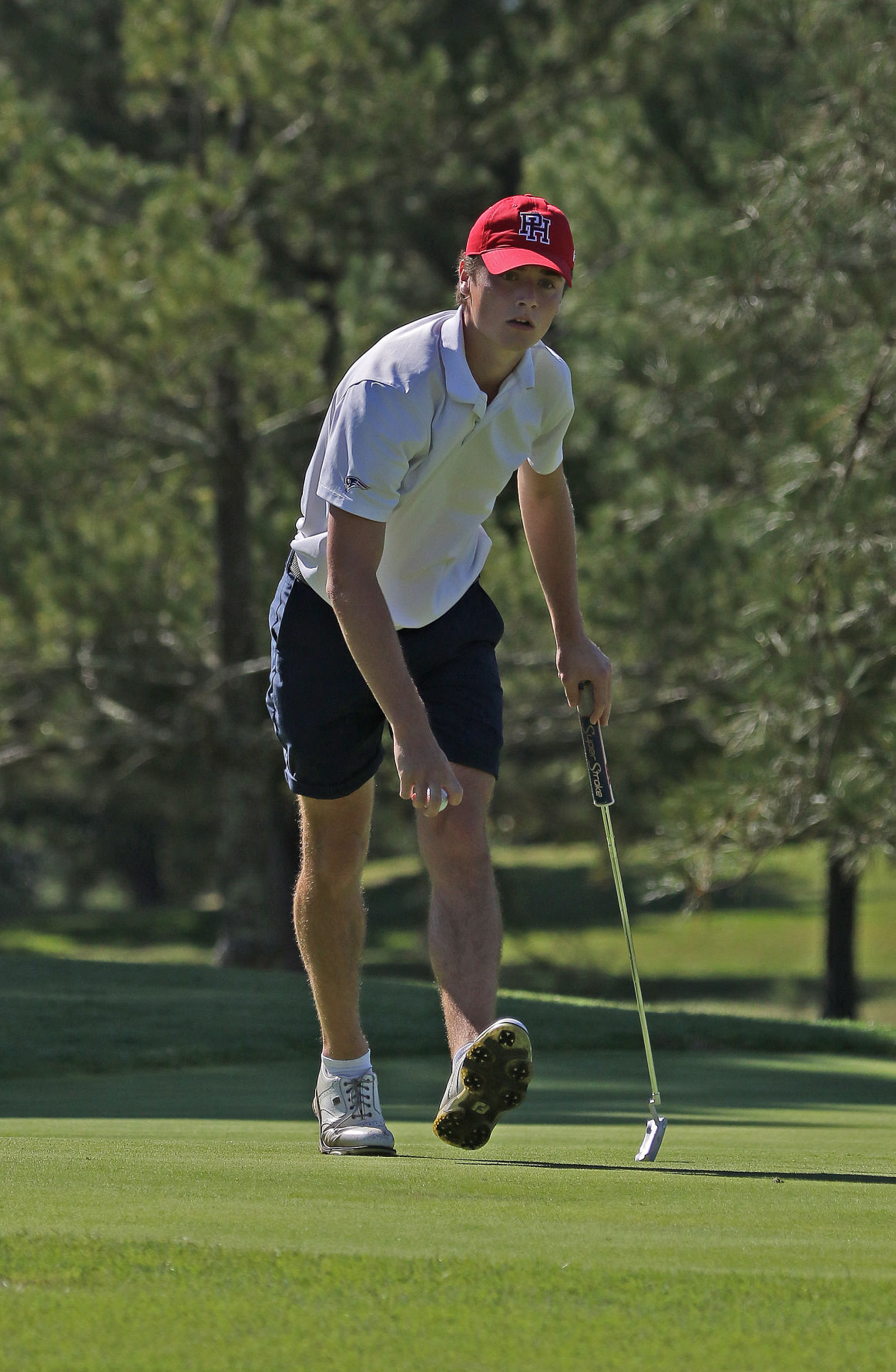 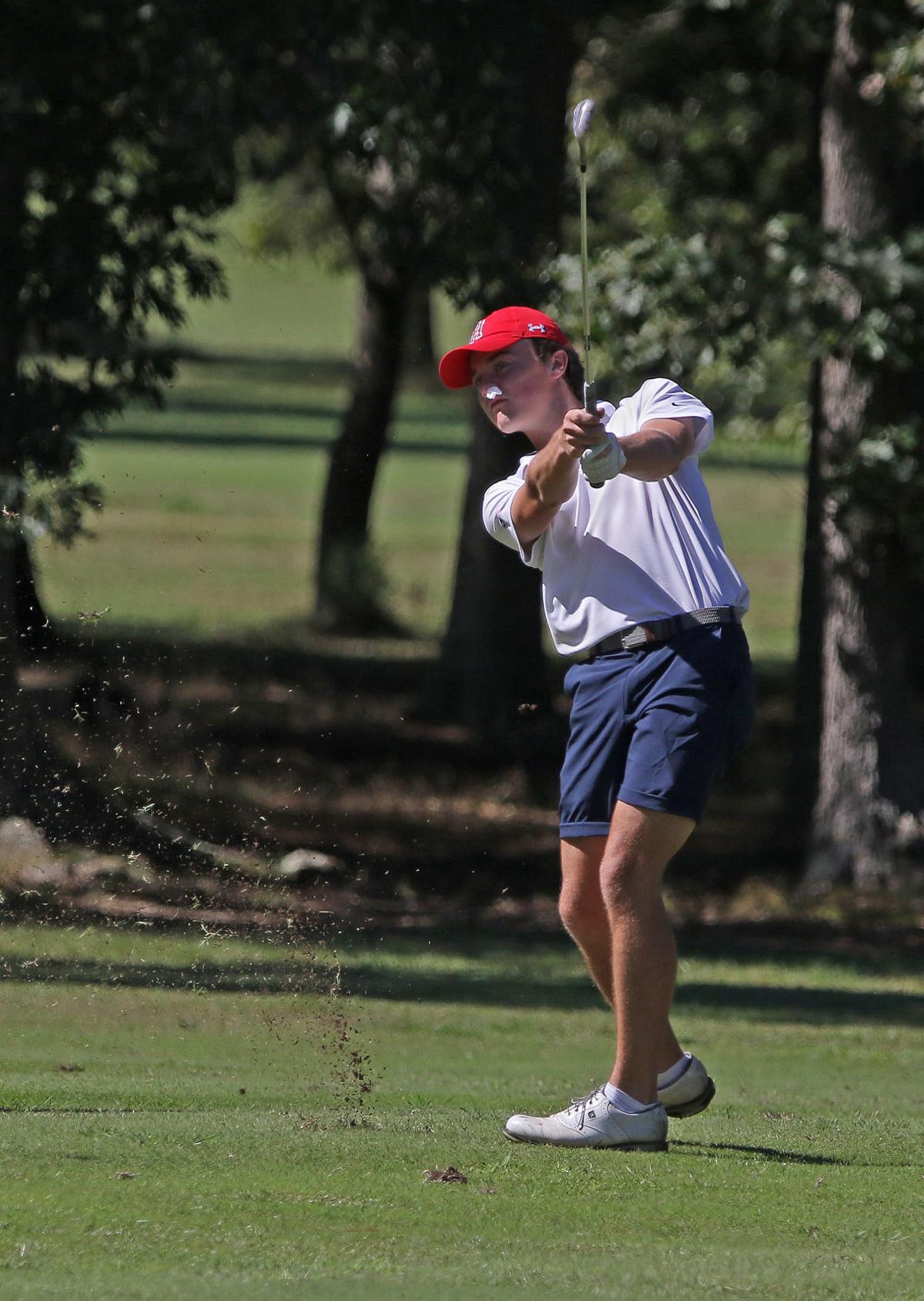 In spite of a bloody nose, Patrick Henry’s Daniel Ailor watches his approach shot to the ninth green at The Hollows Lake Course. Ailor won the Region 4B individual title by seven strokes.

Powhatan freshman Conner Hedgepeth shot a 90 in the first round of the Class 4, Region B golf tournament on Wednesday at The Hollows. His score didn’t count toward the team total.

Hedgepeth, playing in the No. 6 position, lowered his score by 14 strokes Thursday with a 6-over 76 and made it possible for the Indians to make it to the state tournament for the first time since 2013.

Monacan, sporting a starting lineup that includes four players “who can’t drive a car yet” as coach Scott Thackston says, posted a 36-hole total of 627 to win the team title by six strokes.

Powhatan and Patrick Henry shot 633 to tie for second. Powhatan captured the coveted second bid to the Class 4 tournament in a one-hole playoff.

Three individual bids to the state tournament at Glenrochie Country Club in Abington later in October were up for grabs. Ailor and Matoaca players Peyton Jones (junior) and Trent Willis (freshman) fill those slots. Jones finished 75-149 and Willis returned 75-156.

Hedgepeth knew his score was going to matter in the final tally. He called it redemption.

“I wanted to help my teammates out and go to states,” he said. “I’m looking forward to it and I hope we win it.”

Powhatan finished second in the state in 2013 after gaining the state berth in a playoff. Indians coach Chris Leach was an assistant then.

“It’s interesting to come full circle now as a head coach reliving the experience,” Leach said. “Conner has showed that potential the entire year all year. He’s still very young. I knew in that sixth spot he’d come in this or come in that but the potential was always there. He demonstrated it today, definitely.”

Monacan had a goal at the beginning of the season “to maintain the championship winning formula,” Thackston said. “And the guys did it. They are tournament tested. Whether they have played in high school events or AJGA or VSGA or College Prep, they are used to the pressure playing in tournaments that matter. They know how to play and they know how to win.”

Ailor attributed his success to familiarity with The Hollows.

“Playing here. Growing up and coming back here for one of my final matches of high school is the reason why I played so well,” he said. Going [to the state tournament] for my third year in a row “is the best experience of my high school golf career. The amount of competition there, the adrenaline that’s pumping on that first tee, is awesome.”

At The Hollows Golf Club, par 70

More images from the Region 4B golf championships

More images from the second day of the Region 4B golf championships at the Hollows on Thursday, Sept. 30, 2021.

In spite of a bloody nose, Patrick Henry’s Daniel Ailor watches his approach shot to the ninth green at The Hollows Lake Course. Ailor won the Region 4B individual title by seven strokes.