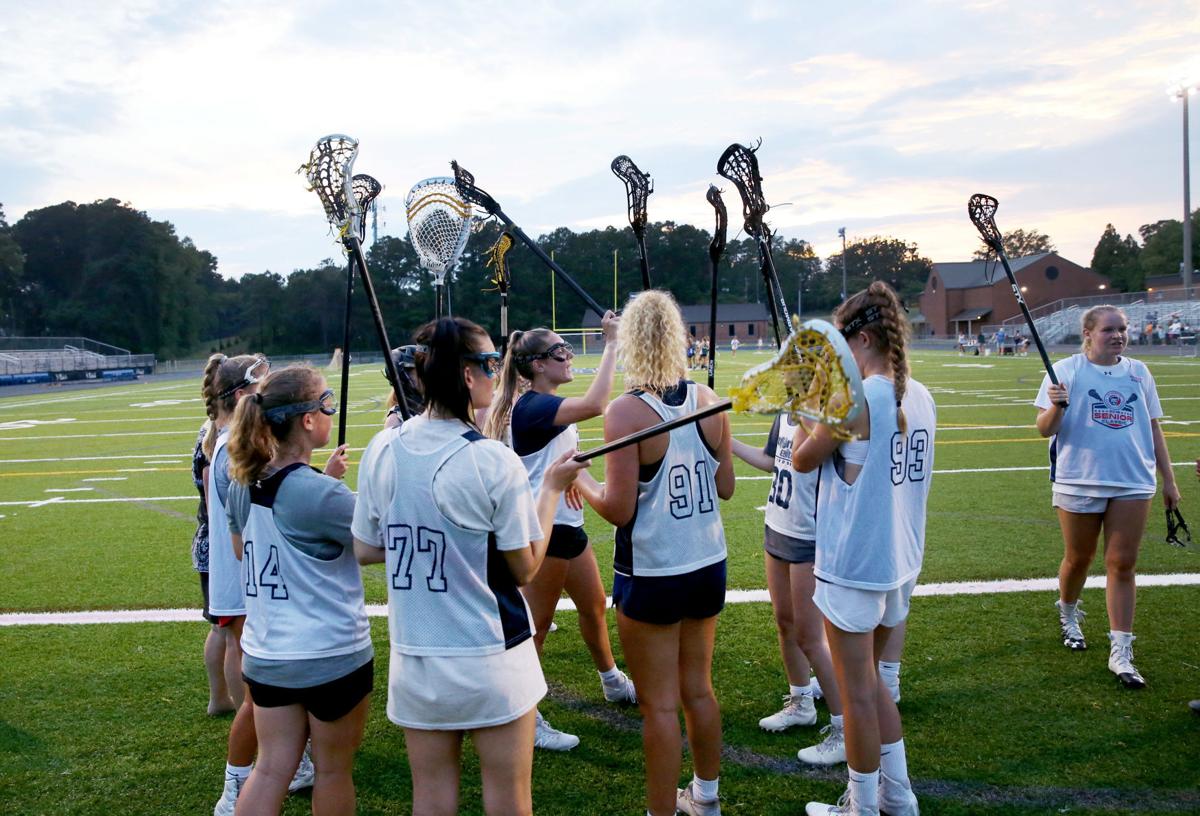 Players from a house team huddle during a high school girls lacrosse game at Douglas Freeman High School in Henrico on Wednesday. Several high school teams collected for the games, but players from unrepresented schools were able to join together for their own team. 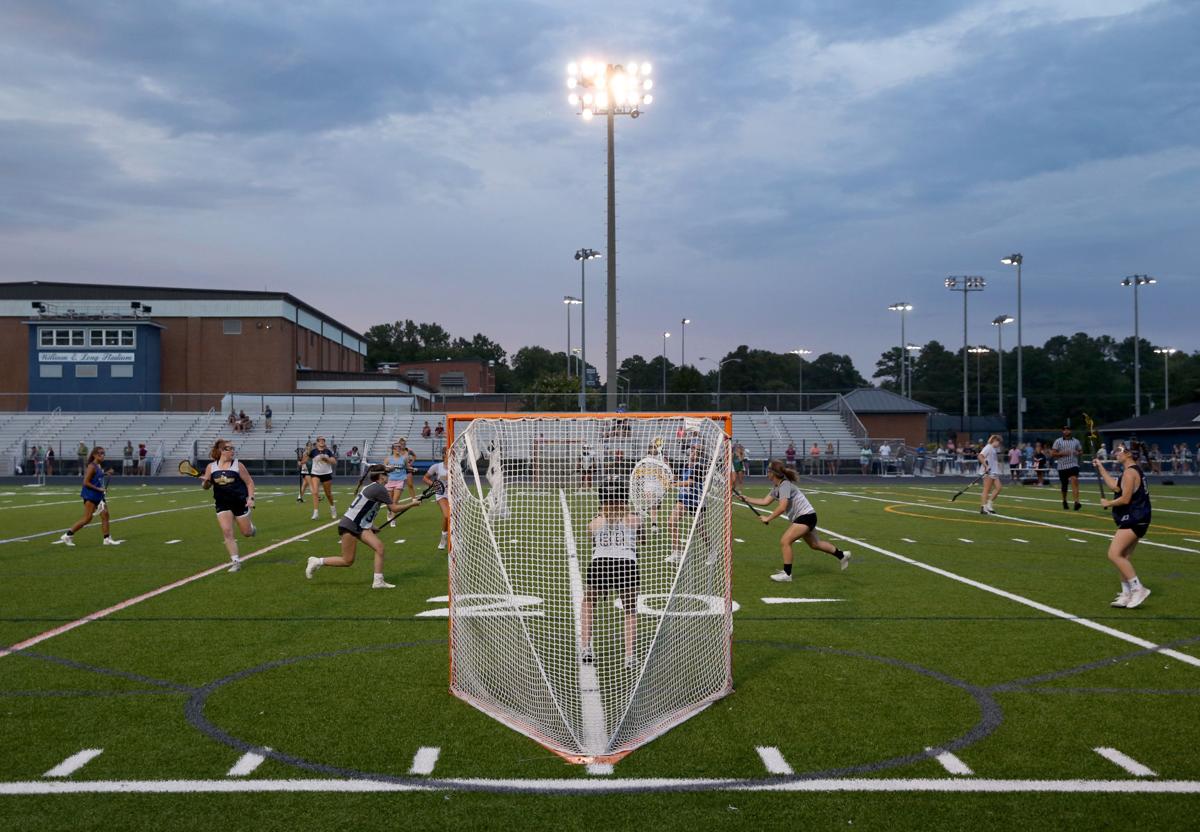 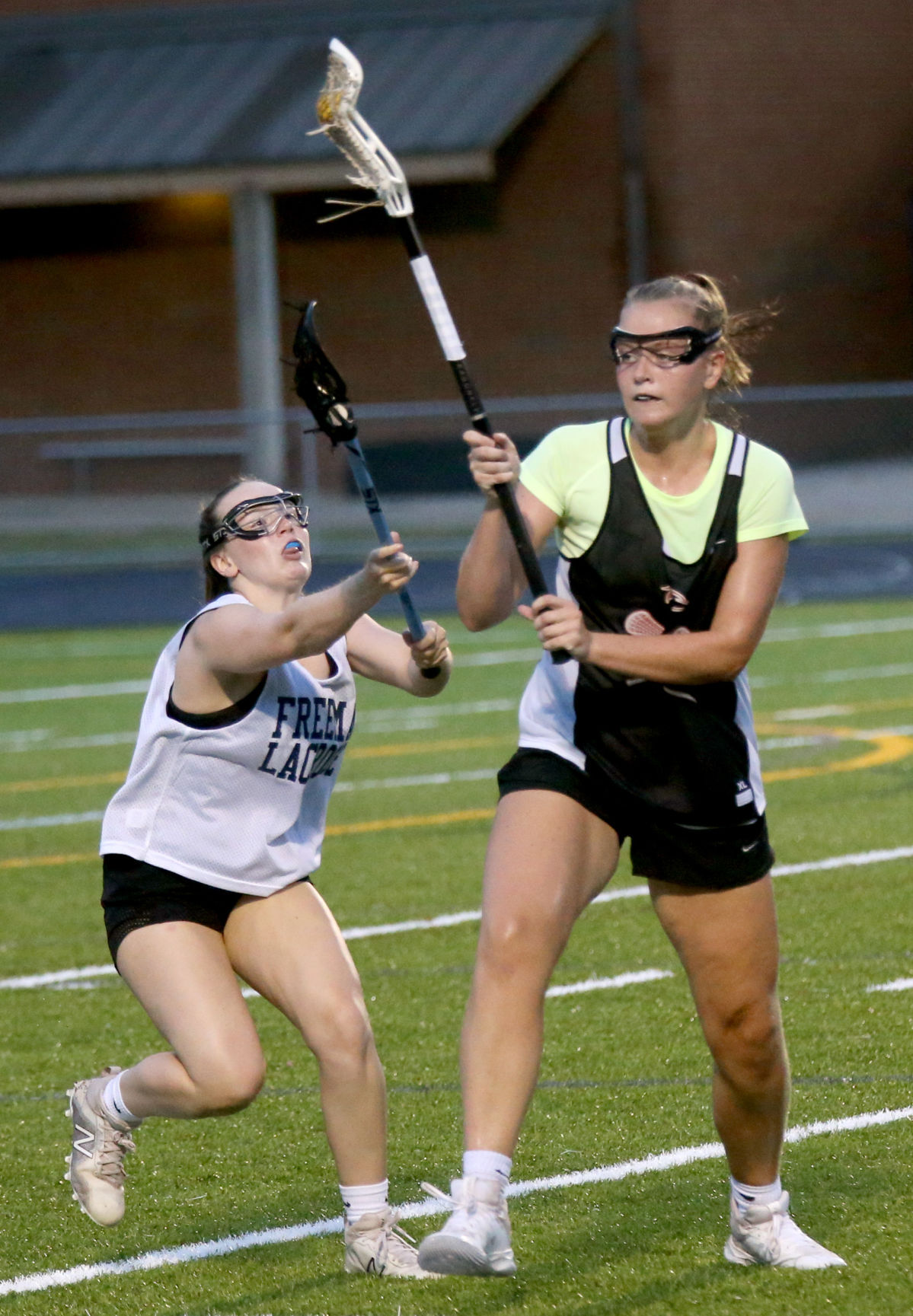 As Bill Karn explored the feasibility of staging his annual adult women’s summer lacrosse league this year, another possibility popped up.

One of Karn’s daughters, Ashley, is a rising senior girls lacrosse player at Atlee. She, like so many athletes, saw her spring season end before it ever really started due to COVID-19.

But, in putting together plans for the adult league he operates — the Women of Richmond Lacrosse League — Karn realized an opportunity for prep players. He asked his daughter what she thought about playing with her friends.

“And so I went around, like I asked a few of my teammates,” Ashley said. “And everyone was really excited about it. Because our season obviously got cut short. So I asked a bunch of people, they all seemed really into it.

With that, Karn organized a new summer circuit, to make up for the lost spring. A collection of local girls lacrosse teams was assembled — Atlee, Cosby, Deep Run, Douglas Freeman, Hanover, Mills Godwin and St. Catherine’s. An eighth squad, a house team, was formed for those whose teams weren’t competing collectively but still wanted to participate.

Each team played an eight-game schedule at Douglas Freeman High School, starting at the end of June and ending Wednesday night.

It was informal and not run in an official VHSL or VISAA capacity — players donned practice pennies instead of game uniforms and players from different schools sometimes mixed and matched on the same squads to fill spots. But, after missing the spring, it provided some the chance to play with their schools again, if only for a couple weeks.

“This has been the best thing for girls lacrosse in a long time. I mean, this has just been amazing,” Mills Godwin coach Steve Worfolk said, as he waited for Wednesday’s night’s games to start. “Our girls are out there getting experience that they wouldn’t have had because we lost our season. But, for girls who don’t get to play in the travel leagues — your best girls play in travel leagues. But most of the girls don’t get to do that, for a number of reasons.

Working with Henrico County, in addition to applying to use the field space at Freeman, Karn had to submit a sort of action plan for how the summer high school league would comply with coronavirus guidelines. He got the OK and proceeded with his slightly modified play format.

Players had to complete a pregame health survey on their phones. Teams consisted of eight players a side instead of 12. Center draws — which occur at the beginning of halves and after goals and include close contact between two players and a referee — were eliminated. Halves began with a free position at midfield instead and, after goals, goalies simply cleared the ball.

For most of the schedule, only four teams would show up on a given day to play and complete two games in a day, alternating after the first matchup. Games were conducted two at a time, sideline to sideline, near opposite end zones of Douglas Freeman’s turf field.

Officials were brought in from the Central Virginia Women’s Lacrosse Association.

Catalyzed by some of the modifications, the games were high-paced and high-scoring.

“It’s been super fun, good energy,” said Lillian Lutton, a rising senior at Lee-Davis who played for the house team, before Wednesday’s finale.

The House team, in addition to Lee-Davis, included players from schools like Glen Allen, James River, Midlothian and Trinity Episcopal. Riley Martin, a rising senior at Midlothian, said the smorgasbord of players on the house team bonded surprisingly fast.

Each team led itself, with no real coaches roaming the sidelines.

“With this, from a coaching standpoint, the girls learn amongst themselves,” Worfolk said. “You have your leaders talking to the younger ones. And I think that’s the right way to hear it, not just your coach.”

On Wednesday night, a smattering of parents and other onlookers watched from the bleacher area as the last set of games were played. One of the highlight matchups was that between Atlee and St. Catherine’s. It was a proverbial track meet, with an intense feel. The league may have been informal, but it was clear both sides wanted a win, too.

After the final games, a couple teams took quick group pictures with each other before departing.

“Everybody just has said how great it is to just be out playing again. And reconnecting,” said Karn, who is also the president of the Richmond chapter of U.S. lacrosse and the former girls lacrosse coach at Hanover (2014-16).

Some will hope to reconnect again next spring in a traditional high school season.

But, for others in the league — the graduating seniors — the handful of games provided a taste of the last hurrah they missed out on earlier this year.

“It was definitely really heartbreaking when our season got canceled,” said Annie Bartley, a Mills Godwin graduate who will play at Randolph-Macon. “We had just won regionals the year before, so we were definitely looking to come back and do the same thing.

“And when our coach reached out to us and told us that there was going to be an opportunity to play again this summer, it was definitely a no-brainer for me, to be able to play with my teammates one more time before I went to college.”

Players from a house team huddle during a high school girls lacrosse game at Douglas Freeman High School in Henrico on Wednesday. Several high school teams collected for the games, but players from unrepresented schools were able to join together for their own team. 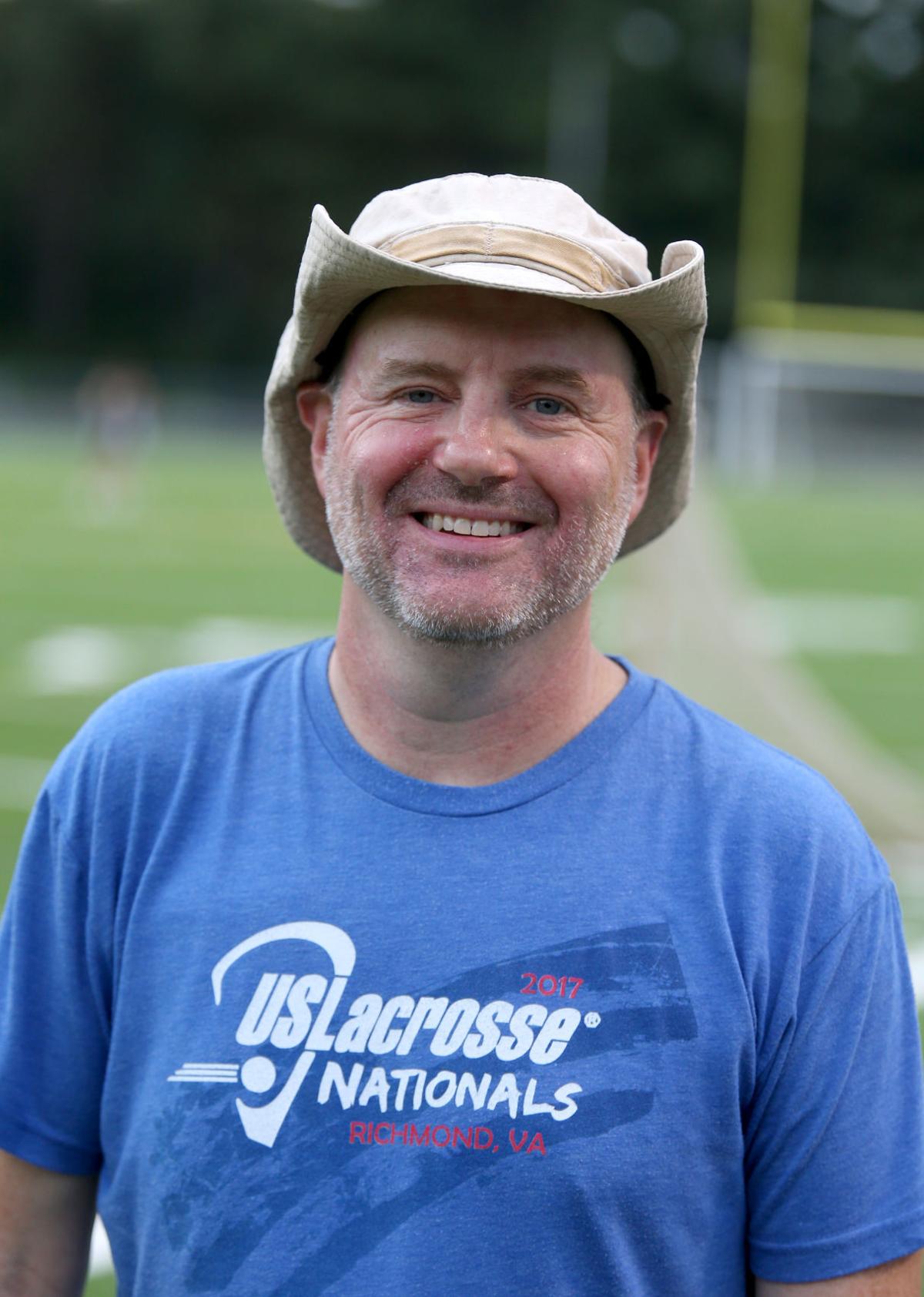