Atlee's Tyler Warren is headed to Penn State for football, but had his pick of sports
0 Comments
Share this
1 of 5 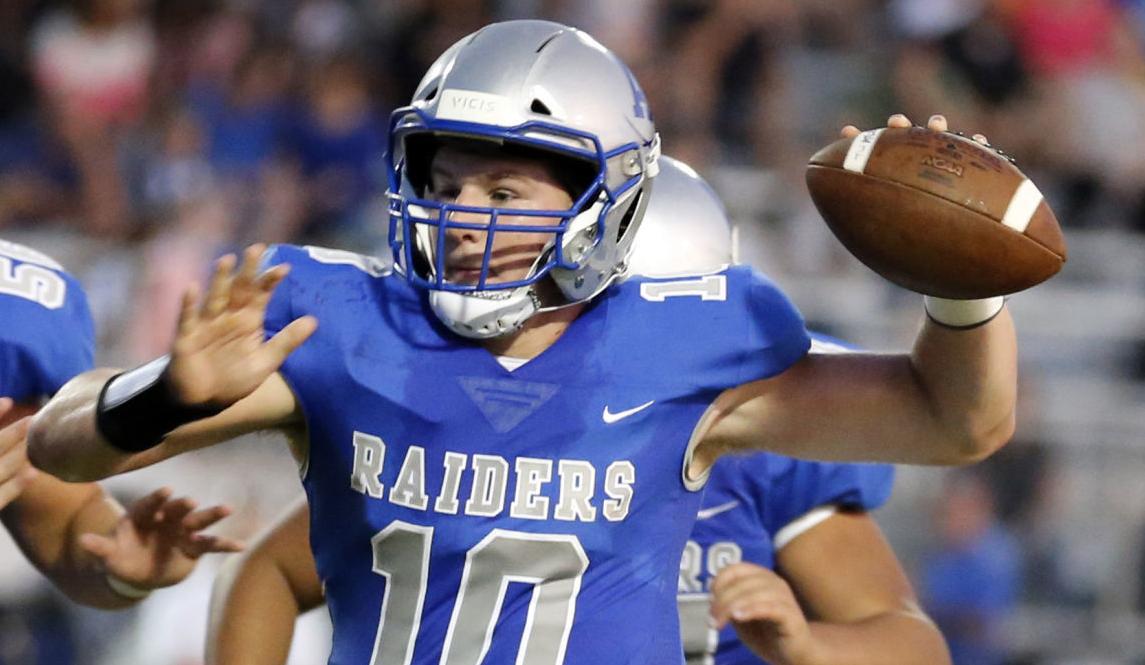 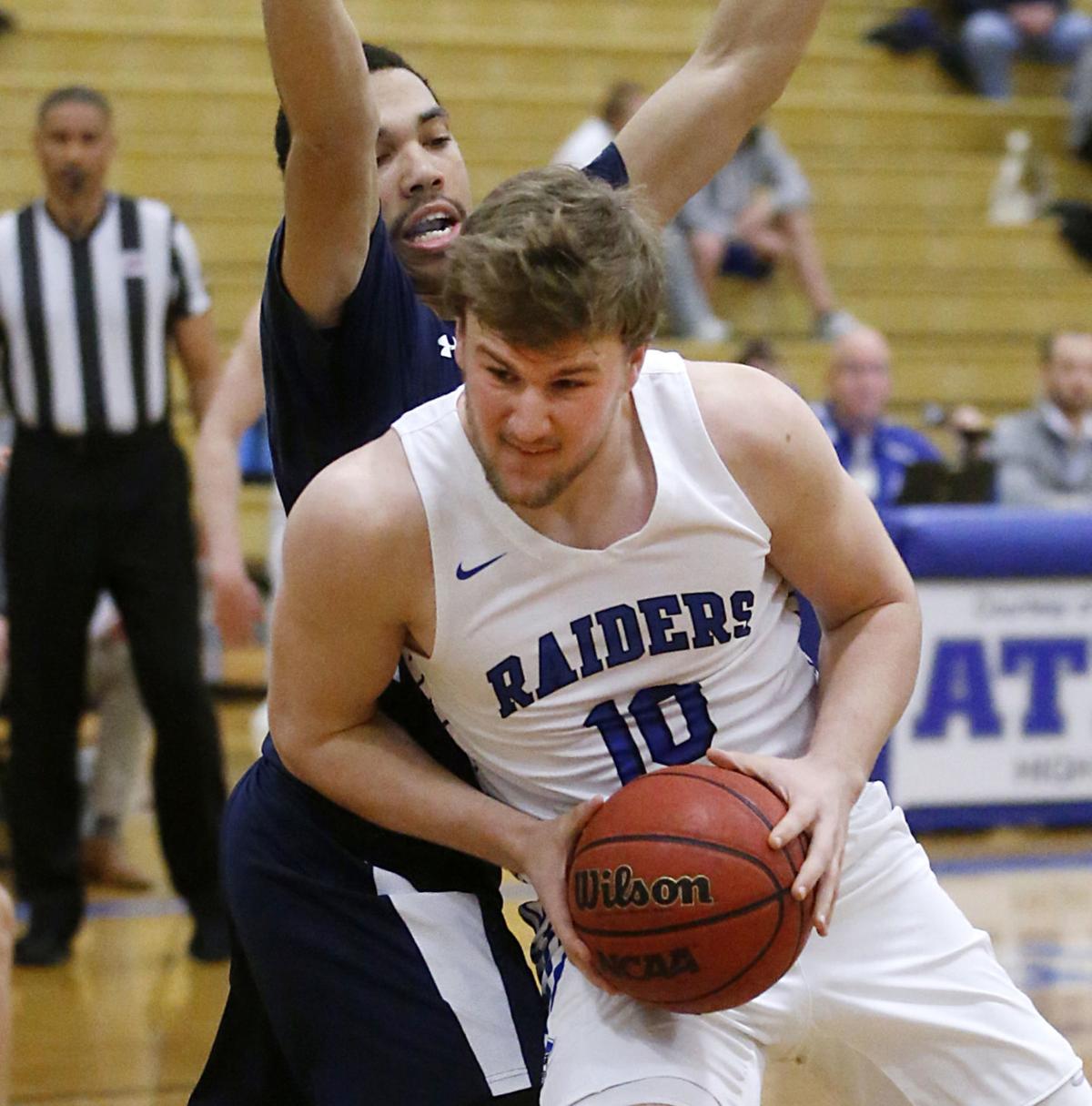 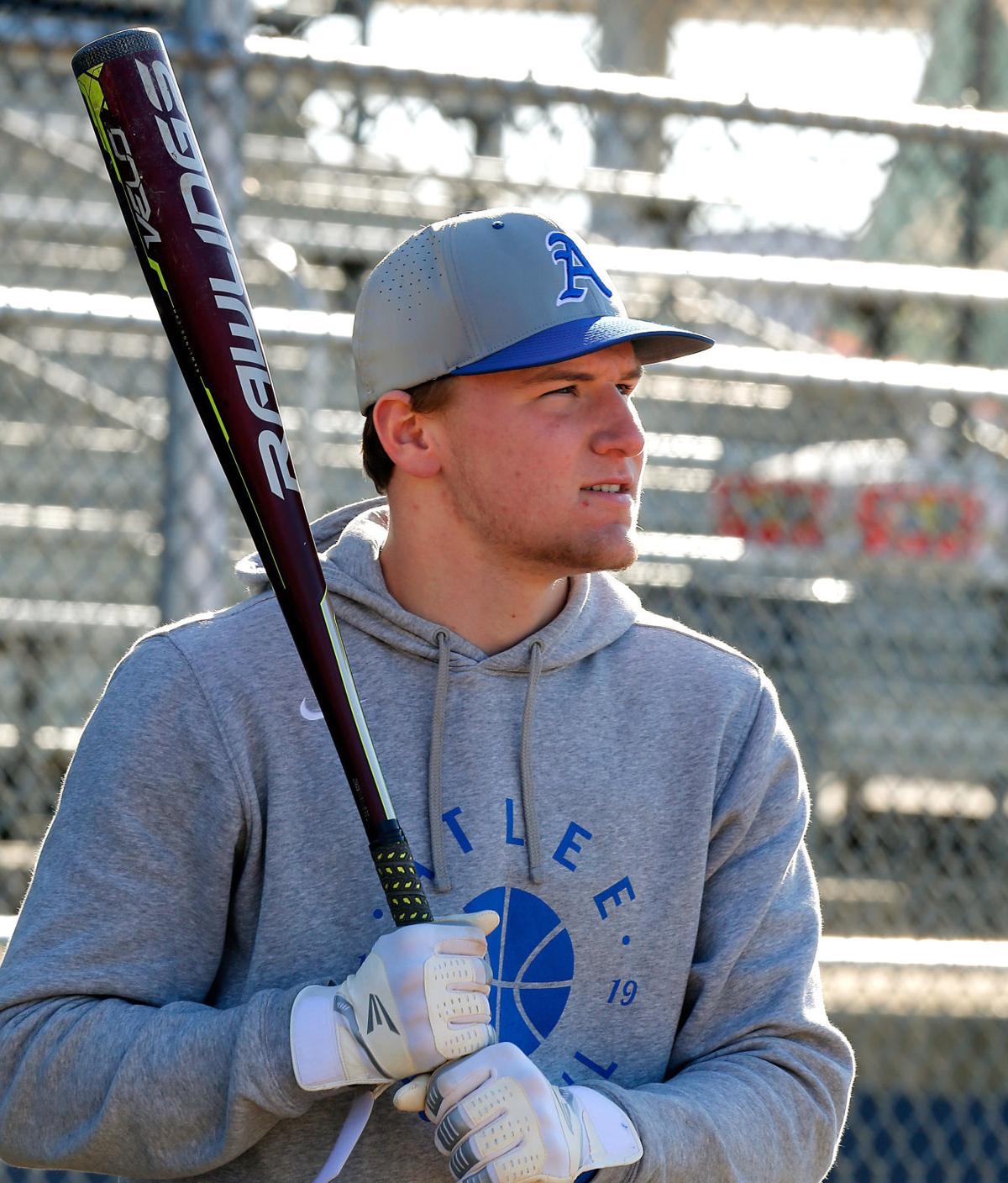 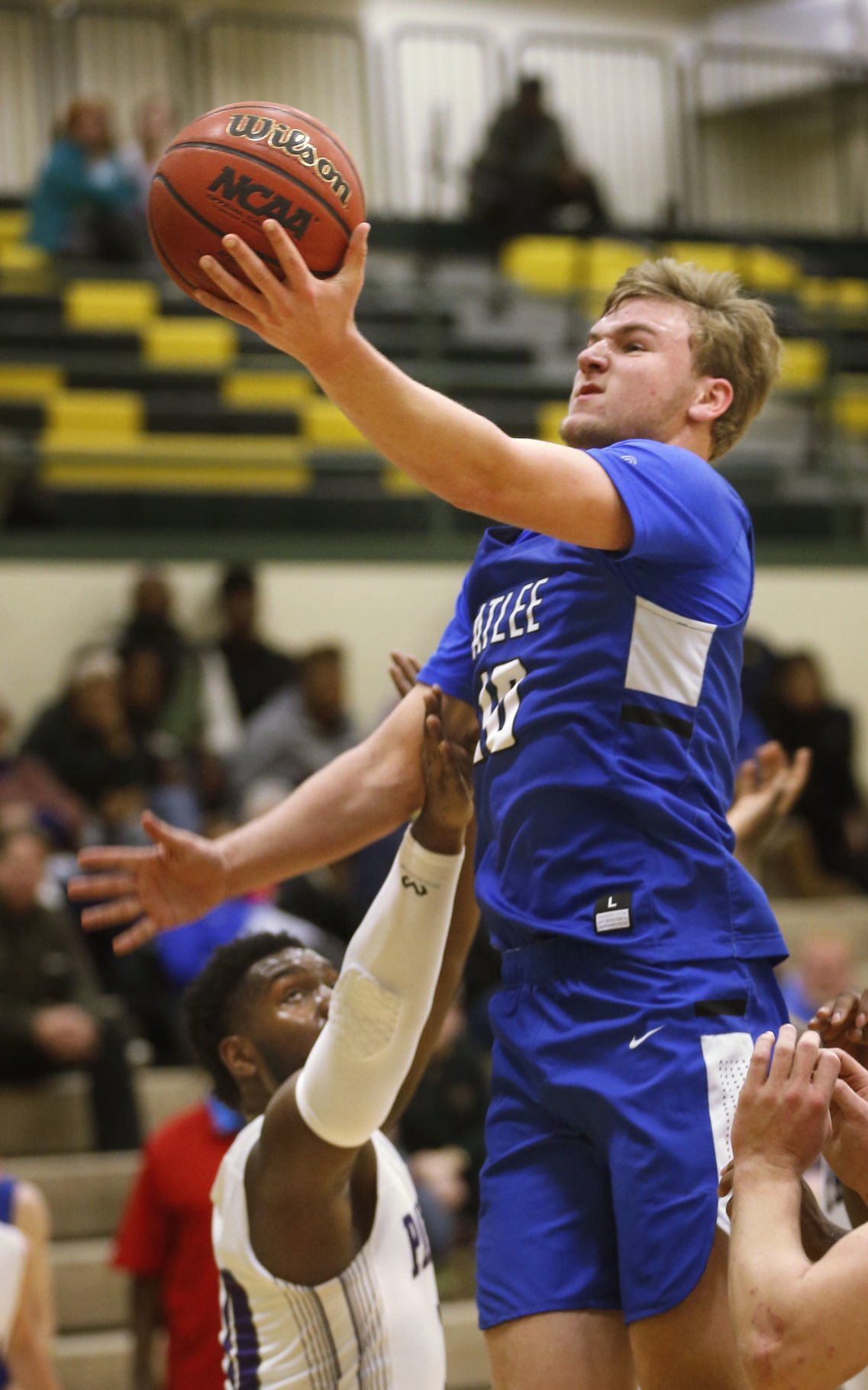 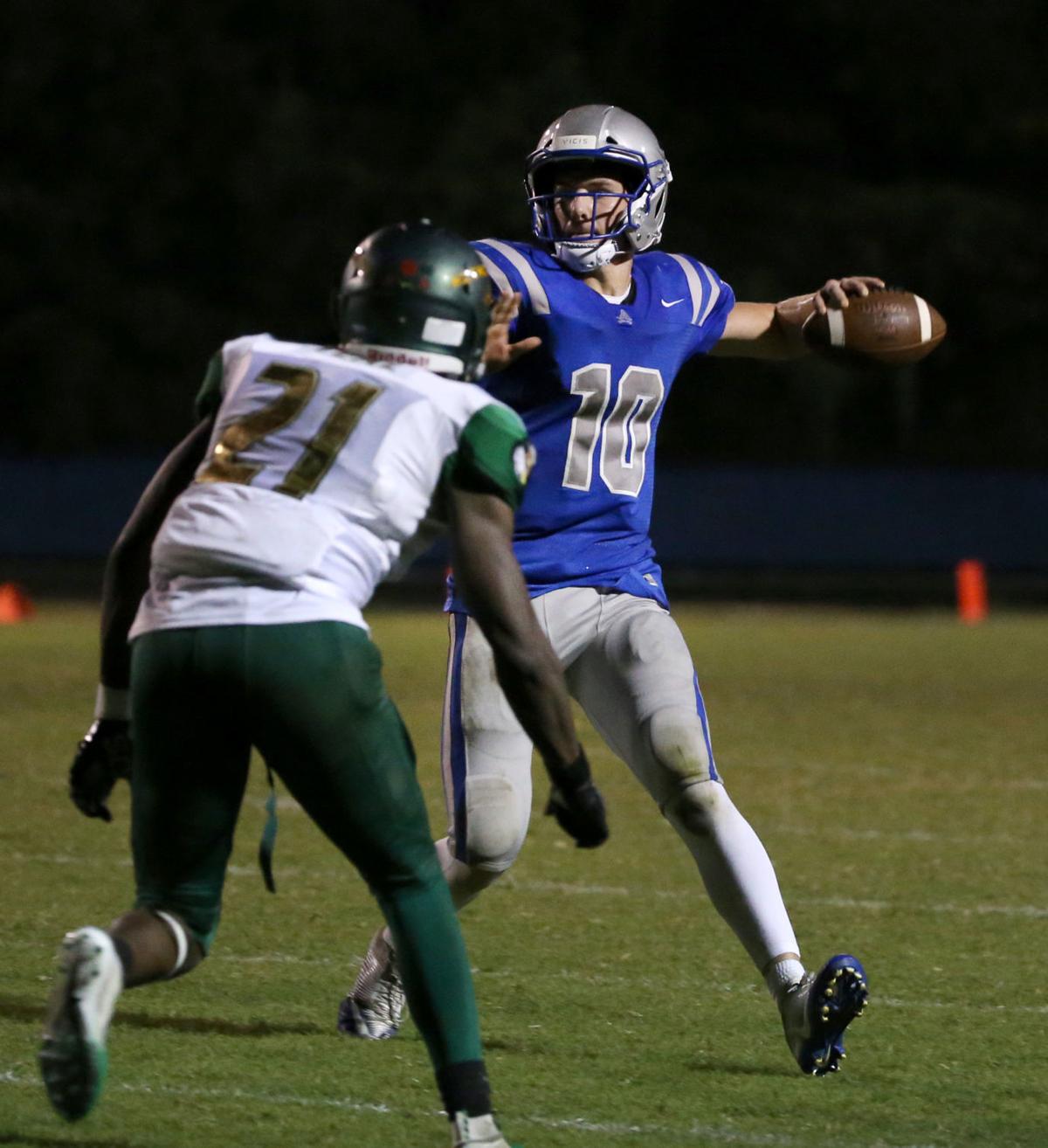 Atlee’s Tyler Warren searches for a pass during a game against Henrico on Friday Oct. 5, 2018.

The Richmond News Leader started naming “All-Metropolitan” teams in football, basketball and baseball in the 1950s.

Girls basketball joined the list in the latter part of the 1980s, swimming in the mid-‘90s. By the late ‘90s, almost all of the area’s boys and girls sports in the region had an All-Metro team (players outside the city of Richmond and the counties of Chesterfield, Henrico and Hanover weren’t eligible until 1992, when The News Leader merged with The Times-Dispatch).

Which brings us to Atlee’s Tyler Warren. Before reporting to Penn State recently for his freshman year in football, the 6-foot-6, 235-pound Warren was first-team All-Metro in football (twice), first team in baseball (last year) and third team in basketball (this year), making him the rare local athlete to make it in three sports.

Warren was a two-time pick in football as a punter, although the group of writers and broadcasters selecting the team certainly could have put him in other positions. He was a quarterback, played multiple positions on defense and punted. Warren passed for 1,242 yards (15 touchdowns, eight interceptions) and ran for 570 yards (nine touchdowns) on offense. He averaged 38 yards punting, placing seven inside the 20-yard line.

As a junior outfielder in baseball, Warren hit .469, had a .539 on-base percentage and drove in 25 runs. A chance to repeat this year was nixed after spring sports were canceled by the coronavirus pandemic.

“If he wanted to, I bet he could play D-I for any of the three sports he played,” Atlee baseball coach John Corbin said.

More remarkable, perhaps, is Warren’s coaches say that while he made strength and conditioning a priority, he focused on the sport that was in-season, picking it up as if he’d never stopped.

“He was just dedicated to getting bigger and stronger and better at whatever he was doing,” Corbin said. “He’s athletically gifted, but he works his tail off, too.”

Atlee football coach Matt Gray said the one thing Warren wasn’t going to do was limit himself to one sport in high school. Neither were his coaches.

“High school … should be an opportunity for you to experience all things,” Gray said. “I think the specialization is there for college. I think that’s the way it should be handled with every kid. You’re looking at high school sports, and there’s such a demand to specialize. I think it’s a total disservice to that athlete. But that was one thing I think we celebrated and are very proud of.”

Warren’s priority now is football, and he’ll play tight end for the Nittany Lions. Penn State doesn’t allow freshmen to talk to the media, so we’ll let his high school coaches talk about his ability to excel at three sports.

In one game, Warren threw for a touchdown, ran for a TD, made a TD-saving tackle, blocked a punt and had a lot of tackles.

He played quarterback, safety, defensive end, linebacker and punter in that game.

“He’s so valuable,” Gray said. “We’d have kids go down [with an injury], and he’d be beside me on the sideline and he’d say, ‘I can do it.’ He didn’t want to be pigeonholed.”

As much as Gray and others rave about Warren’s athletic ability and knowledge of every sport, Gray raved as much about Warren’s character, saying it was his No. 1 strength and describing him as “super humble.”

“This was a librarian who sees every student in our school. When I say super humble. … I don’t think he wants to draw a bunch of attention to himself. He’s very unique and he’s different.”

Warren was a great teammate, Gray said, fun to be around, a good friend, a hard worker who didn’t take his ability for granted, and a competitor.

“I mean the ultimate competitor,” Gray said. “You talk about a guy who does not like losing. It doesn’t really matter [in what].

Axselle said if Warren had specialized more in basketball, he “maybe could have been an A-10-type player.”

“He’s an athlete playing basketball, but he understands how to play basketball, too,” Axselle said. “He has a very diverse game in forms of shooting. He’s not the greatest ballhandler because part of that deals with he doesn’t play that much. But he can score midrange, on 3s and in the post. That makes him tough to stop. And being a 6-5, 6-6 athlete, it’s a tough matchup because you put a little guy on him, he takes him into the post. You take a big guy and he can make one or two dribbles, and he can shoot a 3 on you.”

Axselle said Warren’s “physical strength is above everybody else’s.” He’s explosive as a jumper, throwing down some thunderous dunks, and has the quickness to defend guards.

“His multifaceted skill set is what’s crazy,” Axselle said. “He goes from the football field, pounding guys, running guys over, making great passes, to shooting 3s and getting rebounds and blocking shots, to baseball. That’s probably the toughest thing to do, go to baseball. He’s just so skilled at so many different things it’s crazy.”

Gray knows a major league coach who discussed Warren’s potential to be drafted in baseball.

A center fielder and pitcher, Warren has “ridiculous speed,” Corbin said, and has a terrific arm and terrific power. Corbin said Warren “easily” would have hit 90-plus mph on the mound this year had there been a season.

“He has unbelievable hands,” Corbin said. “The amount of power that he possesses from all the workouts he does for football and everything …

“Tyler, [the ball] just came off his bat a little different. … It’s hard to describe, but he would hit balls that would like be 10 feet off the ground, and within three seconds they’re off the fence. It’s just like a ridiculous amount of power you don’t see from a normal [high school player]. That’s why I was disappointed I didn’t get to watch him this year because he was 20 pounds heavier and two inches taller.”

Corbin said after Atlee lost in the basketball regionals this year, Warren “came out to [baseball] tryouts and I think it was about 48 degrees and he one-hopped the fence three or four times. And I’m just like …”

“It wouldn’t surprise me,” Corbin added, “unless he finds something else he enjoys doing in the real world, to see him on Sundays [in the NFL].”

Gray said there is one sport in which Warren does not excel: golf.

Atlee’s Tyler Warren searches for a pass during a game against Henrico on Friday Oct. 5, 2018. 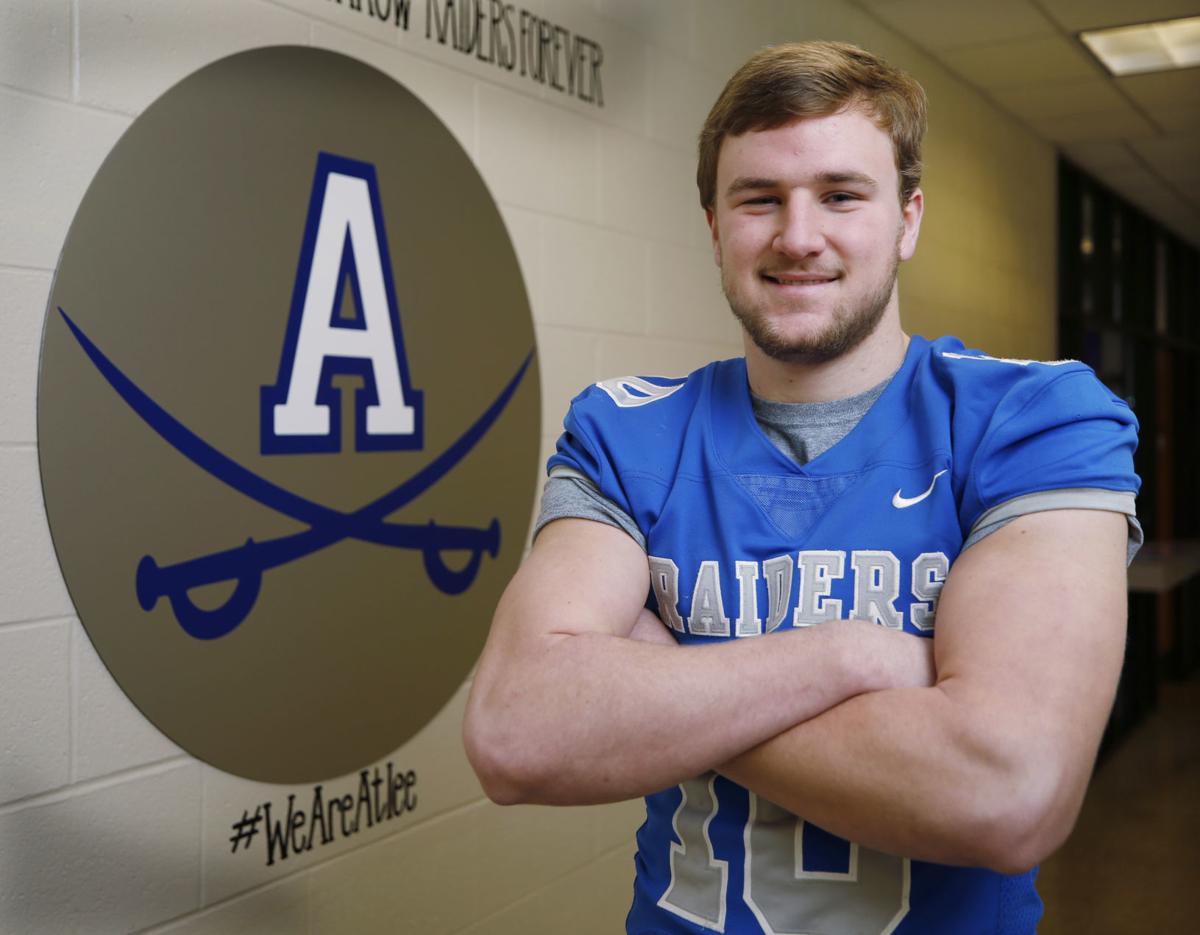