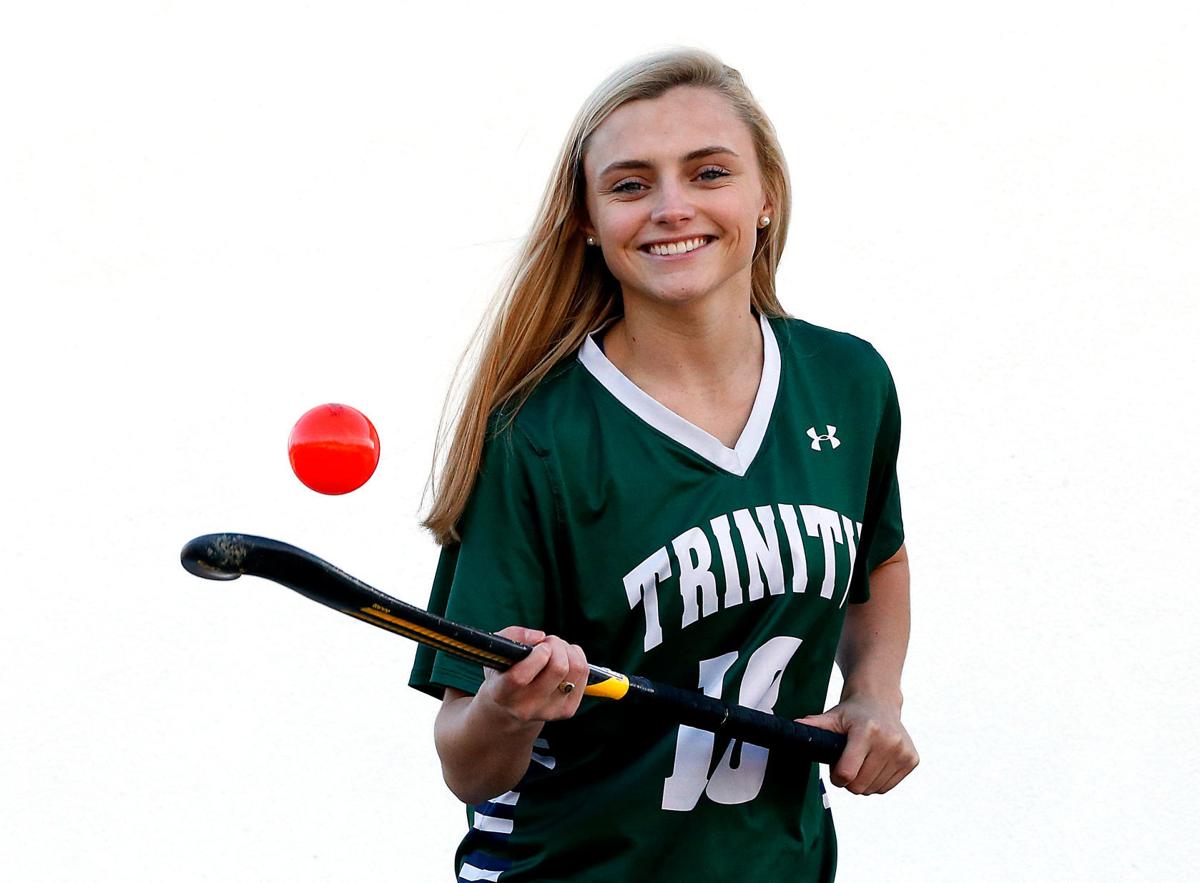 Cori Nichols was a four-year starter on Trinity Episcopal’s varsity field hockey team, growing from a quiet player into one who helped captain the team as a senior. 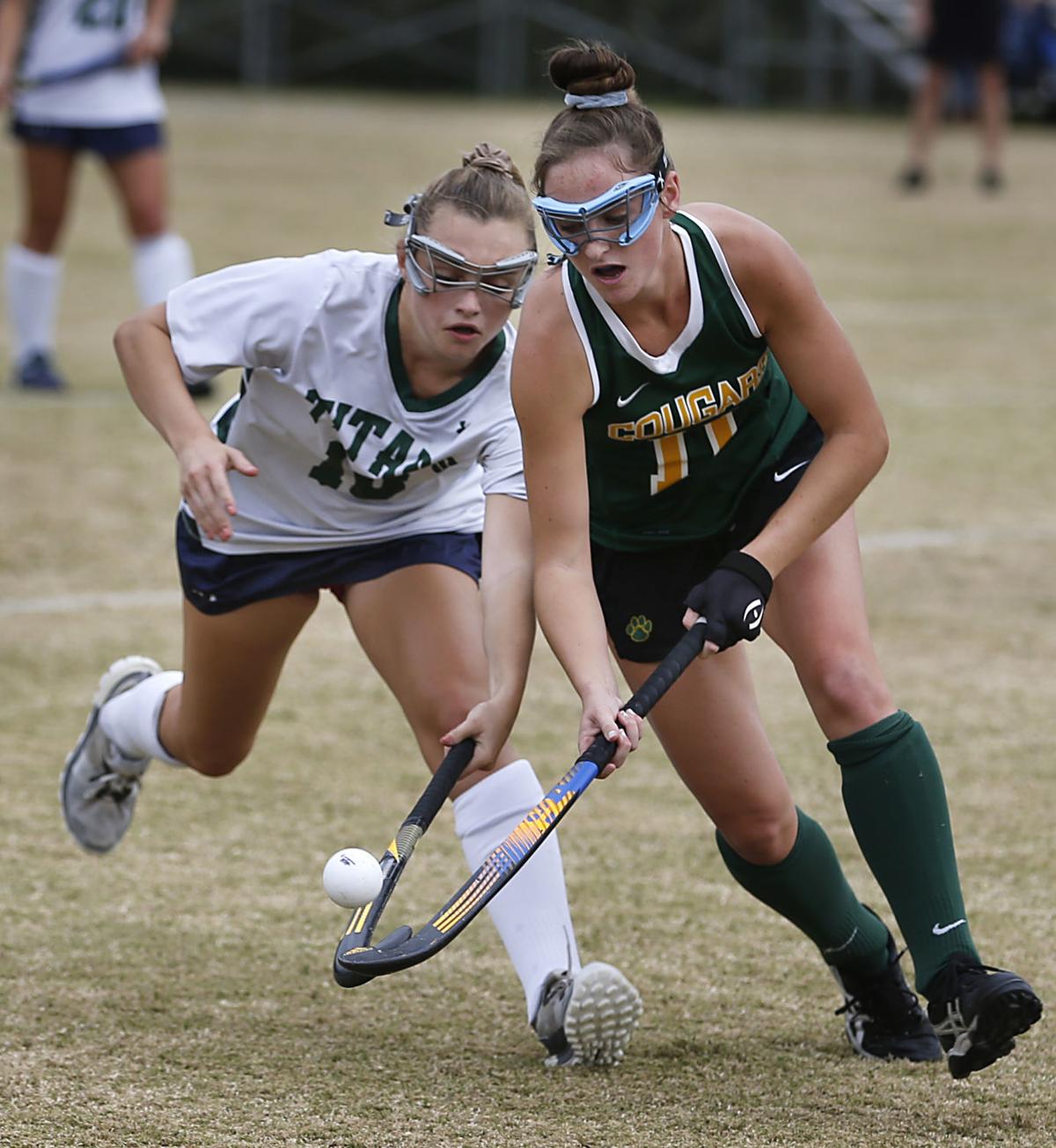 Trinity’s Cori Nichols and Collegiate’s Hallie Brost vie for control of the ball during the LIS Field Hockey championship Thursday, November 1, 2018, at Trinity.

Field hockey has been a part of Cori Nichols’ life for as long as she can remember.

Before she picked up the stick in third grade, her older sister, Abby, played, and even further back, her mother, Heather, had played the sport at Monacan and then went on to play at a collegiate level.

For some players, that much exposure would lead to burning out on the sport, but for Nichols it's been the opposite, and it's what led her to play at Trinity Episcopal and commit to the University of Richmond for college.

“I knew I would be coming into such a great hockey program, and that’s one of the things I wanted to build on as a player and teammate,” she said of Trinity. “You know you’re coming to a place where it’s held to a high standard.”

The Titans have won the last five LIS regional titles and collected their first back-to-back VISAA Division I state championships this season. They haven’t lost a game since 2017.

As a defensive midfielder, Nichols helped hold her team’s end of the field as the Titans outscored their opponents 105-6. She had three defensive saves, and contributed offensively with 10 goals and 10 assists. She was often matched against the opponent's best player defensively.

Trinity has been a big part of the Nichols family tradition, something that will continue into the future.

Heather is now an assistant coach to the team, while younger sister Lainey also joined the field hockey team during the 2018 season as a freshman.

The team has brought them all closer together, Nichols said.

“Surprisingly, I actually like it,” Nichols joked. “We’ve always grown up playing around each other, but now that we’re on the same team, it’s actually really nice and makes [Trinity] a little bit more homey. … It feels natural.”

Nichols was a four-year starter on Trinity’s varsity team, and that gave head coach Margie Snead the opportunity to watch her develop as a player and as a person.

While impactful during her freshman year, Snead described Nichols as quiet and reserved both on and off the field, to the point of earning the nickname “Ninja” from her coach.

Nichols remains somewhat reserved, but Snead said that with time came the confidence to communicate, hold down midfield and take responsibility for the game as one of the Titans’ senior captains.

Still, after a season that earned her the player of the year title from the Times-Dispatch, LIS and VISAA, plus an all-region nod from the National Field Hockey Coaches Association, how is Nichols feeling about the attention?

“It’s kind of overwhelming. It feels really nice to be recognized, and I’m grateful for that. … But I think I’ve had enough attention for awhile,” Nichols laughed.

Cori Nichols was a four-year starter on Trinity Episcopal’s varsity field hockey team, growing from a quiet player into one who helped captain the team as a senior.

Trinity’s Cori Nichols and Collegiate’s Hallie Brost vie for control of the ball during the LIS Field Hockey championship Thursday, November 1, 2018, at Trinity.