'For those kids, it’s life-changing': Thomas Jefferson's football team is in the middle of a historic turnaround
0 comments
Share this
1 of 4 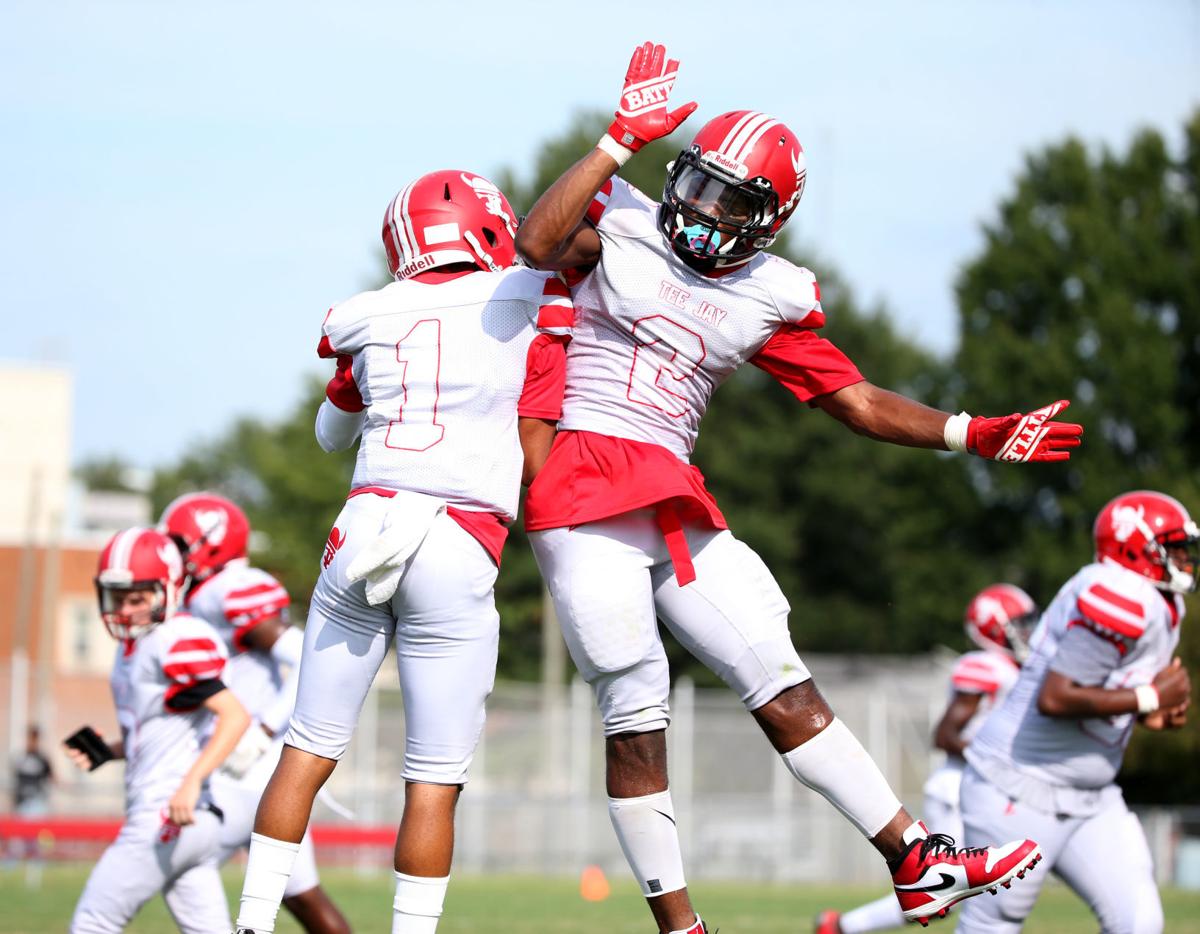 Thomas Jefferson’s Jaylen Tyler (1) and Shamar Graham celebrated a score during a 56-6 victory over Armstrong in September. 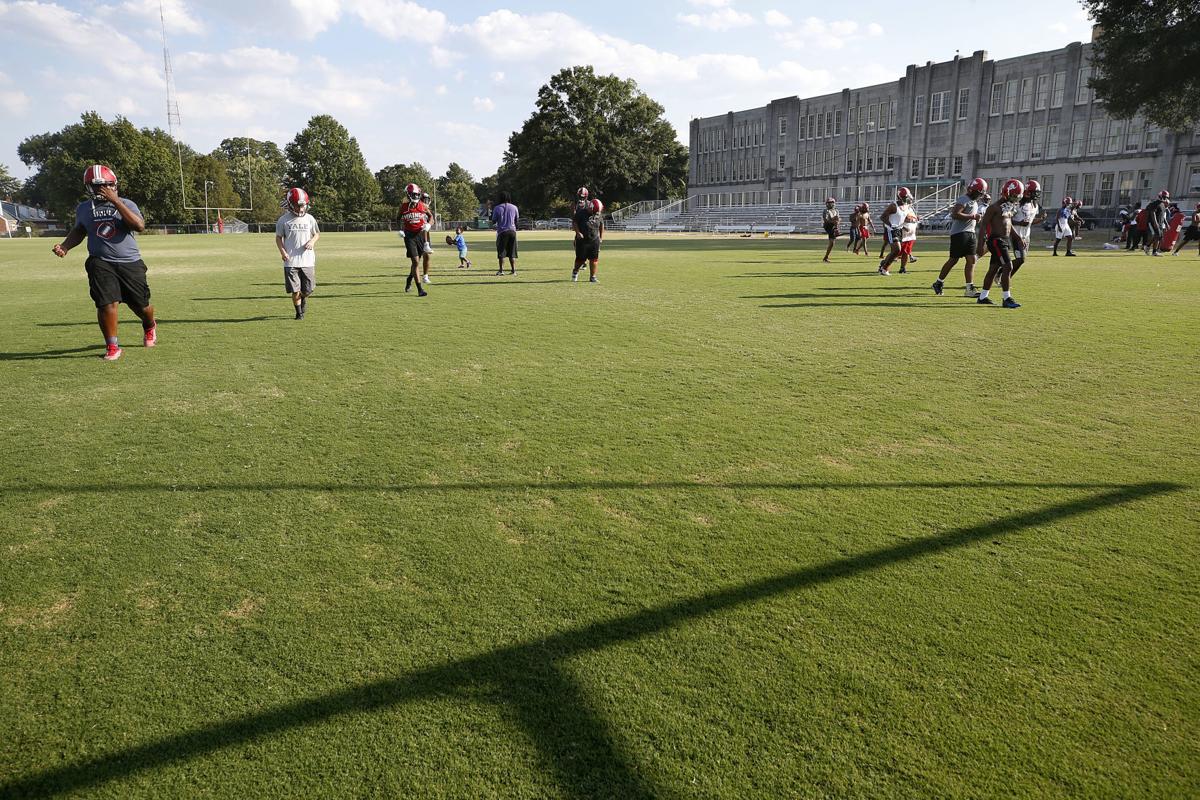 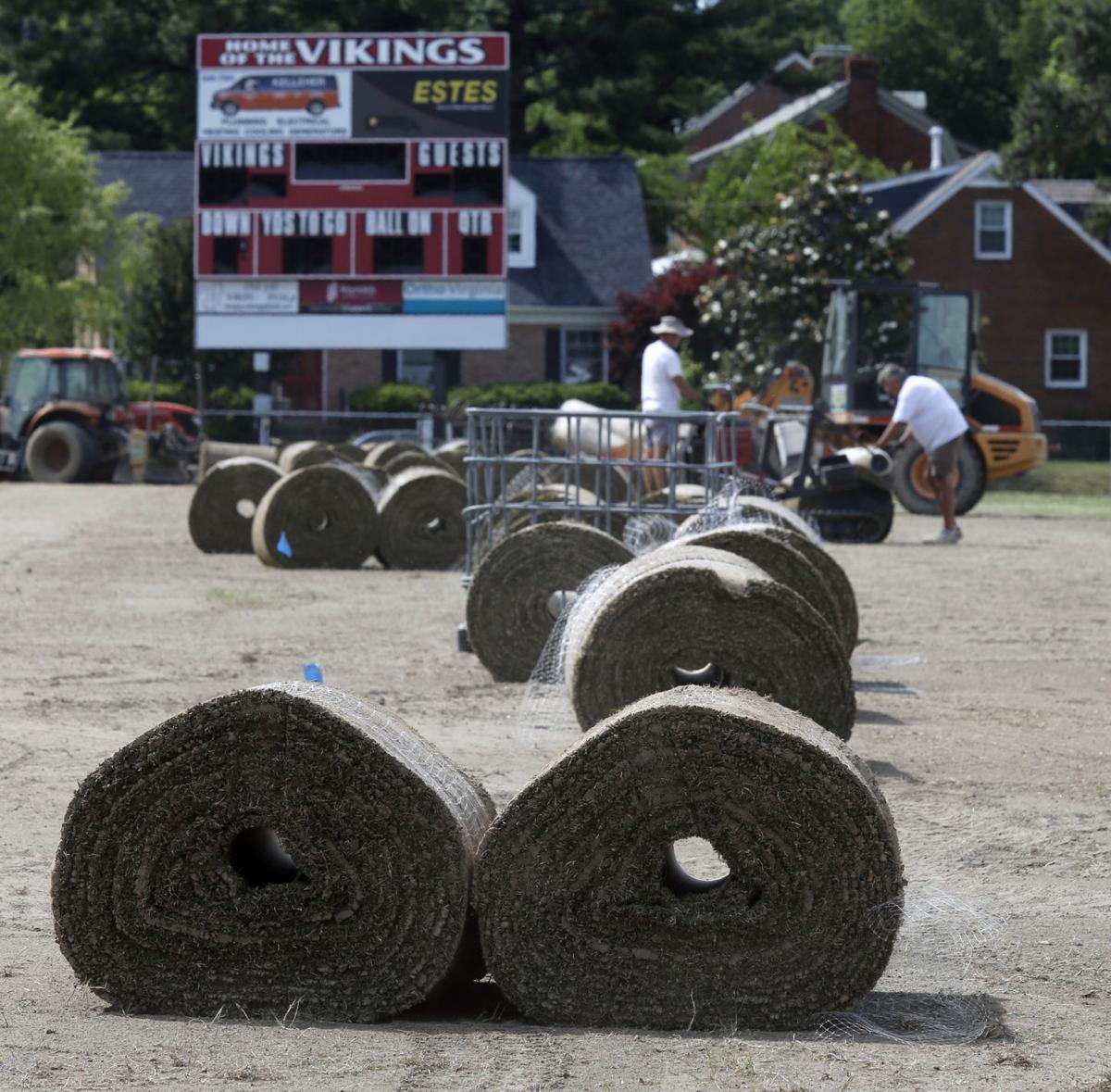 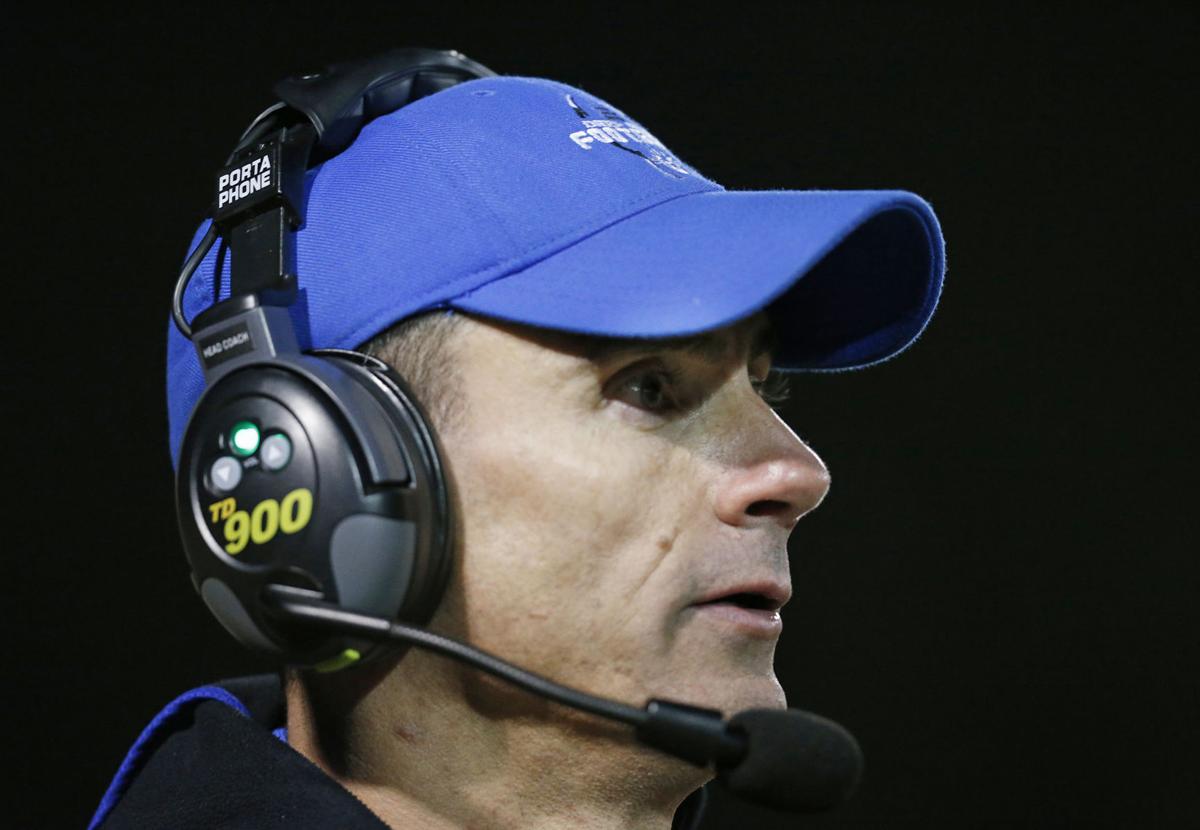 The era of winless or few-win football seasons at Thomas Jefferson High ended a few years ago, but senior cornerback Jacobi Harrison figures it got an official goodbye in May.

New sod went down on T.J.’s field, which has been behind the school since it opened on West Grace Street in 1930. As far as activities director Bill Holt can determine by talking to people who played on it in the 1950s, this is probably the first time it’s had new grass since the original, when Herbert Hoover was president.

The uneven spots and corners of the end zones where a cinder track cut through them were covered, sort of like the record of a team that went 46-260 from 1986-2016, had 13 winless seasons and endured two of the longest losing streaks in the Virginia High School League.

Harrison and his teammate know more about winning — 8-4, 7-5 and 8-2 the past three seasons under coach P.J. Adams — and talking about the playoffs. The top-seeded Vikings (8-2) play eighth-seeded Brunswick (5-5) in the first round of the Class 2, Region A playoffs Friday night. T.J.’s field doesn’t have lights, so the game is being played at Huguenot.

Harrison has heard enough from his father to have some understanding of just what that means. He played at T.J. during good seasons in the 1970s and has mentioned a dry spell.

Since he was a freshman, Harrison said, “it’s like you could see the buildup of confidence and feeling that our time was about to come.”

Senior wide receiver Akim Scott says when he’s out and about and wearing T.J. football gear, alums of the school will tell him to keep the good times going.

That should make Chad Hornik smile. Starting in 2012, Hornik and others became the catalysts of a slow turnaround for the city-school program.

“It’s tremendously rewarding to see that something you helped push in the right direction has continued to flourish,” said Hornik, now the coach at Deep Run. “I’m just happy for the kids. … For those kids, it’s life-changing.”

The Vikings lost 53 consecutive games from 1998 to 2003, the second-longest streak in the VHSL. They were on a 41-game losing streak — tied for the sixth longest — when Hornik became the coach.

Pretty much everything was in need of an overhaul.

With little funding available, Hornik, with the help of T.J. alum Albert Negrin, got permission to start the Tee Jay Vikings Fund, a nonprofit booster organization to support the school’s athletics and other improvements at the school.

“It was kind of like this non-stop effort to bring the standard of the program to at least where the other schools in the region had their programs,” Hornik said.

They raised almost $245,000 during Hornik’s tenure, he said, and replaced or got new things: equipment, a weight room, lockers, blocking sleds, radio headsets, a scoreboard, an irrigation system.

Wins (9-32) weren’t abundant during his four seasons, but more important was what he was establishing with facilities and accountability.

Holt kept that going when Hornik left. He arrived as AD in Hornik’s third season in 2014. Holt had been part of other rebuilds while coaching football for 48 years with high schools and college teams.

“When I first got there, it was not a real good culture as far as the overall athletic piece to the school,” he said. “I made a conscious effort to start to change that culture, and it starts with who’s coaching your teams, what the philosophy is, what the building’s philosophy is and how it applies to athletics.

“We put a lot of pressure on [players] to do well in the classroom, not only academically but to do the right thing. The expectations are they’re school leaders.”

Also starting to work in T.J.’s favor: aligning with schools with similar enrollments and a more competitive schedule. Until 2013, Central Region teams played in Group AAA (schools with the largest enrollments).

Several of the schools in the region, including the five main Richmond city schools, had much smaller enrollments but opted to stay in Group AAA mainly because of geography and rivalries.

The VHSL came up with a new alignment in 2013 that divided the state into six classifications instead of three. The city schools were placed in lower classifications, where enrollments were more equal.

The Vikings dropped some of the larger schools in the old Colonial District from their schedule, although some were kept.

T.J. had 578 students near the end of last year, according to figures the VHSL used to classify teams. In this year’s new alignment plan, the Vikings dropped to Class 2. They will stay there through 2022-23.

With no JV team, T.J. has 47 on the varsity roster, although Adams and Holt said it’s more about having talented players than numbers.

Adams was Hornik’s defensive coordinator at T.J. for three years before becoming an assistant at Atlee and Hanover. He came back as the Vikings’ head coach in 2017, following one season coached by Chris Mitchell.

Adams says there have been talented athletes at the school through the years and knew he was inheriting some. He stressed conditioning, being mentally tough and being prepared, and everything came together in a major breakthrough in his first season.

Behind running back Jalen Jackson (now at Villanova) and quarterback Anwar Wilson-Bradley, the Vikings went 8-4 and lost in the region semifinals to Culpeper 14-7. It was their first winning season since 1976 (excluding the years from 1979-85 when they combined with Huguenot and George Wythe as one school for sports).

“It became like a weekly thing. A lot of first-time stuff,” said Adams, who played for legendary coach Lou Anderson at Virginia State. “Now we’re trying to get out of the first times. We’re trying to be a contender in [Class] 2, which we think we are.”

“I think that’s what breeds the culture of winning,” he said. “A lot of these kids in Richmond, they need something to play for, and a way to get out of this area. … We’re trying to give them the opportunity to go somewhere.”

Adams and Holt said they’ve had one other key ingredient: support from T.J.’s administration and the school system. Adams said he’s always had good equipment. And in August of 2018, Richmond Public Schools allocated funds for gym floor upgrades at several schools, a new eight-lane track at John Marshall and the field at T.J.

“Our old field used to have like potholes, places you’d twist your ankle in, all beat up,” Harrison said. “It was pretty sad. When you get a new field, it’s very rejuvenating. That was probably the last reminder. We got rid of that. I feel like it signifies a new era of T.J. football.”

Thomas Jefferson’s Jaylen Tyler (1) and Shamar Graham celebrated a score during a 56-6 victory over Armstrong in September.