Note: This story is the final in a three-part series on declining participation in high school football. The first focuses on Hopewell, which has a large team despite a small student population. The second addresses Deep Run, which won 11 games despite having one of the area's lowest participation rates.

When Jim Henderson was hired as Monacan’s football coach in 2013, there were 114 boys in the program, enough to field varsity, junior varsity and freshman teams. A year later, the roster shrank to 93 and the freshman squad was dissolved midseason.

The number of football players at the Chesterfield County school has continued to decline — it reported just 67 players in junior varsity and varsity combined in 2018. But the overall talent of the program never really diminished, coach Jim Henderson said. The kids who were less interested in football quit, while the die-hard loyalists stayed. And the team’s success rate on the field never dropped — Monacan has won between eight and 11 games each of the past six seasons.

Across the nation, participation in high school football is on the decline. From 2012 to 2018, the latest year with available data, participation has dipped 8% nationally, 13% in Virginia and 15% in the Richmond area. Concern over injuries, specialization in one sport and the rise of competitive video games have been cited as reasons for football’s decline.

In the Richmond area, some schools have seen their numbers plummet. At Meadowbrook, the roster has shrunk 49%. Colonial Heights, Hanover and Mills Godwin have experienced declines of 44% or more. Of the 42 local schools that reported participation numbers to the Virginia High School League or the Richmond Times-Dispatch, 31 saw their football rosters contract between 2012, when the decline began statewide, and 2018.

Freshman teams, once a staple of high school football, have all but gone extinct.

But even as the sport has shrunk, something curious has taken place — the quality of football has gotten better in greater Richmond. The area is sending more recruits to high Division I college programs than before, and it has won 21 state titles this decade.

And it’s clear how they got here: hard work. High school football players are practicing year-round, playing 7-on-7 in the spring and working with individual position and strength coaches.

It turns out, these opposite forces are two sides of the same issue. As the sport is played at a higher level and becomes more competitive, more students are deciding the early-morning workouts, the continuous training and the fighting for a starting spot just aren’t worth it. The barrier to entry is higher than ever before. High school football in the Richmond area is simultaneously threatened and thriving.

“A lot of people aren’t willing to put in the time commitment, and you’re only getting the quality kids who are willing to,” Henderson said.

Even as a team shrinks, it doesn’t necessarily suffer on the field. Deep Run, Douglas Freeman and Monacan posted winning records this year despite seeing their rosters decline by 30% or more since 2012. Though they aren’t flush with players, they do have a number of talented players, which is likely a bigger indicator of success than participation rate.

Charles Scott, who coaches the Life Christian team and started his own youth football organization, said kids are learning more in youth football than before and playing a broader range of competition. If a youngster plays for a travel team like the Chesterfield Falcons, a member of the American Youth Football league, he might have the opportunity to oppose a power running team from Pittsburgh or a speed-based squad from Florida. The more talented opponents you’re exposed to, the better you become as a team.

The Falcons focus on teaching kids the basics of football at age 6 or 7 and building upon that in subsequent years. A kid who doesn’t start football until 11 or 12 could feel behind the learning curve.

Kids who play year-round seem to possess a higher football IQ and a better sense of what’s required for success in high school football, Trinity coach Sam Mickens said. But Mickens isn’t particularly fond of year-round football. Kids who specialize in a single sport are at a higher risk of suffering stress fractures, tendinitis and ACL tears, according to a study.

Now football is stuck in an awkward balancing act, attempting to make itself more attractive to a broader audience of participants while still maintaining its appeal to elite athletes. The Virginia High School League is considering shortening the preseason, eliminating the bye week and limiting the number of offseason practices. Shortening the playoffs from five weeks to four is another option.

For a team that reaches the state championship, its season lasts nearly five months, longer than some college teams. St. Christopher’s coach Lance Clelland said he would endorse shortening the number of games played to eight or nine.

And many coaches in greater Richmond support putting a cap on the number of offseason practices a team can conduct. Currently, there are no limits imposed by the VHSL, but local school boards can enforce restrictions of their own.

Finding a happy medium has been difficult. A proposal to the VHSL’s executive committee to eliminate out-of-season practice altogether was deemed too extreme and shot down 29-3-1 in January. If out-of-season practice is scrapped completely, athletes who can afford private training will seek it, while less affluent players will be left out. Hopewell coach Ricky Irby said 15 practices — the same number colleges are granted — seems like a fair number.

No matter what number is set, teams will always push the limit, figuring out how to get the most practice out of their allotted time, Henderson said. That competitive nature is innate to coaches — it’s in their blood. And that’s what it takes to field a competitive team. Every coach is trying to practice as much as his opponent so that he can beat his opponent when the season comes.

“You can’t get by doing a little anymore,” Henderson said. “You have to do more to compete.”

So the VHSL has begun to think about the big picture. In an effort to slow down the win-at-all-costs mentality of high school sports, the VHSL is pairing with a nonprofit called The InSideOut Initiative. VHSL executive director Billy Haun worries that high school sports have drifted off course from their true purpose. When surveyed, 95% of high school athletes said the main reason why they play sports is to have fun, he said.

“Are we still making it fun, or have we gone to a win-at-all costs [model] too much?” he said. “Winning is a great thing. It might be the goal, but it’s not the purpose.”

The initiative gives coaches a curriculum that influences the way they coach kids and interact with parents. The project includes a three-year plan and aims at changing the culture of schools and their sports communities.

After watching the L.C. Bird boys celebrate with trophies for a few years, the Skyhawks’ girls were determined to join the party.

BLACKSBURG — Since 2015, a Bernstine has won a Virginia High School League state singles championship every year that the full tennis seasons … 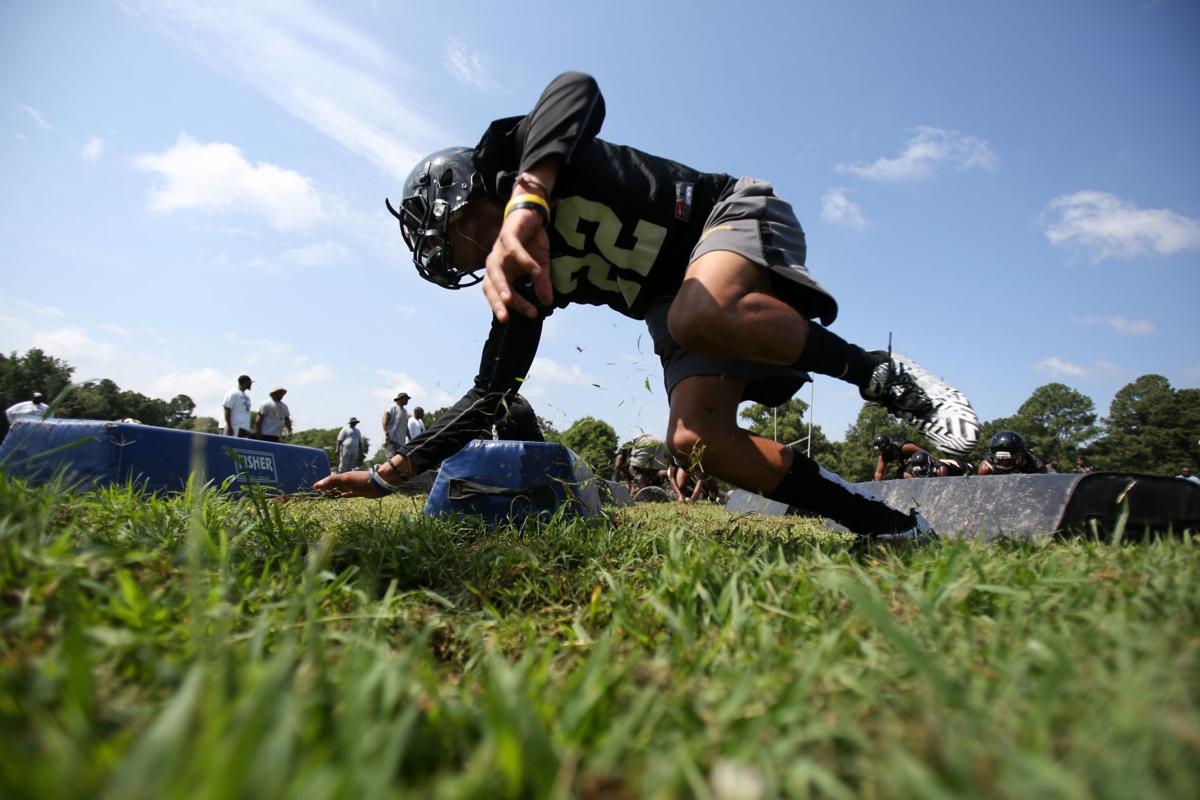 As roster numbers shrink across the region and beyond, more teams and players from the Richmond area are standing out. The area has collected 21 state titles this decade. 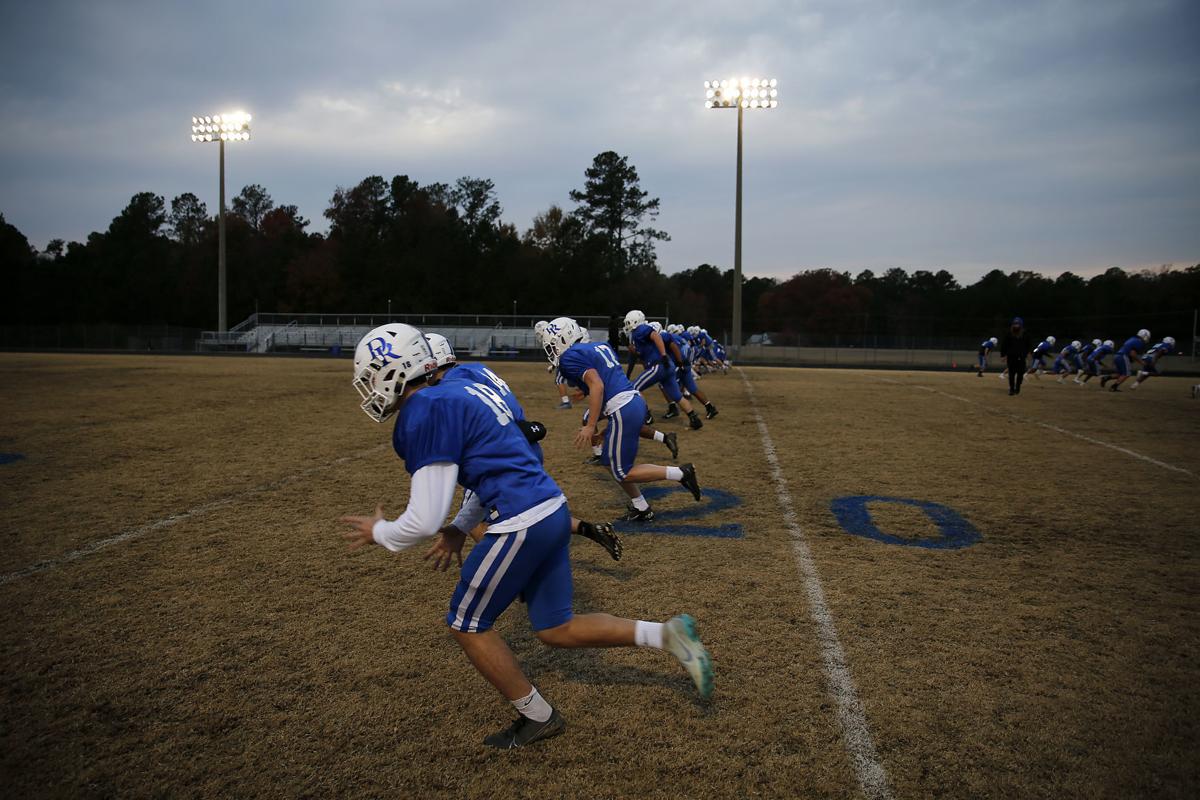