As the 2010s come to a close we take a moment to look back on the best high school boys basketball players of the past 10 years. The decade was ushered in by guards who dazzled audiences with their running, jumping and shooting, and it was ended by a flurry of big men who prowled the paint.

For these teams, we selected a five-man first team, second team and third team. Any player who was named first-, second-, or third-team All-Metro between 2010 and 2019 was eligible. Only a player's high school contributions in the Richmond area were considered, not his performance in college, the pros or high schools out of town.

Highlights: A guard who had phenomenal athletic ability to shoot, run and dunk, Mason was the All-Metro player of the year his senior season, when he averaged 25 points, 9 rebounds, 5 assists and 4 steals. He led Petersburg to the Group AAA state championship game, which it lost to Hampton and its star player, Cat Barber. Mason was named All-Metro as a junior, too, when he averaged 27 points. He scored 1,901 points in his high school career, second only in Petersburg history to Moses Malone.

Since high school: Mason went to Kansas, where he was the consensus national player of the year in 2016-17. He was drafted by the Sacramento Kings in 2017, and this he year signed a two-way contract with the Milwaukee Bucks, where he splits time between the Bucks and NBA G League affiliate, the Wisconsin Herd.

The rest of the first team

Highlights: Buckingham won two state titles during his four years, as a freshman and junior, was named first-team All-Metro three times and player of the year as a junior. He averaged 22 points, 10 rebounds and 4 assists as both a junior and a senior. He played guard but could do a little bit of everything for the Warriors, and he was a dependable finisher.

Since high school: Buckingham went to Richmond, where he was named Atlantic 10 rookie of the year in 2017. He later transferred to Cal State Bakersfield, where he averages 9 points.

Highlights: McKie was named All-Metro three times and was the player of the year as a junior and senior. A 6-foot-7 forward, McKie averaged 22 points, 11 rebounds and three blocks as a senior. He finished his high school career with 2,094 career points.

Since high school: McKie was a four-year starter at Wake Forest, averaging 10 points his senior season.

Highlights: A deadly three-point shooter, Sherod scored 2,815 career points, making him the school’s all-time leading scorer. He led the Saints to 24 wins his senior season, the most in school history. He averaged 26 points, 11 rebounds, 3 assists and 2 steals and was named All-Metro player of the year. He was named All-Metro as a junior and second-team as a sophomore.

Since high school: Sherod attends the University of Richmond. As a junior, he averaged 13 points before suffering a season-ending ACL tear.

Highlights: Johnson was first-team All-Metro three times, including his senior season, when he was the player of the year. The combo guard averaged 25 points, 6 rebounds and 4 assists, leading Benedictine to a record of 25-7. He shot 36-percent from 3-point range. He led the Cadets to the state title the year before and propelled L.C. Bird to the Group AAA state championship game in 2011.

Since high school: Johnson played college basketball at Indiana, where he was named honorable mention All-Big Ten his senior season and where he scored 1,413 career points. He played for the Wisconsin Herd of the G League and is now a member of MKS Dabrowa Gornicza, a professional team in Poland.

Timeline: Played three years at Trinity and transferred to IMG Academy in 2019 for his senior season

Highlights: Bacot is perhaps the most dominant post player on the all-decade team. He was the All-Metro player of the year in 2018-19 as a junior, averaging 24 points, 12 rebounds and three blocks, and Trinity was ranked No. 1 or 2 in the T-D Top 10 all year. As a sophomore, he was perhaps the area’s most improved player, averaging 20 points, 12 rebounds and earning All-Metro status.

Since high school: Bacot transferred IMG Academy in Florida for his senior season and is now a freshman at North Carolina, where he averages 11 points.

Timeline: After spending his freshman season at Bishop O’Connell, he played three years at Cosby and graduated in 2013.

Highlights: A 6-foot-4 guard, Caupain was the All-Metro player of the year as a senior, when he averaged 26 points and 15 rebounds. He graduated with school records in rebounds and scoring average. He was named All-Metro as a junior, too.

Since high school: Caupain played for Cincinnati, which went 30-6 his senior season and made an NCAA Tournament appearance. Caupain was named second-team all-American Athletic Conference. He made his NBA debut in 2018 with the Orlando Magic, and he recently signed a one-year contract with Hapoel Holon of the Israeli Premier League.

Highlights: A shooting guard who could score from all corners of the floor, Williams was named first-team All-Metro as a junior and senior and third-team All-Metro as a sophomore. As a senior, he averaged 18 points, 6 rebounds, 3 assists and shot 36 percent from 3-point range. He was named all-region and led Bird to the 5A South region semifinals.

Since high school: Williams went to North Carolina, where he won a national championship in 2017. He scored 915 career points and joined the Austin Spurs of the G League following graduation.

Timeline: He played his freshman season at Benedictine before transferring to Trinity, where he is now a senior.

Highlights: A forward who can power under the hoop and move gracefully around the court, Coleman was named All-Metro player of the year in 2018-19 as a junior, averaging 26 points and 12 rebounds for Trinity. As a sophomore, he was named second-team All-Metro. He has signed with Duke.

Highlights: White was named All-Metro as a junior and senior. During his junior year, the point guard led Wythe to a 26-4 record and the 3A state championship, the school’s first state title in any sport. He scored 36 points in the state final and shot 34 percent beyond the arc throughout the season. As a senior, he averaged 19 points, 6 rebounds and 7 assists, earning all-state honors.

Since high school: White plays for Providence, which made the NCAA Tournament in 2018. He averages 9 points.

Highlights: Threatt was the All-Metro player of the year and a Parade All-American in 2011 when he averaged 26 points, 7 rebounds, 5 steals, 5 assists and 2 blocks. He was named second-team All-Metro as a junior.

Timeline: Jacobs transferred from Maggie Walker to Trinity, reclassified and graduated in 2017.

Highlights: A 6-foot-8 stretch-4, Jacobs was the All-Metro player of the year in 2017 when he averaged 21 points and 9 rebounds, and Trinity went 35-1 to claim the VISAA state title. In the championship game, Jacobs scored 38 points. When he was a junior, he was named third-team All-Metro.

Since high school: Jacobs is a junior at James Madison, where he averages 8 points.

Timeline: Gbinije played for four schools in five years – Christchurch plus the three listed above – and graduated from Benedictine in 2011.

Highlights: The guard was named first-team All-Metro as a junior and senior, averaging 19 points each year. As a junior, he averaged 7 rebounds, and Benedictine lost in the VISAA state semifinals.

Since high school: After one season at Duke, he transferred to Syracuse. He was drafted 49th overall in 2016 by the Detroit Pistons, and he’s played in the NBA G League, a professional league in Germany and for the Nigerian national team.

Timeline: After playing his freshman and sophomore seasons at John Marshall, he transferred to a school in North Carolina in 2018.

Highlights: Todd was the top ranked player to come through the Richmond area in recent memory. He is 6-10 but plays like a guard. During his sophomore season, he was named All-Metro, averaging 19 points, 7 rebounds and 2 blocks, also shooting 39 percent from beyond the arc. John Marshall was the No. 1 team in the T-D Top 10 at the end of the season, and it won the Class 3 state title.

Since transferring: Todd transferred to Trinity Academy in Raleigh for his junior season and nearby Word of God Christian Academy, where he now plays, for his senior season. He has committed to Michigan.

Highlights: As a senior, McRae was the Class 3, Region B player of the year and an All-Metro pick. He scored 43 points in a region semifinal and 23 in a state quarterfinal. It was his second straight year as an All-Metro pick. The year before, he averaged 16 points and 6 rebounds, helping J.M. win the Class 3 state championship.

Since high school: McRae is a freshman at Division II Livingstone in North Carolina, where he averages 8 minutes. 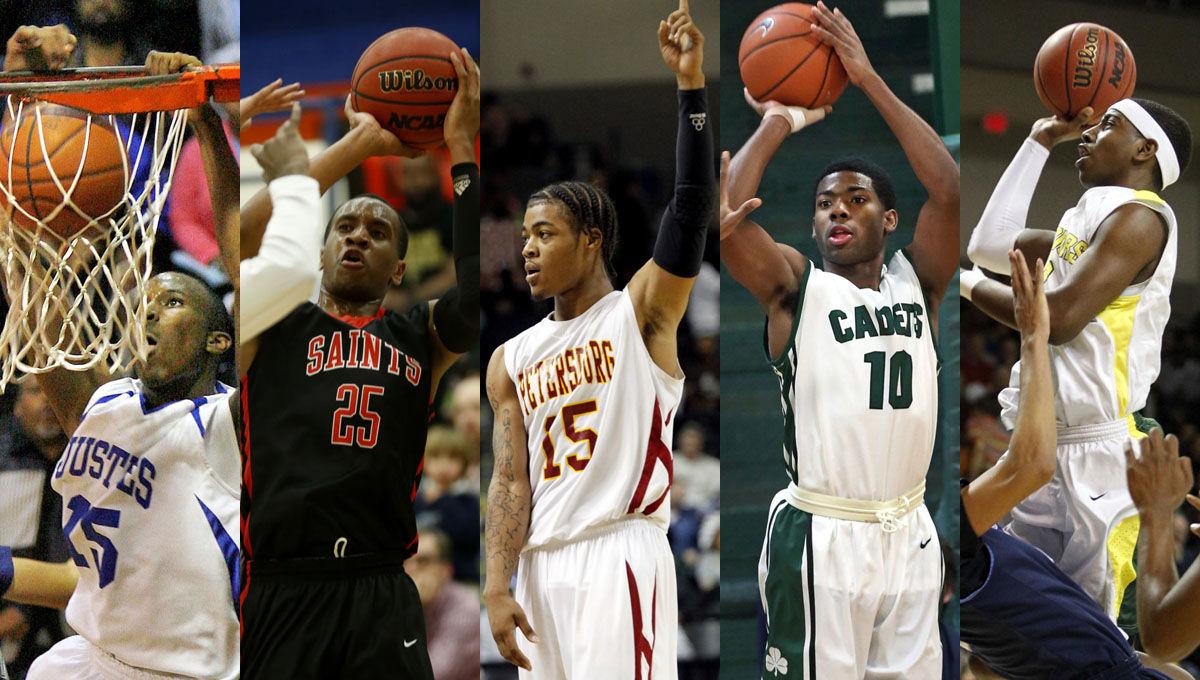 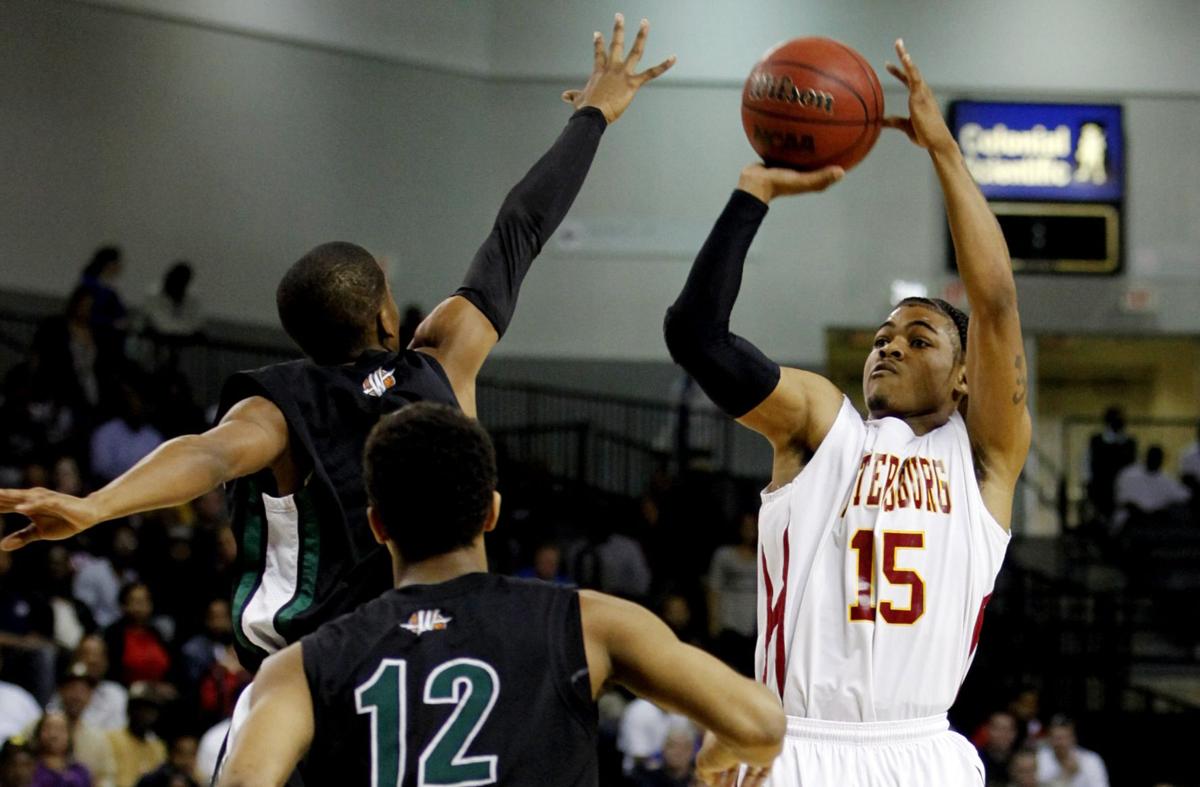 Petersburg's Frank Mason (#15) shoots another 3-pointer during the first half of the Group AAA semifinal against Kecoughtan at the Siegel Center in Richmond, Va., on Wednesday, March 7, 2012. 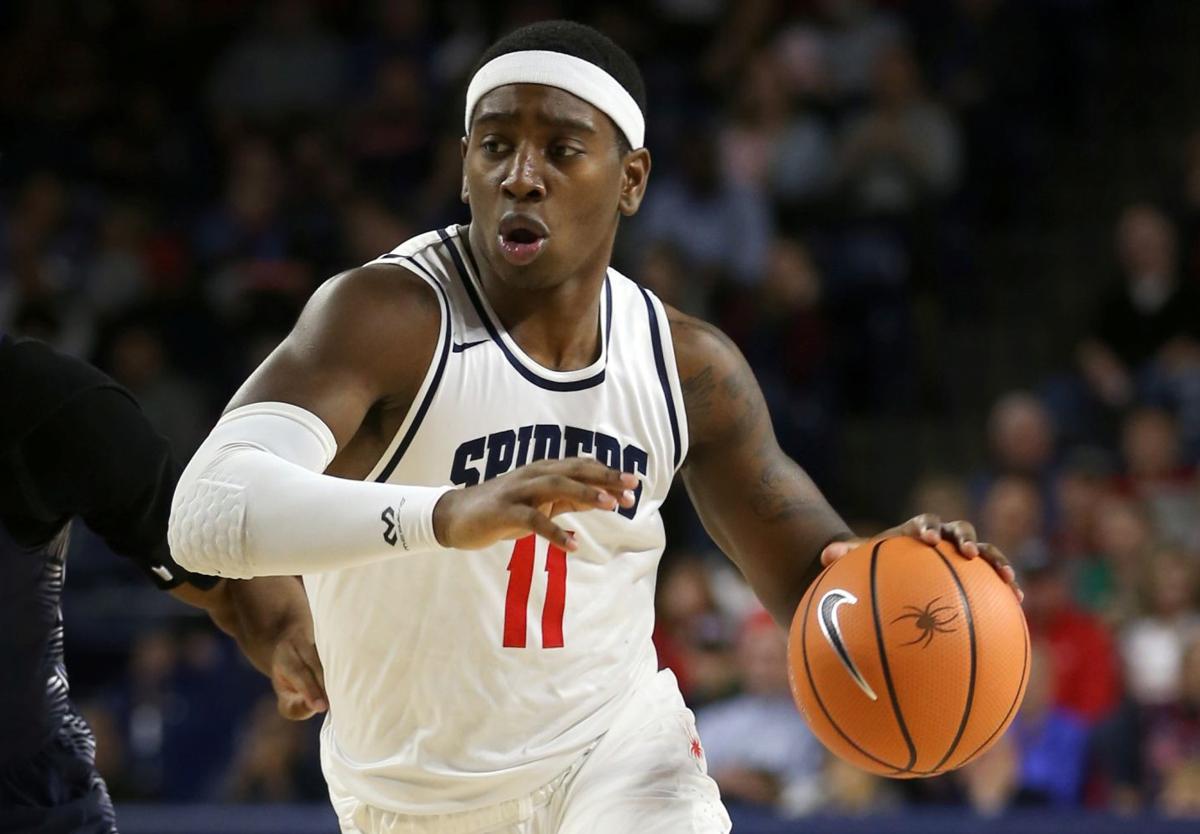 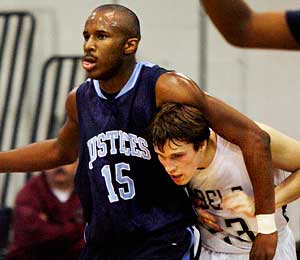 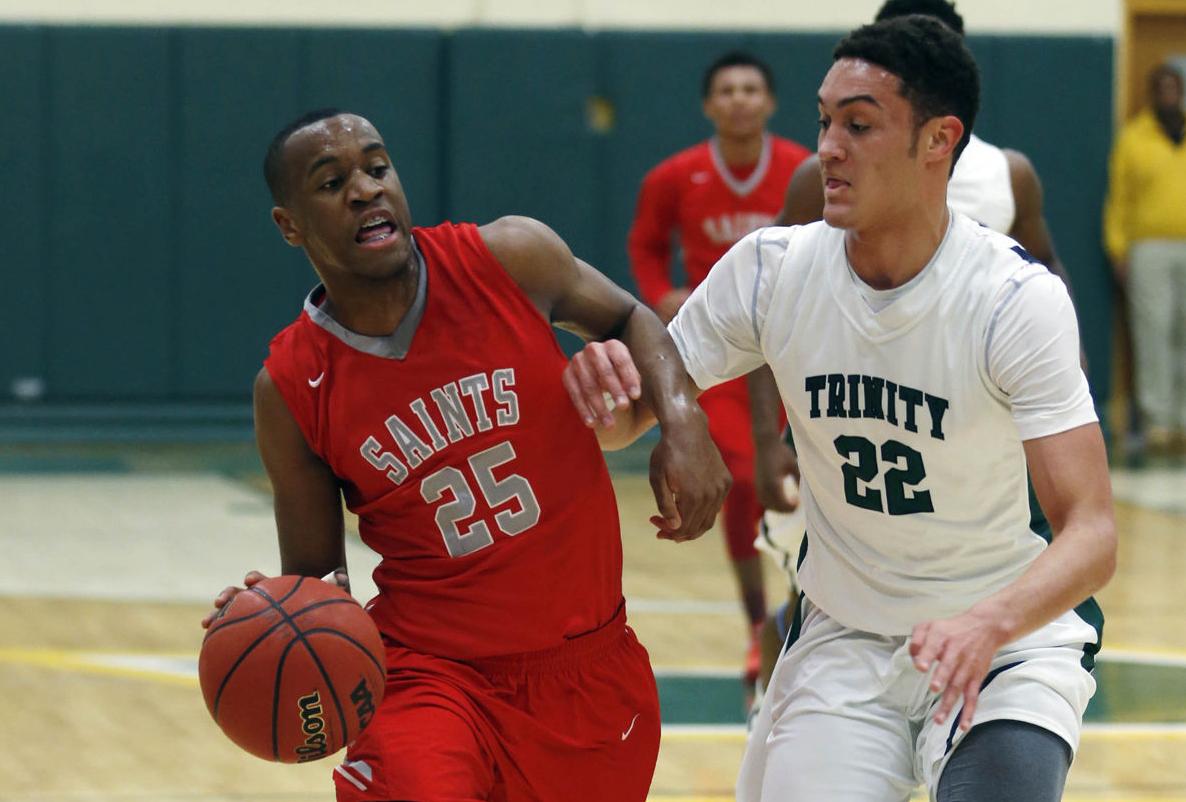 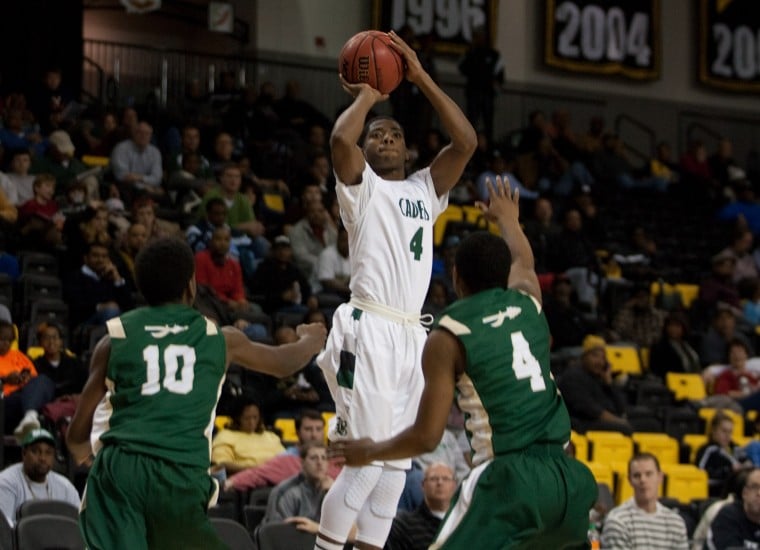 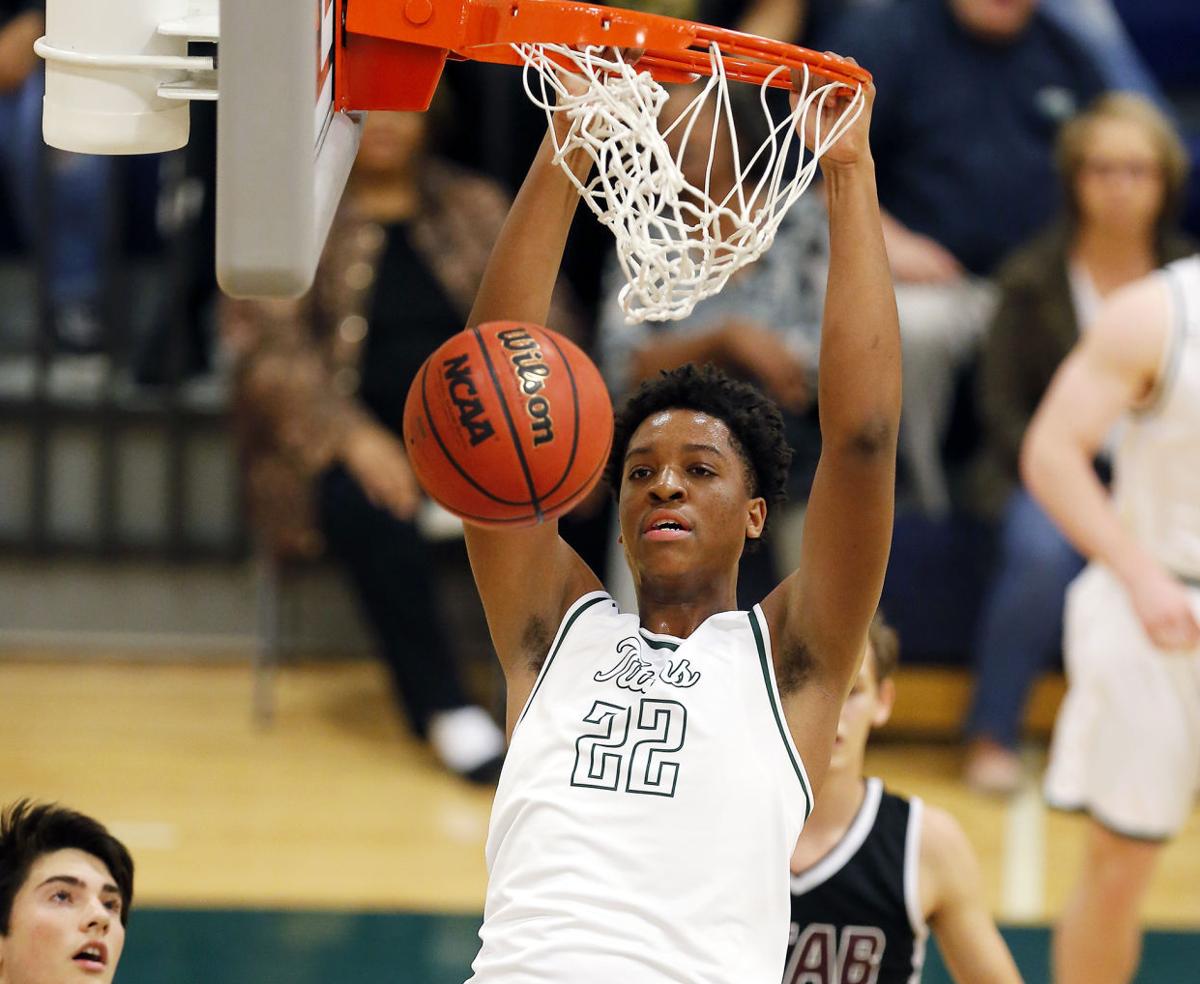 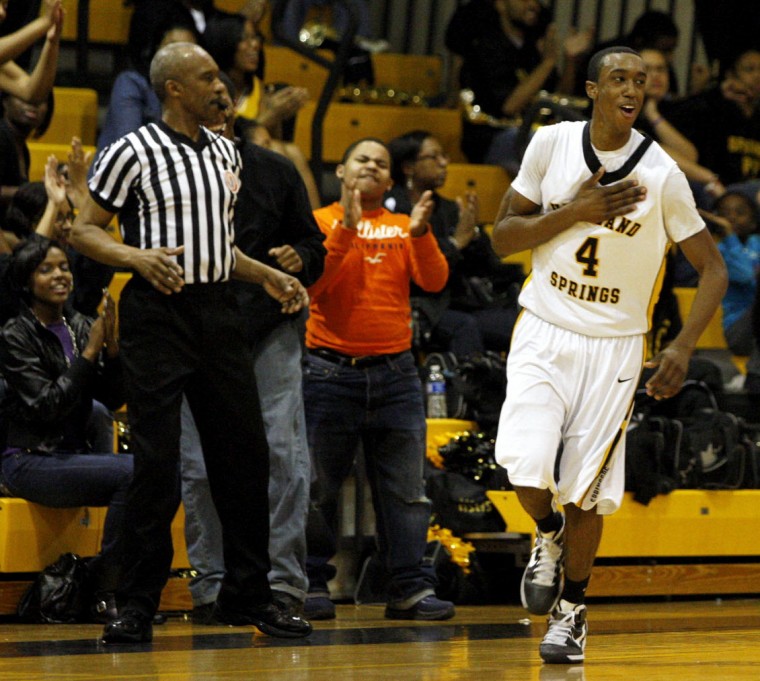