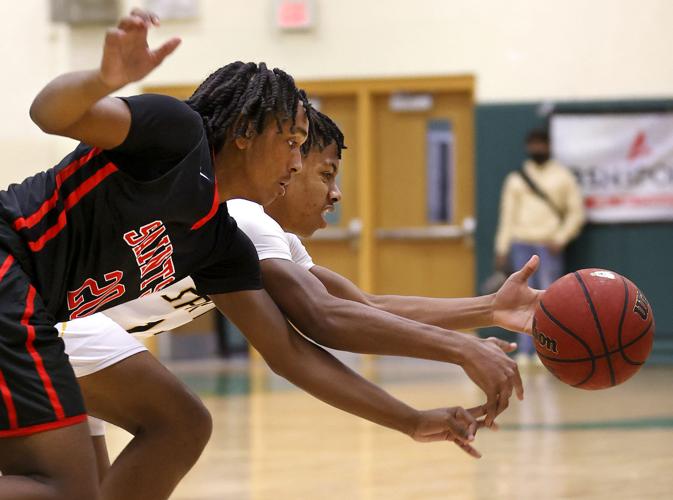 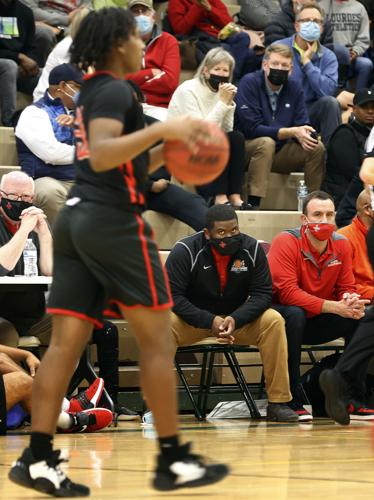 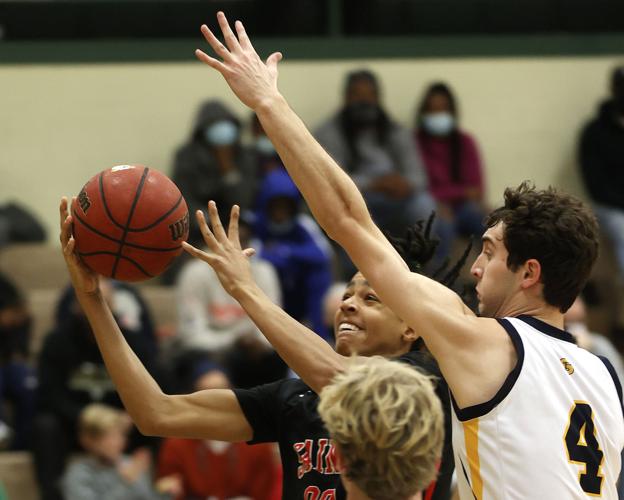 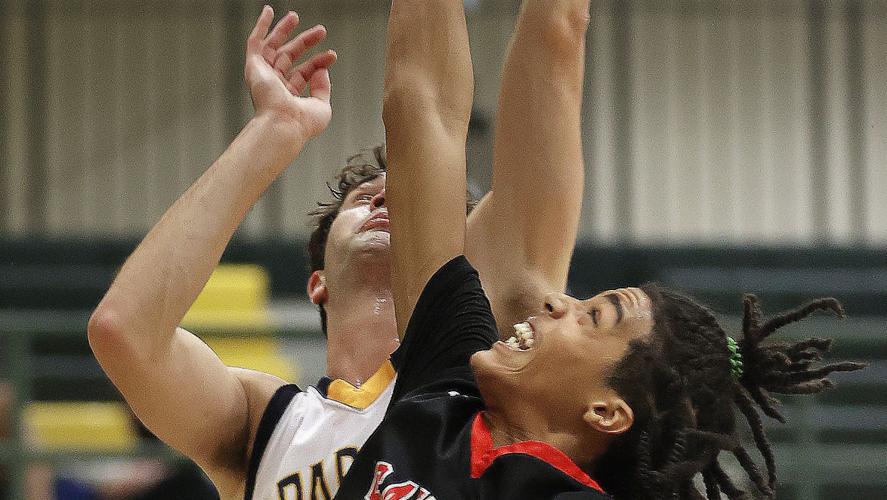 First, there was the quick start on their home court.

Then, there was the three-minute, 16-0 run to open the second quarter.

Then, there was the apparently comfortable 16-point lead with 6:30 left in the fourth.

But though every bounce of the basketball seemed to favor St. Christopher’s on Tuesday evening, the Saints’ 78-68 victory over Church Hill Academy in the Scott Gymnasium was anything but a cakewalk.

“Our guys came prepared. At halftime, we talked about continuing to box out and play defense. We’d shot well, but sometimes shooting comes and goes, and you have to continue to defend and rebound.

“We knew they’d make a run. I was proud of the composure our guys showed on the floor when they did.”

The Saints hit 5 of 10 shots in the first period, used their harrying man-to-man to limit the Phantoms to 5-for-18 accuracy, and took an 18-12 lead into the second.

By the time the visitors scored again, the Saints had drained three 3-pointers (two by Zach Murphy, who contributed 12 points off the bench in the quarter, and one by Keishawn Pulley), and opened their widest margin (22 points) of the game despite the Phantoms’ defensive adjustments.

“We can play against man or zone,” said Pulley, a 6-foot-2 senior guard who scored 21 points. “When they play zone, they’re pretty long. We had to make sure we made the right play, didn’t turn the ball over, hit a lot of shots.”

Down 40-25 at the break, the unfazed Phantoms shot 6 for 13 in the third quarter, but despite 3-pointers by Wendell Tomlin, Derrick Atkins, Tykie Jones and James Patterson, they entered the fourth still trailing 60-45.

“We tried to focus on getting a good start, then try to keep that lead and extend that lead so we could control the game,” said Trent Hendrick, a 6-1 senior forward. “Basketball’s a game of ups and downs, a game of runs.

The Phantoms intensified their pressure in the fourth with a couple of looks out of a 1-3-1 alignment, but try as they might, they could get no closer than 7 points (73-66) when Patterson drained a 3 at 2:53 and Derrick Atkins hit a layup at 2:24.

“We’re an experienced group,” said 5-9 senior point guard Nikkos Kovanes, who directed the offense and whose 3-ball from the left wing at 1:40 returned the Saints’ lead to double digits. “The vibe of the team is we’re all calm. Nobody panicked. You just have to be mentally tough and respond to all the ups and downs of the game.”

“Basketball’s a 32-minute game,” said CHA coach Tim May, referencing his team’s response to its early deficit. “If we think the game is over, we might as well take off our jerseys and go home.

“There’s always something you can learn whether you’re winning or losing. We’re just trying to get better.”

Dennis Parker Sr. and Milton Bell formed a brotherhood as classmates at John Marshall High in the 1980s, Parker as a football standout and Bel…

Meet the 2022 All-Metro girls basketball team, led by a 15-year-old who is already committed to UNC

For now, Grant is still just getting used to people recognizing her. After all, she only just turned 15.

In a classic between two teams dreaming of a state championship, the Saints scored five of the game’s final six goals, including four straight in a span of four and a half minutes to win 11-9.

Boys Scholar-Athlete of the month: Michael Mancuso of Deep Run

An honor roll student all four years of high school, Mancuso won a national Spanish award as a freshman.

The Virginia High School League will tweak some to its wrestling weight classes for next year.

The VISAA on Tuesday released its final boys lacrosse poll of the regular season, and St. Christopher's (14-6) sits in second place in Divisio…

"Outside of basketball, she's going to put them in the right place to succeed. Our girls basketball program's in a great place."