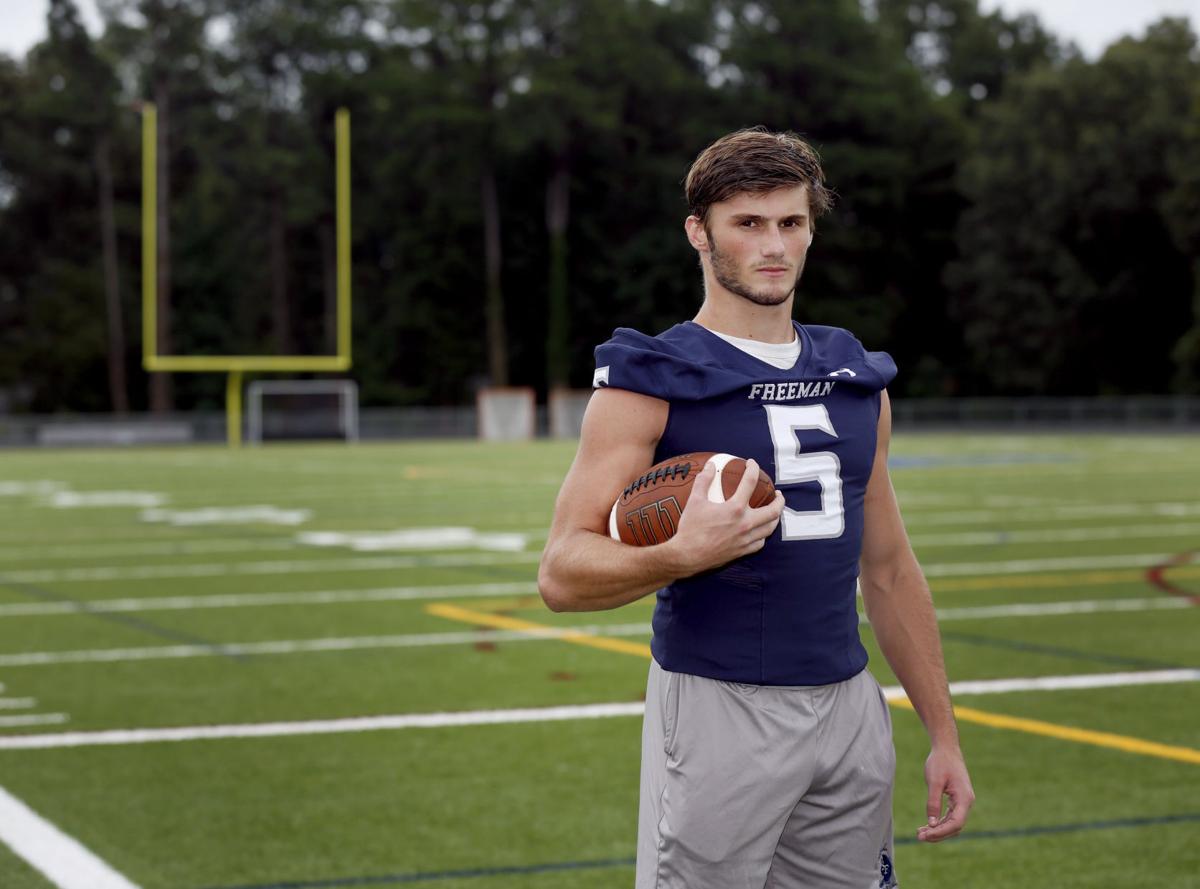 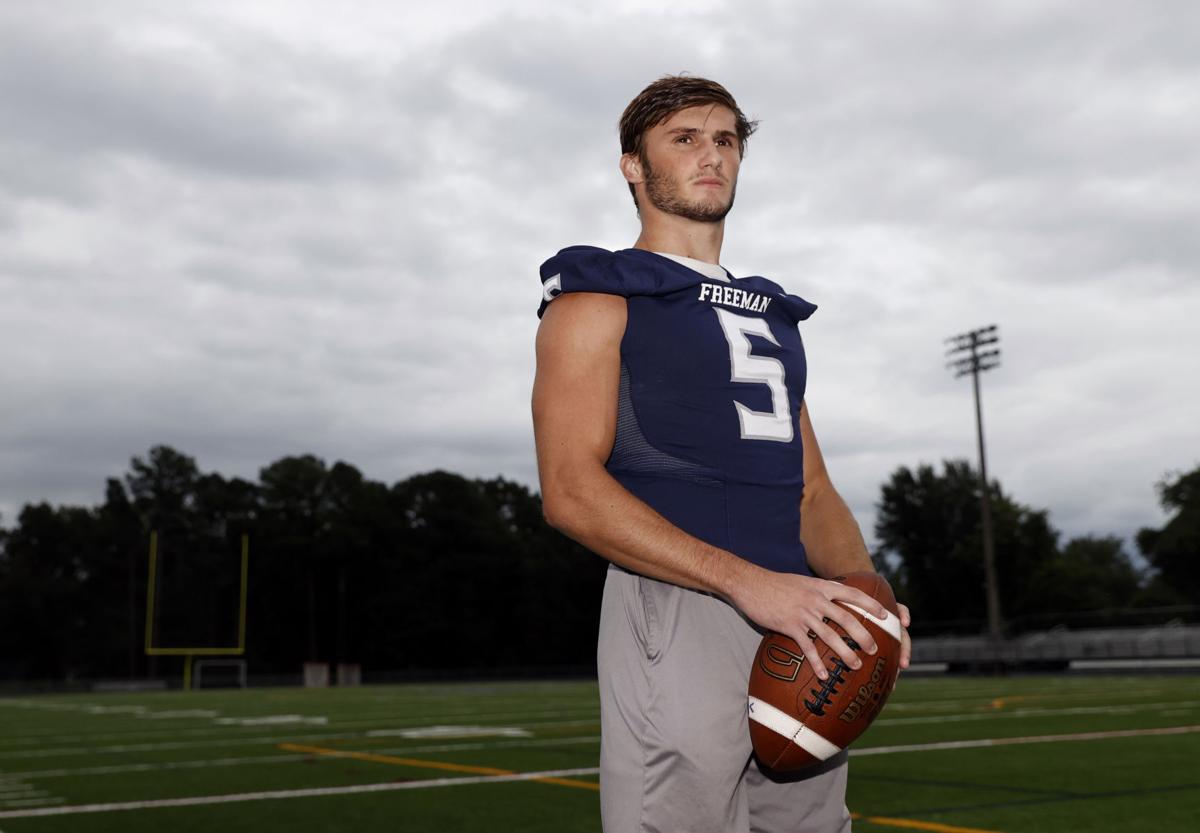 Bradley Perkins still believes that things happen for a reason.

A senior running back and safety for No. 10 Douglas Freeman (2-0), Perkins has been on the varsity team since he was a sophomore. But three major injuries have kept him out of all but three regular-season games prior to this year.

Mavericks coach George Bland said in that time Perkins’ commitment to the program and desire to win have never waned.

“I’ve rarely run across a kid like him in my 20 years, just an incredible team-first mentality,” Bland said.

“He’s just a model citizen in the way he approaches every day. He’s really an inspiration to the coaching staff, too. When I find myself getting worn out or feeling sorry for myself, I just think of Bradley and what he’s been through and then I’m ready to roll.”

Perkins was called up to varsity as a sophomore and beat out upperclassmen competitors for a starting job at strong safety.

Then in a scrimmage against Benedictine, he was dealt the first setback. Perkins lined up at running back for an option play. Though he didn’t receive the ball, a defensive end came off the edge and hit him hard, breaking his collarbone on contact.

Out cold, Perkins went to the hospital in an ambulance, where it took nine screws and a plate in his shoulder to surgically repair the damage.

“I battled back,” Perkins said, sitting on a bench press in the Mavericks weight room prior to their Week 2 meeting with James River (1-1). “I was determined to play at least one more game my sophomore year. Pushed myself, was in the weight room, on the bike, doing as much as I could with a healing collarbone.”

Perkins managed to recover fast enough to start the last game of the season against Glen Allen. He remembers a cold game on an icy field with divots in the playing surface. With 2 minutes left in the fourth quarter, Perkins went in for a tackle and his ankle dislocated, resulting in a broken tibia and fibula.

Trainers set the bones back in place on the field, and Perkins was once again taken to the hospital.

Perkins’ father, brother and stepmother were his primary support system through the months of recovery, helping him do things like get to the bathroom and eat when he was most debilitated.

He called his “family” at Freeman, the coaching staff and his fellow players, a blessing as well.

His junior season was delayed because of the pandemic, and by spring 2021, you’d be hard-pressed to find an athlete in the 804 more eager to get back on the field. But on the third play of the second game in the Mavericks’ five-game spring season, Perkins jammed his thumb worse than he ever had.

“I look down at it, it looks like a softball in my glove,” Perkins said in disbelief. “I know it’s broken, but I was not getting out of that game.”

After the game, Perkins went through multiple doctors, trying to find one who would put a cast on his hand and give him the OK to continue competing.

“I was so upset I couldn’t play because of a broken finger. I’d went through shoulders, ankles, and now what’s stopping me is my thumb,” Perkins said, shaking his head. “So I was determined to get a cast on it and play. It was my junior season and I’d been held out for COVID. I wanted to get out there and play with my buddies.”

One doctor eventually agreed to put Perkins in a waterproof cast but told him that if the bone moved, he’d have to get surgery. He was on special teams for the kickoff of the following game against Deep Run and felt the bone move when his cast got hit. He was in pain the rest of the game but played through it again.

After an X-ray the next week, Perkins got two pins put in the thumb and was out the rest of the season. His teammates still voted him defensive MVP.

“Through all my injuries, I definitely dealt with some ... I wouldn’t say deep depression, but definitely down on yourself, asking, ‘Why does it have to happen? Is there a reason it’s happening? What can I do for this not to happen?’” he said. “Just asking why. I’ve done so much, I’ve helped so many people and tried to stay positive. But this has to happen to me.”

It had to, Perkins said, because after all — things happen for a reason.

Perkins has his mind set on playing Division I football. He’s a team captain this year, and his Mavericks are off to a hot start with a trip to Mechanicsville (1-1) on Friday. 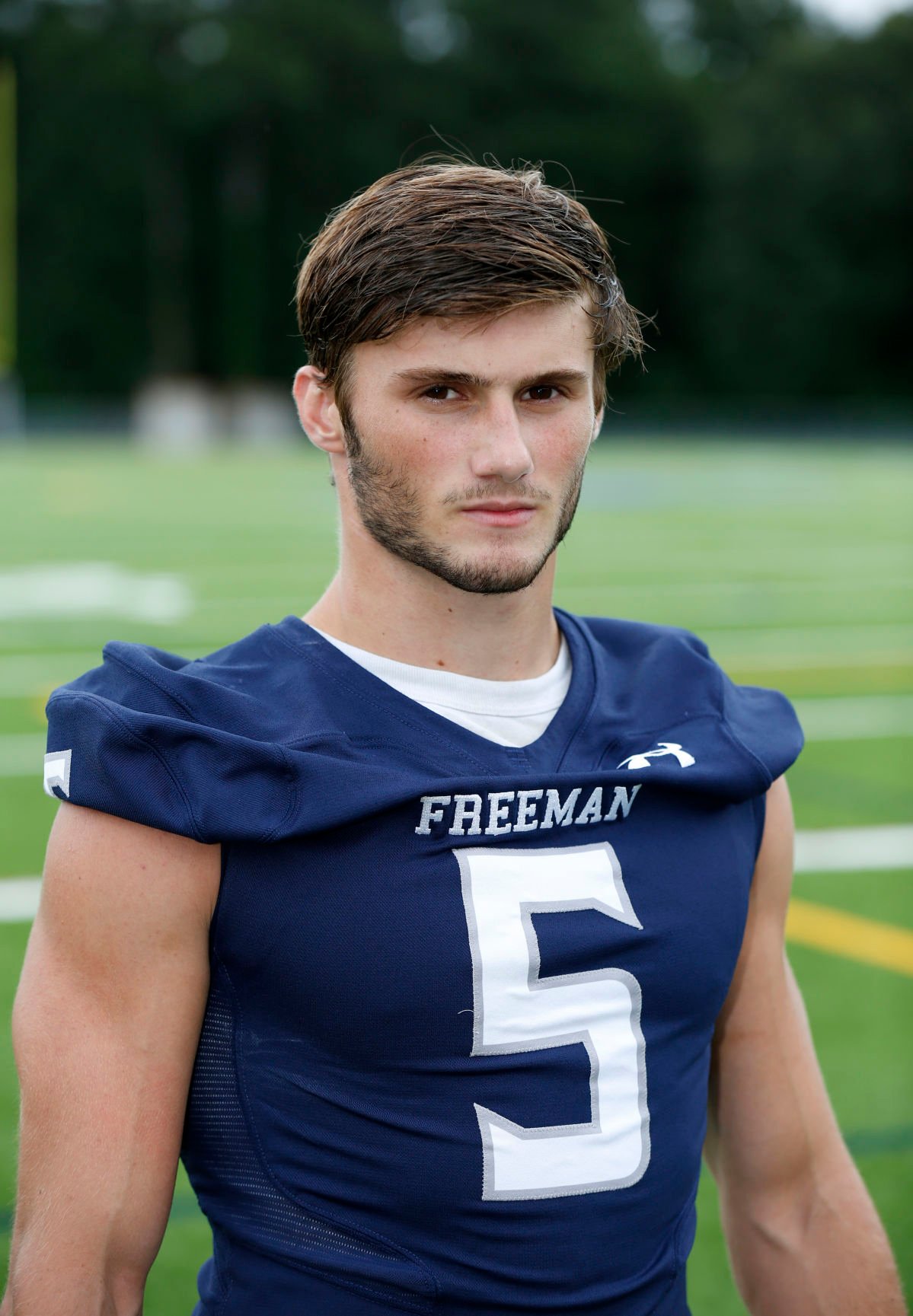