By the numbers: Powhatan’s Mitchell Johnson, a senior running back and linebacker, was trusted to carry the load in a critical game against Monacan last Friday. He received 29 carries and powered his way to 202 yards and three touchdowns on the ground. He also made an impact in the passing game, taking a screen pass 53 yards to the house in the second quarter to give the Indians a lead they wouldn’t relinquish again. Powhatan, which had lost three consecutive games to Monacan by at least two scores, secured a 39-28 victory at home. Powhatan (4-1) plays James River (4-2) this Friday.

On the game plan against Monacan: “Going in, we knew they were going to be a tough team. We owed them for the last few years. We had a little bit of a grudge. We just wanted to play hard, keep the screens from happening. That’s how they beat us before, they’re really fundamentally sound. … Being able to shut out those screens from happening is a big thing that helped us win.”

Powhatan forced a Monacan fumble on the opening kickoff, which Johnson said gave the Indians an immediate spark. “That was incredible. Having that momentum from the beginning, that really set us up.”

On carrying the load offensively: “It means a lot to me. How close I am with the coaches is very important. It’s nice to know I can trust the coach’s calls and they can trust me with the calls that they make. And especially in a big game like that, it can be stressful sometimes. For them to be able to trust you and get the ball in your hands with the game on the line, it’s surreal sometimes, you know.”

On the screen pass: Johnson highlighted the screen pass as his favorite play from the game, and was effusive in his praise for his linemen and blockers. “Tanner [Palmore] is an amazing lineman, the best guard we have. Ethan [Dowdy], Fisher [Hamersley], Jason [Worthington], they’re all blocking their tails off, and it shows. And I believe that play got everyone going.”

Coach Mike Henderson, in his third year coaching Johnson and the Indians, has a saying for these moments: “Mitchell does Mitchell things. Once he gets the ball in the open with blockers in front of him, that’s not something I want to be on the other side of.”

On defense setting up the offense: “It’s very important. You win championships by having a good defense. If you can’t keep a team from scoring, there’s only so much you can do from there, right?” He said he’s noticed big improvement from many parts of the defense, including the defensive backs. Worthington picked off a pass that gave Powhatan the ball at Monacan’s 18-yard line, and Johnson scored shortly after.

On receiving more than 2,000 votes in the poll: “It’s amazing. It’s surreal. To have the community behind you like that is very important. It’s humbling. … I’m excited for every Friday night, not just to show what I can do but to put on a show for the community.”

On football beginnings: “I wanted to start way younger, but I didn’t start until I was 10. … Just talking about football, throwing the football around in the yard, and seeing people play and everything. ... I wanted to be like that one day, I wanted to be a part of something. That brotherhood, that family. I put everything I had out there, and that’s how my love for the game started.”

On who he models his game after: Johnson is a fan of running backs like Christian McCaffrey, Saquon Barkley and Derrick Henry. He appreciated McCaffrey’s ability to rise to stardom despite people doubting if he was big enough or fast enough. “He’s constantly working. “He’s a great, humble guy.” He also looks up to the running style and leadership qualities of Barkley.

Hobbies: “I like working out. I go out with friends, not necessarily big groups.” He typically keeps things low-key with friends at Powhatan and where he used to live in Chesterfield. He’ll spend time on YouTube watching football documentaries, and he likes to try new things. Learning guitar and snowboarding are next on the list.

On work in the gym: Despite getting into weightlifting “kinda late,” he takes the process seriously. “If I go in there and lift, I’m not going to waste my time. I’m going 110% every time.”

Henderson noted how his work ethic influences others. Johnson defaults to the first-in, last-out mentality when it comes to work and preparation, and it impacts younger players. “It makes life easy. It makes coaching easy,” Henderson said. 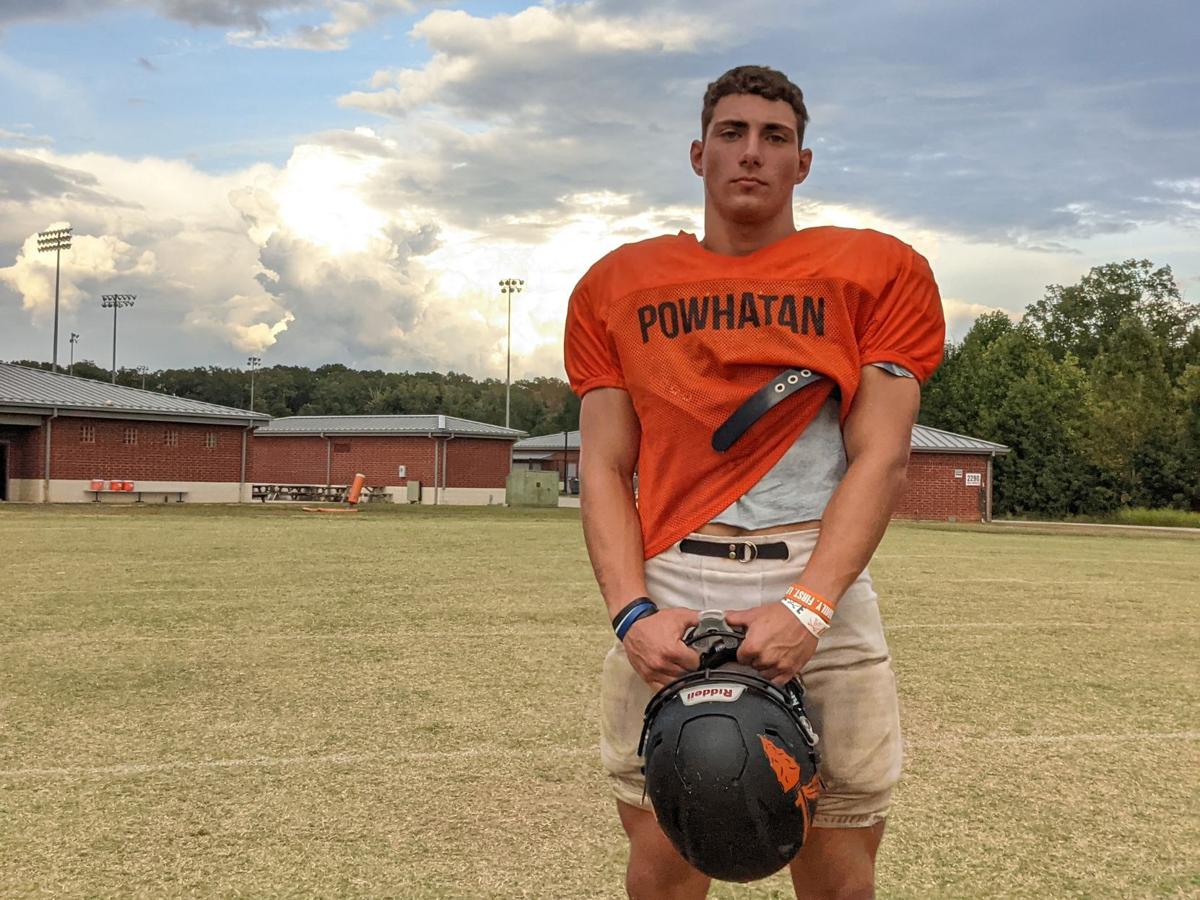 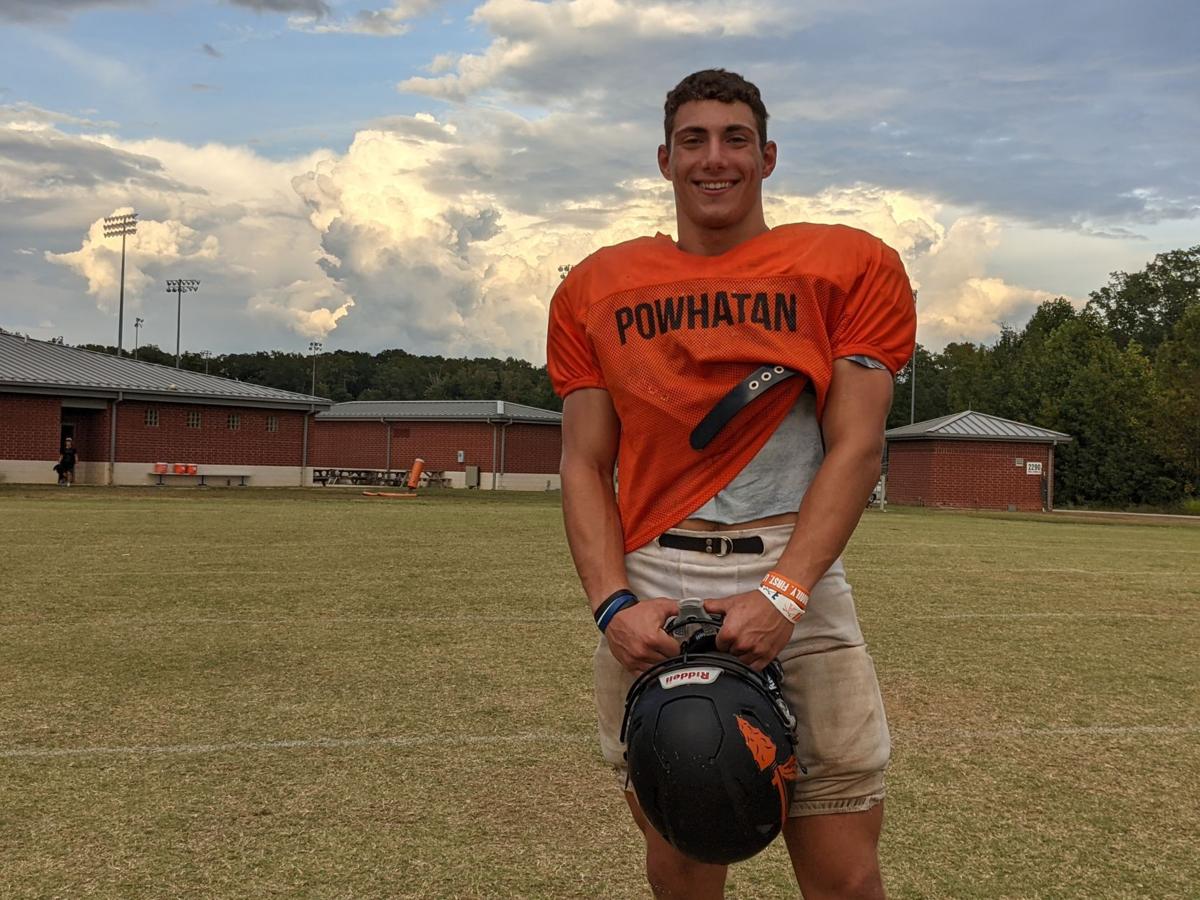