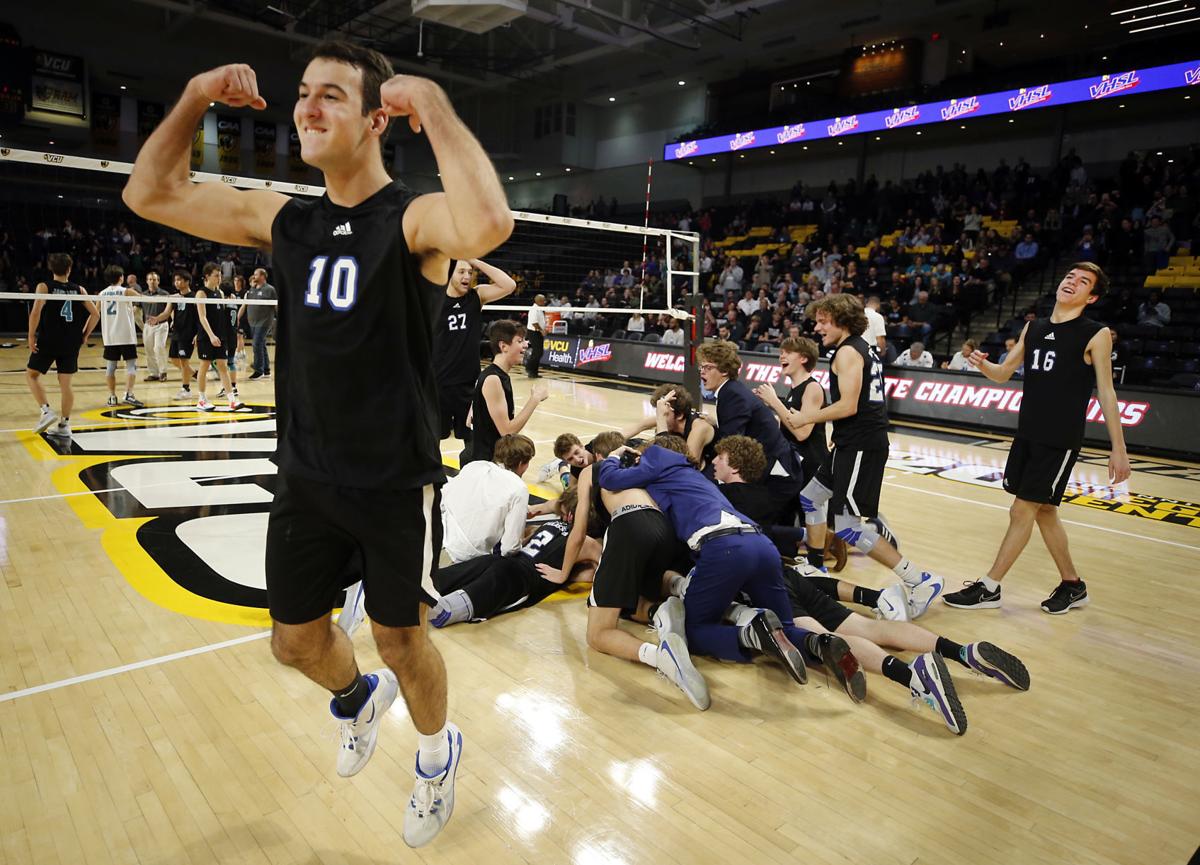 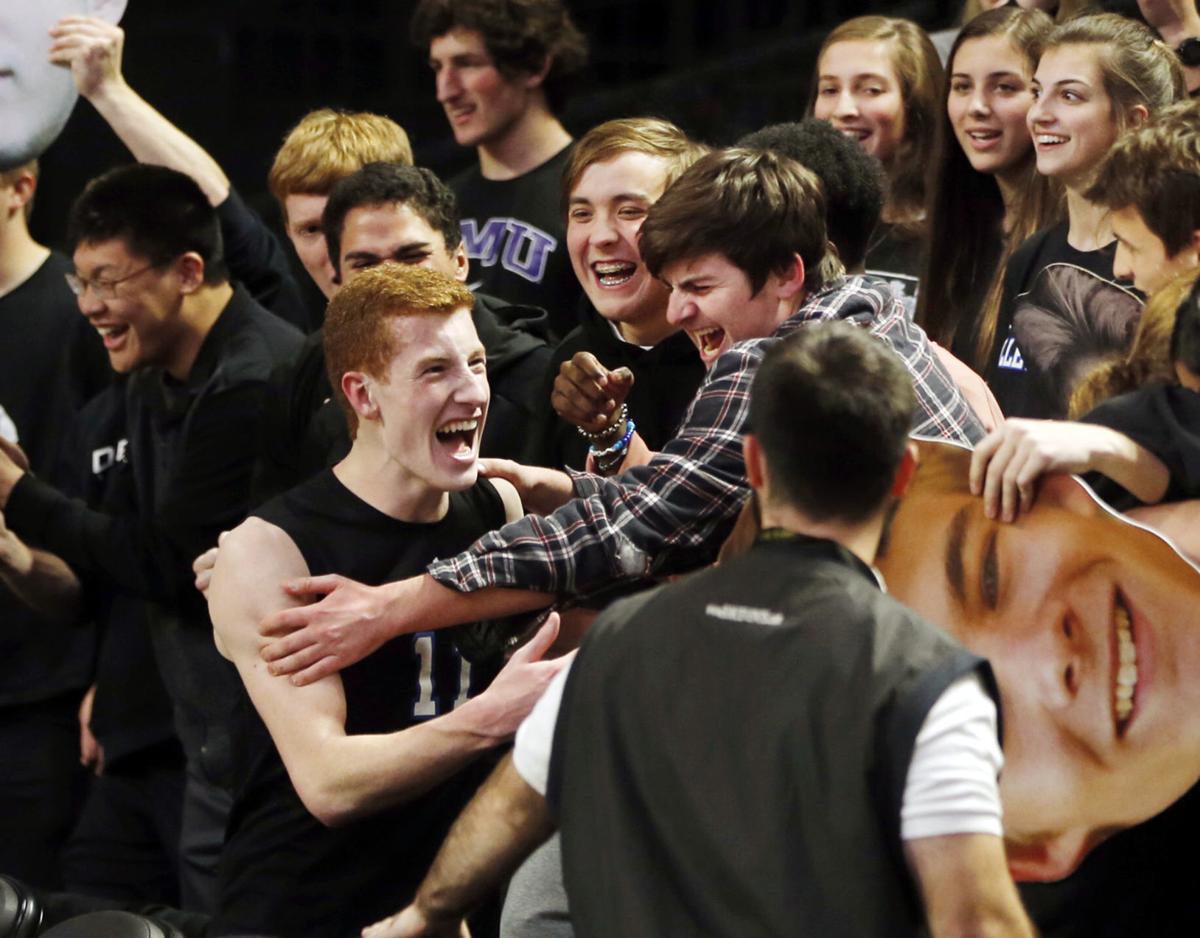 Deep Run’s Sean McDermott celebrates with fans after clinching the Class 5 boys volleyball title. He had a career-high 35 kills in the victory. 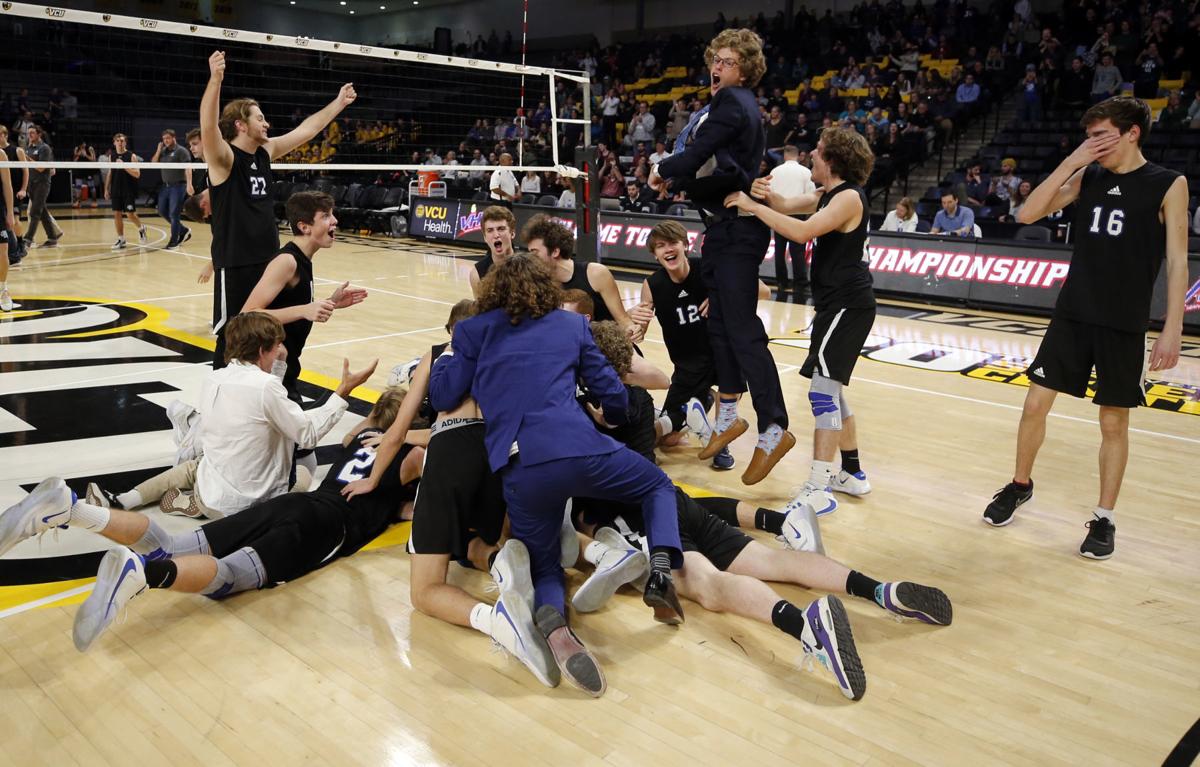 After finishing 2019 undefeated and winning a third consecutive Class 5 state title, Deep Run boys volleyball is 8-0 and rolling through the regular season once again.

The Wildcats lost a handful of key senior pieces from last year, namely setter and All-Metro player of the year Cade Terrell, outside Sean McDermott and middle Marko Stjepanovic.

"Talent wise, we're really right there where we were last year," Pond said.

Junior outside Ian Wagenhauser is 6-foot-6, Pond called him one of the most dynamic hitters in the region. A group of sophomores that includes middle Makary Czekajlo (6-5) are big and athletic, they've been catching up to the rest of the group despite relative inexperience. Pond said he's been really impressed with their growth.

Senior setter Wade Every is a key leadership piece, Pond said, as is senior outside Tyler Gray. Junior Alejandro Campos just moved to the Deep Run area, he was previously at L.C. Bird and has played ample travel ball, he's proven a steady contributor.

Pond added that his Wildcats are still essentially at the beginning of a normal season from a developmental standpoint. They've dealt with some injuries in addition to the altered schedule.

"COVID definitely threw a wrinkle in everyone's lives, but we're dealing with it just like everyone else has to," Pond said.

Deep Run's senior day is Thursday, and they have a marquee matchup with Glen Allen (7-1). The Wildcats beat the Jaguars in the 2019 Class 5 championship, and handed them their only loss thus far this season.

Three people per athlete will be allowed in the stands in accordance with loosening restrictions set to begin in April.

"We're hoping to have the first big crowd of the season," Pond said. "But we're just glad the kids have gotten to play."

Deep Run’s Sean McDermott celebrates with fans after clinching the Class 5 boys volleyball title. He had a career-high 35 kills in the victory.