Ward, Foreman among Richmond athletes stepping up to challenge of the VA Showcase
0 Comments
Share this
1 of 2 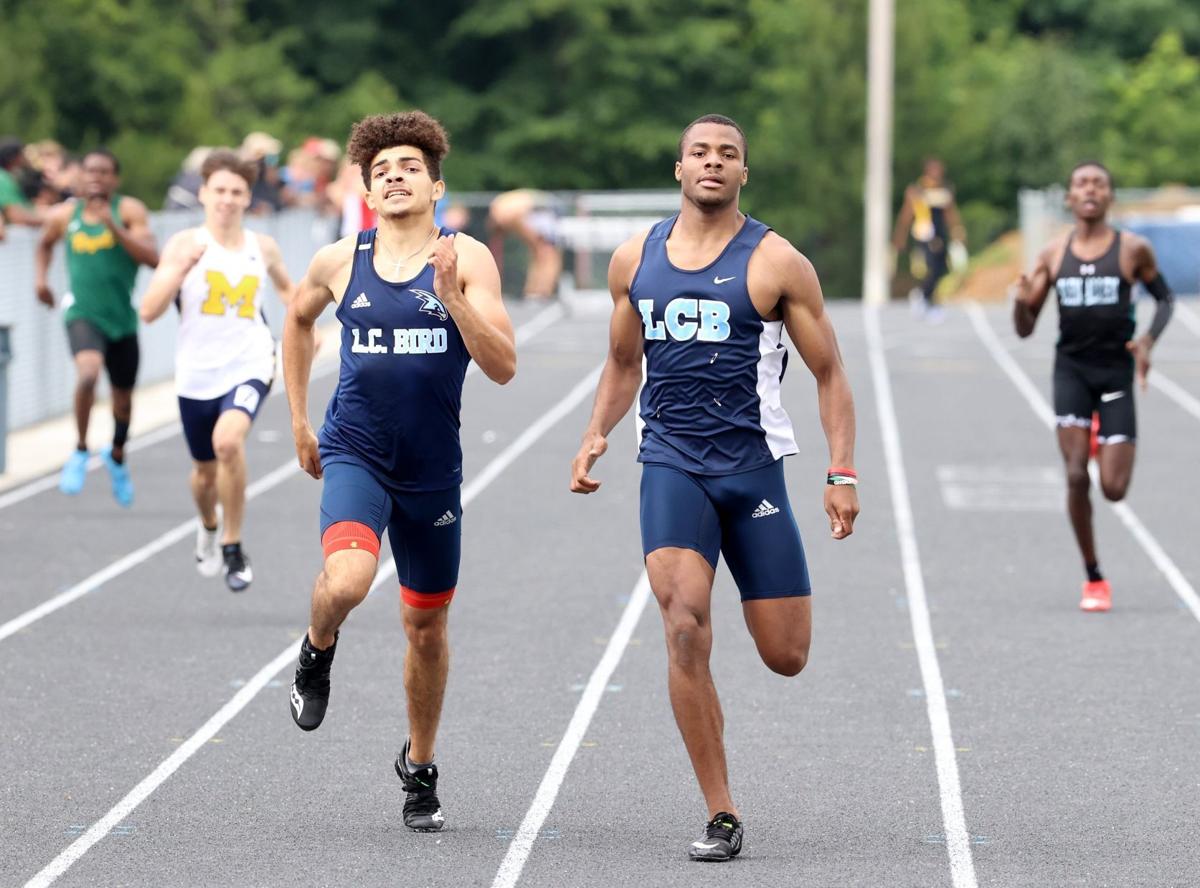 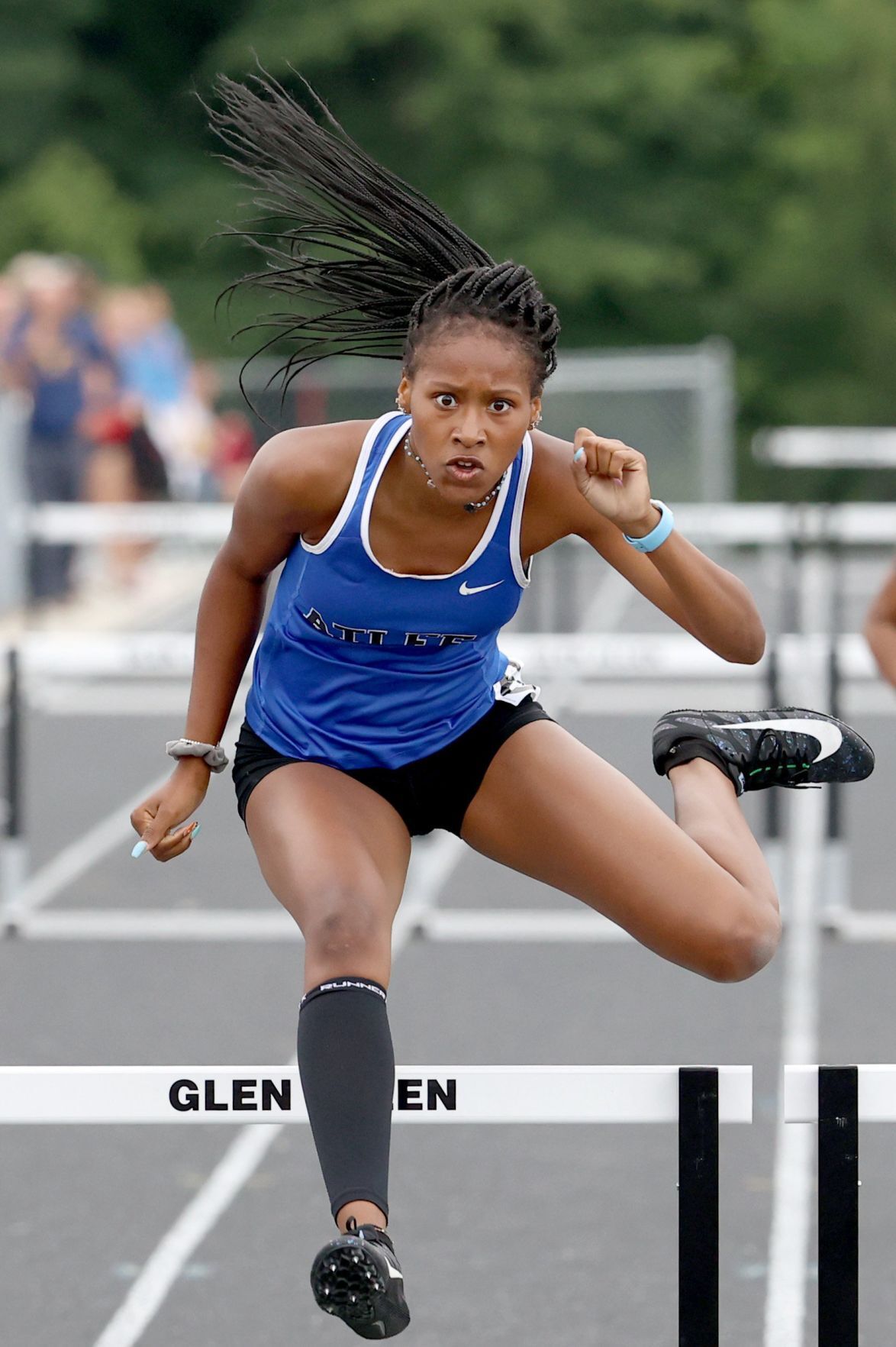 Atlee’s Jada Foreman, seen winning the 300-meter hurdles at the Region 5B outdoor meet, posted the area’s best marks in the long and high jumps. She also posted All-Metro performances in the 100 and 300 hurdles, triple jump and 200-meter dash.

This weekend’s VA Showcase in Virginia Beach is set to bring in many of the top track and field talents from across the country. It could be the stage L.C. Bird’s Jayson Ward needs to insert his name into the record books.

Ward currently holds the top times in the United States in the boys 500 meters (1:03.32) and 300 meters (34.08), thanks to a pair of exceptional races to open his season in December. The heightened competition of the VA Showcase will set the stage for Ward to pursue one of his ultimate goals: taking down Michael Cherry’s indoor state record in the 500 (1:02.61).

Cherry set the record in 2013 at Oscar Smith. He was a gold medalist as part of the U.S. 4x400-meter relay team at the Tokyo Olympics.

“If there’s a state record to break, it’ll be done this weekend,” said L.C. Bird coach Adam Canning. “[Ward’s] goal is to not only win all the races he’s in but also to get some records along the way.”

Ward, a South Carolina pledge, was only a fraction of a second from the record at last year’s VA Showcase, where he finished third in the 500 behind Justin Braun, from Westerville, Ohio, and Ashton Schwartzman, from IMG Academy. Braun, who is committed to run at USC, will be among Ward’s main competition this year in the 300, while Will Sumner, a Georgia-bound runner, will test Ward’s limits in the 500.

Canning said Ward feeds off the challenge provided by a meet like this, but his approach has been different as a senior. Those changes could be what propels Ward toward his ultimate goals.

“He knows going into a meet like this, there’s gotta be X, Y or Z. He’s a step ahead of us when it comes to telling him what to do,” said Canning, who is bringing 16 Bird athletes to Virginia Beach. “His leadership skills have changed, which have made him a better athlete too. Just taking on those responsibilities, he becomes more accountable, and that’s a big change that’s going to aid in his success for the remainder of the season.”

The VA Showcase, in its sixth year, begins Friday at the Virginia Beach Sports Center and concludes Sunday. It will be streamed via MileSplit.com.

Atlee senior Jada Foreman is also among the host of Richmond-area athletes competing in Virginia Beach. Foreman, who committed to compete at Southern California in December, is a threat in several different events for the Raiders, and she’s scheduled to compete in many of them this weekend.

Foreman, who was a first-team All-Metro selection in girls volleyball this fall, is among the top entrants in the long jump, triple jump and high jump. She claimed Class 5 state championships in all three events last winter. At the spring championships, she scored all 43 points for Atlee, coming just short of singlehandedly claiming the team title for the Raiders (Midlothian won with 44).

She set her personal best in the long jump - which Atlee coach Neil Mathews says is her favorite event - at last year’s VA Showcase (19 feet, 5 inches). A natural goal for the weekend would be to break the 20-feet barrier, but she’s been limited in training after being sidelined for part of December.

But knowing what Foreman is capable of, Mathews wouldn’t be surprised to see everything click for her when the stakes are highest.

“It may just raise her level where she breaks those barriers even though she’s not ready maybe to do the end-of-the-year stuff,” Mathews said. “She raises her level when the competition level goes up. She has a sixth sense for knowing when it’s spotlight time. … She’s a gamer.”

Atlee’s Jada Foreman, seen winning the 300-meter hurdles at the Region 5B outdoor meet, posted the area’s best marks in the long and high jumps. She also posted All-Metro performances in the 100 and 300 hurdles, triple jump and 200-meter dash.