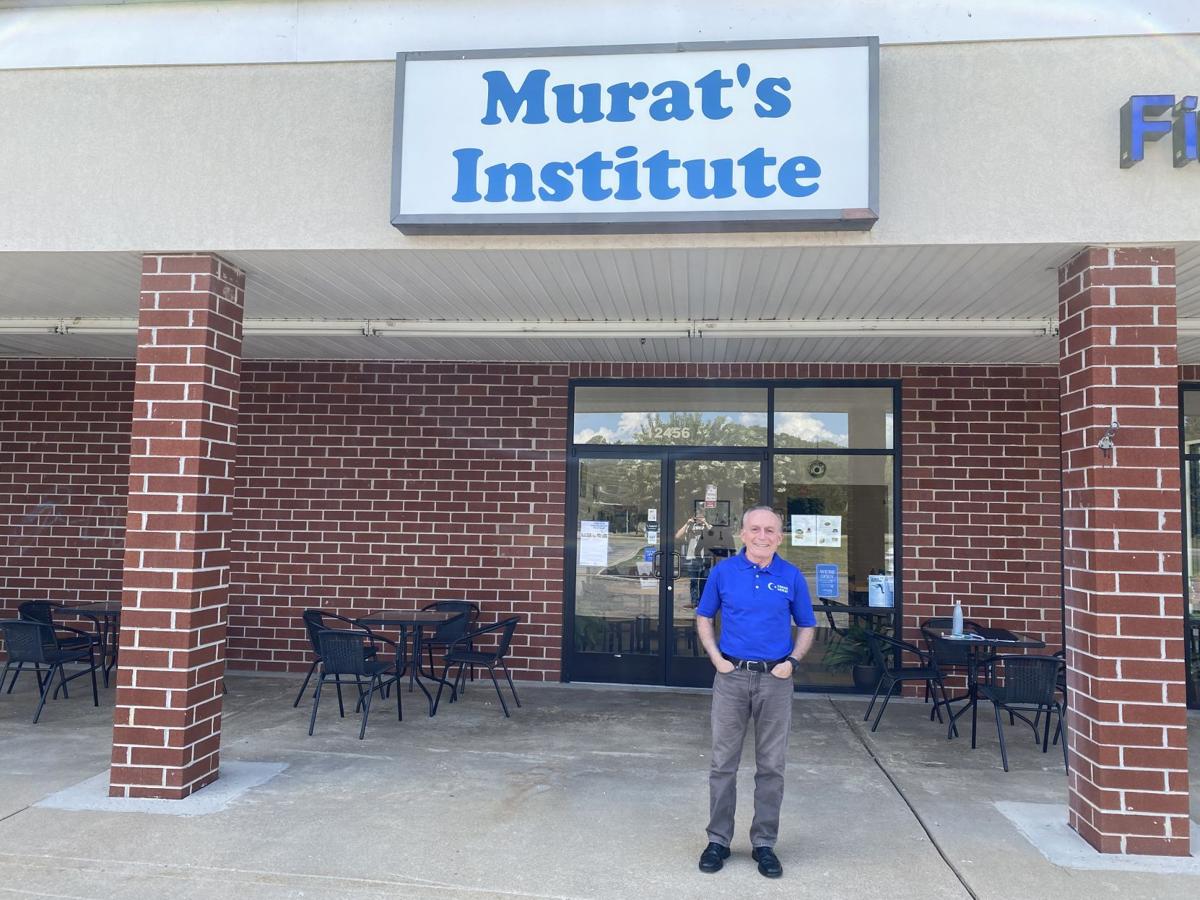 Murat's Institute features a gym in the back and cafe in the front, a combination which Mazicioglu said fosters a supportive communal atmosphere. 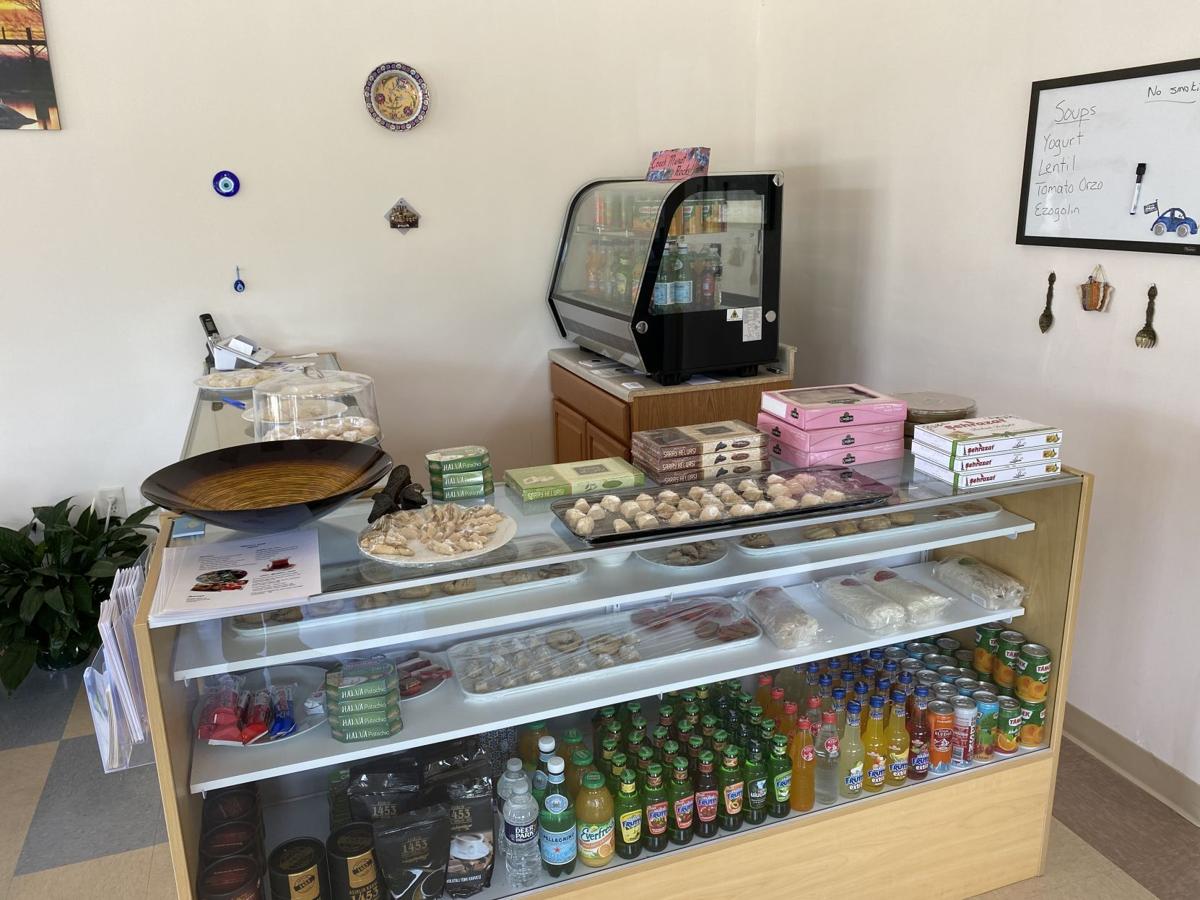 Murat's Institute features a cafe in the front, which offers a variety of traditional Turkish fare. 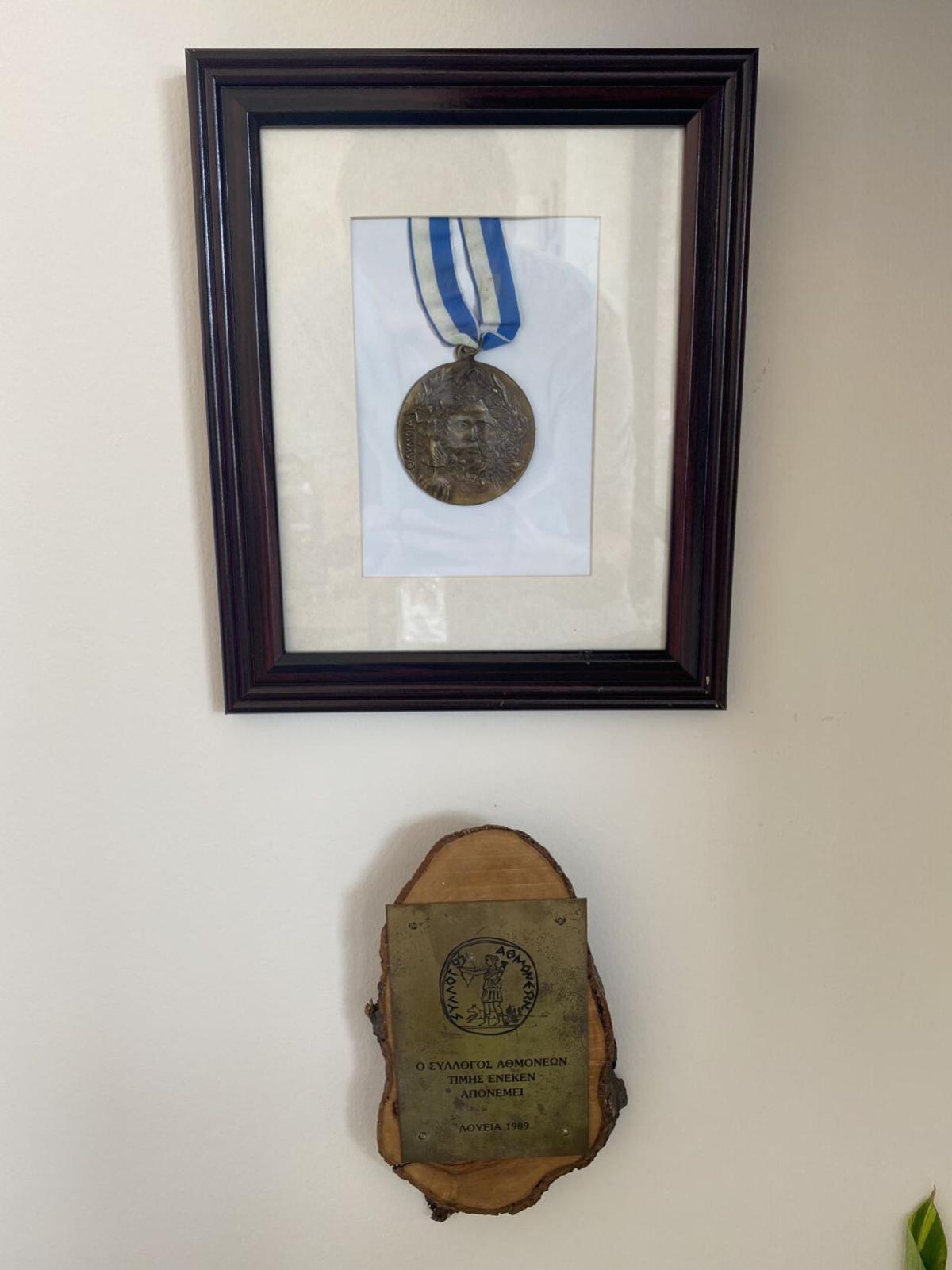 After he captured the 1989 Athens Marathon, Murat Mazicioglu was presented with this original Olympic medal from the inaugural modern games in 1896. 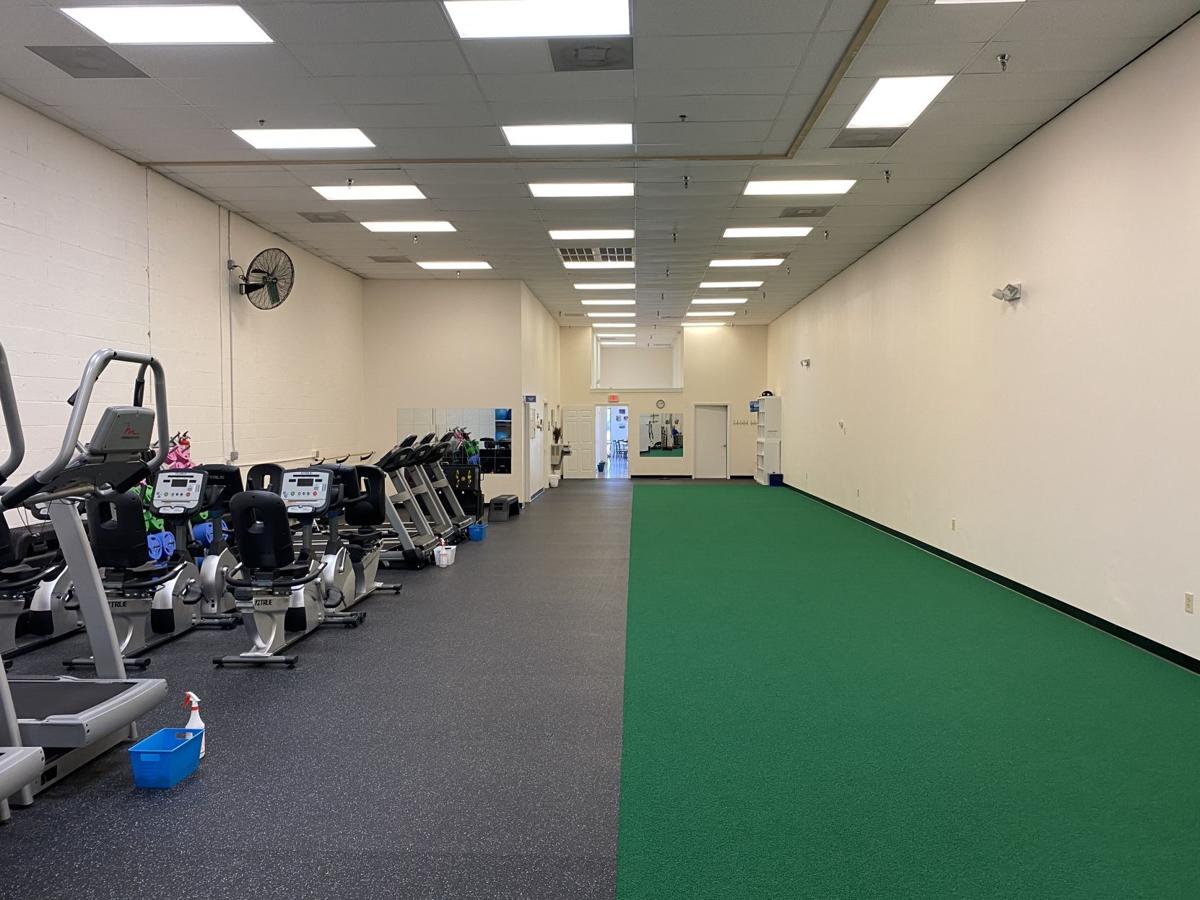 The gym in the back of Murat's Institute allows ample space for patrons to work on their own individualized plans formulated by Mazicioglu and catered to their needs.

Around 850 trophies commemorate the haul of accolades that dot the running career of Murat Mazicioglu, a Turkish-American trainer and owner of Murat’s Institute in Henrico.

Chief among those accomplishments is his victory in the 1989 Athens Marathon, a race run from Marathon, Greece, to Athens along the original route said to have been traveled by ancient Greek messenger Pheidippides. It is from this fabled run, featuring grueling uphill stretches, that the 26.2-mile race gained its name.

An avid runner since his youth, Mazicioglu also ran for and trained the Turkish national team for a time before immigrating to the United States. Since, he’s acquired two master’s degrees — one in health and physical education from Virginia Tech and another in business administration from Strayer University — while raising two children.

With his institute, which opened in Nov. 2019 and doubles as a gym and cafe, Mazicioglu focuses on providing an individualized training program and communal, supportive space to help his clients achieve their fitness and health goals.

“My idea, social support is very important. If I know you, I am more comfortable. This social environment has a positive impact on people,” he said while serving homemade baklava, which he swears is healthy, in the cafe portion of his shop.

He only picked up cooking a few years ago, but has found a steady clientele for his cafe, which offers mostly traditional Turkish fare. The seating area is in the front of the shop and the gym space in the back.

Mazicioglu said the combination allows patrons to mingle after workouts, develop meaningful relationships and support one another in pursuing their fitness goals.

“What I am trying to create is a strong support system,” he said.

Teresa Glassman and her family have worked with Mazicioglu for almost two years. Since they began training at the institute, they’ve developed close relationships with other constituents, she said.

“We love it for the camaraderie, this institute is community and family, these folks we run with are part of our family now,” she said, joking that her biggest challenge has been laying off the baklava.

“It’s such a sense of community, it doesn’t matter age or skill level, everyone is in it to be better and be the best themselves.”

Born and raised in Turkey, Mazicioglu realized he had a talent for running in elementary school. One day in fourth grade, he saw older children running around the end of his school, and asked if he could join them. They told him he was too young, but that didn’t stop him from trying his hand at the sport.

“I was crying. And after they give the permission to run, I ran, I beat everybody and came first place,” he said. “And I began to understand I have running skills.”

He still wakes up at 3 a.m. to run 10 miles every day, and coaches a club — Top Notch Running — out of Murat’s Institute. Mazicioglu has trained people in the Henrico community for years, working everywhere from American Family Fitness to the YMCA. He’s also developed programs for government employees such as firefighters and police officers.

He said, over the years, he’s observed a malpractice in the fitness community where many trainers and athletes focus on the “roof of the building” before establishing “the foundation.” In other words, he says people leave their bodies prone to injury by focusing on technical training in their specific sport or discipline, before they’ve established a baseline of flexibility, balance and endurance.

“We have to know the human body, do observations and tests,” he said.

“My job is to help people better define themselves. Everybody works the roof, but they are not working the foundation. I create programs for prevention from injuries, to improve the peoples’ abilities.”

Virgil Hazelet worked with Mazicioglu until Hazelet retired in 2013. He had back surgeries in the late ‘90s and early 2000s, and credited Mazicioglu with aiding his recovery physically and emotionally.

“Once you know Murat, he’s got a heart of gold, he’ll do most anything for you,” Hazelet said. “He seems to instill in you a confidence.”

Patricia Sol, like Hazelet, met Mazicioglu while he was teaching classes at American Family Fitness. She’s only been working with him one on one for a few weeks, but said he’s helped mitigate sharp pain in her hip that stemmed from spin classes.

“He seems to be very much in tune with his clients and knows how to approach their issues, and that’s what he’s done with me,” Sol said. “I’ve been almost pain-free since I went to work with him.”

For winning the Athens Marathon, Mazicioglu was awarded an original Olympic medal from the first modern Olympics in 1896 by Greece’s governing athletic body. Of his roughly 850 trophies, it is the one he prizes the most. It hangs encased on the wall of his cafe.

He’s a grandfather now and stopped pursuing individual accomplishments a long time ago. His business has struggled a tad during the pandemic, but is beginning to recover since Virginia moved into Phase Three of reopening, he said.

But even profits and patronage aren’t of primary concern to Mazicioglu. Apart from his children, all he truly cares about is helping people attain their fitness goals and feel better about their health.

“We are focused on humans and changing lives, not on making money,” he said, offering another piece of baklava.

It’s been quite a while — like upward of 30 years — since boxing had a regular presence in Richmond, with amateur and pro events at the old Ar…

Murat's Institute features a gym in the back and cafe in the front, a combination which Mazicioglu said fosters a supportive communal atmosphere.

Murat's Institute features a cafe in the front, which offers a variety of traditional Turkish fare.

After he captured the 1989 Athens Marathon, Murat Mazicioglu was presented with this original Olympic medal from the inaugural modern games in 1896.

The gym in the back of Murat's Institute allows ample space for patrons to work on their own individualized plans formulated by Mazicioglu and catered to their needs. 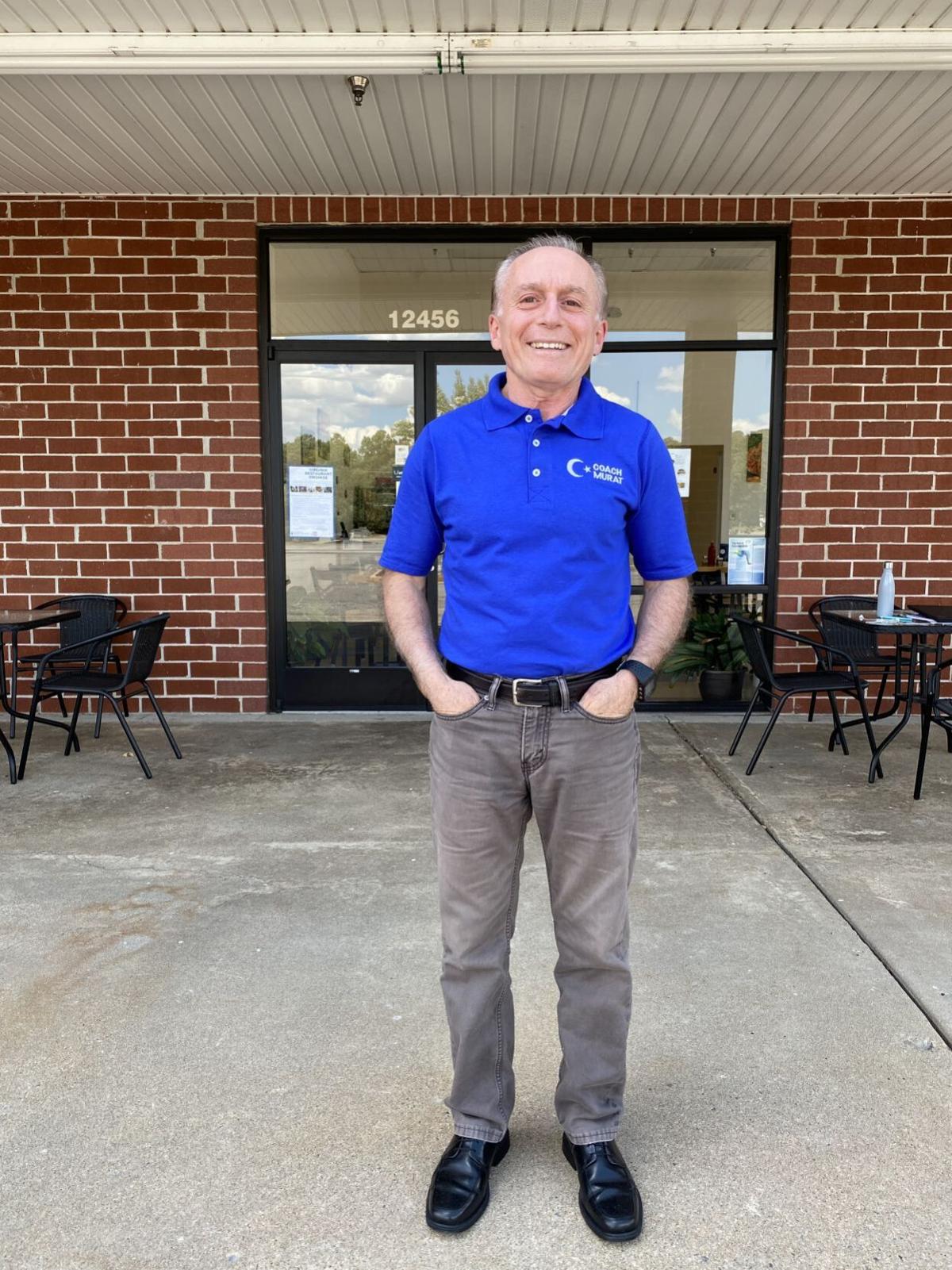 Murat Mazicioglu won the 1989 Athens Marathon among many running wins.