Aaron McGarity's baseball journey took a slight detour mid-pandemic; he worked at a golf course while waiting to get back to action
0 comments
Share this
1 of 3 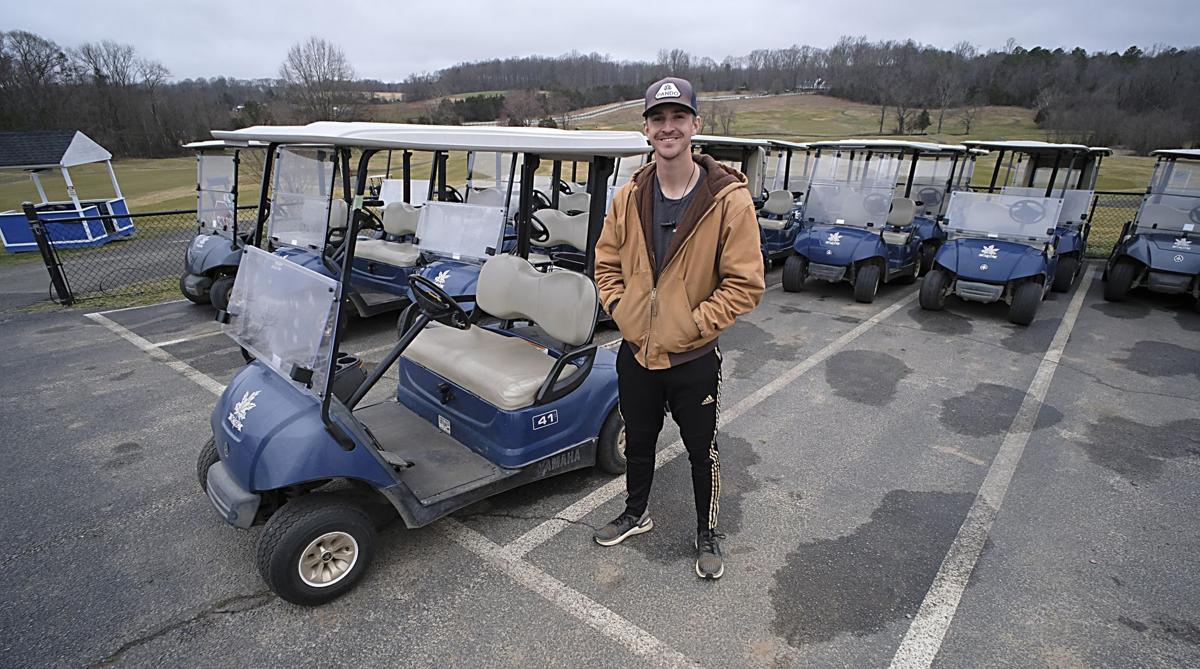 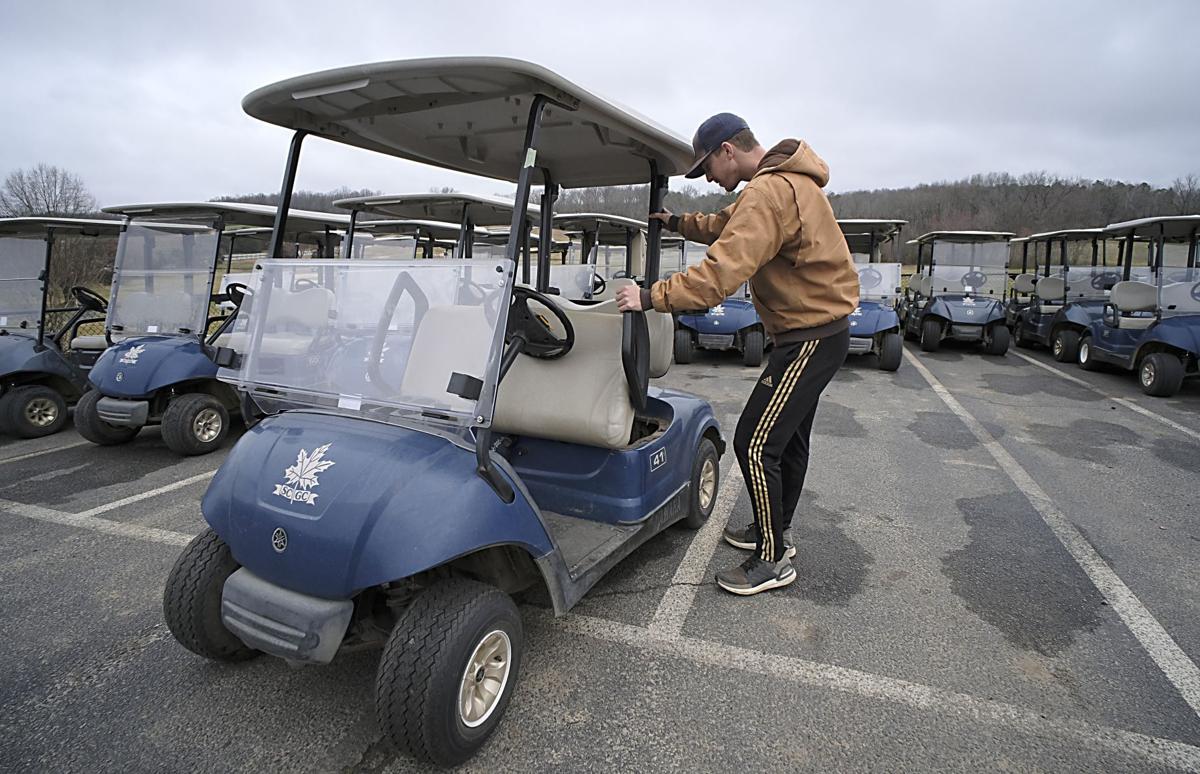 Aaron McGarity, 26, former VA Tech pitcher who is a minor leager in the Yankees system, checks out golf carts at his current job at the Sycamore Creek Golf Course in Manakin-Sabot, VA Wednesday, March 17, 2021. 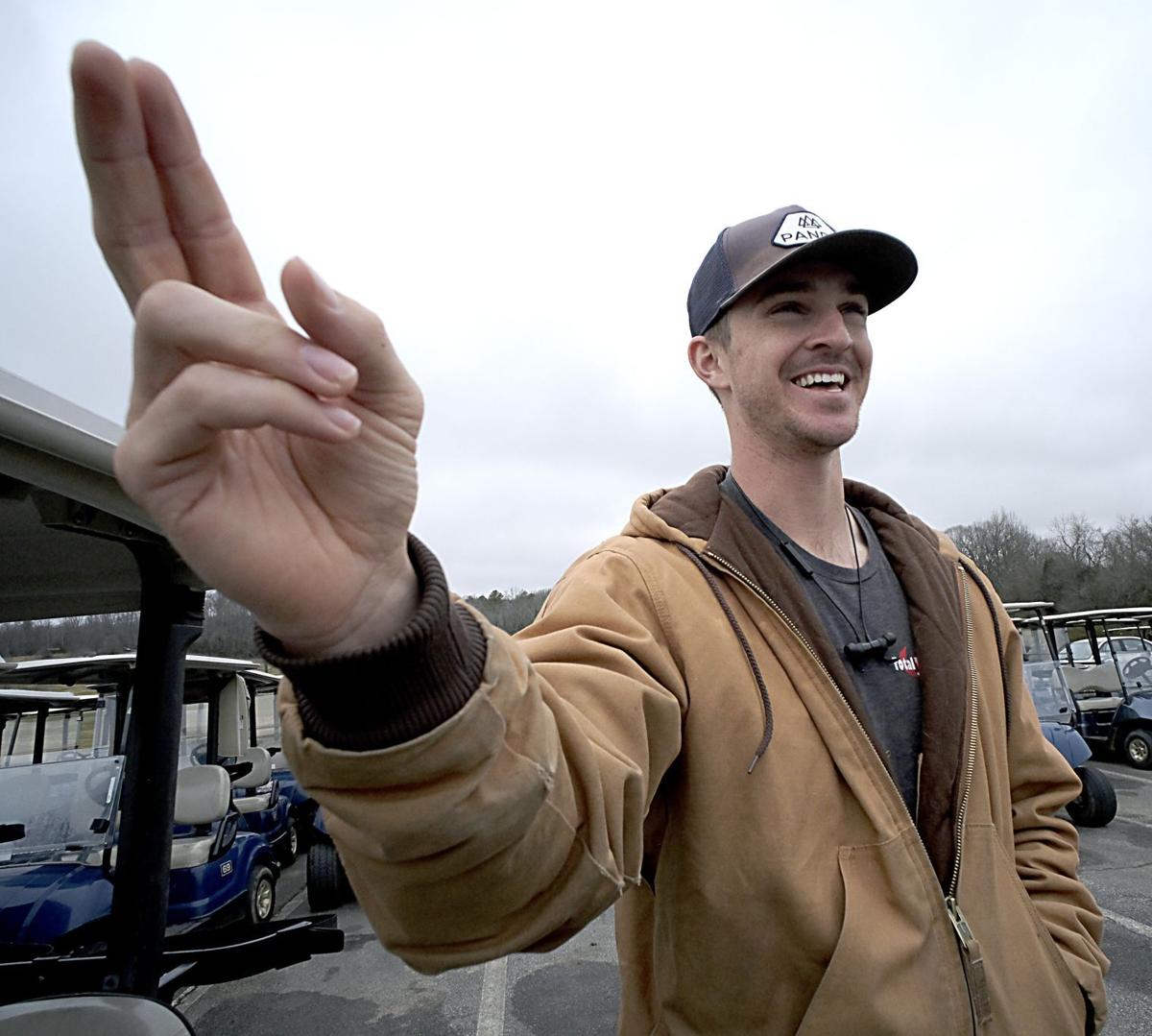 Aaron McGarity, 26, a former Virginia Tech pitcher who is a minor leaguer in the New York Yankees system, demonstrates how he delivers his favorite pitch, the slider, as he talks with visitors at the Sycamore Creek Golf Course in Manakin-Sabot, where he has his current job.

For the past year, he has been earning $10 an hour washing carts, clearing the practice range, and anything else required of him as a part-time employee of Sycamore Creek Golf Course in Goochland. This isn’t what Aaron McGarity expected to be doing, not after having a bang-up fall of 2019. A relief pitcher in the New York Yankees organization, he was sent to Arizona for additional competition as a prized farmhand — and didn’t disappoint.

After allowing a home run to the first hitter he faced, the 6-foot-3, 195-pound right-hander, with the 94 mph fastball and equally effective slider and change-up, didn’t allow another earned run in 10 games (11 1/3 innings). He struck out 15, walking one. Having become almost lost in the system, McGarity was back on the organization’s radar when new director of pitching Sam Briend went to bat for the Virginia Tech alumnus and said not to overlook him solely on an up-and-down regular season.

Briend, 33, joined the Yankees after working for Driveline Baseball, a data-driven pitcher development camp/system that uses 18 cameras to detect flaws and track every movement. He was hired in June of 2019 and became an instant advocate for McGarity.

What’s not to like? He throws hard. He throws strikes. He has all the makings of someone who could make big bucks playing a kid’s game. Gosh knows the Mills Godwin High product has the potential to be something special. He proved it, didn’t he?

Then, along comes COVID-19, shutting down the country including baseball … which put the bats and balls away in 2020 and left young hopefuls outside the major leagues like McGarity in limbo.

Actually, it’s been a wild ride for McGarity. First, he suffered a knee injury — playing pickup basketball — in the spring of 2016 after having an eye-catching summer of 2015 in the Cape Cod (wooden bat) League. Then he rejected bonus-money-to-kill-for from the Yankees, thinking he was worth much more and finally getting less than half the original offer.

Now McGarity has been bothered, off and on, this winter by a pain in his left side. A skiing trip to Big Sky, Mont., probably didn’t help his recovery, not to mention all that golf.

But confidence never has been a problem for McGarity. “My mindset is: If I can get — and stay — healthy, I’m the most capable pitcher I know,” he said last week. “I think I’m as gifted … more gifted … as anyone in the major leagues.”

Of course, talking the talk is one thing. So far, since becoming a relief pitcher during the latter part of an OK four seasons in Blacksburg (9-15, 4.37 ERA), McGarity has some impressive numbers in three pro campaigns. In 55 games (104 innings), he has a 1.90 ERA, with a walks-to-strikeouts ratio of 17 to 128. His WHIP (walks, hits per inning pitched) is 0.98, outstanding especially for someone coming out of the bullpen.

Until they hired Briend, it’s possible the Yankees thought about dumping McGarity. He still isn’t on their 40-man major league roster, and they didn’t protect him from being taken by another team in the Rule 5 draft, designed to keep teams from stockpiling young players with MLB potential.

That, suggested his agent, Richmonder Jeff Beck, was disappointing if not totally surprising. The Yankees are said to be stocked with strong, young arms. Beck, who has represented major league players, says his client has the right stuff to reach the big leagues … “if he can stay healthy.”

At this point, McGarity at least understands the uncertainties of professional pitch-and-catch. He’s realistic enough to recognize, like any of the Yankees’ 150 or so minor leaguers, he could be out of a job at any time.

“Spring training is set up so it’s a tryout every year,” he said. “You have no idea which team you’re going to make. I could throw my first bullpen when I get down there ... and they could cut me loose.”

Yankees farmhands have been told to report April 1 in Tampa, Fla., “and be ready to rock and roll,” McGarity said.

At the moment, subject to change, he’s been assigned to the new Hudson Valley Renegades of the new High-A East League, with 12 teams in seven states from New York to Georgia.

Beck, who was his Tuckahoe Little League coach, thinks McGarity should be in Triple-A this year, Double-A at least. “He’s that good,” Beck said. “I think the Yankees know that, too.”

Born in Allentown, Pa., coming to the Short Pump area in 1999 when his father changed jobs, McGarity first showed everyone how really good he could be in 2015 when he was dazzling as a reliever in the Cape Cod League, arguably the best of the summer competition. In 11 games (13 innings), he struck out 19, walked none, allowing three earned runs, with a 1.38 ERA. His WHIP was a glossy 0.615.

The Yankees were so impressed they told McGarity they planned to take him in the fourth or fifth round of the next draft. How much did he think he was worth? Offered a signing bonus of $400,000, McGarity held out for $600,000.

Understand, until you make the big club, it’s all about how much they’re willing to pay up front. McGarity’s take-home with a short-season “A” team was $1,250 a month. He can make more working at your friendly, local golf course.

“Minor league salary is nothing compared to just about any other job in America,” he said. “You live off your bonus and stipends they give you for food and living expenses. It’s a high-stress job especially if you are married [he isn’t]. Guys with families … I feel for them. They really feel the pressure.”

McGarity faces an uncertain future. The year off has left a lot of questions.

“I am a little concerned how I’ll compare with the other guys, with the cutting of teams and shrinking of opportunities and all that,” McGarity said. “At the same time, what can I do about it? My side hurts, but who cares? Other guys have dealt with worse. All I can do is go down there [Tampa], keep my chin up and perform, do what I’m capable of doing.”

Then, before starting his next shift at SCGC, McGarity added, “I’m chasing a dream … and if it fails, it fails. I’ll be able to rest my head on the pillow, knowing I gave it my best … and had a great time doing it.”

Through the pain and tears, there have also been many stories shared this week about Lucia. Most consisting of a similar theme: her trademark smile.

Aaron McGarity, 26, former VA Tech pitcher who is a minor leager in the Yankees system, checks out golf carts at his current job at the Sycamore Creek Golf Course in Manakin-Sabot, VA Wednesday, March 17, 2021.

Aaron McGarity, 26, a former Virginia Tech pitcher who is a minor leaguer in the New York Yankees system, demonstrates how he delivers his favorite pitch, the slider, as he talks with visitors at the Sycamore Creek Golf Course in Manakin-Sabot, where he has his current job. 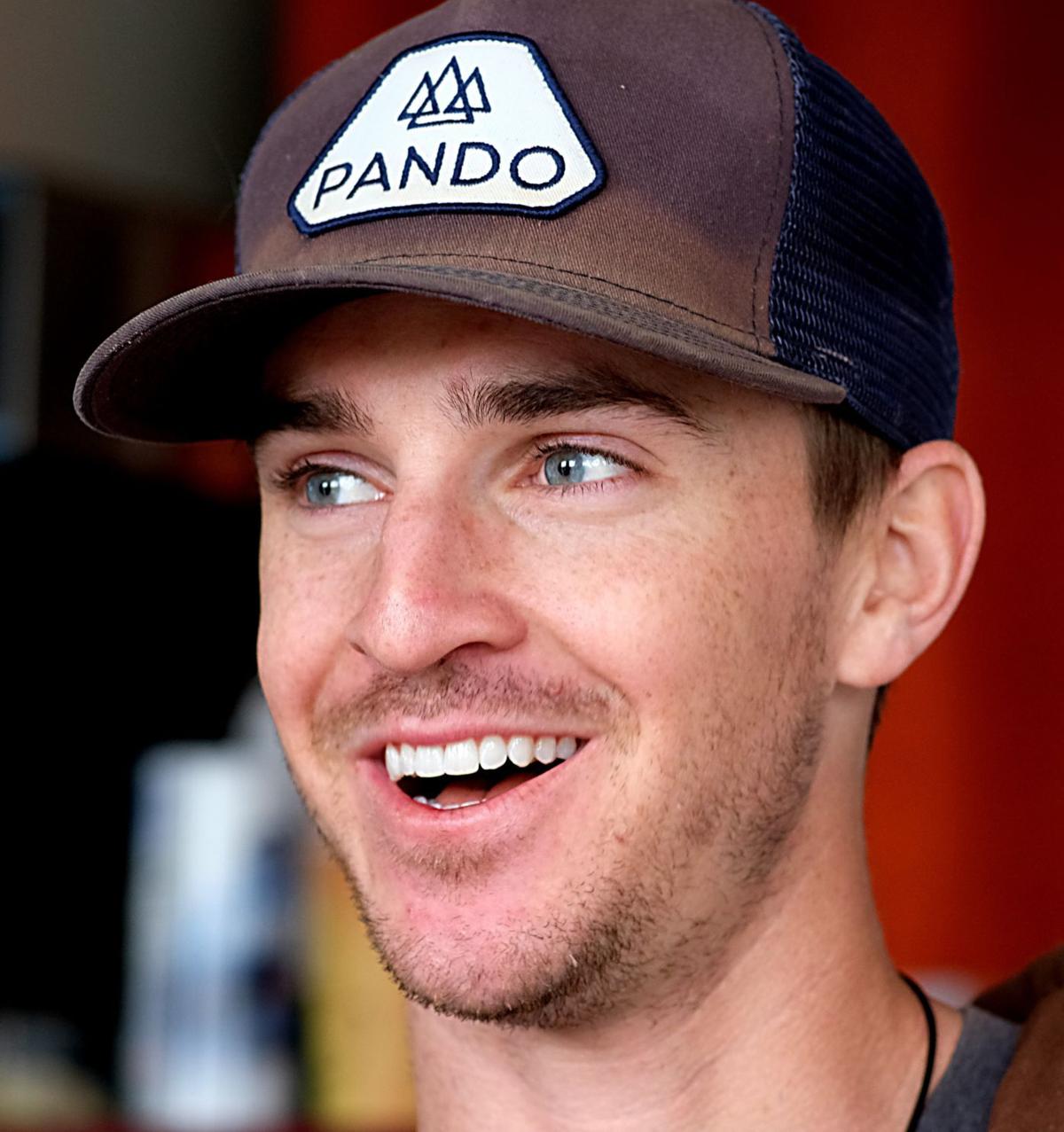