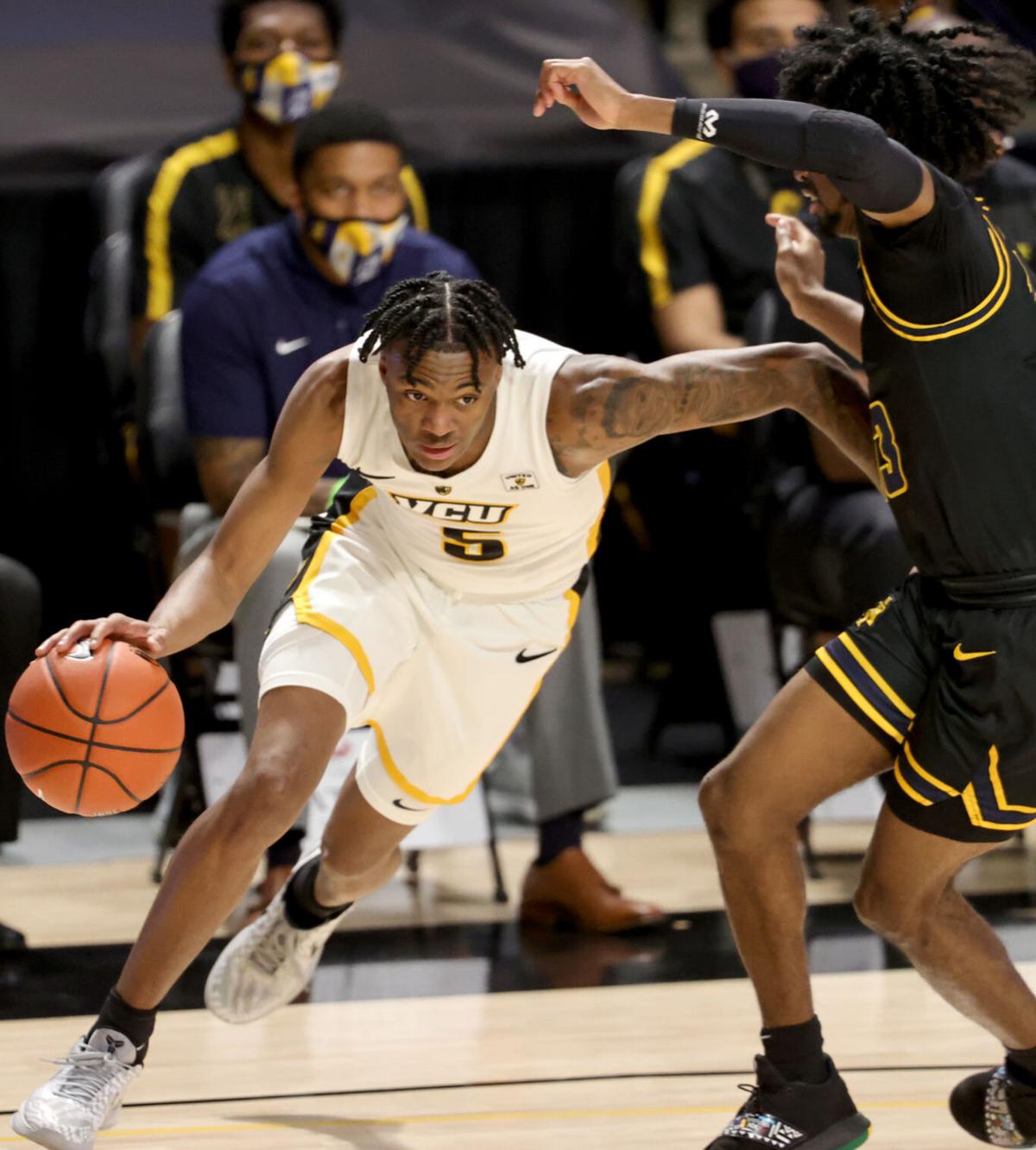 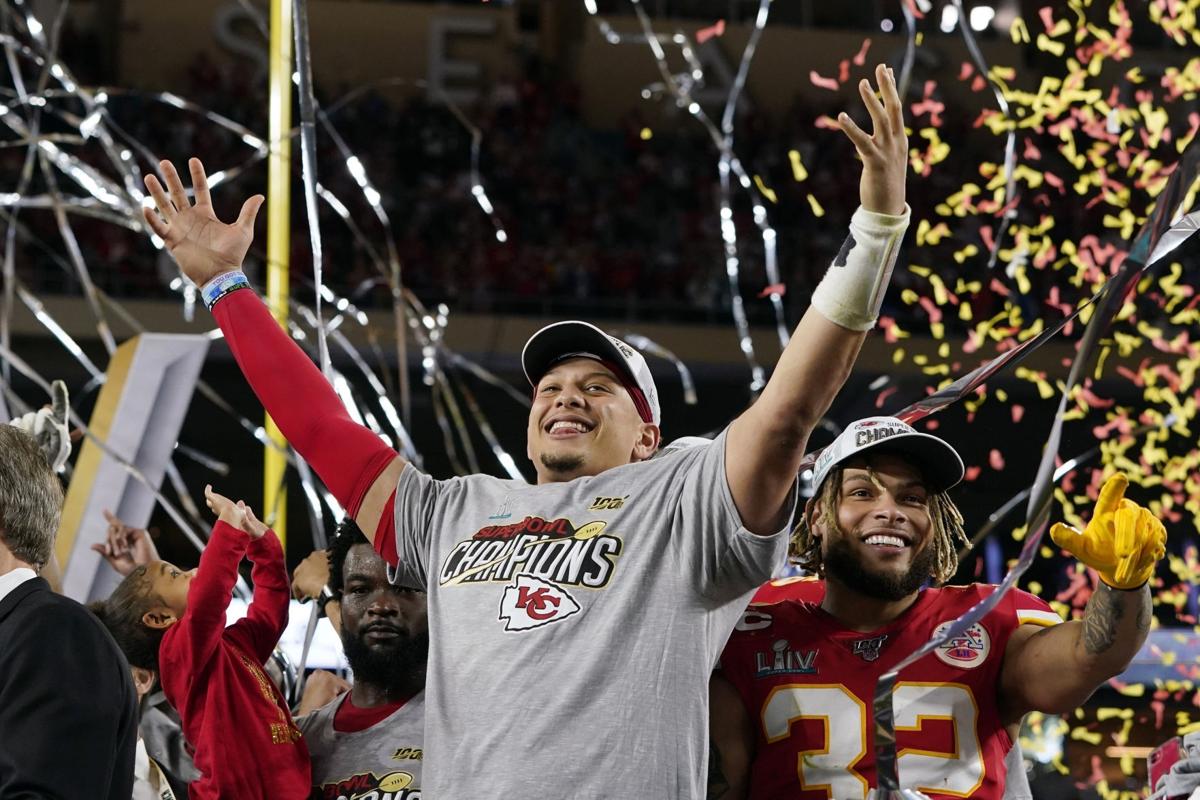 ABOVE: Kansas City’s Patrick Mahomes, a Super Bowl champion, could be followed by a new generation of quarterbacks expected to control NFL huddles in 2021. LEFT: VCU’s Bones Hyland leads a young Rams basketball team that appears to be ahead of schedule in development. 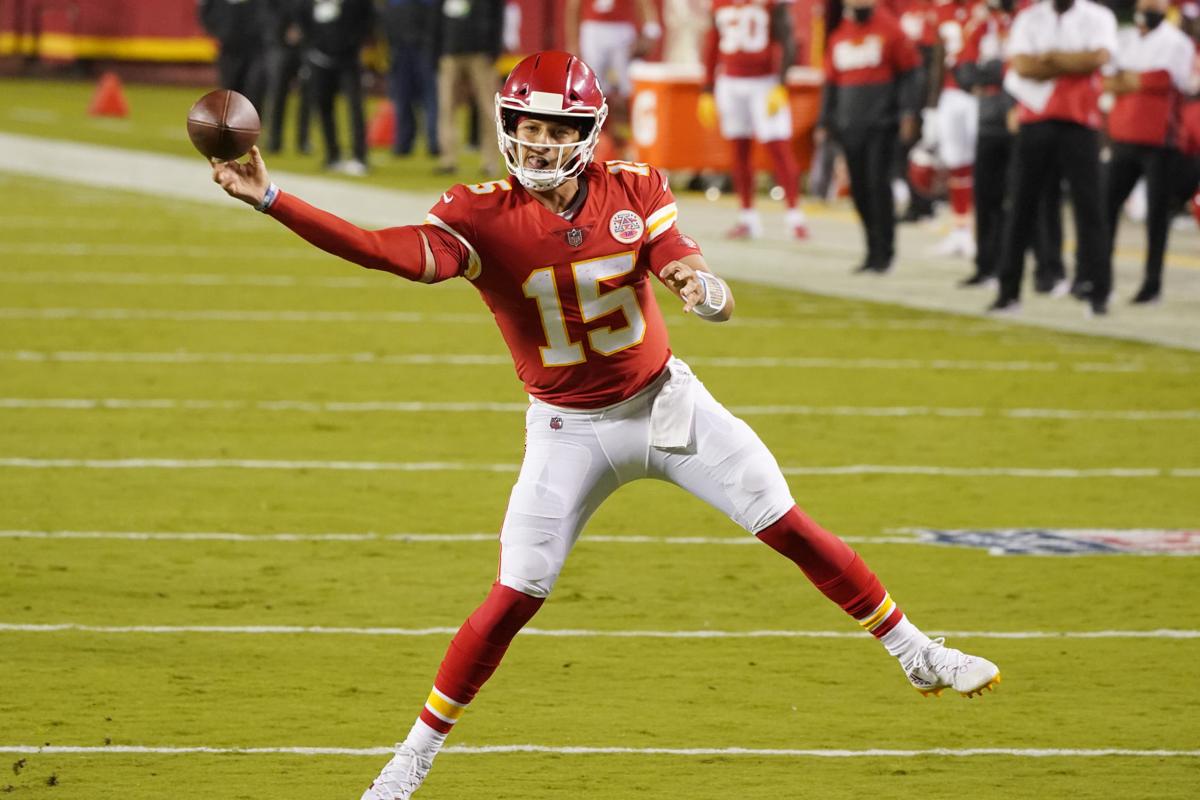 Though 2021 has arrived, in many ways it still feels as if 2020 is the uninvited guest who hasn’t gotten the hint that the party is over and it’s time to leave.

Yet, in the spirit of onward and upward, here are 10 items in sports on my radar as we enter the new year:

The NFL playoffs: If you want to be the champ; you must beat the champ, and right now, Kansas City wears the crown.

The Chiefs’ offense last season showed its Looney Tunes, Roadrunner-like quality with the ability to put up 14 points and pull away from an opponent in the time it takes to say, “Meep, Meep.”

This season the defending Super Bowl champions have shown composure in close games. They are the first team in NFL history to win seven straight by 6 points or fewer.

To beat the Chiefs, the question isn’t just if you have what it takes, but do you have it for an entire 60 minutes?

The Washington Football Team: What am I most interested to see in 2021?

Will the Football Team pull out of a December tailspin to reach the postseason? If so, can it become the third division champion in a row to win a playoff game after reaching the first round round with a losing record?

More intriguing is what happens in the offseason?

Stop me if you’ve heard this before: Who is Washington’s quarterback of the future?

Where and how does the team address this dire need? Is it through the draft or free agency?

Who will be the new general manager whom the organization reportedly plans to hire? What else will Washington target while being $49 million under the salary cap?

And will this team get a new name in 2021 or remain the Washington Football Team?

Sports gambling in Virginia: While the official date and announcement of what providers will be approved is still unknown, officials predict Virginians will respond by betting as much as $400 million in the state in 2021, according to a recent AP article.

There will be no physical sportsbooks, as only online options are allowed under state law. Games involving Virginia colleges won’t be available. Yet what has been long anticipated will finally be legally available to phones and other devices, potentially in time for the Super Bowl and March Madness.

Virginia Madness? Conference play is just underway and the road will be bumpy, winding, and unexpected in a pandemic, but just how many teams could we see from the commonwealth in Indianapolis?

Much will be decided between now and mid-March, but there are nearly a half-dozen schools in Virginia that look the part of a tournament team.

The National League: In sports, the only thing better than your team winning a championship is having your rival win it.

Because it raises the bar in the face of your team’s owner, general manager and front office.

With the Los Angeles Dodgers winning the World Series in November, the reaction has been almost immediate. Atlanta, which was a win away from sending the Dodgers packing, have set their rotation with the additions of Charlie Morton and Drew Smyly to Max Fried, Ian Anderson, Kyle Wright and Mike Soroka, upon return from a torn Achilles this past season.

The San Diego Padres intend to show 2020 wasn’t a flash in the pan, as they’ve traded for former Cy Young winner Blake Snell and Yu Darvish to go with the fiery bats of their lineup led by Manny Machado and Fernando Tatis.

FCS in the spring: The aftershocks of 2020 are going to be felt for more than just days and months. In sports, the rescheduling of 2020 will included the FCS playing its season this spring.

JMU, Richmond, and William & Mary are scheduled to kick off in six weeks.

What if the FCS finds this to be a positive turn of events? What if the popularity of college football and need for sports programming produce a better television and financial situation with the FCS playing in the spring?

The idea might sound blasphemous to some. Yet it could open television windows to the FCS that are closed by the FBS in the fall. ESPN has deals with the ACC and SEC. Fox airs the Big Ten and Pac-12. Even CBS Sports is airing Conference USA or another Group of Five league while NBC has Notre Dame.

One major issue would be the NFL draft’s timing, but what if a future agreement could be struck with the NFL to move the draft back a week or two in exchange for games to fill their programming, such as the NFL Network’s “FCS Game of the Week?”

Perhaps the Dukes and Spiders, live from Richmond?

A return to (some) normality: Give me back the “Madness” in March, The Masters in April, MLB opening day in spring, and college football kicking off on Labor Day Weekend.

Yet, all change wasn’t bad. I liked those Monday night doubleheaders.

A changing of the guard in the NFL: This won’t happen in one big shift as a crew of quarterbacks leave and another wave of NFL superstars enter. However, it feels as though we are in a transition as new signal-caller stars emerge such as Josh Allen in Buffalo and Justin Herbert in Los Angeles in addition to Mahomes in Kansas City.

While neither Tom Brady nor Aaron Rodgers appears to be walking into the sunset after this season, will this be it for Drew Brees in New Orleans? Would Ben Roethlisberger walk away if Pittsburgh could somehow win it all? Could we see Matt Ryan and Matt Stafford be moved from Atlanta and Detroit, respectively? Will Carson Wentz get another opportunity in Philadelphia or be reunited with Frank Reich in Indianapolis?

Take a mental snapshot of the quarterbacks in Week 17; the landscape at that position will look quite different come Week 1 of 2021.

A new arena? A new ballpark: I feel like the boy who cried wolf for even typing those words. Yet, it’s on my radar to see if the $2.3 billion Green City proposal, which includes a 17,000-seat arena in Henrico County, gets the two thumbs up and good to go in 2021.

At the same time, with Major League Baseball’s takeover of Minor League Baseball, a priority has been placed on facility standards, and the pressure will be coming from the top down to make sure teams comply.

VCU continues to aggressively acquire land around the Boulevard and Hermitage Road area, but when will the official announcement come about a new ballpark as part of the VCU Athletics Village? When will a shovel go in the ground? Is there a target year to open a new ballpark?

Richmond continues to wait and wonder, but now so does Major League Baseball.

Appreciating the simple things: Finally, what I most anticipate in 2021 are simple things: the brackets being released on Selection Sunday, the ability to be back on the sidelines this fall instead of hovering around empty stands, and above all taking my wife and daughter to a Squirrels game at The Diamond, enjoying a dog and a beer, taking in the sights and sounds of the game, enjoying the sunshine of summer and then fireworks that illuminate the night.

May that day come sooner rather than later in this new year.

Wes McElroy hosts a daily sports talk show from 2 to 6 p.m. on

SwimRVA, in collaboration with USA Swimming, will be one of two locations to host the TYR Pro Swim Series, an annual event drawing as many as …

KEN PERROTTE: Rascally rabbits can foil even an earnest hunter

Excited barks and howls from the beagles on the gentle hillside above me gave prolonged warning. The track they were following must be smoking hot.

The memory man strikes again with short, as well as long, term recollections from five decades of watching kids’ games and getting a check for…

USA Swimming’s TYR Pro Series event came to Richmond this weekend, pitting some of the nation’s best swimmers against one another across two s…

ABOVE: Kansas City’s Patrick Mahomes, a Super Bowl champion, could be followed by a new generation of quarterbacks expected to control NFL huddles in 2021. LEFT: VCU’s Bones Hyland leads a young Rams basketball team that appears to be ahead of schedule in development.