McElroy: The 9 most fascinating people in sports this year
0 Comments
Share this

December is here, and while the holiday season has cranked up, the NFL playoff races are heating up, and the college football coaching carousel is spinning at a lightning speed of absurdity, it is nearing that time of the calendar to pause and put the year behind us before we flip to 2022.

While that’ll be here in the blink of an eye, this week I reflected on those who stole the show this year in sports: It’s my annual Nine Most Fascinating People in Sports of 2021.

(Why nine? Because everybody else does 10.)

Tom Brady: It’s been said that “Father Time” is undefeated.

Well, Tom Brady, 44, is giving him quite the fight.

There once was a time when many rolled their eyes at the thought of Brady playing until he was 40. Now, the seven-time Super Bowl champion still looks as if he’s 28 and is playing like it with 34 touchdowns and more than 3,700 passing yards.

Brady is in the conversation for most valuable player, and the Buccaneers at 9-3 are only a win back from being the top seed in the NFC.

There was the thought that Brady might retire when he passed Joe Montana’s five Super Bowl rings. Then some thought it might occur if he passed Michael Jordan’s six championship titles. However, here we are in 2021 and the drive and the elite talent are still there with what appears to be no signs of slowing down or an end in sight.

Bill Belichick: Brady gets to go first because he has the most recent Lombardi. But these two are connected in the past, for the future, and in the present.

This week after Belichick’s wintry wisdom in Buffalo, running the ball 46 times to throwing only three in a 14-10 win to take the top spot in the AFC, visions of a Super Bowl matchup with Brady’s Bucs against Bill’s Patriots danced in the minds of many.

Belichick has again re-invented the Patriots into a team with a top-10 rushing attack and the No. 1 defense in points per game (15.4), helping to groom a promising young quarterback in Mac Jones, while not putting the weight of the offense on him.

Stop me if you’ve heard this before?

The Evil Empire is striking back and the “Foxboro force” is still strong with “The Hoodie.”

Shohei Ohtani: With his first few years filled with injuries, Ohtani made adjustments to his diet, preparation, and weight training, and the results paid off in his American League MVP and All-Star season as he recorded nine wins and 46 home runs. Ohtani became the first MLB player to achieve 100 innings and record more than 100 strikeouts as a pitcher and register more than 100 hits, RBIs, and runs as a batter in one season, as per Baseball Reference.

Ohtani was the poster child for fascinating in MLB this historic season. Here’s to hoping a lockout doesn’t prevent us from seeing him this spring.

Simone Biles: The 32-time medalist showed us this summer there is strength in vulnerability.

Biles’ partial withdrawal from the Olympic Games due to struggling from “the twisties” was hard for some to understand. Yet Biles, suffering from a temporary loss of awareness in her jumps and launches, took a step back to focus on her safety, mental health and what was best for her teammates.

The National Institute of Mental Health reports that mental illness affects tens of millions Americans each year. Estimates suggest that only half receive treatment.

The Olympics were not what anyone, including Biles, expected but perhaps her greatest accomplishment is the courage she displayed to be vulnerable, helping others to do the same.

Taylor Heinicke: This week marked a year ago that Taylor Heinicke was signed by Washington as essentially a COVID-19 quarterback.

This year started with him filling in for Alex Smith in a first-round playoff game where he and Washington gave Tampa Bay their most difficult matchup on their path to the Super Bowl.

Fast forward to the start of this season, where the former Old Dominion standout replaced an injured Ryan Fitzpatrick in Week 1.

Thirteen weeks later, Washington is 6-6 and Heinicke has been a vital piece in Washington’s turnaround. His season has been a roller coaster of more ups (with touchdowns and comebacks) than downs. However, the best part of the Heinicke story is: The ride isn’t over, and the next stop is facing Dallas on Sunday with the NFC East still on the line.

In this past season, he added a NBA championship and Finals MVP award to the shelf.

Antetokounmpo’s story is an amazing one from humble beginnings to earning fame, fortune and success in the NBA.

“When you focus on the past, that’s your ego,” said the NBA Finals MVP during the playoffs.” ‘I did this. We were able to beat this team 4-0. I did this in the past. I won that in the past.’ And when I focus on the future, it’s my pride.”

Antetokounmpo’s humble nature is refreshing in a world of “look at me” and “what about me?”

Paige Bueckers: Nicknamed “Buckets,” Bueckers in her freshman season stirred up college basketball as few ever have, winning AP player of the year, Big East player of the year, the John R. Wooden Award for most outstanding player in the country, and the Nancy Lieberman Award for top point guard in Division I basketball as she averaged 20 points, 5.8 assists and 4.9 rebounds, leading UConn back to the Final Four.

Bueckers recently became the first college athlete to sign with Gatorade in a deal that could net her an estimated $1 million per year in name, image and likeness.

But a knee fracture earlier this month will keep her out six to eight weeks.

Here’s hoping for a quick and safe return, because it’s better when your stars can shine — and Bueckers’ career looks extremely bright.

Despite losing Ronald Acuna, Mike Soroka, among other key players in the season and being under .500 entering August , general manager Alex Anthopoulos made summertime moves bringing in Adam Duvall, Joc Pederson, Eddie Rosario and Jorge Soler.

Duvall’s bat exploded in August, the Braves won the NL East in late September, there was Joc-tober, Rosario won NLCS MVP, Atlanta overcame losing Charlie Morton to a broken leg on a line drive in Game 1 of the World Series and Soler went on to win MVP honors after hitting three go-ahead homers.

The more adversity thrown at Brian Snitker’s group, the more it overcame, and for that it is my most fascinating team this year.

Yes, you, especially if you returned to the arena, ballpark or stadium in the past few months.

Sports found a way to carry on in 2020 during the pandemic, but ask any player or coach and even broadcaster — it was not the same.

The boos, the cheers, and the roar of a crowd help set the tone and sometimes tell the story of the game.

There was definitely something missing in sports in 2020 and that was you.

With every witty game day sign, every note popping from The Peppas, the octaves reached on an ovation for another Ovi goal, or the energy during “Enter Sandman,” fascinating you are and, oh, how you were missed.

"When he believes in something — and sports obviously is so important to him — he’s going to work tirelessly to make the connections. It’s not just about giving money. It’s about his time and all of the relationships."

More than 30 years after graduating from J.R. Tucker High School together, Rob Reid and Steve O’Donnell have found a unique way to give back t…

The Midlothian runner turned in the fastest time ever run by a U.S. woman in the marathon on Sunday, finishing in 2 hours, 19 minutes and 12 seconds.

She finished the race in 2:19.12, 24 seconds faster than the previous record set by Deena Kastor at the 2006 London Marathon.

The state sportscaster of the year voting ended in a tie between two Richmond-area personalities: WTVR's Lane Casadonte and 910 The Fan's Wes McElroy. 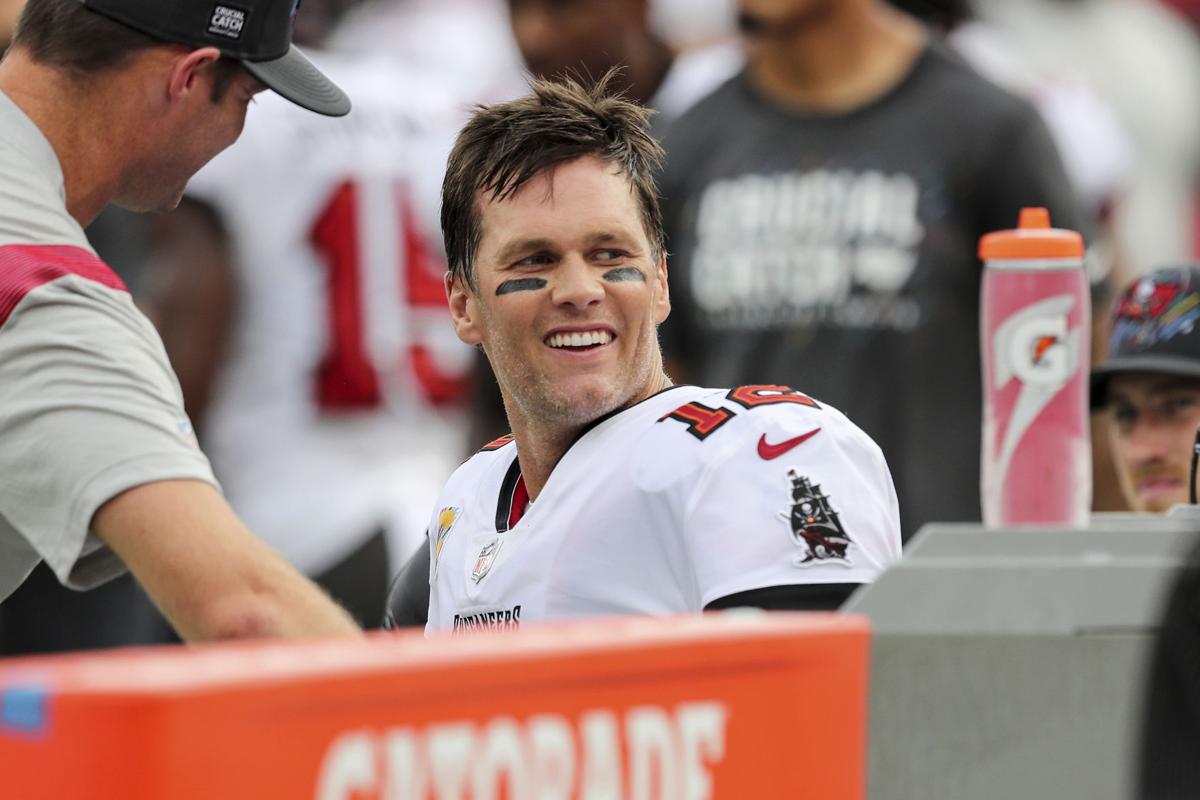 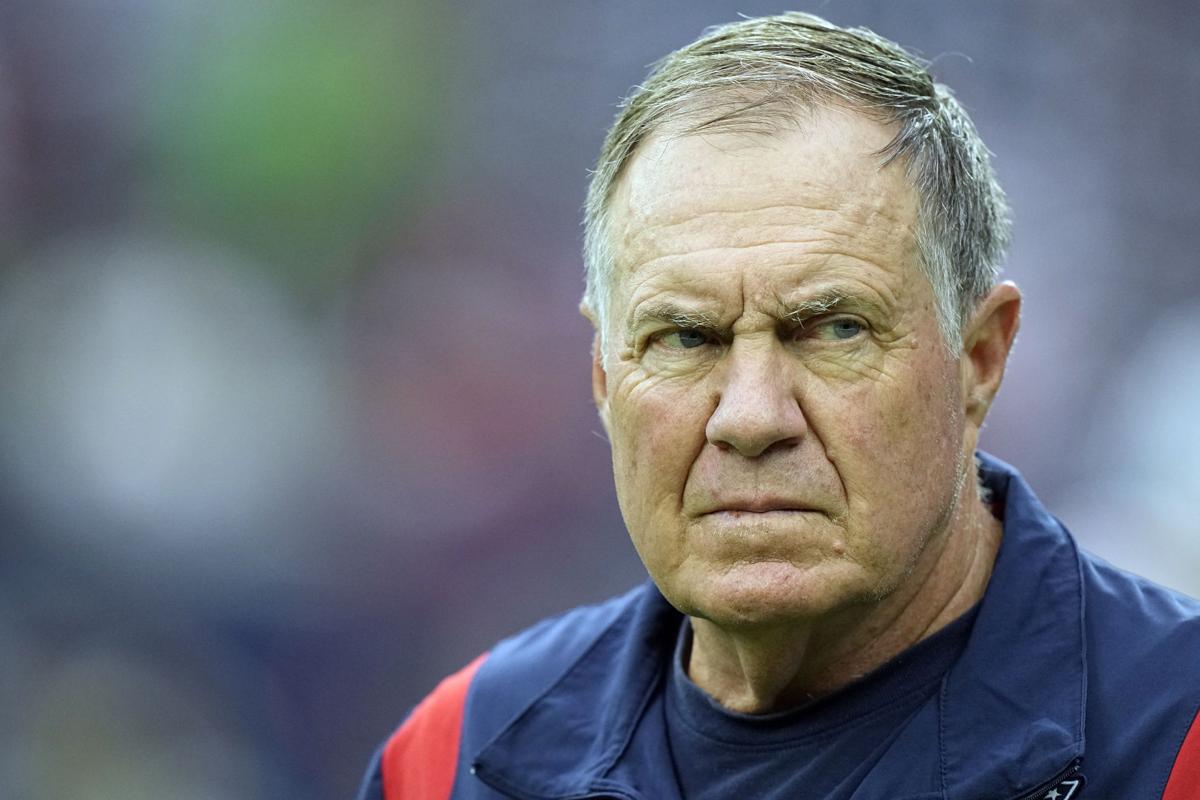 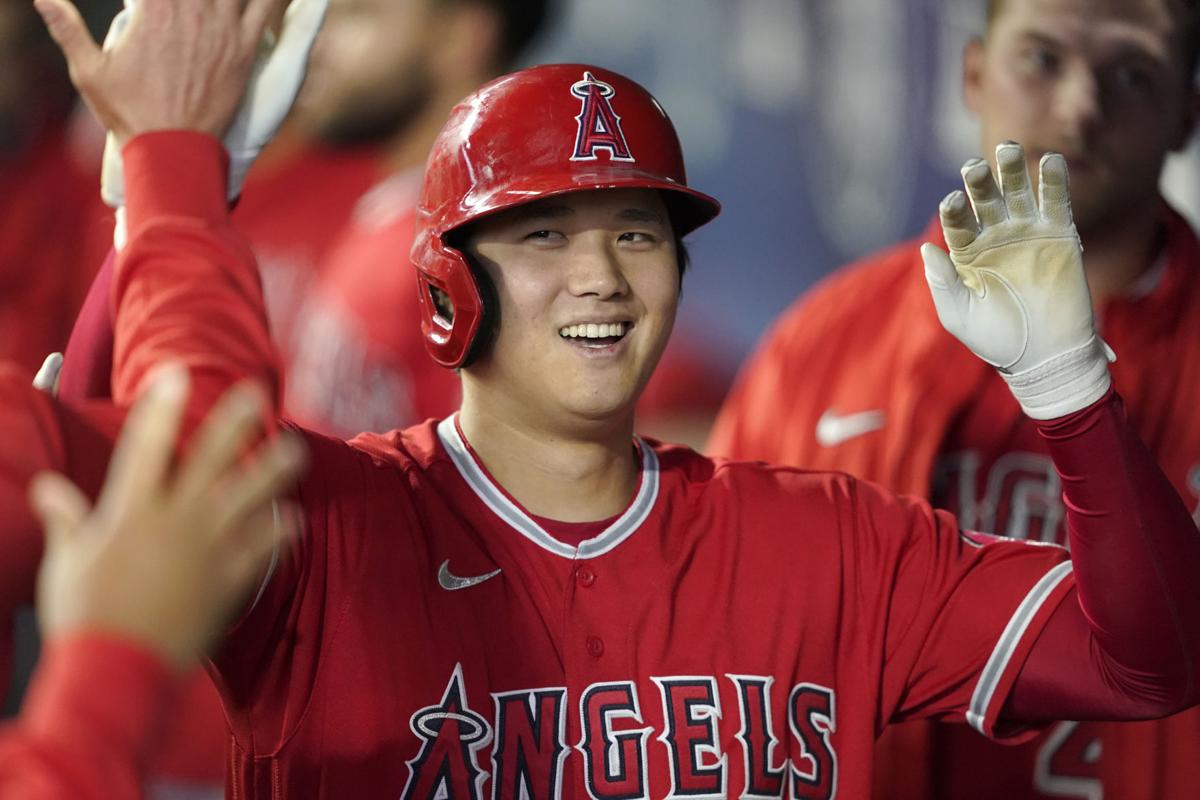 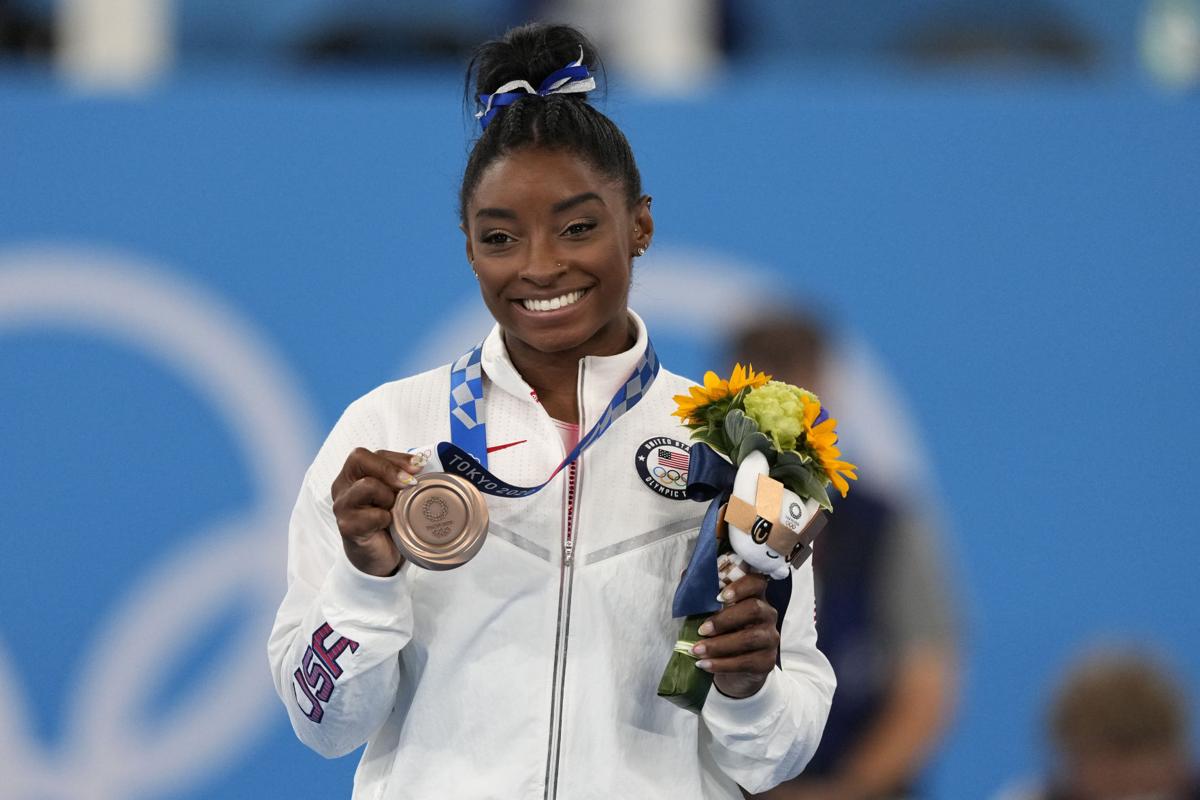 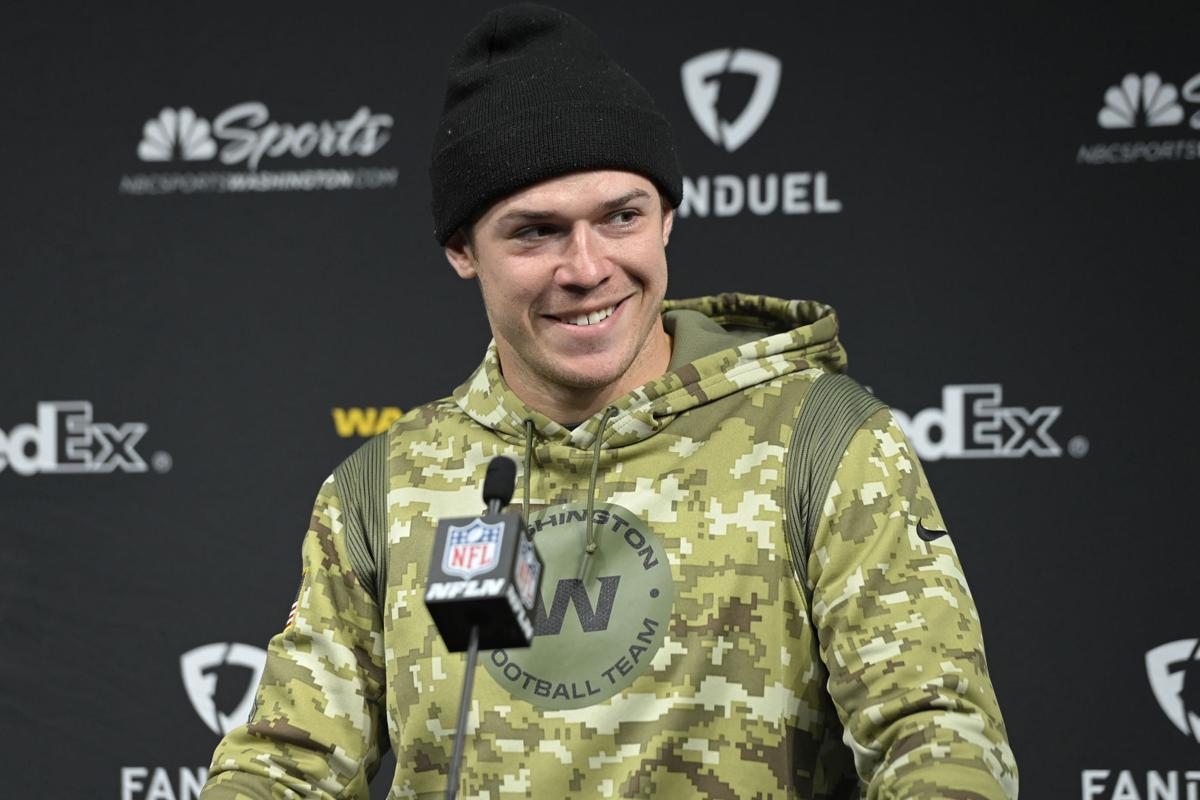 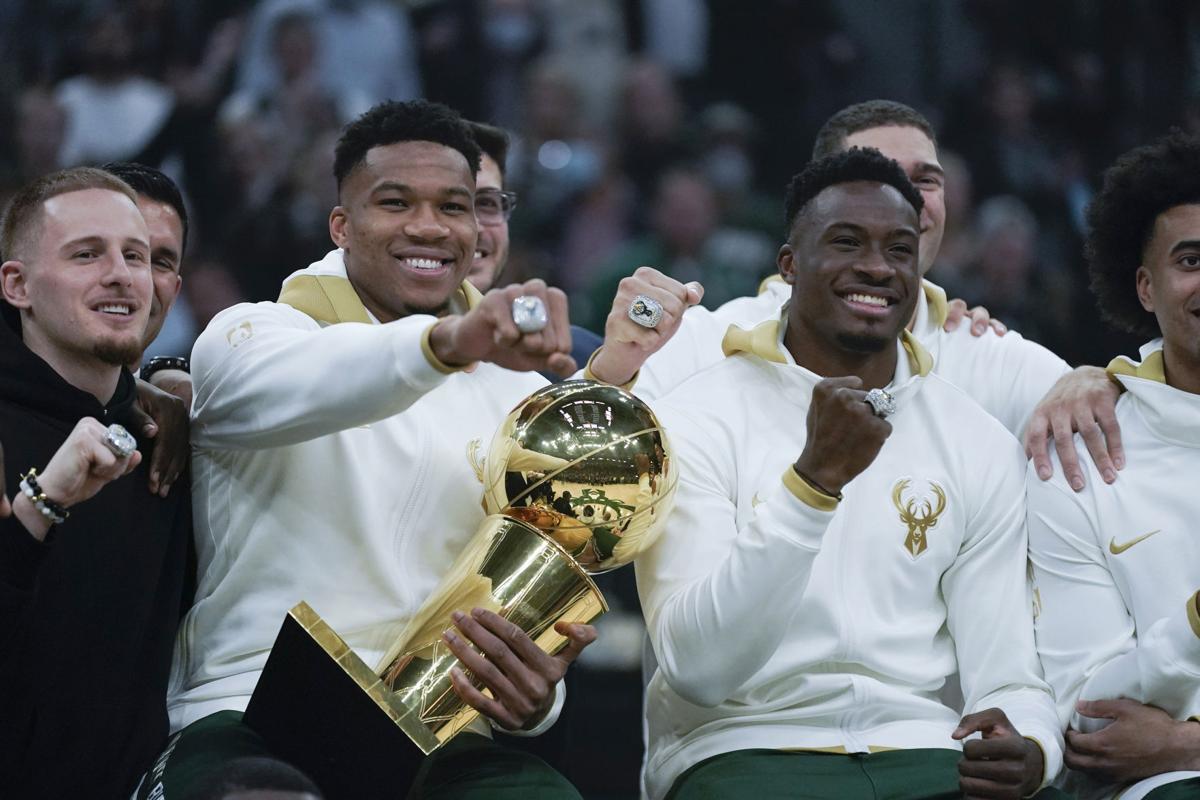 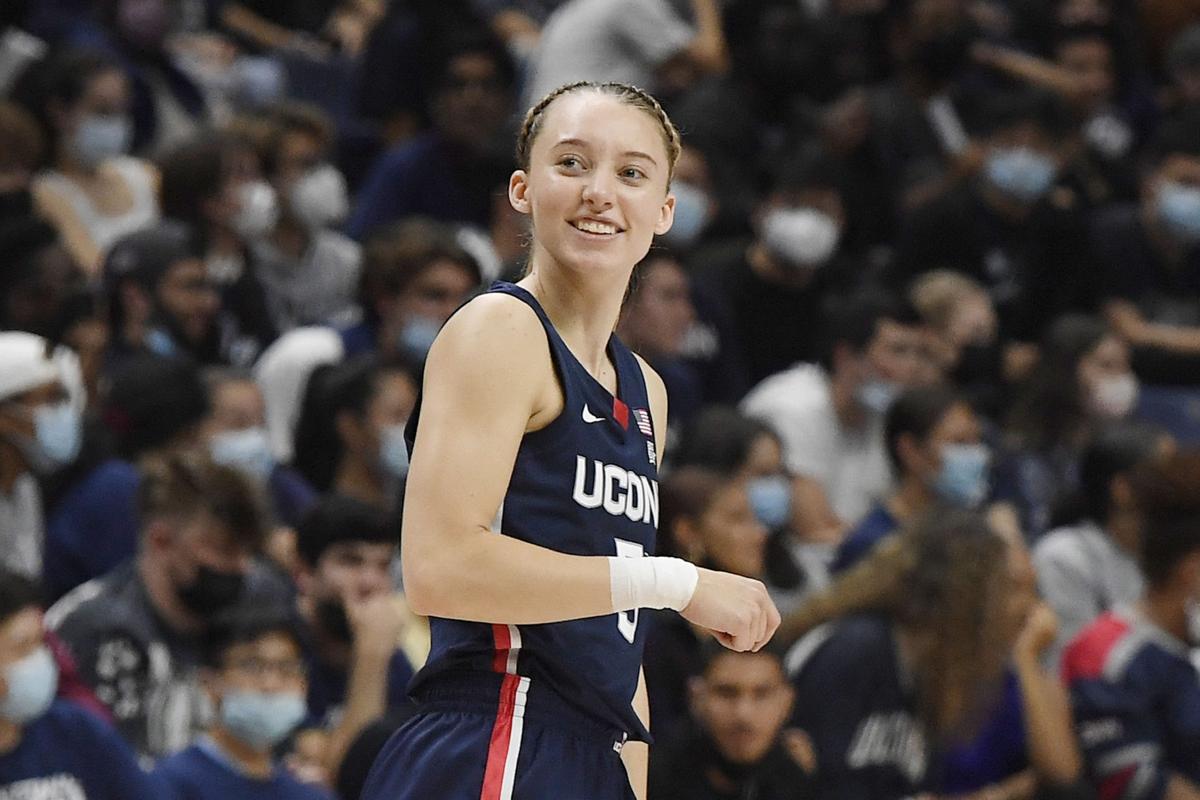