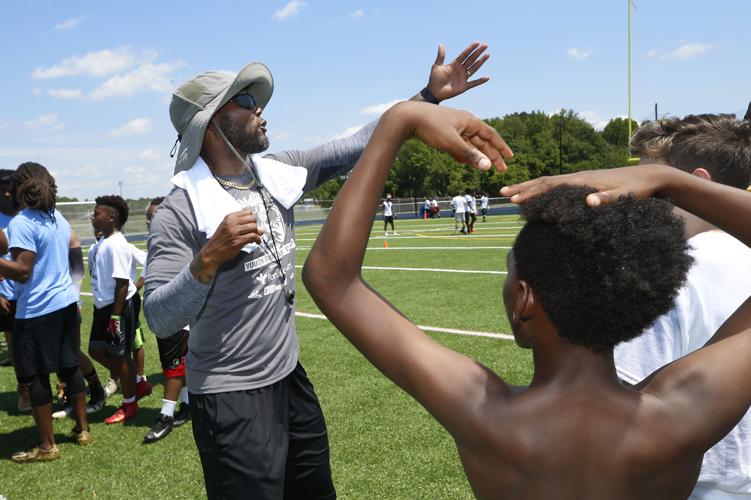 Former NFL player Michael Robinson has worked with players during his annual football camp at Varina High School. Robinson has made community impact through his Excel to Excellence Foundation. 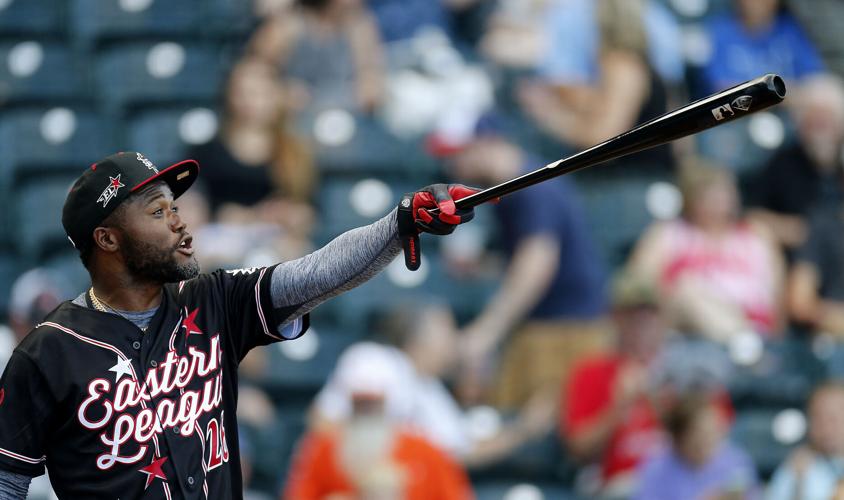 Michael Robinson spent years in the spotlight as a football player, from Varina to Penn State and ultimately winning a Super Bowl with the Seattle Seahawks.

Now nearly a decade removed from playing, he continues to make an impact in the community through his Excel to Excellence Foundation.

His work with the foundation in the Varina neighborhood and across Richmond is why Robinson was tabbed to receive the VCU Center for Sport Leadership “Power of Sport” Award at Saturday’s inaugural RVA Sports Awards.

The event, which will be hosted by Tiki Barber and televised on CBS 6, was created by the Richmond Region Tourism Foundation.

It will take place at the Greater Richmond Convention Center, and tickets remain available until Wednesday.

There will be five awards given through fan voting, and two selected by panels — in addition to Robinson’s honor, Bobby Ukrop will receive the Community Champion award.

Robinson was selected by members of the the VCU Center for Sport Leadership.

“As we considered candidates around the world who are using sport to generate positive community impact, it became clear we have someone in our backyard who embodies the spirit of this award,” executive director Carrie LeCrom said in a press release. “Michael Robinson’s commitment to youth development through sport is exemplary and his Excel to Excellence Foundation is creating generational change in Richmond’s East End.”

The foundation was started in 2010, and holds annual events to encourage education and workforce development.

In partnership with Henrico County, Robinson helped transform the Varina Library into the Excel to Excellence Center.

“We’re thrilled to honor Michael Robinson with the inaugural Power of Sport award,” said J.C. Poma, Richmond Region Tourism’s VP of Community Relations. “Michael has powerfully combined his passions for sports and philanthropy to create programs that will make an impact in our community for generations to come.”

Robinson continues to stay active in football as an analyst on NFL Network, and is a Richmond resident.

“It is an absolute honor to receive this recognition from the place that made me: Richmond, Virginia,” Robinson said. “I’ve always believed through sports we can bring different communities together to fight the challenges of this world and make it a better place.”

“I thought it was going to be just for a few years just to make a little extra money and I just fell in love with it from there."

The only tension at this year’s VSGA State Amateur title match was whether Ross Funderburke would have a walk-off win with a hole-in-one.

“He really saw the value of what sport could do for people. Not only the [Special Olympics athletes], but the folks around them."

The issue was raised in The Times-Dispatch in May, calling attention to a rule that has allowed sports betting operators to avoid an estimated $26.7 million in tax payments from Jan. 2021 to March 2022.

This is Volume 91 on the memory man’s march back into time.

At RWGA City Am tournament, Rohrbaugh claims third title amid a joyous week of golf at all levels

A small caravan of golf carts made the trek around Salisbury Country Club on Friday morning, with the drivers holding their breath and reactin…

Former NFL player Michael Robinson has worked with players during his annual football camp at Varina High School. Robinson has made community impact through his Excel to Excellence Foundation.