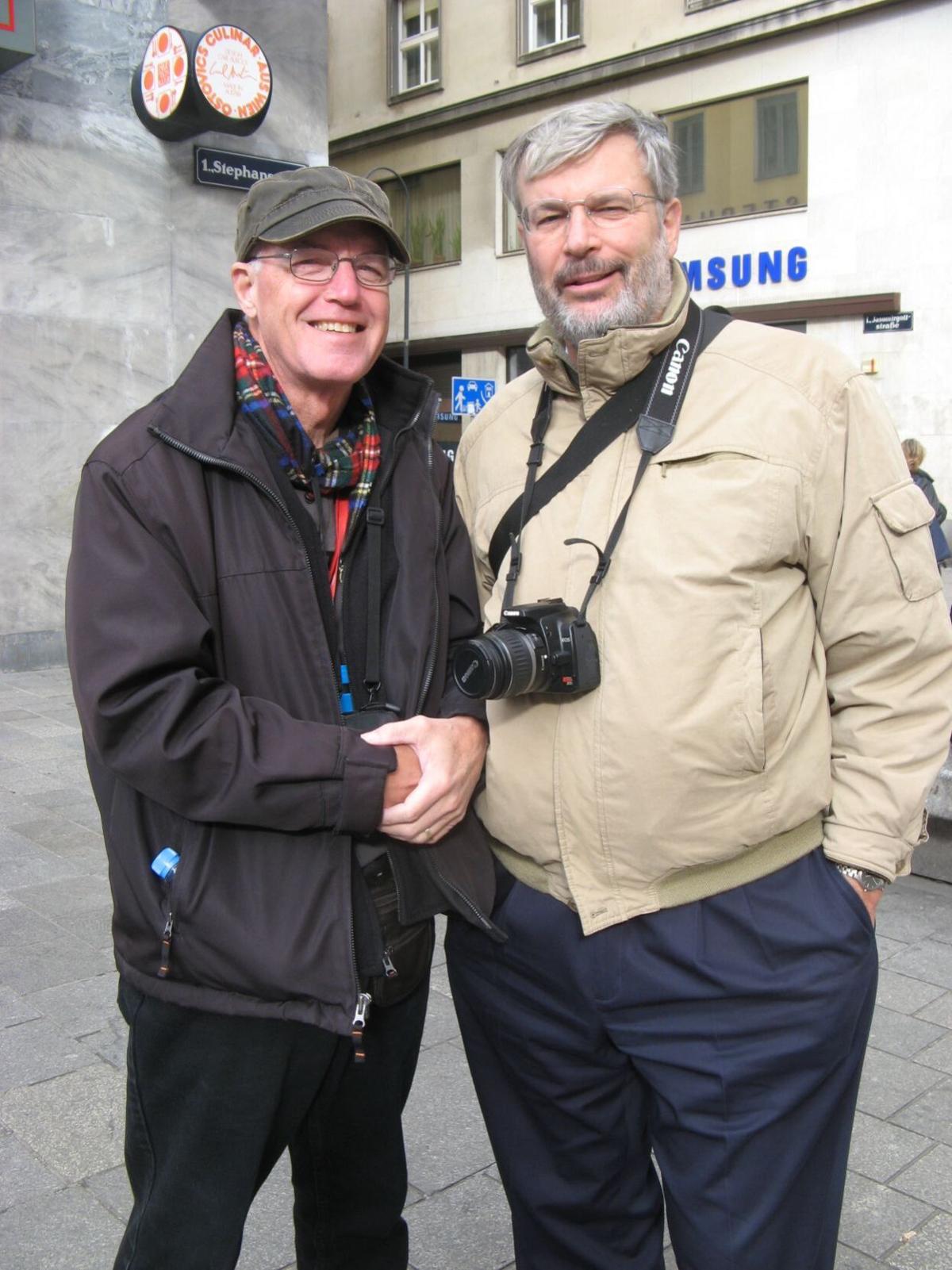 John Packett (left) and Mike Bevans, RTD colleagues early in their careers, eventually vacationed together, including in Regensburg, Germany, in 2012. 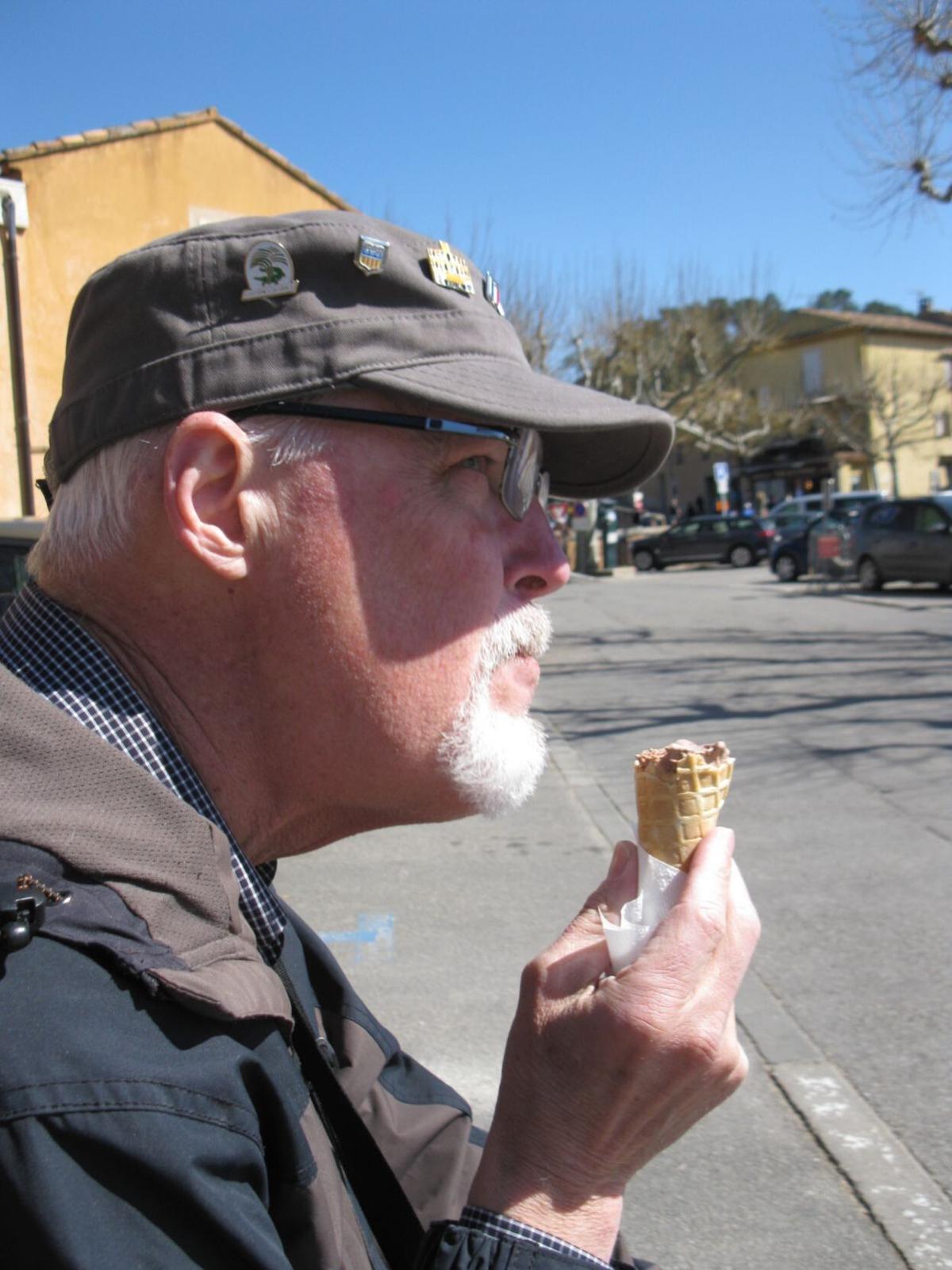 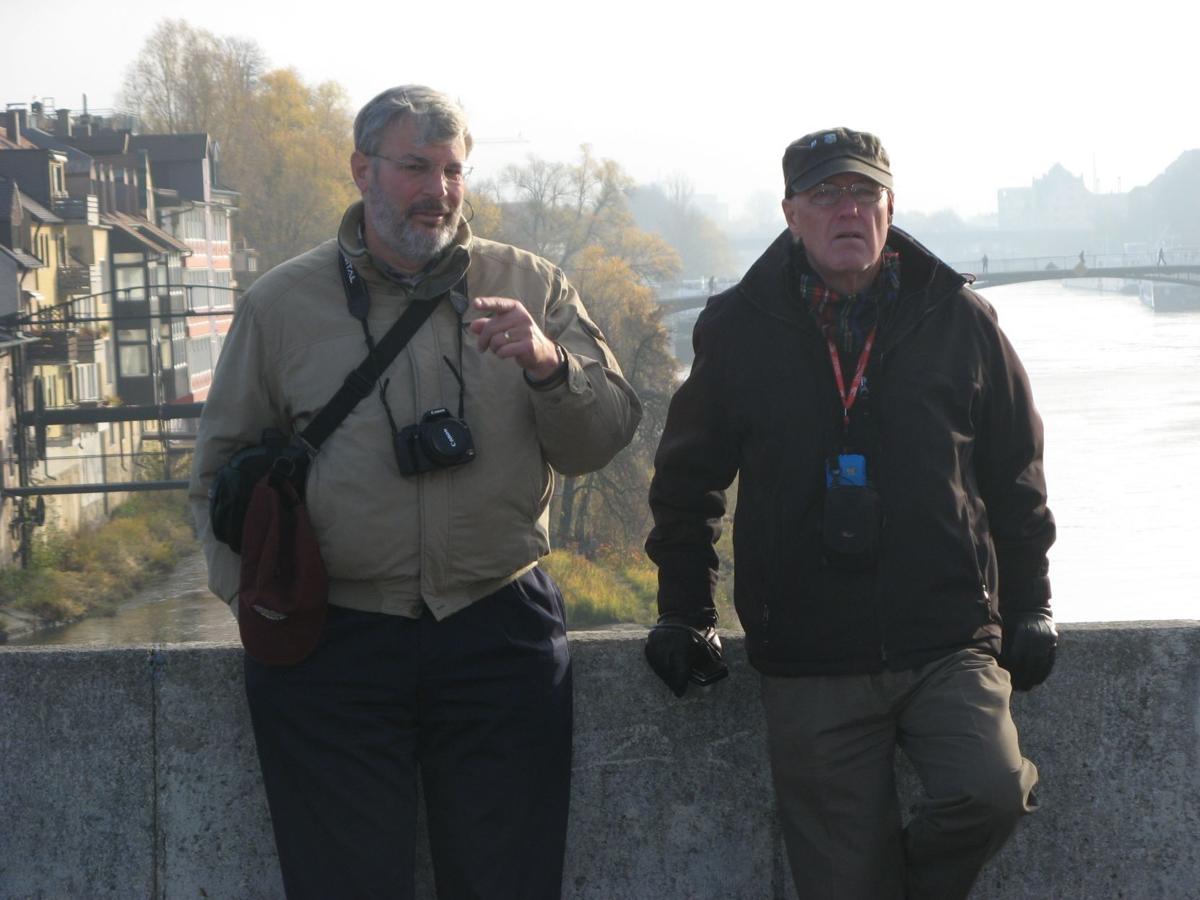 Bevans and Packett in Regensburg, Germany in 2012

My best friend died on Monday. I called him Screwhead, Old-Timer and Ol’ Coot. Longtime readers of the Times-Dispatch knew him as John Packett. Surely you read more than one of his stories, because he covered just about every sport and every team in and around the capital city before retiring in 2009 and becoming an occasional contributor to these pages.

We arrived at the T-D sports department six months apart in 1970. Nine years older, he came in the spring after serving in the U.S. Navy. I came in the fall as a freshman at VCU, working at the newspaper on weekends. Soon enough we shared the high school beat, played racquetball and tennis, hosted parties and led the single man’s life.

Screwhead established himself as the state’s top-ranked tennis writer, covering everything from the city junior championships to the U.S. Open, including the men’s WCT and women’s Virginia Slims tour stops in Richmond. I left the T-D in 1979 to work at five other papers around the country before settling in New York City as a magazine editor. The Old-Timer was a T-D scribe for life.

We both married up, to women we didn’t deserve, and we both had two children who made us prouder than we ever imagined.

More than anything else the Ol’ Coot was a deliberate man — every thought he had, every word he said, every sentence he wrote, every vacation photo he took was measured. As a sportswriter he was fair and honest. As a fan, he was an unbridled booster of the Boston Red Sox, Richmond Spiders and his grandson Kylan. He collected pins, commemorating events he had witnessed and places he had visited, and wore them on ball caps.

Screwhead enjoyed the camaraderie and B.S. at a table full of sportswriters, but more often than not, he hung back and listened to the banter, absorbing what was said rather than proffering his opinions. His square jaw was set in thought until someone’s hilarious story or stroke of wit brought forth a big chuckle that bared his teeth and shook his shoulders.

We stayed in touch after I left Richmond, exchanging Christmas cards and the occasional phone call. I visited him at his Henrico home a few times, and we saw each other whenever he came to New York for the U.S Open. After I retired in 2010, I made a trip south through Maryland, Virginia and North Carolina to renew acquaintances with old newspaper colleagues, but especially to renew deep ties with the Old-Timer.

Not long after that, we started vacationing together. On a river cruise in Europe, from Budapest to Nuremberg, our wives hit it off.

Whenever the tour guide cut us loose for free time, the women invariably fell into conversation and walked briskly to boutiques. I would stop to take photos and fall a few steps off their pace. Invariably, Shirley Packett would spin around and ask, “Where’s John?” At which point I would retrace our steps, eventually finding the Ol’ Coot moseying around the town square, taking photos or shopping for a pin, totally unaware that we had advanced three blocks ahead of him.

I only picked on people I really liked, and with Screwhead I was merciless. He enjoyed the teasing and bristled only a handful of times over 50 years. An exclamation of “dammit” was a sign that he was perturbed.

The cruelest aspect of death by COVID is that it doesn’t allow for proper good-byes. Those within its grasp are moved into isolation and denied the final pat on the shoulder from a friend, the final caresses of loved ones. So I will have to use this space to wish my best friend farewell.

So long Old-Timer. Until we meet again.

Cheerleaders and members of the marching bands are considered non-essential and therefore included in the absurdly low 250-person spectator count.

Virginians took advantage of $6.3 million in promotional money given to gamblers to get them to try the new services.

John Packett (left) and Mike Bevans, RTD colleagues early in their careers, eventually vacationed together, including in Regensburg, Germany, in 2012.

Bevans and Packett in Regensburg, Germany in 2012