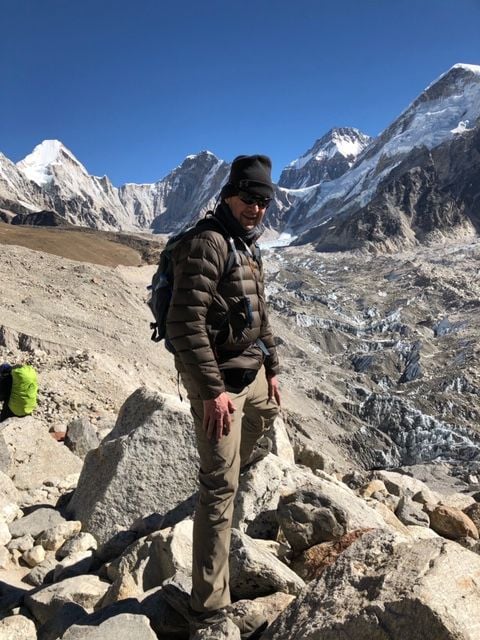 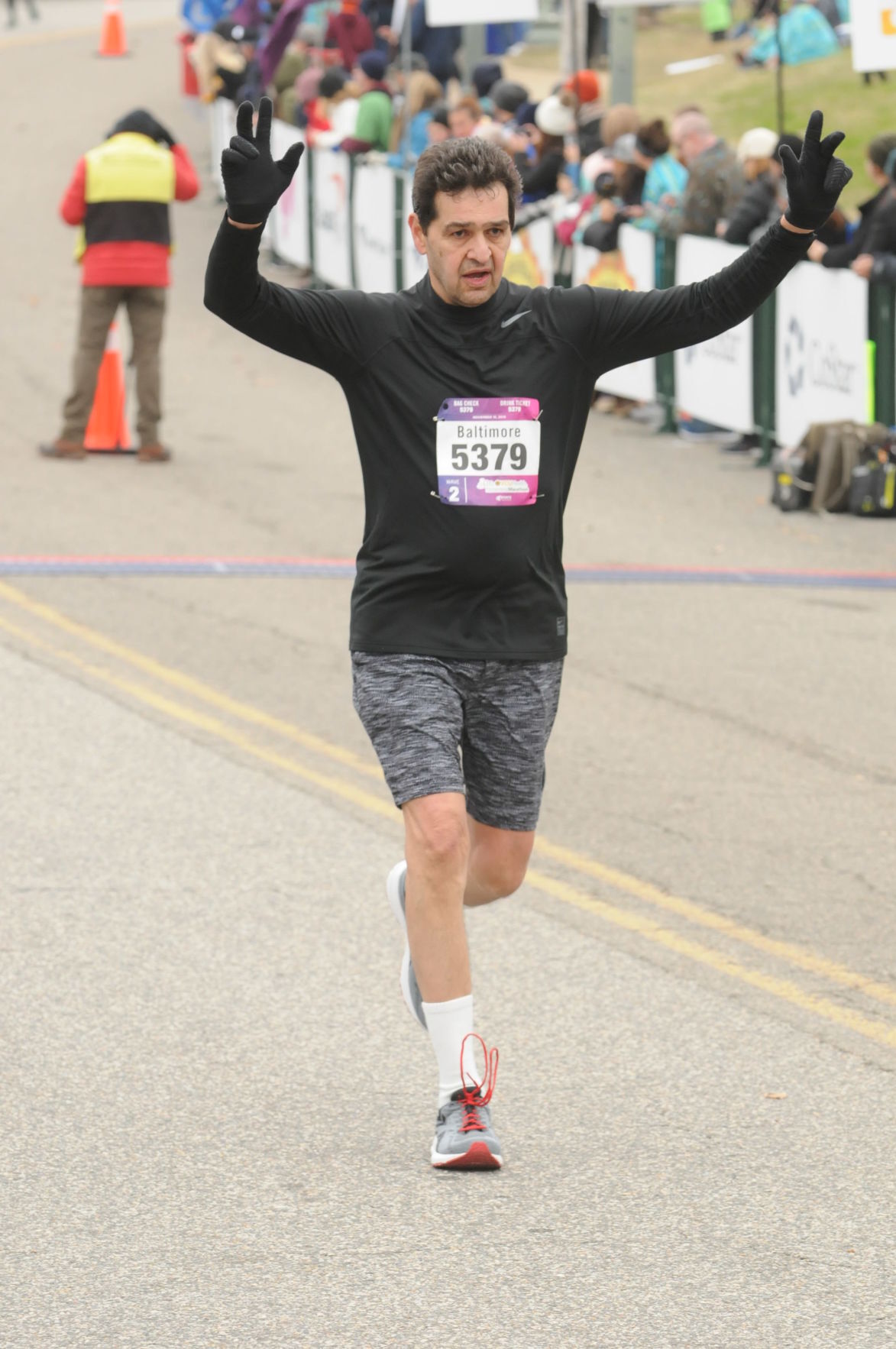 Philip Gibrall ran his first Richmond Marathon with only three or four weeks of training — and in tennis shoes.

Philip Gibrall never really had a bucket list. But as he’s gone through life, he’s collected quite an inventory of extraordinary accomplishments.

The 71-year-old Richmond pharmacist and Benedictine High School graduate is planning to run his 43rd consecutive Richmond Marathon this weekend when the event begins with a run-on-your-own format because of the coronavirus pandemic.

When he was 68, Gibrall trekked a little above base camp at Mount Everest, a 12-day up-and-down trip that took him higher than 18,000 feet. In 2008, he ran in the Comrades Marathon in South Africa, a grueling feat of almost 56 miles that took him more than 11 hours to finish.

“Very seldom do you have a sporting event or anything that you want to do that lives up to the hype,” he said. “Both of those events lived up to the hype. They exceeded the hype.

“It was just something that was unusual to do. If everybody had done it, it wouldn’t have been any allure to it. I just thought it would be a neat thing to do.”

Nobody has done what Gibrall has at the Richmond Marathon. He’s the only person to have completed every 26.2-mile race since the event began in 1978. Bill Smith finished 41 consecutive marathons, according to event organizer Sports Backers. John Deeter and Wertie Turner each completed 40.

Completing the long races year after year — Gibrall has more than 60 under his feet — requires good health, some luck, determination, pushing through minor injuries and dedication to training.

A few weeks before running in marathon No. 20 in Richmond, Gibrall stepped on his shoelace while training, fell and broke his collarbone. He completed the race with basically one arm moving.

He had hernia surgery three weeks before one race. And before marathon No. 23, he was taking medication for an exercise-induced rapid heartbeat. His doctor said it wouldn’t kill him, but he wouldn’t feel very good. He later underwent a catheter ablation procedure.

“You’ve got to be healthy, and you’ve got to have good luck,” he said. “I was running [Sunday] in my last longer run, and I was probably about 50 feet away from where I was going to stop. For whatever reason, I decided to pick up the pace just a little bit — not that it’s fast or anything — and I felt a little twinge in one knee. I thought, ‘Hmm, this is not the time to do that.’ ”

Ideas for all these challenges usually sprout from reading articles. Gibrall was not a runner, but a story in 1978 about Richmond Newspapers putting on the first marathon sparked his interest.

“[That was about] five or six weeks before the race was going to be held, and we thought, ‘Hey, we can do that,’ ” he said. “So me and a couple of other guys decided to go ahead and do it.

“We trained for three or four weeks. We didn’t know. I was running in tennis shoes. We did it, and we were so embarrassed about by how poorly we did that we decided to do it again the next year. Then all of a sudden we liked it.”

He read about the Comrades Marathon in a running magazine and was intrigued when a writer said it was the hardest race in the world. The race’s website bills the ultramarathon “The Ultimate Human Race.”

“Let me tell you what: I’ve never been so tired in my whole life,” Gibrall said. “My running partner when we got to the 26.2-mile mark, he looked at me and he goes, ‘Well, that’s the first marathon down. We’ll be finished in another seven hours.’ I’m going, ‘Why did you have to say that?’ Seven hours.

“I’ve often thought about going back. I only had one other thing I wanted to do after I did that, and that was go over to Mount Everest.”

Part of the genesis of that trip came from a story Gibrall read in the Richmond Times-Dispatch in 2008 about a local man who went to Mount Everest. If he can do it, Gibrall thought, I should be able to do it.

“The winds were blowing so hard the guide told us, ‘We should probably turn around right here,’ ” Gibrall said. “I took his word for it.”

Gibrall trained by strapping on a 25-pound backpack and walking up and down a lot of steps, thinking he was preparing himself. “It wasn’t even close,” he said, because he was walking on loose earth, stepping from boulder to boulder.

Sometimes he walked through clouds. Sometimes he could see them below as he gazed at the majesty of the area.

“Of everything I’ve done, it was probably the most satisfying thing because you’ll never see anything like that,” he said. “I can show you all the pictures I took, and they pale in comparison to being there.

“You’re like on the moon. When you get above the tree line, there’s no life. No animals, no bugs, no nothing. Nothing lives because there’s not enough oxygen. But it’s the prettiest place you’ll ever see.”

This Richmond marathon will have different scenery for Gibrall. Because of the pandemic, the event is taking place mostly on the Virginia Capital Trail, which runs from Richmond to James City County. Participants can run on their own any day from Saturday to Sunday, Nov. 22. They also have the option of running a route of their choosing.

The longtime Virginia Commonwealth University basketball fan hopes he can get back to a normal marathon next year — because he’s got one more challenge in mind.

Return with us now to those thrilling days of yesteryear … from out of the past comes Volume XXXI: “Out Of The Streets … And Into the Alleys.”

Paul William Bryant was 48 — but looked older to this 23-year-old, of course — that November morning 59 years ago. It was Saturday, in his spa…

Jerry Lindquist's Sports Memories: Looking back on the way things were

This week the memory man recalls some good times, and bad, and a few in between. This is Volume 31: “You’re Missing a Lug Nut? Say It Isn’t So!”

McElroy: Giants or Nationals? Doesn't matter. The Squirrels will still be fun.

Will the Squirrels continue their relationship with the San Francisco Giants or could the Washington Nationals enlarge their footprint by bringing part of their farm system to the RVA?

Philip Gibrall ran his first Richmond Marathon with only three or four weeks of training — and in tennis shoes. 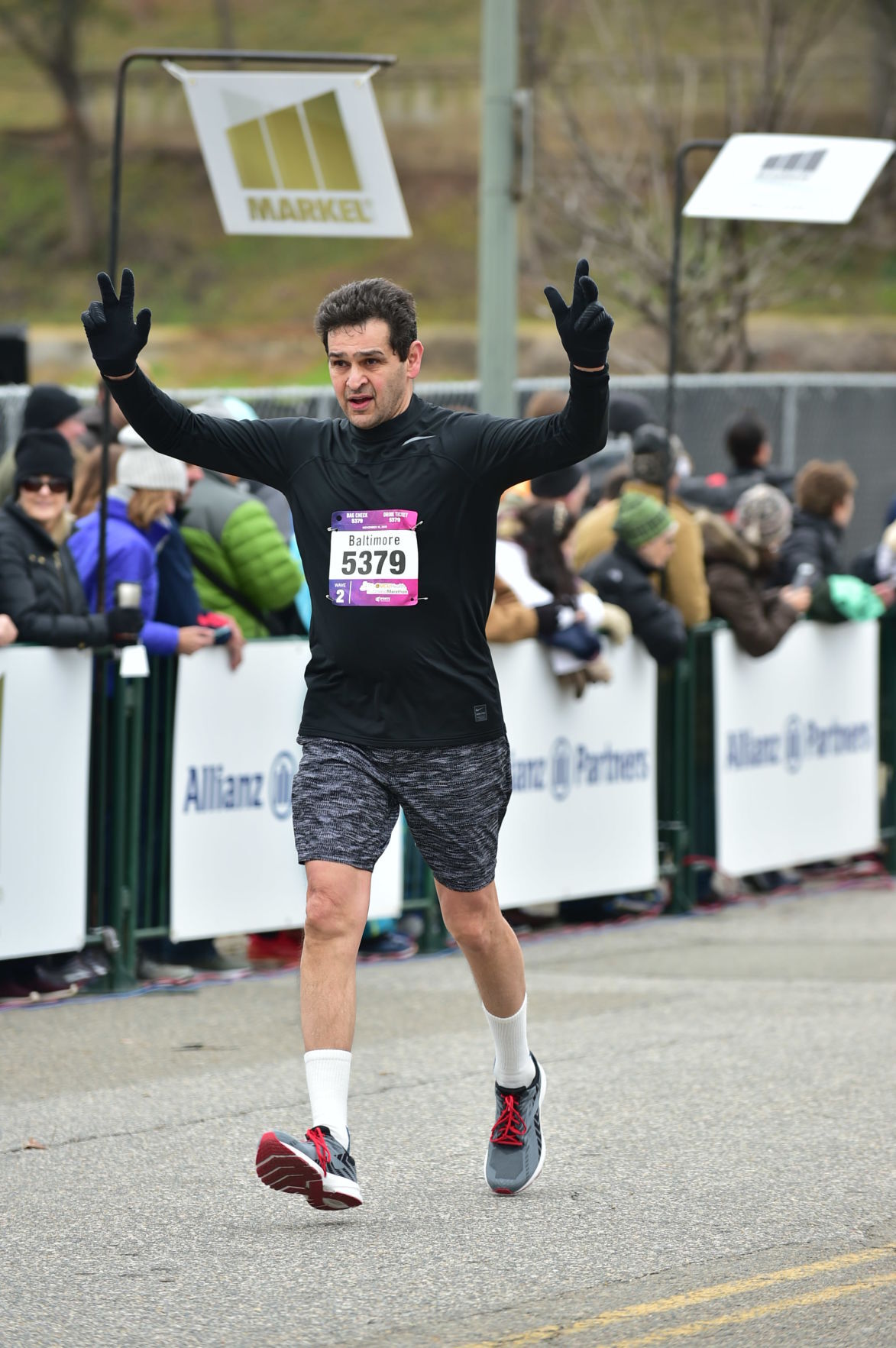 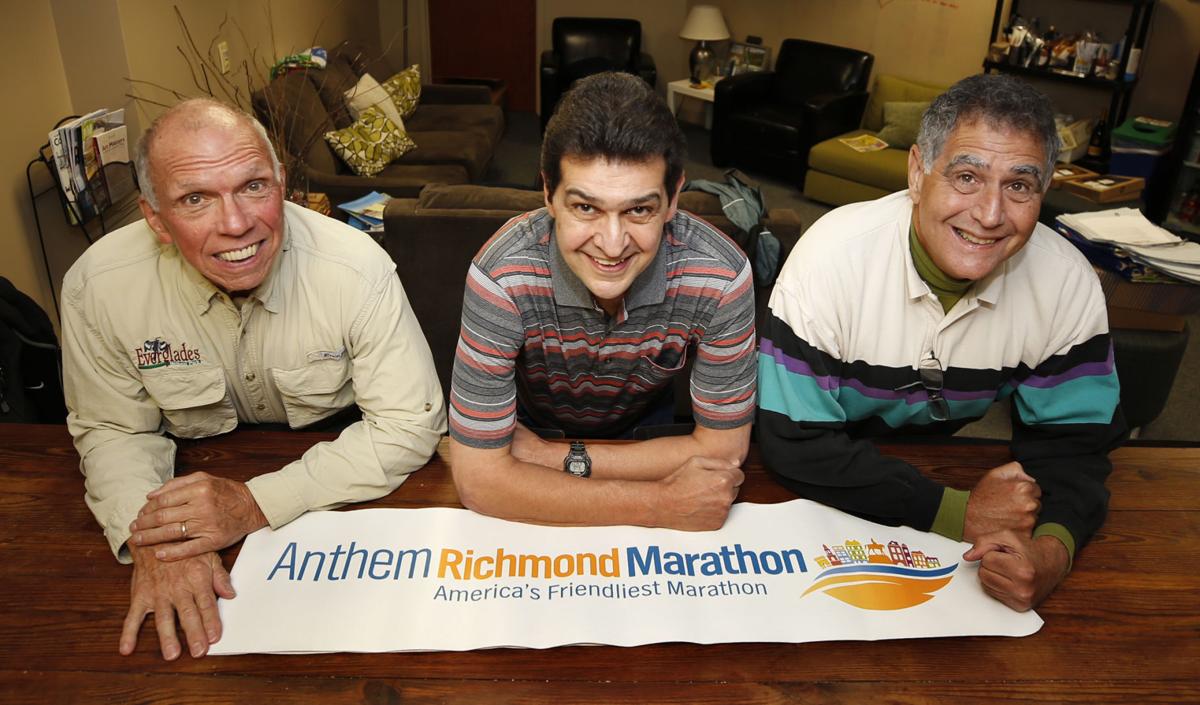 Philip Gibrall ran the first Richmond Marathon in 1978 and hasn’t missed one since.