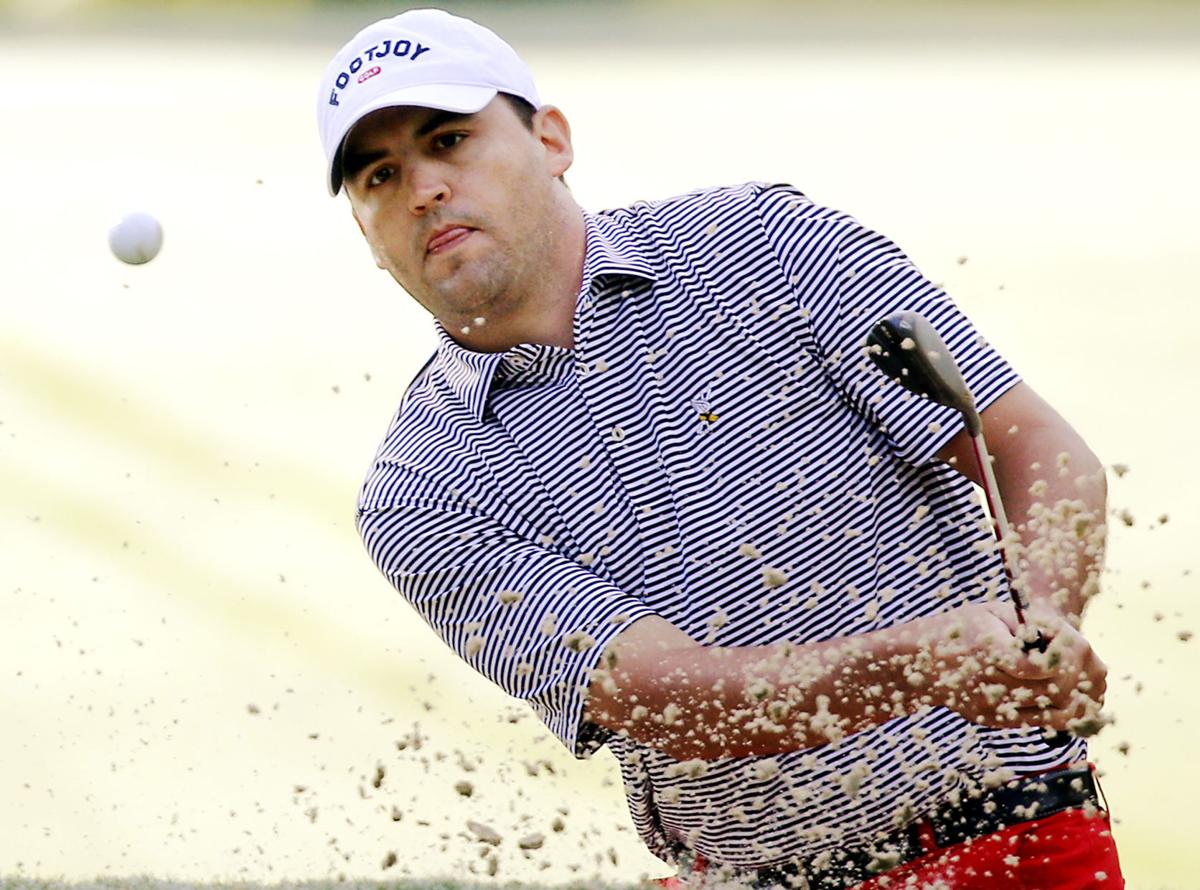 John Rosenstock hit from a greenside bunker on No. 5 during his 4-and-3 victory over Ryan Bishop in the 2019 RGA Amateur final at Jefferson Lakeside Country Club. Rosenstock also won the 2020 title. 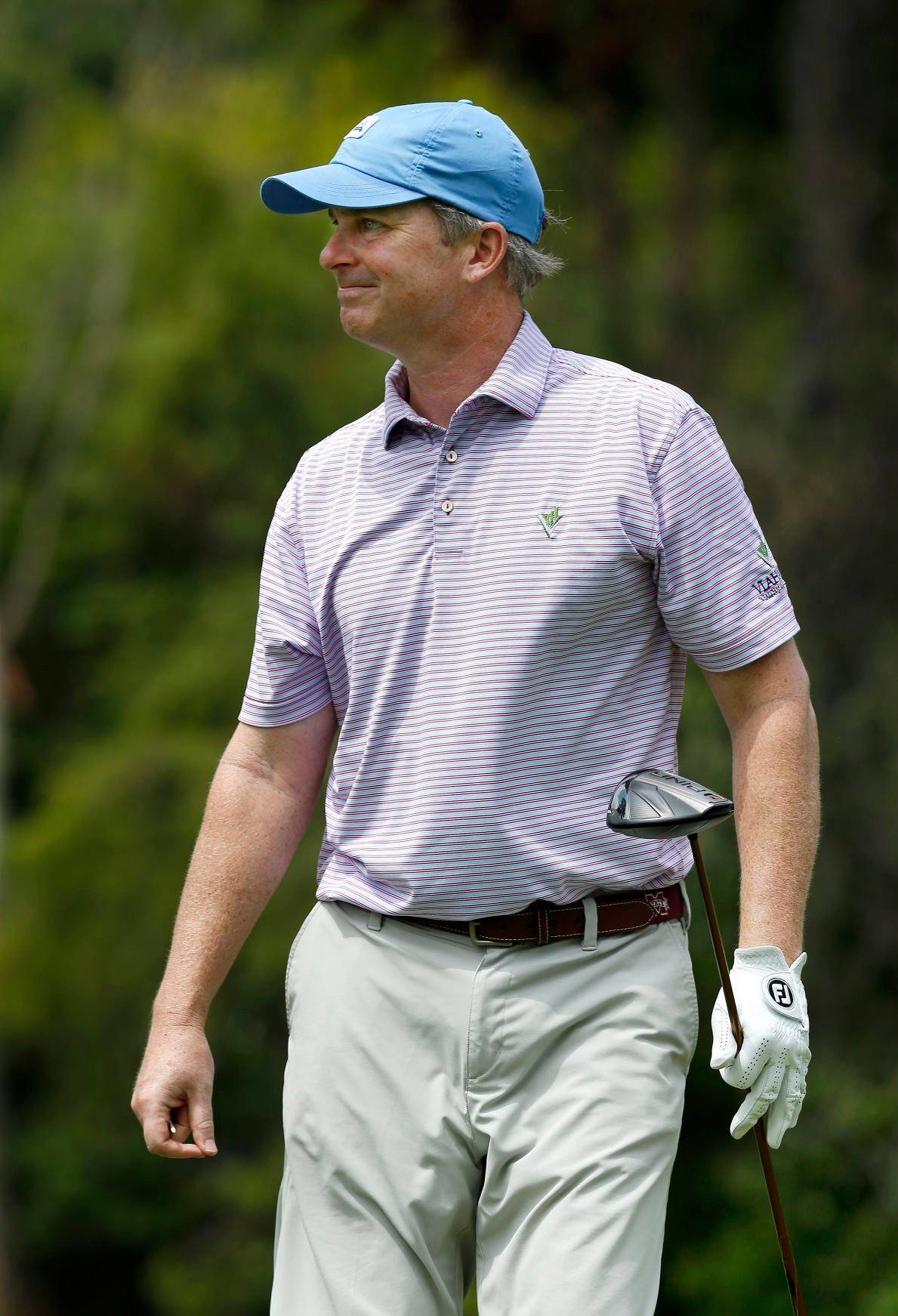 Tom Vlahakis, a member of the Federal Club, will be playing on his home course in the RGA Amateur. Last year, Viahakis reached the semifinals, where he lost to John Rosenstock, the eventual champion.

After an unusual 2020 Richmond Golf Association Amateur Championship with numerous COVID-19 restrictions, this year’s tournament will feature golf “as it was in 2019,” RGA board member Bert Wilson said.

Last year’s field was “outstanding” and featured more “national-caliber players” than usual, Wilson said, because the tournament was one of the first in Virginia during the pandemic. Many players who entered hadn’t played golf in three or four months.

“This year, there’s been a normal tournament schedule, so folks have had an opportunity to play golf all year long,” Wilson said.

Here’s what you need to know before the 84-player RGA Amateur Championship begins on Thursday:

John Rosenstock: The defending champion from the past two tournaments, Rosenstock topped Peter Gasperini with a birdie on the 19th hole to secure back-to-back titles last June. It was his third consecutive win of the tournament in extra holes, and he said it was “hands down, the best match I’ve been part of.”

Tom Vlahakis: Vlahakis lost in the semifinals of last year’s tournament on the 19th hole to Rosenstock, the eventual winner. The Ashland native is the 2000 RGA Amateur winner and a two-time Mid-Amateur winner (2005, 2018). He’s a member of The Federal Club.

Ryan Taylor: Taylor, also a Federal Club member, enters the 2021 tournament on his home course after winning the first flight of the 2020 event. Taylor finished 38th in qualifying last year, narrowly missing the cutoff for the championship flight.

Taylor won the Virginia State Golf Association’s second multiformat team championship in August 2020, too. Wilson called him “one of the favorites” for this weekend’s contest.

Ben Keefer: Like Vlahakis, Keefer’s a two-time Mid-Amateur winner (2009, 2019). The Hermitage Country Club member finished 70th of 80 players in the qualifying round of last year’s RGA Amateur, but bounced back by winning the third flight.

Ryan Bishop: Despite finishing 29th in qualifying and then proceeding to lose in the first round of the championship flight in 2020, Bishop was part of the 2019 championship match with Rosenstock.

The tournament begins Thursday with a qualifying round that will feature the complete field. That stroke-play round will determine which 32 players advance to the championship flight, and which others will be placed into the remaining three flights.

From there, match play will determine the winner of each head-to-head matchup for the second through fifth rounds. The championship match (Round 6) will take place on Sunday morning.

The Federal Club has been the site of The Signature in addition to the RGA Amateur, both of which draw some of the best amateur players in the state.

Deer hunting is a family tradition in Ryan Brown’s home, a passion he began developing at age 5 and tagging along to hunt with his father on t…

A native of Guilford, England, Katherine Legge was born in one of the racing capitals of the world.

On the first play from scrimmage, Highland Springs forced a fumble and recovered it deep inside Colonial Forge territory. That was only a prev…

John Rosenstock hit from a greenside bunker on No. 5 during his 4-and-3 victory over Ryan Bishop in the 2019 RGA Amateur final at Jefferson Lakeside Country Club. Rosenstock also won the 2020 title.

Tom Vlahakis, a member of the Federal Club, will be playing on his home course in the RGA Amateur. Last year, Viahakis reached the semifinals, where he lost to John Rosenstock, the eventual champion.