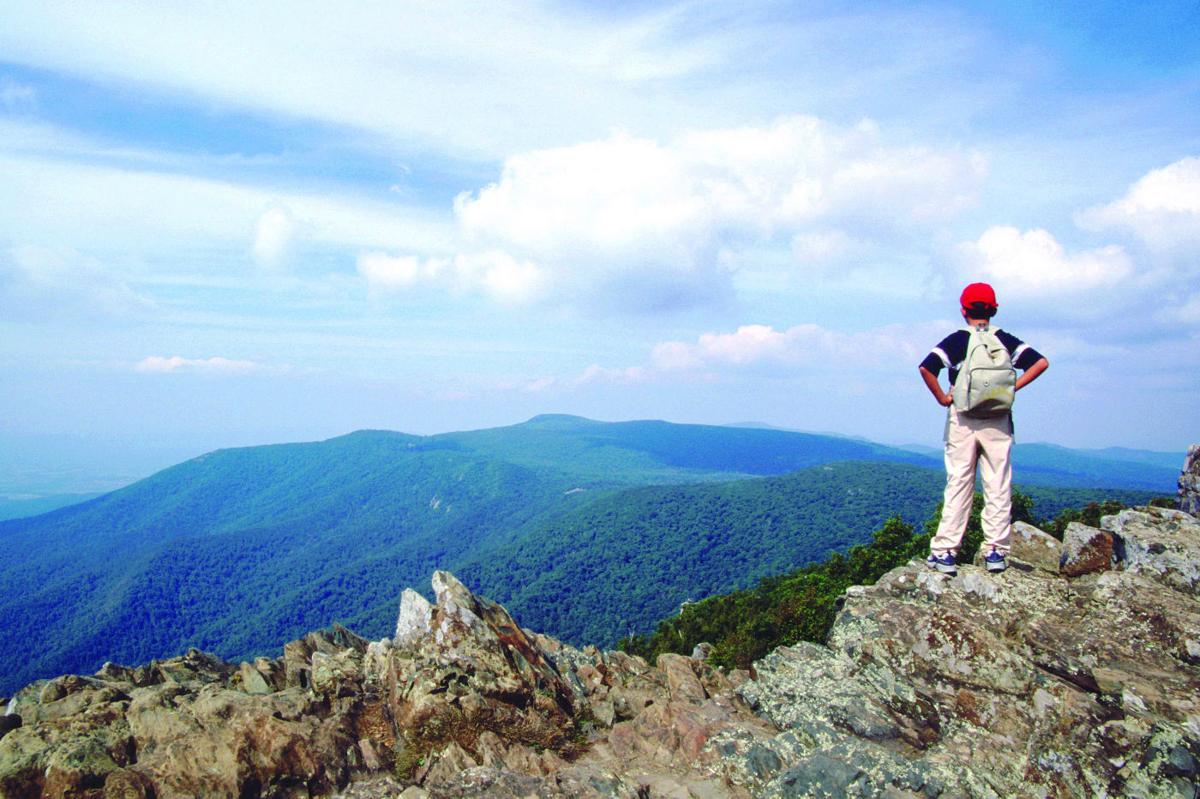 Hawksbill Mountain in Shenandoah National Park has the highest peak in the park at 4,050-feet. The popular observation point is slated for restoration this spring. 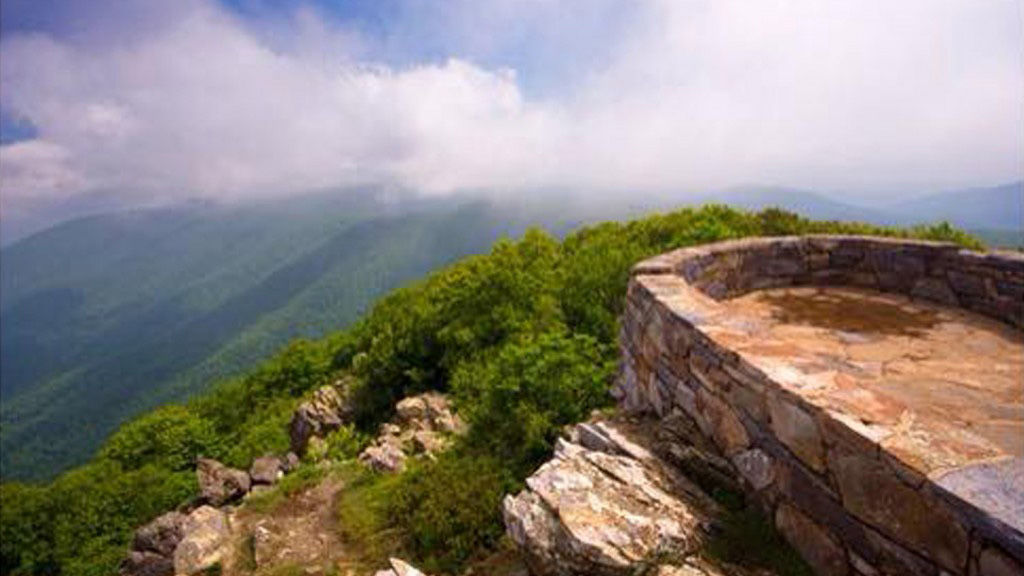 The observation platform at the peak of Hawksbill Mountain in Shenandoah National Park is slated for rehabilitation this spring.

The highest peak in Shenandoah National Park is on track for some springtime TLC as part of a nationwide flurry of projects marking a centennial celebration.

The National Park Service and a local philanthropic partner will spend $120,000 on improving the historic observation point and access to Hawksbill Mountain, elevation 4,050 feet. The initiative is part of the Centennial Challenge projects celebrating the National Park Service’s 100th anniversary on Aug. 25.

The Shenandoah National Park Trust, based in Charlottesville, will contribute $62,000 toward the Hawksbill project set to begin in the late spring, said president Susan Sherman.

“It’s an iconic feature of the park,” she said. “For the people who hike specifically to the peak each year, it’s got sentimental value.”

The summit at Hawksbill Mountain — and its panoramic views of the Shenandoah Valley — is among the park’s most popular attractions, said Shenandoah National Park acting management assistant Sally Hurlbert, making the rehabilitation project well worth the cost.

“This is one of our signature projects associated with the centennial,” she said.

Hurlbert said the project contributes to centennial goals by engaging the crews of Hands-on Preservation Experience, or HOPE, to support and learn the art of masonry repairs. The National Trust for Historic Preservation and the Corps Network launched the HOPE initiative to train young people in preservation crafts.

“Our park stonemasons will be instrumental in teaching these youth the skills necessary to become the next generation of historic preservationists,” Hurlbert said.

The late Sen. Harry F. Byrd Jr., D-Va., donated the masonry observation platform at Hawksbill to the park in 1962, she said. It has since been vandalized and fallen into disrepair. Added exposure to the elements has turned the important landmark into a source of embarrassment for the park, according to the SNP Trust, which is still raising money for its rehabilitation. The project will repair its flagstone floor and replace missing mortar and stone in the walls.

In addition, the upcoming project at Hawksbill will upgrade the tread of a high-use trail to accommodate small equipment access for maintenance and remove an unpaved section of road that is no longer needed, converting it to a trail.

An existing bronze plaque at the site also will be repaired and used to fabricate a second sign that went missing five to 10 years ago, Hurlbert said.

“In rehabilitating the platform, the park hopes to return it to its former glory and use its symbolic significance to raise public awareness about what will be needed to continue to protect and enhance Shenandoah National Park for the next century and beyond,” she said. “We also hope it will be a place to inspire the protection of night skies, natural soundscapes and the preservation of park resources in the face of climate change.”

The rehabilitation on Hawksbill Mountain is set to take six weeks and could involve a few short-term day closures, Hurlbert said.

In the early years of the 20th century, Stephen Mather and Horace Albright mounted a vigorous public relations campaign to protect the country’s national parks and, in 1916, President Woodrow Wilson approved legislation creating the National Park Service within the Interior Department.

“In the century since the founding of the National Park Service, the number of parks has grown to over 400 units, while the annual number of visitors to our national parks is now surpassing 300 million, compared to 358,000 in 1916,” according to the NPS.

Shenandoah National Park was finished under the supervision of President Franklin D. Roosevelt, an enthusiastic supporter of the park and Skyline Drive. He was present at its dedication on July 3, 1936.

“We seek to pass to our children a richer land — a stronger nation. I, therefore, dedicate Shenandoah National Park to this and succeeding generations of Americans for the recreation and for the re-creation which we shall find here,” Roosevelt said.

As part of the Centennial Challenge, 69 projects will be undertaken at 63 parks in 38 states, the District of Columbia and the U.S. Virgin Islands. The program builds on the successes of 2015, when Congress appropriated $10 million that will be matched with more than $12 million by such partners as the Shenandoah National Park Trust.

Since forming in 2007, the Charlottesville group has contributed about $750,000 in funding for the Virginia park, according to Sherman. Donations can be made at snptrust.org.

CBS and ESPN reporters, among others, ran with the incorrect news shortly after the scheduled time on Friday afternoon.

The virus arrived in the southwestern U.S. in April 2020 and has spread as far east as central Texas and the Colorado/Kansas border.

The new stadium seats 5,000 at full capacity and features a 360-degree walkable concourse.

"When you lose somebody, you go to family," Garbett said. "And that's exactly what we've done. We've all come together."

Want to see red-hot San Francisco Giants prospect Heliot Ramos? It might be wise to head to The Diamond as soon as possible.

To celebrate the awards, the Times-Dispatch is offering its lowest rate ever on digital subscriptions through May 16 - $1 for 6 months of unlimited access, which is available at Richmond.com.

Once again the memory man takes the easy way out with a bunch of short-term recall short takes. Hang on because he goes all over the place inc…

McElroy: It's great to be back at the ballpark

The Diamond might have only been at 30% capacity but it was a roar that not only stopped me in my tracks but one that left a lasting impression, especially for those who pondered about playing the game again over those 600 days.

Booker doesn’t remember the game, who the pitcher was or the opponent – and, the way he tells it, never bothered to ask.

Hawksbill Mountain in Shenandoah National Park has the highest peak in the park at 4,050-feet. The popular observation point is slated for restoration this spring.

The observation platform at the peak of Hawksbill Mountain in Shenandoah National Park is slated for rehabilitation this spring.