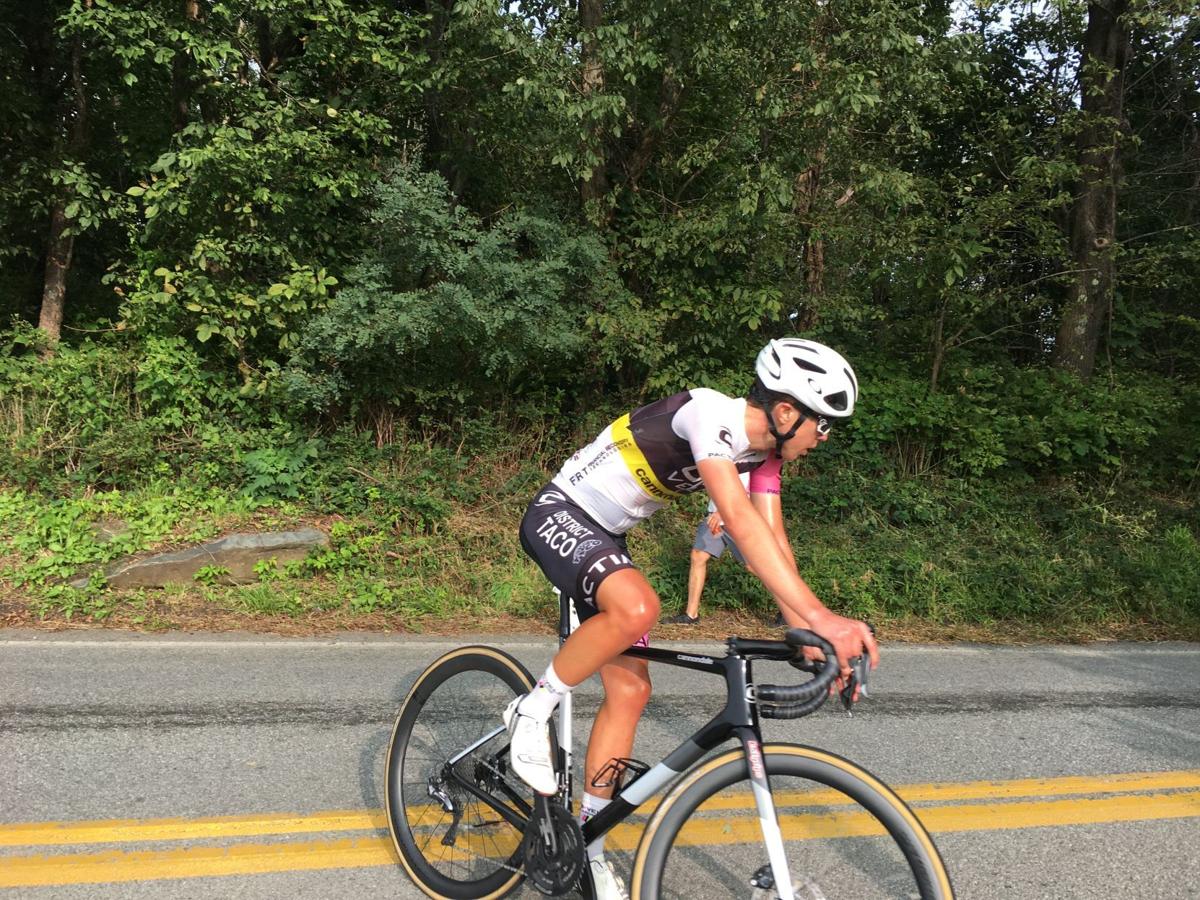 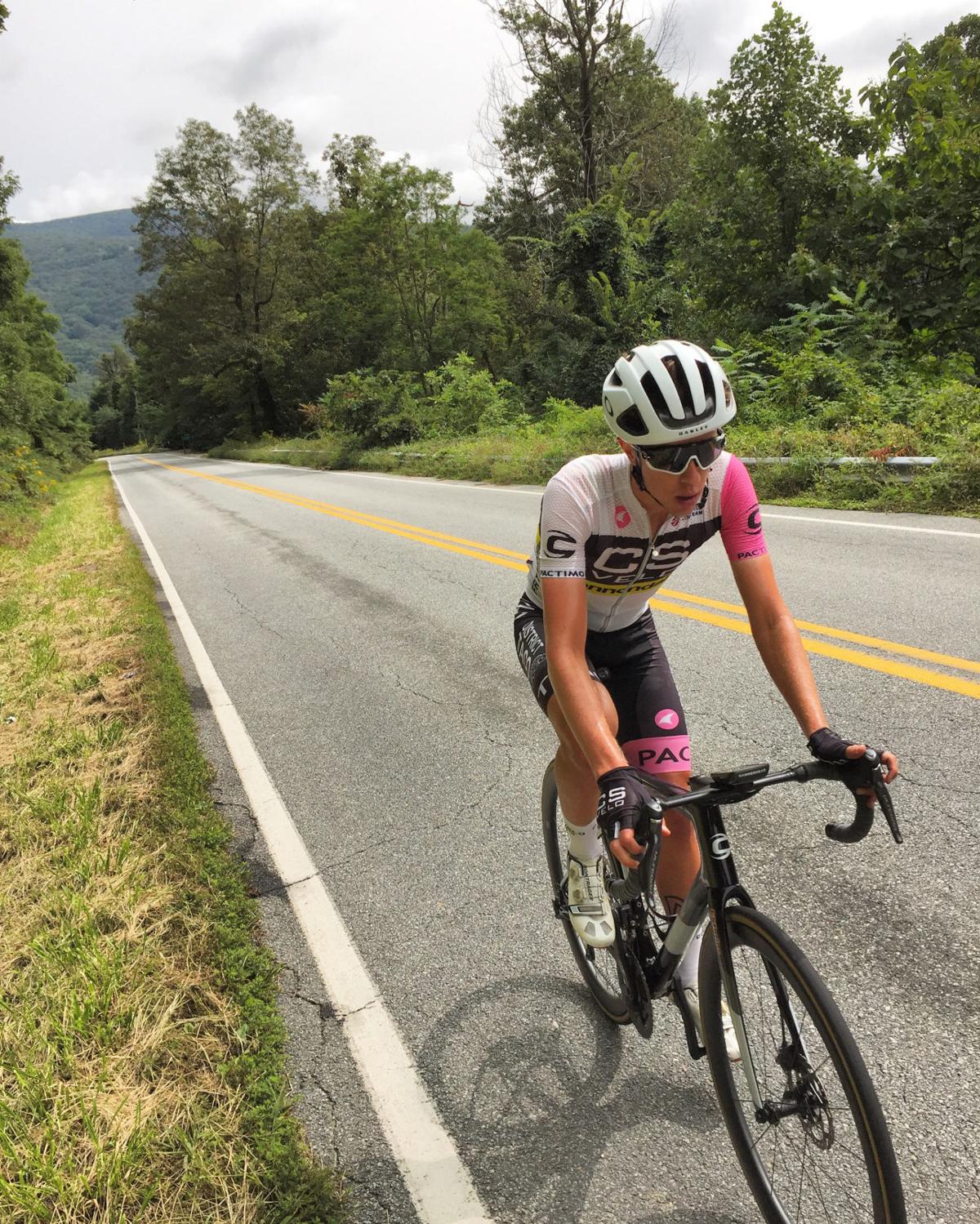 Richmonder Sean Gardner set the United States Everesting record for cycling at Reeds Gap near Wintergreen, a grueling .8-mile stretch of road with a 12.5% gradient. 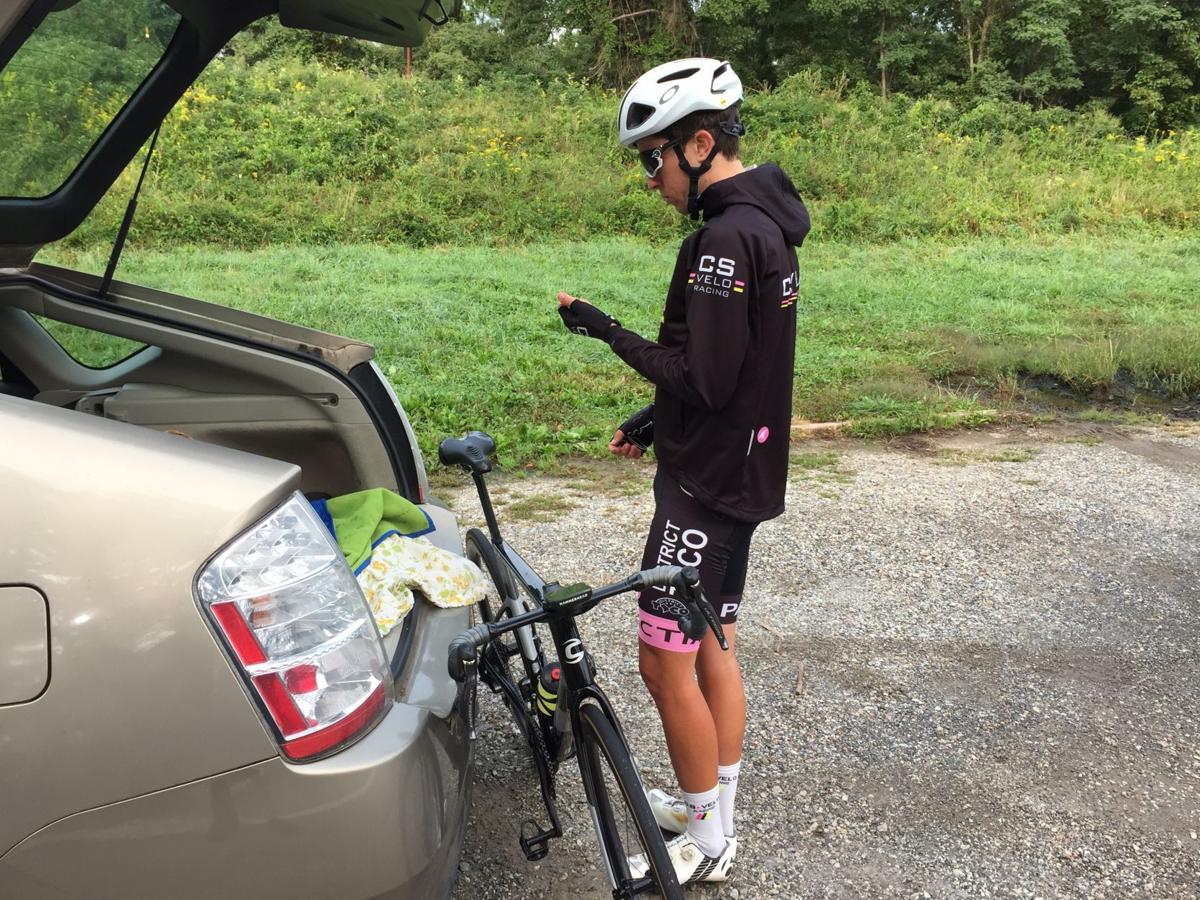 Consuming pop tarts and gummy bears while traveling 60 mph down a steep hill on a bike might sound like a strange way to harness your competitive fire.

But for Richmond native, Atlee grad and professional cyclist Sean Gardner, the competition known as Everesting — an activity in which cyclists ascend and descend a given hill until their cumulative climb equals 29,029 feet, or the height of Mt. Everest — was a perfect way to fill the void created by coronavirus cancellations.

Gardner, who competes for pro team CS Velo Racing, hasn’t enjoyed his typical slate of world class racing in 2020 because of the pandemic.

So on Sept. 15, he arrived at Reeds Gap near Wintergreen with aspirations of challenging the world record for Everesting — 7 hours, 5 minutes, set by Ireland’s Ronan McLaughlin in July.

After riding up and down the .8-mile stretch of road 50 times at about a 12.5% gradient, Gardner finished in 7 hours, 25 minutes. Though he missed the world record, his time broke the United States record, previously set at 7 hours, 30 minutes.

“This is kind of the perfect scenario for the coronavirus shutdown because you can compete with people from all over the country and world and you don’t have to leave your community,” said Gardner, who plans to take another shot at the world record Oct. 3.

“You can go up this climb a lot of times and compare your times with the top pros in the world, and it’s all virtual.”

Gardner excels at long-tempo climbing efforts, so the Everesting Challenge — tracked and operated by Australia-based cycling club Hells 500 — was right up his alley. He was on pace to break the world record for the first four hours of the climb, then in the fifth hour began dropping seconds off each ascent.

Gardner traveled about 5 to 6 mph up the hill, then zoomed down at 55 to 60 mph. Gardner cycles in the Blue Ridge mountains on a regular basis, and picked out Reeds Gap as the optimal stretch of steep, relatively straight road for him to make his attempt.

He burned about 9,000 calories during the ride, hence the sweet treats — not much sounds appetizing amid such grueling physical exertion, he said, so you need something easily palatable and high in calories. Gummy bears and pop tarts are what work for him. Gardner’s parents accompanied him, and stood at the top of the hill, handing him snacks each time he completed the ascent.

Everesting has gained popularity during the pandemic, with submissions on the Hells 500 website which tracks the feat now increasing by the thousands.

In a competition predicated on marginal gains, Gardner expects his record may not stand long. But he said the potential for turnover is part of what makes the competition appealing while most traditional races are on hold.

“I’d love to see someone come up and take it again, it’s definitely a competition of marginal gain,” said Gardner, who might make modifications to his bike in order to shave off weight for the second attempt, something other riders with top times have done.

“So I think the baseline has kind of been set right around seven hours but I think it’s going to start getting really competitive.”

Gardner graduated from Virginia Tech in 2016 with a degree in mechanical engineering. He was a runner at Atlee before picking up cycling at Tech after joining the Hokies’ club team. He began riding professionally immediately after college, and it’s been his full-time gig since.

Like so many of us, he’s felt a little restless during the pandemic, and in Everesting found the competitive outlet he’d been yearning for.

This weekend, he’ll once again subject himself to the grueling endeavor.

“I guess I thought it would be a fun idea to go up a mountain for seven hours,” he said matter-of-factly.

Jerry Lindquist's Sports Memories: Looking back on the way things were

This week the memory man recalls some good times, and bad, and a few in between. This is Volume 31: “You’re Missing a Lug Nut? Say It Isn’t So!”

McElroy: What I'm thankful for in sports (yes, even this year)

We should be thankful that even though things are different, games still can bring us this thrill of victory and the agony of defeat.

Paul William Bryant was 48 — but looked older to this 23-year-old, of course — that November morning 59 years ago. It was Saturday, in his spa…

McElroy: Giants or Nationals? Doesn't matter. The Squirrels will still be fun.

Will the Squirrels continue their relationship with the San Francisco Giants or could the Washington Nationals enlarge their footprint by bringing part of their farm system to the RVA?

25 companies apply to offer sports betting in Virginia; up to 12 licenses will be awarded

Virginians will have no shortage of options when mobile betting on sports goes live early next year. Under rules approved by the General Assem…

Richmonder Sean Gardner set the United States Everesting record for cycling at Reeds Gap near Wintergreen, a grueling .8-mile stretch of road with a 12.5% gradient.