If he didn’t have his golf, Lee Claude surmises, “They would have planted me a long time ago.”

“It’s been a wonderful game for me; it’s why I’m still alive today I’m sure,” said the 90-year-old regular at Hermitage Country Club.

And yet, in all that time, he’d never enjoyed a stretch on the course quite like the first week of June.

Entering Sunday, May 31, he’d hit seven holes-in-one in his 40 years at Hermitage. Claude still plays nine holes on a regular basis, and after finishing the front nine of the Sabot course alone, he moved on to the 10th, then the 11th — a 148-yard par 3 for seniors.

He hit a 7-iron off the seniors tee, and couldn’t see where the ball went. At first, Claude thought he’d knocked it out of sight. He rode down and looked behind the green, only to find the ball hiding in the hole. He was shocked.

The following Thursday, June 4, he was again playing the front nine on the Sabot course. On the fourth hole, a 132-yard par 3 for seniors, lightning struck for the second time that week — his wedge shot off the tee went right into the hole.

This time, Claude described the experience as “total elation” because he watched the ball the whole way.

It was his ninth hole-in-one during a highly successful career at Hermitage, another notch on a belt that holds a special place in the history of Virginia golf.

Claude was born at Johnston-Willis Hospital in 1929. His father was a golfer, and when Claude left the Air Force in 1955, the two began playing together regularly.

“Since then I’ve been hooked,” Claude said. “I have many friends at Hermitage that I’ve been playing golf with for many, many years.”

Claude’s best friend through the years was Virginia golf legend Leo Steinbrecher, the head pro at Richmond Country Club for nearly 40 years and a Middle Atlantic PGA Hall of Famer.

Claude didn’t know Roach when the two were at John Marshall, but they became close friends and golf partners later in life. The pair played an assortment of senior events around the state including the Willow Oaks Four-Ball Senior Invitational, which they won five years running.

Claude and Roach used to have lunch on a regular basis, but Roach’s health has declined in recent years and Claude said he doesn’t get to see him as much.

“He’s a wonderful friend … Probably the best athlete to ever come out of Richmond,” he said of Roach.

Another best friend, Claude King, was the head pro at Lake Wright in Norfolk for 30 years. Wright played in nearly 100 pro events, including three U.S. Opens.

“My golf career has been a blessing to me, with the people I have met and enjoyed,” Claude said.

He even had occasion to meet Arnold Palmer at his course, Bay Hill in Florida. Claude was playing there with some friends, and Palmer stopped at the 17th hole to thank the party for coming and invite them to return.

“As far as I’m concerned, he was the No. 1 man in the world as far as golf is concerned,” Claude said of Palmer. “Very honorable man.”

In addition to his star-studded connections, Claude also has played some of the world’s legendary courses, including the Old Course at St. Andrews in Scotland and Pebble Beach in California.

In total, he’s played 28 courses in Scotland alone, including Royal Dornoch, Carnoustie and Prestwick, the site of the first Open Championship. At Prestwick, Claude had four birdies and an eagle for a 75.

“I got a long golf history,” he said with a chuckle.

After retiring from the Air Force, Claude attended Richmond Professional Institute under the GI bill, earning a degree in business. He bounced around jobs for a number of years before settling at the John H. Harland Company, best known for manufacturing checks.

“It couldn’t have been a better job for me,” said Claude, who developed relationships with many bankers in eastern Virginia. When he started, the banks closed around 2 p.m.

Many bankers were golfers and knew Claude because of his affiliation with Steinbrecher and prominence at pro-ams around the state.

“So many afternoons a banker and I would go play golf,” he said.

Claude met and spent time with his best friends and enjoyed some of the finest experiences of his life over 65 years on golf courses throughout the commonwealth and world.

And after his week of holes-in-one, he doesn’t appear to be slowing down soon.

“It’s been a great life, let me just put it that way. A very blessed life,” he said. “I don’t think anybody’s been more blessed than I have.”

After multiple positive COVID-19 tests at the track, Colonial Downs has canceled the remainder of its 2020 meet. 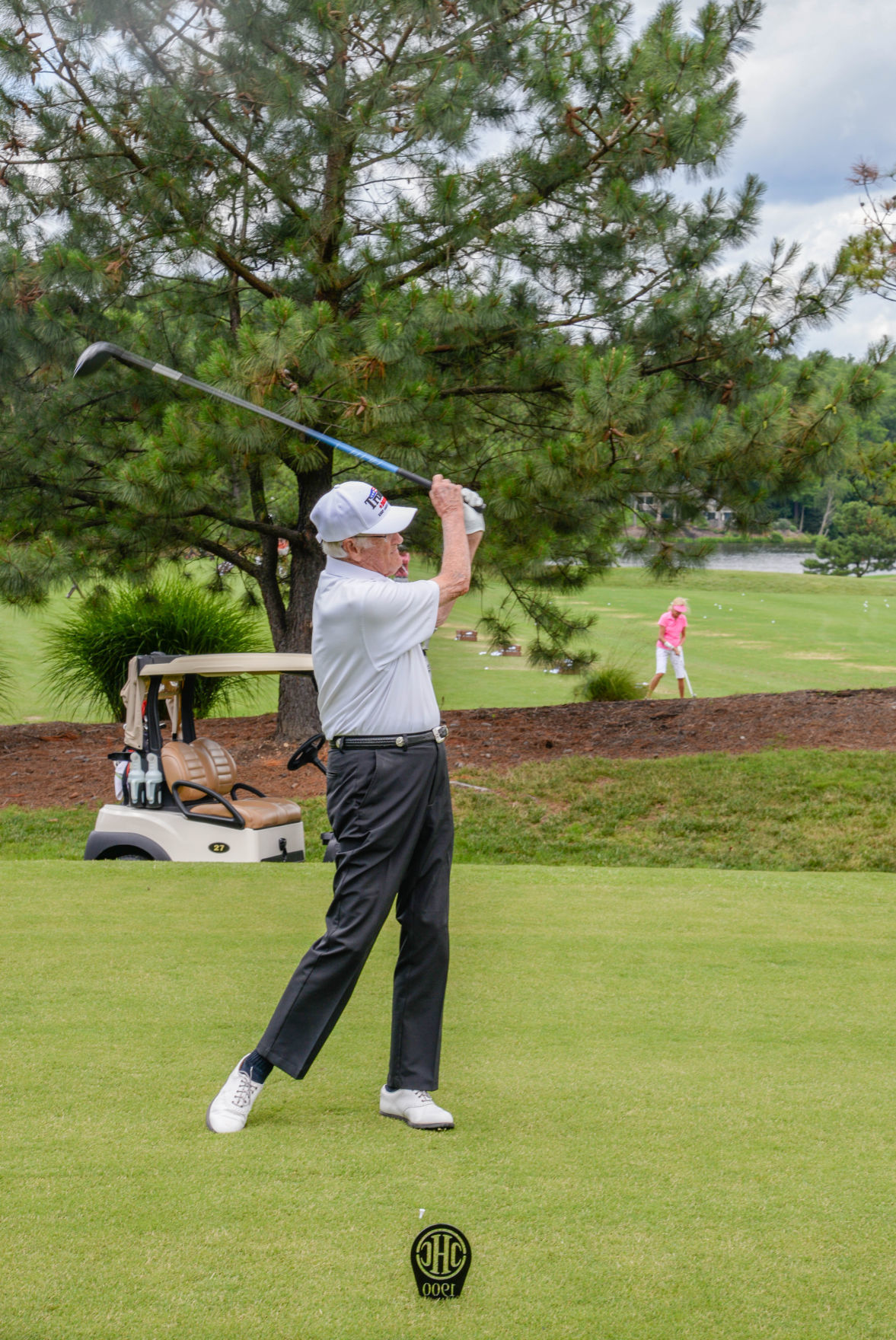 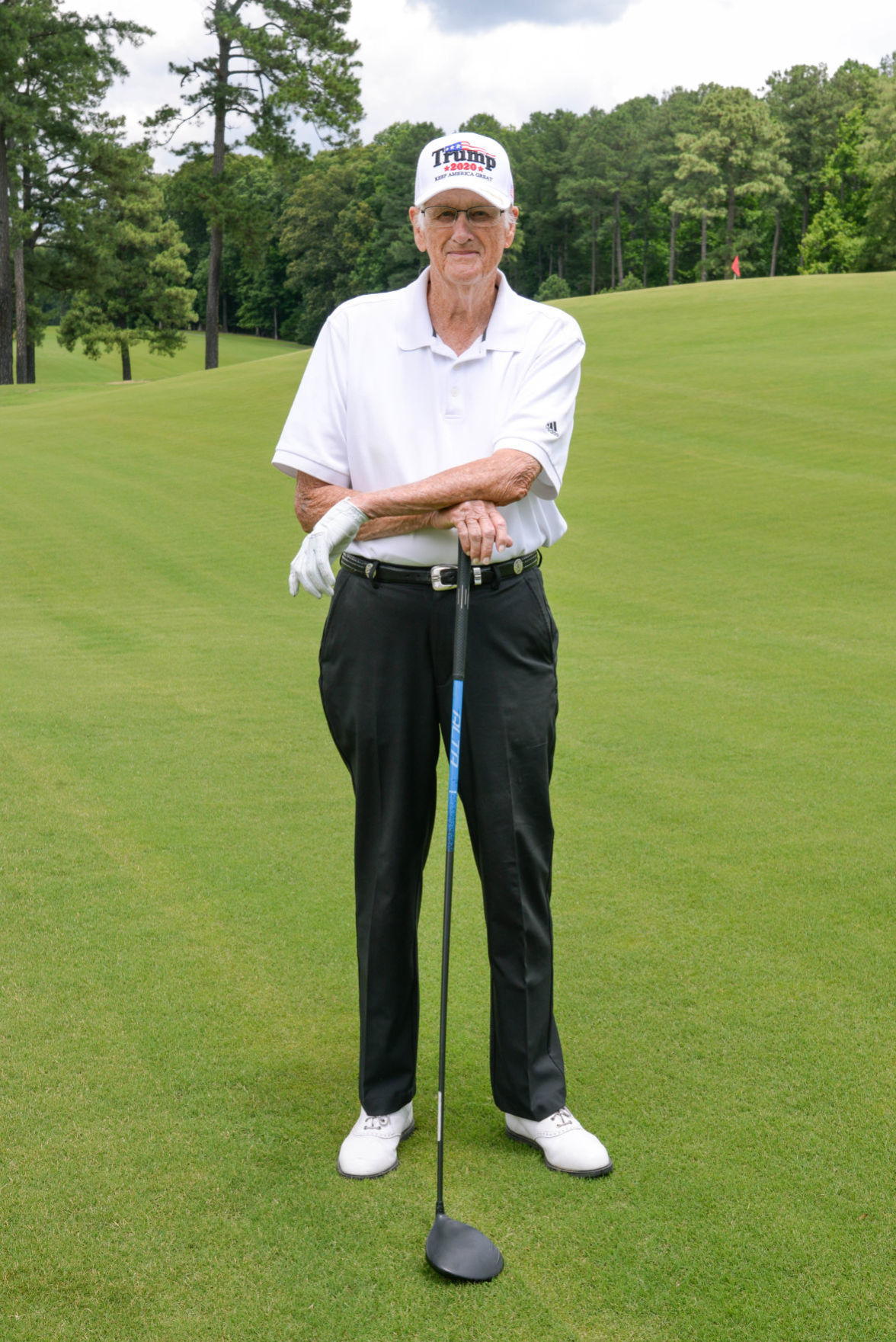