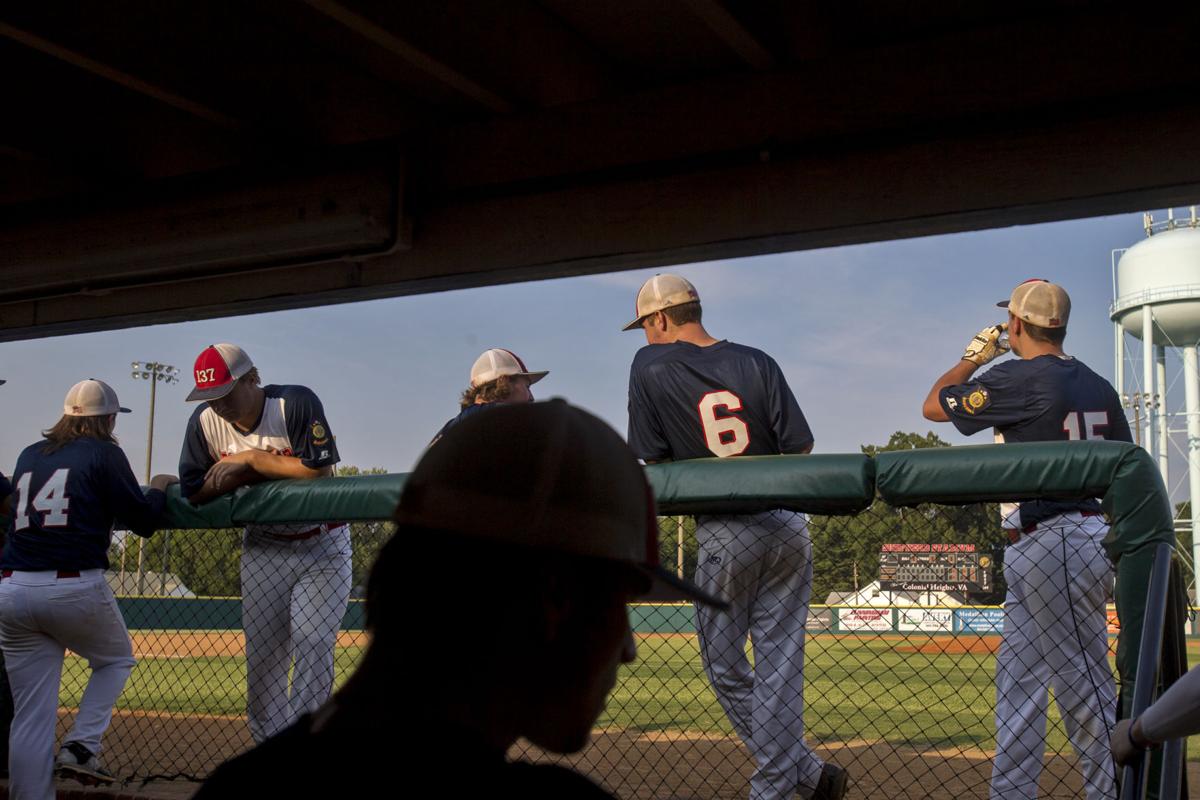 Post 137 players wait to start a game in 2017. Davis Hewett, a coach at Post 125, calls Legion baseball a “laboratory” for developing young players. 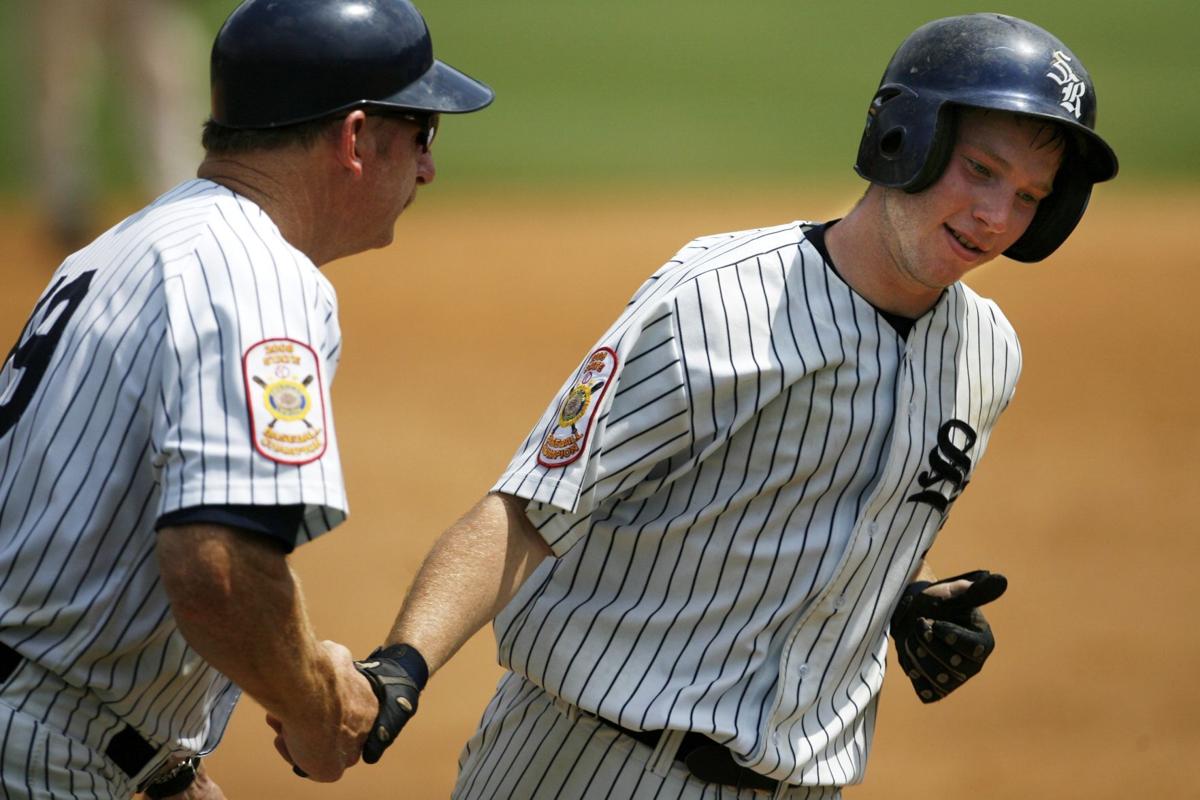 Joey Cujas (right), who starred at Manchester High and for American Legion Post 137, is one of many area players who have benefited from the Legion program. Cujas went on to a standout career at VCU.

An unofficial American Legion league dubbed “Sandlot Legion” is providing a much-needed option for local ballplayers, many of whom have been away from the diamond for months.

The American Legion in May announced it was shutting down all sponsorship and national involvement in baseball for the 2020 season in light of the COVID-19 pandemic. But local posts are not barred from playing under their own rules, guidelines, schedules and insurance coverage.

About three weeks ago, as Virginia approached Phase Three of reopening, coaches from various posts began exchanging emails about the possibility of playing, said Davis Hewett, a Legion promoter and coach at Post 125 Lakeside.

They saw an opportunity, with so many high school, college and travel teams shut down or curtailed for the spring and summer.

“You had a bunch of players in Richmond that wanted to play baseball and couldn’t,” said Hewett, who coined the Sandlot moniker. “So many things got canceled, you had this surplus of talent in the area.”

Early on in the process, an assistant coach at 125 asked Mills Godwin alum and last year’s All-Star game co-MVP Noah Berringer how long it had been since he swung a bat.

“They haven’t done anything,” Hewett said of players’ dormancy during the lockdown. “Ever since we opened up it’s like this frenzy, it’s been a frenzy for baseball.”

The teams’ average age has jumped from about 17 to 19 with so many local players clamoring for game action, Hewett said. He added that about 70% are in college, a higher concentration than in years past. The league consists of six teams — posts 125, 201 Powhatan, 137 South Richmond, 361 West End, 284 Colonial Heights and 39 Williamsburg.

Most games are Tuesdays and Thursdays at 7 p.m., with a handful slated for Fridays. The league uses fields at Douglas Freeman, Powhatan, Glen Allen and L.C. Bird high schools and Shepherd Stadium in Colonial Heights.

Teams are set to play two games a week over five weeks, with flexibility to add games if the opportunity presents itself — Hewett said the league has fielded inquiries from newly restarted wood bat and adult leagues about setting up games.

“It’s an interesting reason for a return to grassroots baseball where a bunch of guys are getting together,” Hewett said. “Everybody is just getting on the field as much as they can. Who cares about the outcome? Just play like a kid again, get out there and play ball.”

The league began play July 7 and will finish Aug. 6, with no playoffs. A COVID-19 plan is in place, Hewett said, with requisite insurance and social distancing. There are no concessions, players avoid using the same equipment and twice as many baseballs cycle in and out of play.

The key factor, Hewett said, is the facilities — fields like Shepherd Stadium, Freeman and Powhatan allow for attendees to keep their distance. Only “friends and family” are allowed to attend games.

Hewett said the league plans to hold an All-Star event on July 26 at Powhatan High School. There will be a home run derby at 5 p.m. before the game at 7.

Games thus far have been high scoring, with college hitters taking advantage of unconditioned pitchers, Hewett said. A loose, jovial atmosphere defines the league — players want to win but, at the end of the day, they’re just happy to be back out on the diamond.

“I think it’s not just the baseball, but I think also people are realizing how deep of a network and support system the whole thing is,” Hewett said, noting that many in the league have played with or against one another before at various levels.

“For a lot of people that support system was taken away. I think there’s a gratitude surrounding the idea of just being allowed to play baseball … Whether they remember how to swing the bat or not, that youthful, kid’s appreciation for the game, that’s at least going to be there.”

All games 7 p.m. unless noted

Today, sporting goods fans, we close our three-part ramble on the coming – and eventual going – of ice hockey in Richmond. This is Volume 17 o…

Post 137 players wait to start a game in 2017. Davis Hewett, a coach at Post 125, calls Legion baseball a “laboratory” for developing young players.

Joey Cujas (right), who starred at Manchester High and for American Legion Post 137, is one of many area players who have benefited from the Legion program. Cujas went on to a standout career at VCU.