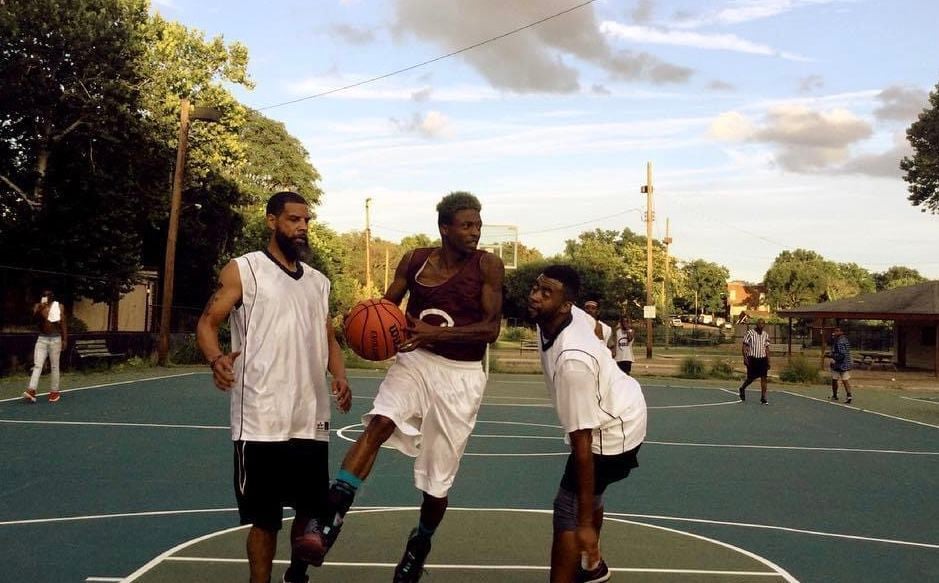 The VBA currently is focused on its local outdoor tournaments, at which players and attendees can spread out. The teams include former high school players and others that went pro. 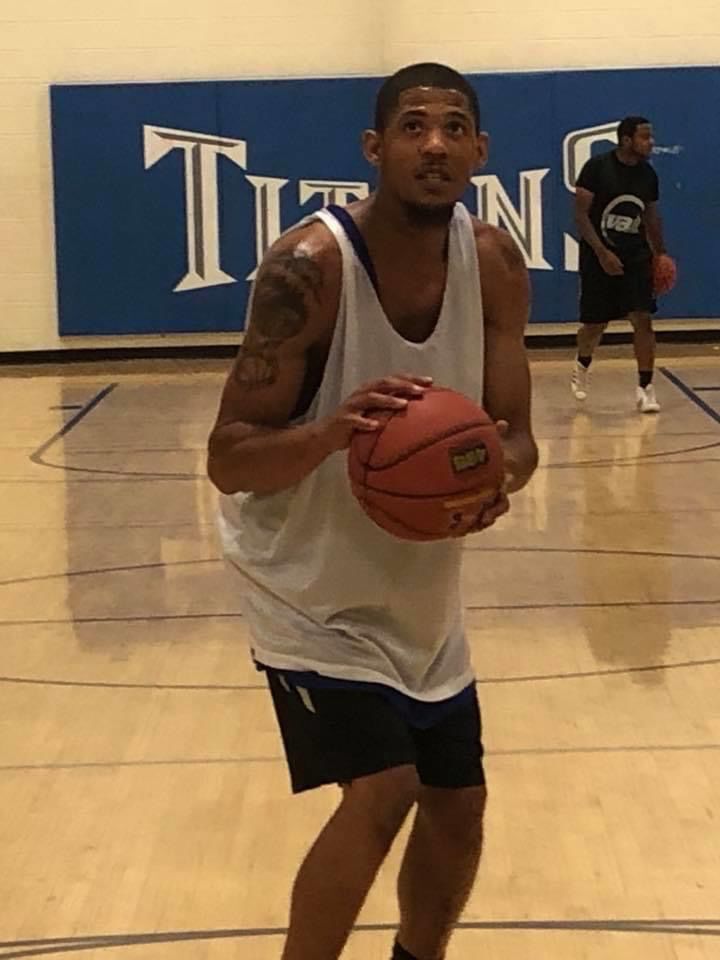 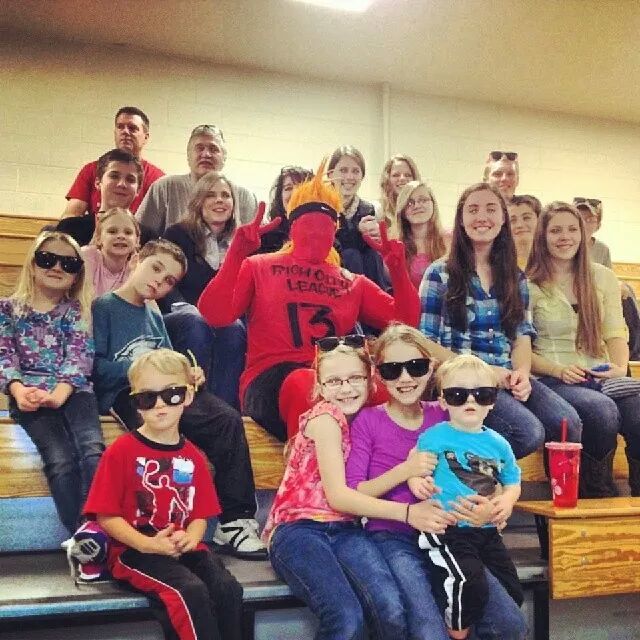 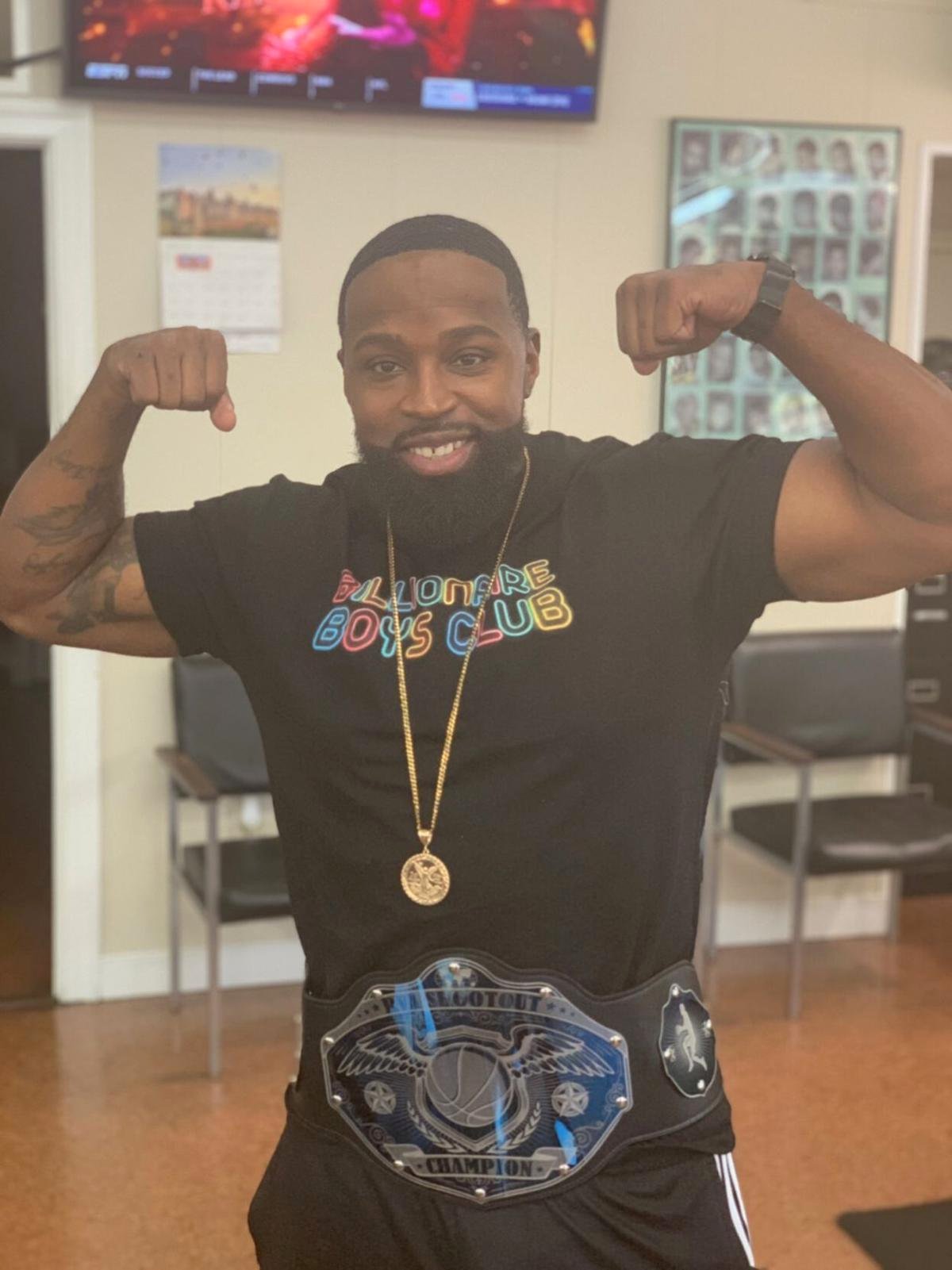 De’Vaughn Corbin says the games are designed to give back to the community. 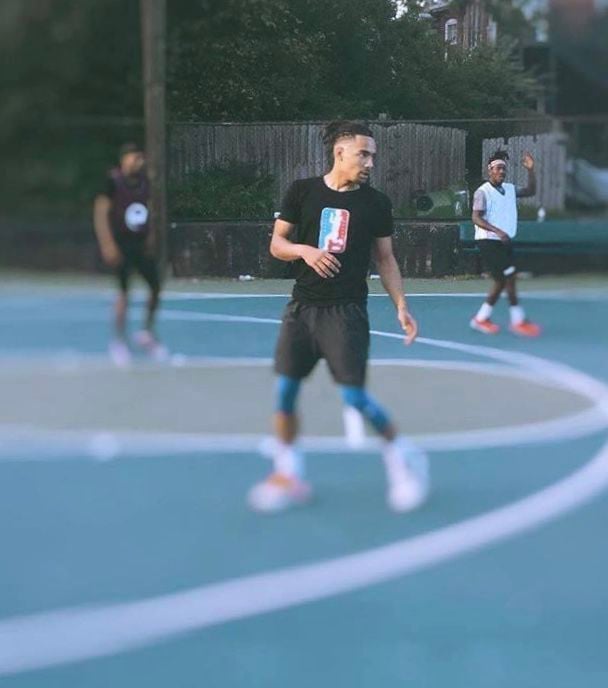 Damien Harris is a former ABA player who has appeared regularly in Rich City League tournaments.

The tournament consists of 12 teams and will continue every Sunday in August. Corbin said the league, which shut down in March, aims to afford community members a welcome distraction from virus-related anxiety.

“The biggest thing with our outdoor tournaments is just something for the community to come out to, just for people to come out and have fun,” said Corbin. “People are going crazy sitting in their house. They need something to get out to do.”

Corbin makes highlight videos for players and teams, created a website and app for the league and manages day-to-day logistics such as coaching hires, registration, scheduling and community engagement.

“For me, I just love everything about the sport,” he said. “Even down to the ownership and everything else, just watching the whole thing come together.”

He began the VBA as Rich City League, consisting largely of community college players. In the first eight years, games were played at Trinity Family Life Center. But beginning in 2017-18, the league started growing to incorporate players with college and overseas professional experience. Corbin said the VBA drew inspiration from other grassroots basketball collectives such as Washington’s Goodman League and the EBC streetball tournament at Rucker Park in New York.

Rich City League, which includes the local tournaments, is now a subset of the VBA. The league is focusing on its outdoor tournament play — which affords ample room for social distancing — amid the pandemic. But come spring of 2021, Corbin hopes to launch the full VBA with a statewide regular season format.

“We basically networked with other guys who run basketball leagues and formed a bigger league,” Corbin said.

The VBA plans to hold tryouts, include a free agent pool and trades as well as incorporate tiered player salaries based on levels of experience and coaches’ evaluations.

A player with only high school experience is a “development player” which Corbin and the league hope to pay $15 a game. Players with limited college experience are labeled “role players” and could make $50 per game, while “star players” with professional experience stand to earn $100 per contest.

Some players in the league have played overseas in countries such as Mexico and Turkey, Corbin said. Many have Division II college experience, while a handful over the years — such as Hampton University’s Du’Vaughn Maxwell and Wake Forest’s Travis McKie — have played Division I basketball. A few have experience in the American Basketball Association. Most were relatively successful high school players that, for one reason or another, struggled to make the jump to the college or professional level.

Corbin said games usually draw a modest crowd, made up of friends and family as well as a handful of die-hard fans who “just really love the game of basketball.” In 2012, the league began holding monthly community cleanups at varying locations in order to ramp up community engagement. Most are held around the Church Hill area.

“It’s just to give the players something to do, to give everybody a good feeling of giving back and doing something for the communities,” Corbin said.

For now, Corbin and the VBA are focused on how their local outdoor tournaments can provide solace for the Richmond community amid trying times. In the future, the league hopes to continue its statewide expansion — and eventually build a gym of its own — in order to provide aspiring amateur players throughout the commonwealth a league with a professional feel that allows them to showcase their abilities.

“We want to be an organization Richmond can be proud of,” Corbin said. “One that everybody in the community can join in, have a good time and just enjoy hoops.”

After multiple positive COVID-19 tests at the track, Colonial Downs has canceled the remainder of its 2020 meet.

The VBA currently is focused on its local outdoor tournaments, at which players and attendees can spread out. The teams include former high school players and others that went pro.

De’Vaughn Corbin says the games are designed to give back to the community.

Damien Harris is a former ABA player who has appeared regularly in Rich City League tournaments.