The new Virginia state budget, which will go into effect July 1, closes a loophole that allowed sports betting operators to avoid paying millions of dollars in taxes over the first year and a half of legal wagering in the state.

The issue was raised in a front-page story in The Times-Dispatch on May 2, which showed sports betting companies were allowed to deduct certain promotional expenses from their pre-tax revenues. Among those expenses are “free bets” offered to players to entice them to sign up or continue gambling.

Those freebies ultimately negated as much as 43.7% of the revenue Virginia’s government could tax, or a potential $26.7 million in collected tax revenue.

As a result, of the 12 companies currently taking sports bets in the state, only five have paid any taxes since launching.

Del. Mark Sickles, D-Fairfax, was an early champion of eliminating the tax break and was ultimately able to get it written into the new state budget.

The revised legislation allows companies to deduce promotional incentives for the first 12 months in the market, but after that requires all such revenues to be reported and taxed.

The four largest betting companies in Virginia — FanDuel, DraftKings, BetMGM and Caesars — have all been live for more than a year.

Meanwhile, Virginia’s sports betting market continues to be robust. The Virginia Lottery, which regulates companies offering legal betting, is expected to report next week that the state has now taken $5 billion in sports wagers.

The most recently available data showed just how much of an impact closing the loophole will have.

Virginia has taken $4.98 billion in sports bets, with the operators “holding,” or winning, 8.5% of that money.

That has led to the state collecting $29.8 million in tax revenue over that time.

Tennessee has taken $4.405 billion in sports bets, with the operators holding 8.6% of that money.

That has led to the state collecting $62.8 million in tax revenue over that time.

The original logic was that allowing promotional expenses to be written off would help build up the betting market faster. However, other states, including New York, have launched to eye-popping numbers without allowing the write-off.

According to a February study by the Tax Foundation, of the 30 states with legalized sports betting, eight currently offer companies the ability to write off promotional expenses — a number that is about to decrease by one.

In a less-consequential sports betting decision during this year’s General Assembly, providers are no longer allowed to use the term “Virginia is for Bettors” in their marketing materials.

The phrase plays off the “Virginia is for Lovers” marketing slogan. The bill was passed by the General Assembly and signed by Gov. Glenn Youngkin.

Another bill proposed legalizing wagers on state college sports teams, but that was defeated in the General Assembly, meaning wagering on VCU basketball or Virginia Tech football remains illegal in the state for at least another year.

A man was killed in a shooting in South Richmond late Monday night, according to police. 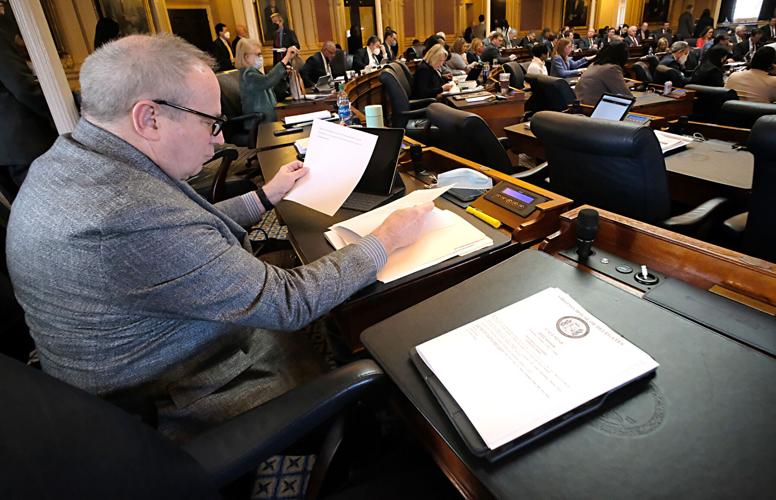 Del. Mark Sickles, D-Fairfax, looks over legislation at his desk before the floor session of the House of Delegates at the State Capitol in Richmond, VA Wednesday, Feb. 9, 2022. 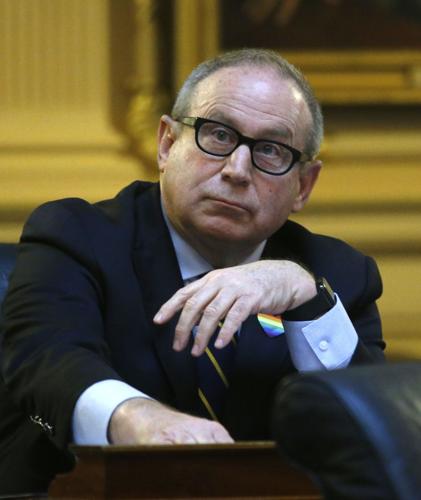 Del. Mark Sickles, D-Fairfax, was an early champion of eliminating the tax break and got it into the budget.