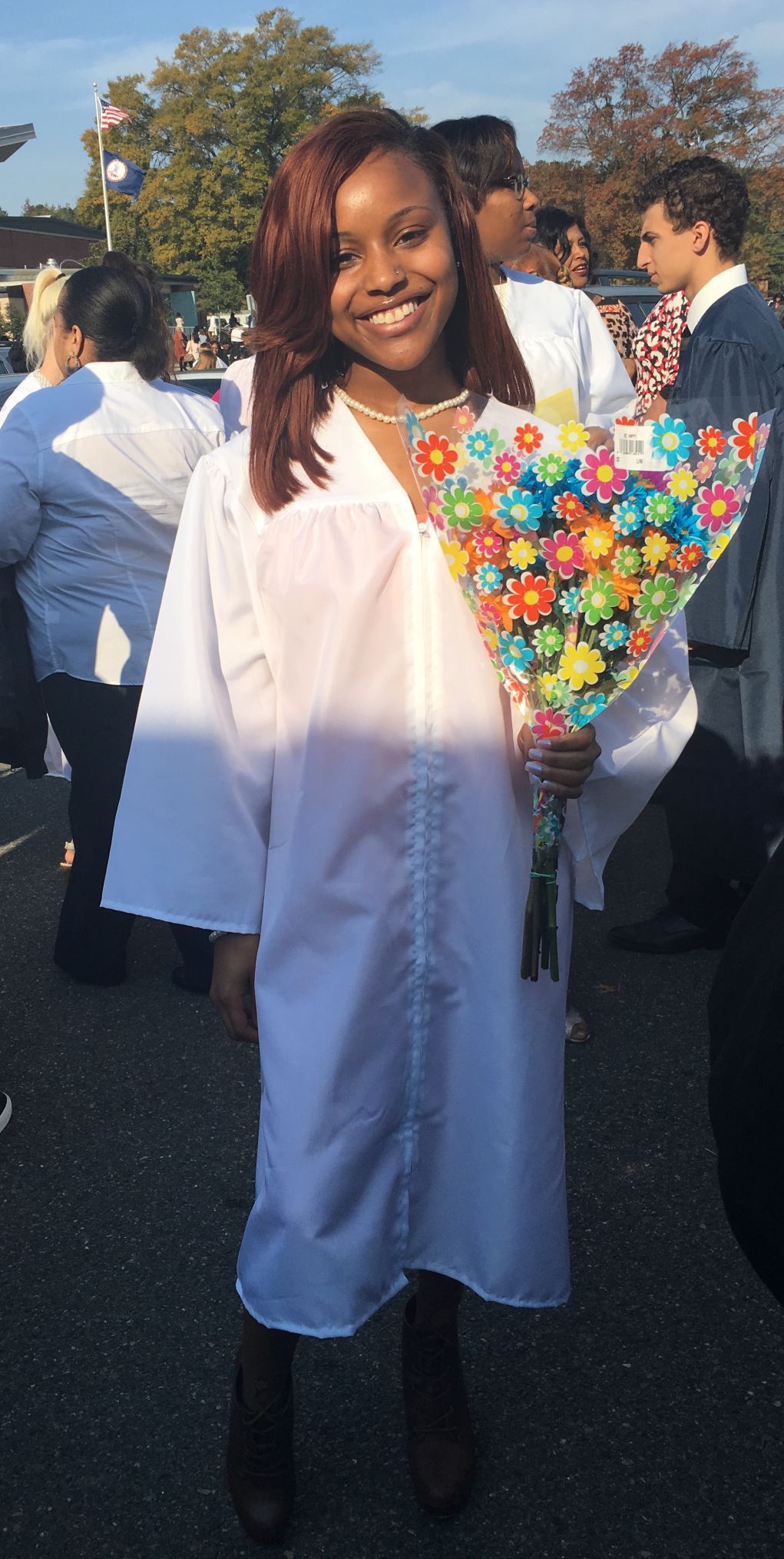 Varina High School senior Hershai James said she feels "blessed to have been given the wonderful opportunity" of a scholarship funded by NFL All-Pro defensive back Richard Sherman. 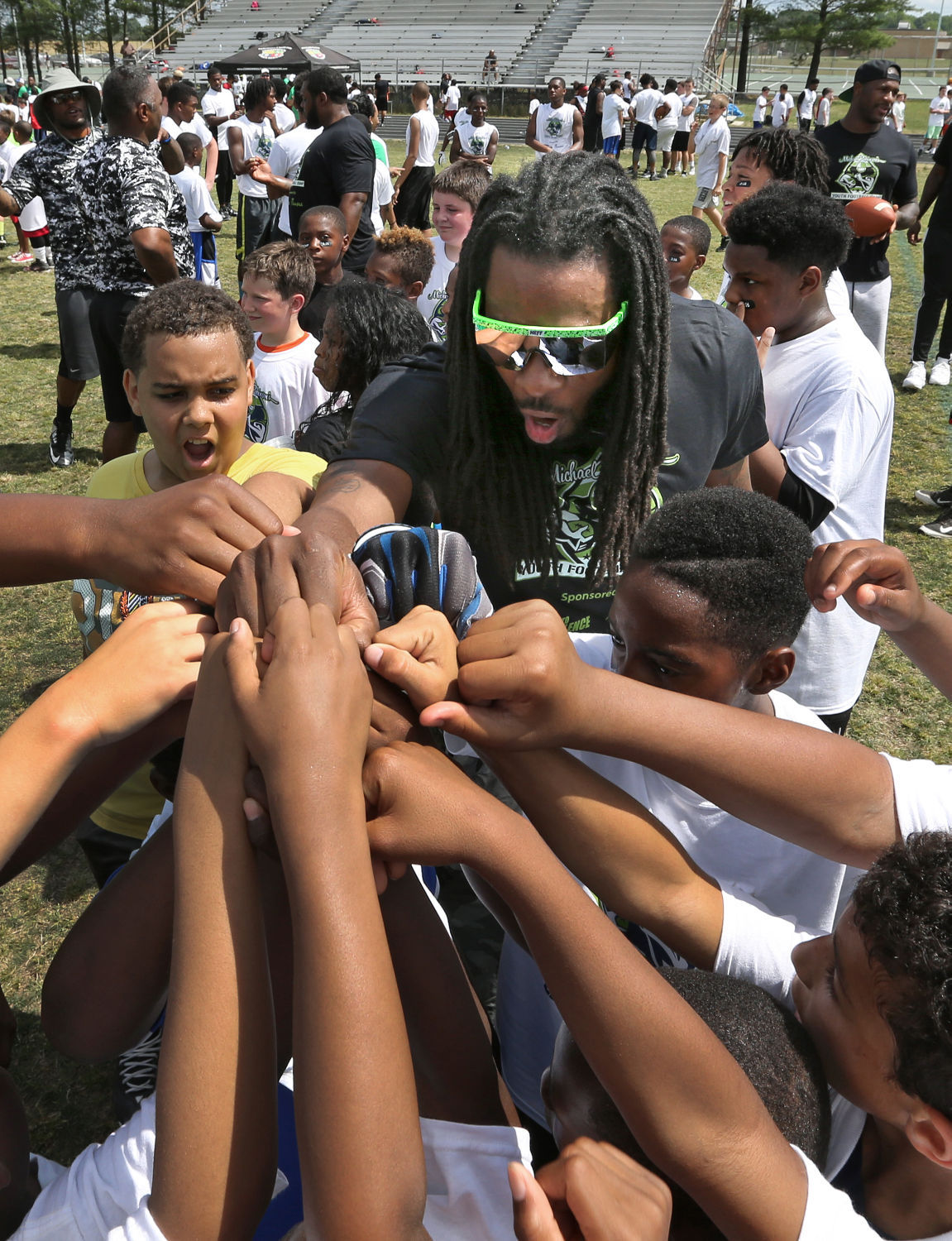 For most fans, their memorable moment with an athlete may come from an autograph or a selfie.

For Varina senior Hershai James, it was an encounter that changed her senior year, and perhaps her life, when Seattle Seahawks cornerback Richard Sherman challenged her to improve her grades.

The reward: a college scholarship.

“At the dinner when Richard Sherman came to me about the scholarship, I was in shock. I believe I said, ‘Really?’ for reassurance,” James said. “I just felt so blessed to have been given the wonderful opportunity.”

Sherman comes to Richmond every year to support former Seattle teammate and friend Michael Robinson with his Celebrity Waiter Dinner and Football Camp to benefit the Excel to Excellence Foundation. The foundation was started in 2010 by Robinson, a Varina graduate, to address his concern for children who were getting left behind in their education, environment and society.

The two were conversing when Sherman laid out the promise that if James became an honor roll student as a senior, he would grant her a personally funded scholarship.

Woven into Excel to Excellence’s mission is TEAM EXCEL, an incentive program that seeks to improve class attendance and academic performance. James’ response was conspicuous. When she realized her goal of improving her GPA to a 3.0, she reached out to Johnathan Mayo, the program’s executive director. Mayo contacted Robinson and Sherman.

Sherman remembered the conversation and said he would gladly honor the promise.

“It goes back to knowledge is power and if you have knowledge you’re going to be as powerful as you ever want to be,” said Sherman, who graduated from Stanford University in 2010. “Nobody stops anybody from reading and educating themselves. Mike is only trying to empower these kids to be everything that they can be and if we can help with that with our presence, with our (autographed) jerseys (for an auction), with our words, we’ll do everything we can.”

Many athletes find charities near their hearts, but how many fund a scholarship to a student on the fly?

“It’s an awesome feeling to see Richard Sherman do something like this behind the scenes to support Michael and his work with our TEAM EXCEL students,” Mayo said. “His offer to provide a scholarship shows that he has witnessed the growth and impact of the program over the past four years that he has been coming to Richmond to support Michael and Excel to Excellence. These are the types of acts that the public doesn’t see where pro athletes like Michael and Richard are working to impact the next generation of leaders. It also demonstrates the desire of our kids to excel and further their education.”

James, he said, “took the bulls by the horns with this situation and impressed us all.”

All parties wanted to keep the generous scholarship amount private, but it wasn’t just the financial gift that was a reward for James.

“When my senior year began, I definitely had the scholarship in my head as motivation,” James said. “With being a senior, the year is really stressful. Having something to look forward to helped. It’s like saying my hard work and dedication had paid off.”

Mayo said James, a member of TEAM EXCEL’s first senior class, “has been one of the highlights of the program as an original student. She has grown over the years and increased her academic performance and become a leader.”

James will graduate and attend Norfolk State University. There, she will study business with the hope of international travel in her future.

When she enrolls at Norfolk State next fall, it’ll be with a diploma from Varina and a scholarship from an All-Pro player.

The best part is, when asked the story of how it all happened, Hershai James can simply say she earned it.

Does Richard Sherman’s charity work, including his involvement with Michael Robinson’s foundation, affect your opinion of the Seattle Seahawks’ star cornerback?

Pittsburgh Steelers Hall of Famer Franco Harris will join this year's Michael Robinson Celebrity Waiter Experience, which will be held this Fr…

Varina High School senior Hershai James said she feels "blessed to have been given the wonderful opportunity" of a scholarship funded by NFL All-Pro defensive back Richard Sherman.