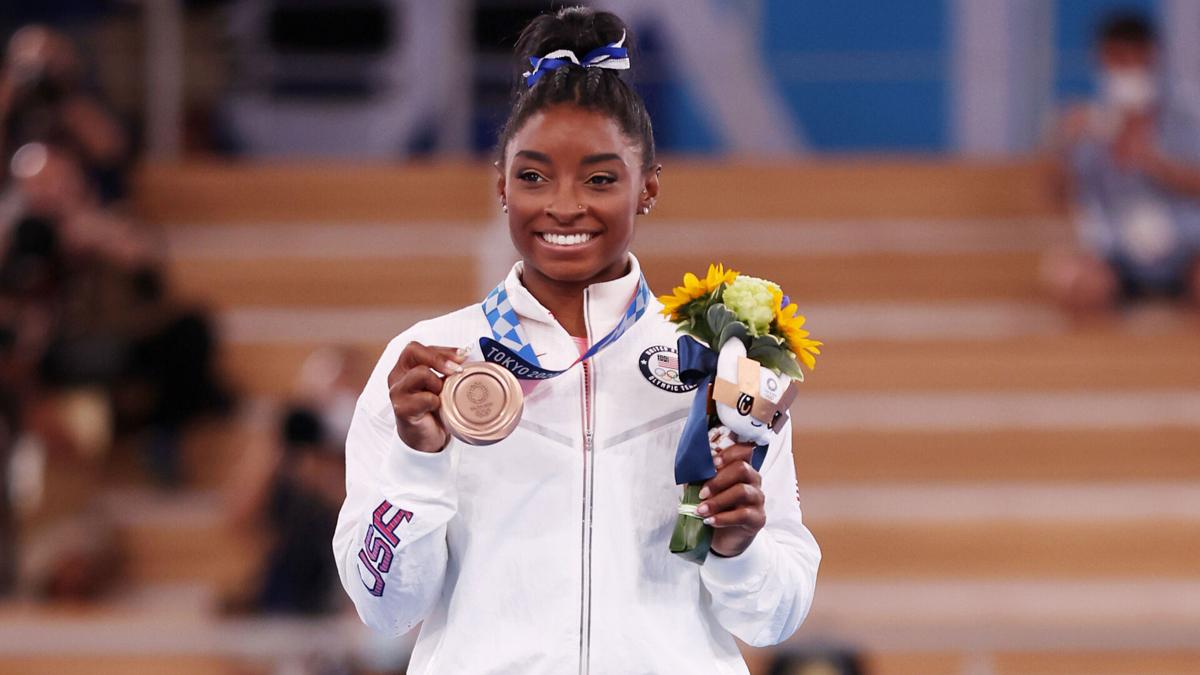 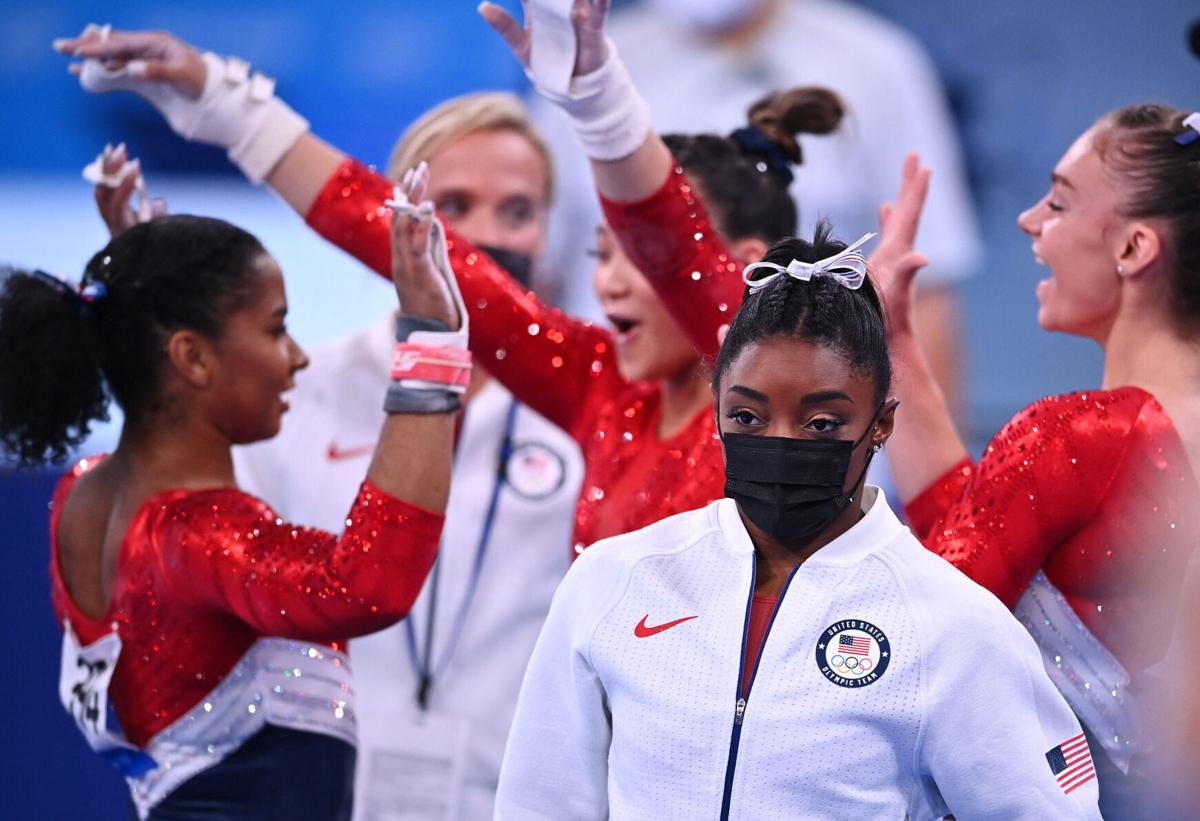 Four-time Olympic gold medalist Simone Biles says she "should have quit way before Tokyo." Biles is seen here at the Tokyo 2020 Olympics on July 27. 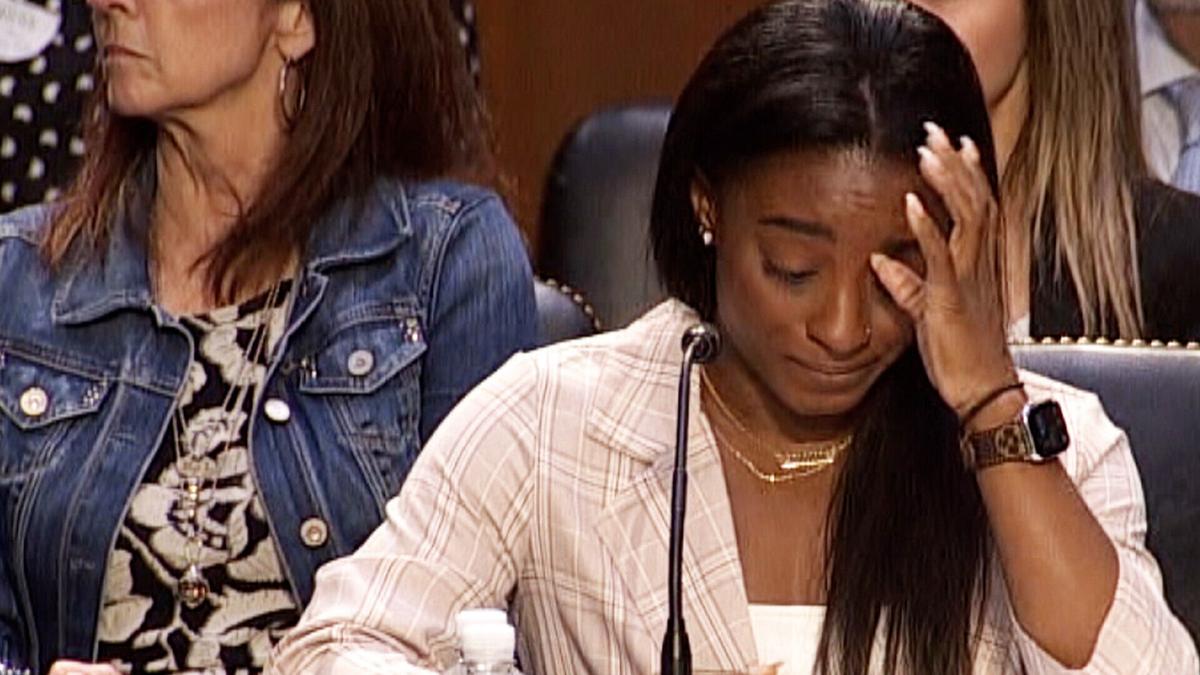 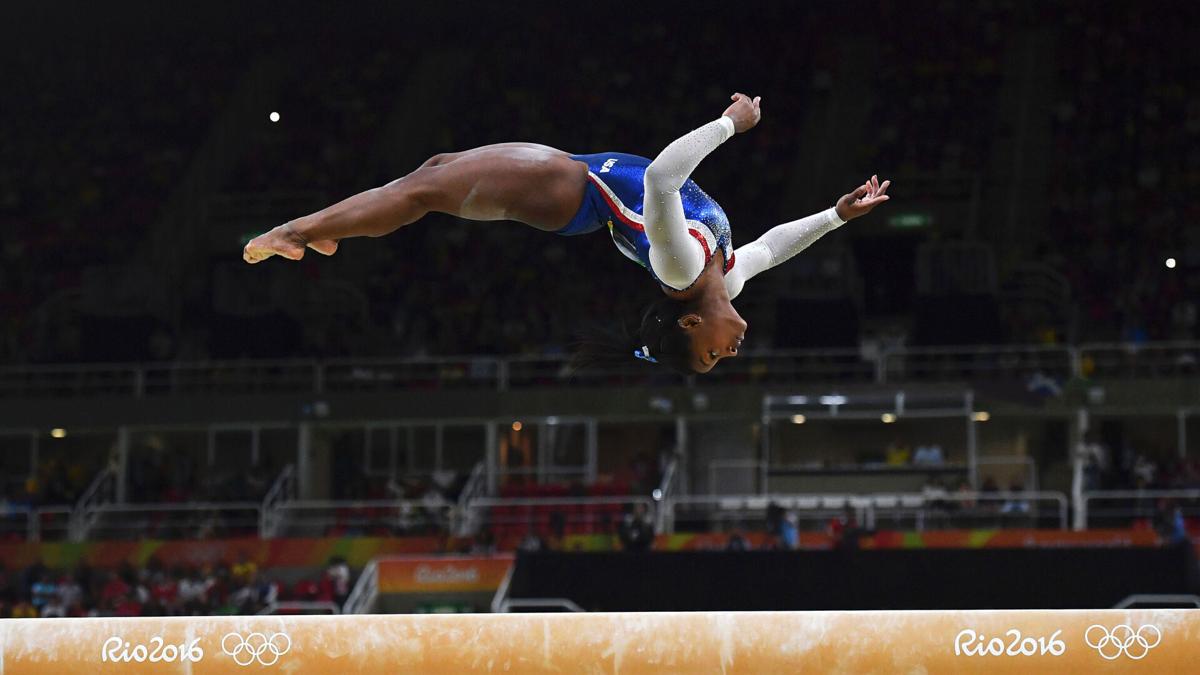 Biles competes in the beam event of the women's individual all-around final during the Rio 2016 Olympic Games.

Arguably the greatest gymnast of all time, the 24-year-old endured mental health battles and the unexpected loss of a family member during the Tokyo Olympics this summer -- all while preparing to testify at a Senate hearing regarding the sex abuse investigation of former USA Gymnastics team doctor Larry Nassar.

Arriving in Tokyo widely expected to add to her medal haul, Biles withdrew from the women's team final citing the 'twisties' -- a mental block in gymnastics in which competitors lose track of their positioning mid-air -- but returned to win bronze on the balance beam.

"If you looked at everything I've gone through for the past seven years, I should have never made another Olympic team," Biles told New York magazine.

"I should have quit way before Tokyo, when Larry Nassar was in the media for two years. It was too much. But I was not going to let him take something I've worked for since I was six years old.

"I wasn't going to let him take that joy away from me. So I pushed past that for as long as my mind and my body would let me."

Biles testified before the Senate Judiciary Committee regarding the FBI's handling of sexual abuse claims against Nassar alongside three other gymnasts -- McKayla Maroney, Aly Raisman and Maggie Nichols -- all of whom were Nassar abuse survivors.

Allegations against the former USA Gymnastics doctor were first brought to the FBI in July 2015, but a Justice Department inspector general report stated that the agency "failed to respond to the Nassar allegations with the utmost seriousness and urgency that they deserved and required, made numerous and fundamental errors when they did respond to them, and violated multiple FBI policies."

An emotional testimony from Biles saw the gymnast blame "an entire system that enabled and perpetuated his abuse."

Biles shed light on the twisties phenomenon that led her to immediately withdraw from the team and four individual finals.

Inexplicably losing her bearings in the air, Biles revealed that her "perspective has never changed so quickly from wanting to be on a podium to wanting to be able to go home, by myself, without any crutches."

"If I still had my air awareness, and I just was having a bad day, I would have continued. But it was more than that.

"Say up until you're 30 years old, you have your complete eyesight. One morning, you wake up, you can't see sh*t, but people tell you to go on and do your daily job as if you still have your eyesight," Biles explained.

"You'd be lost, wouldn't you? That's the only thing I can relate it to. I have been doing gymnastics for 18 years. I woke up -- lost it. How am I supposed to go on with my day?"

Her struggles were compounded by the passing of her aunt, who died "unexpectedly" while Biles was competing in Japan.

A testament to her resolve, despite all she endured Biles still managed to leave Tokyo with a flourish -- taking her overall Olympic medal tally to seven with a bronze in the balance beam final.

"To bring the topic of mental health, I think it should be talked about a lot more, especially with athletes because I know some of us are going through the same things and we're always told to push through it," Biles told reporters following her third-place finish.

With an arduous summer behind her, Biles is now out on her highly anticipated Gold Over America Tour.

With tonight's show in San Francisco, Biles leads an all-star team of athletes across 35 US cities to celebrate female sport and inspire a new generation of gymnasts.

"I love the sport of gymnastics and wanted to help create a show that celebrates the pure joy of performing," said Biles, per the tour's official website.

The final show is set to take place in Boston on November 7.

US downhill racer Johnson forced out of Beijing Olympics

CORTINA D'AMPEZZO, Italy (AP) — The United States team for next month's Olympics lost one of its top medal prospects Tuesday when downhill racer Breezy Johnson said injury will force her to miss the Beijing Games.

The 223 athletes make up the second-biggest contingent the U.S. has ever sent to the Games.

China has undergone history-making change since the last time it was an Olympic host in 2008: It is richer, more heavily armed and openly confrontational.

The new guy: Marco Odermatt is the Next Big Thing in skiing

US women's hockey once again led by a shining Knight

Cammi Granato had never forgotten the young girl she lent her stick and gloves to during one of the former U.S. Olympian’s first hockey camps in Chicago in the late 1990s.

The logistical nightmare of getting athletes to the Olympics

Flying chartered is a luxury often reserved for rock stars and royalty.

Chairmen of the boards: Japanese team powerful in halfpipe

ASPEN, Colo. (AP) — With Winter X Games medals in one hand and their snowboards in the other, the Hirano brothers — Ayumu and Kaishu — posed for picture after picture at the bottom of the halfpipe.

Four-time Olympic gold medalist Simone Biles says she "should have quit way before Tokyo." Biles is seen here at the Tokyo 2020 Olympics on July 27.

Biles competes in the beam event of the women's individual all-around final during the Rio 2016 Olympic Games.