Virus review: Aid talks at risk of collapse; US rescinds global 'do not travel' warning

Quin Houff of Weyers Cave had a rough weekend at Texas Motor Speedway, being involved in an accident that drew the ire of competitors. However, he’s far from the first rookie to make such a mistake in NASCAR’s top series. 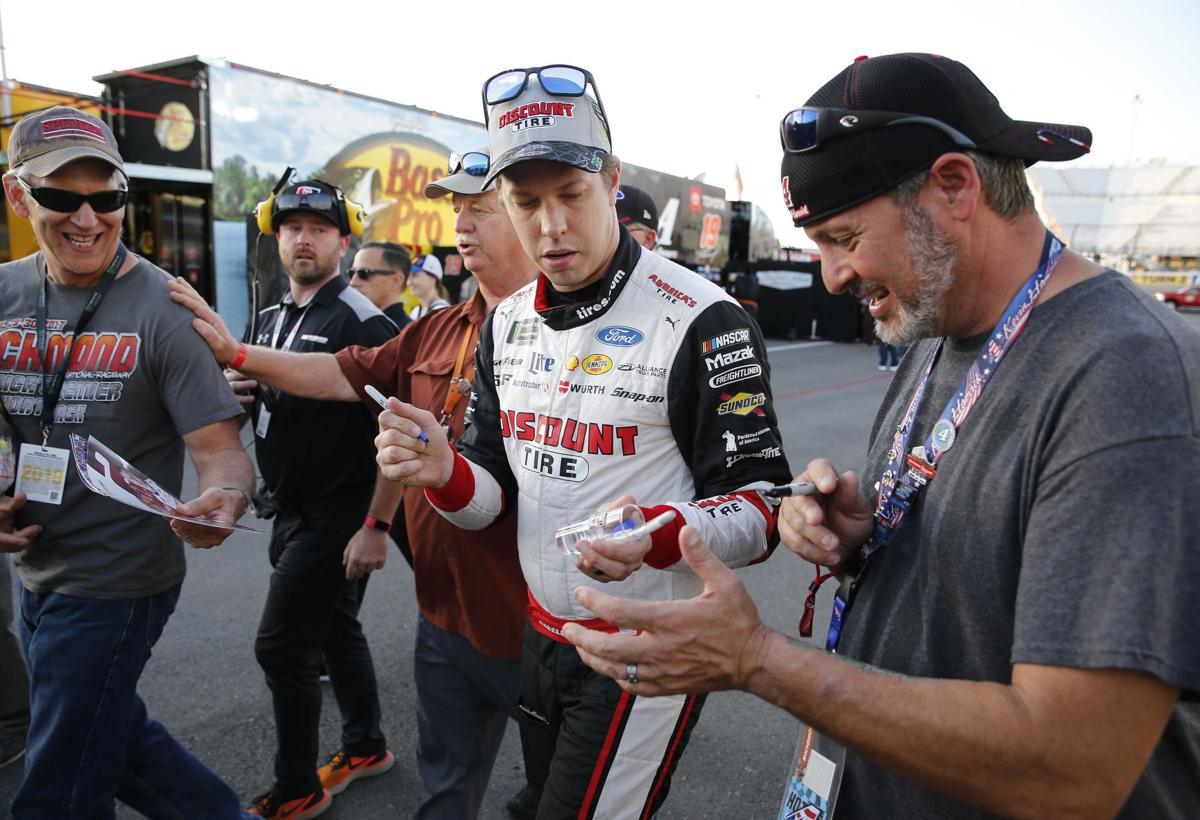 Quin Houff knows it was his fault. All he can do now, he says, is make sure it doesn’t happen again.

At last Sunday’s 500-mile NASCAR Cup Series race at Texas Motor Speedway, Houff — not a threat to win and typically ignored by TV — brought unwanted attention to himself. On Lap 307 of the 334-lap event, he made a bonehead move and wrecked himself and two other drivers.

A 22-year-old rookie from Weyers Cave, Houff needed to stop for fuel and tires. Rather than steering his Chevrolet low on the track on the backstretch to prepare for his glide onto pit road, the Virginia driver stayed in the outside lane until the last moment, then cut across traffic.

Houff’s Chevy struck the oncoming Toyota driven by Christopher Bell, ricocheted and nicked the Wood Brothers Ford of Matt DiBenedetto, then slammed into the outside wall.

That was the end of the racing day for Houff. The crash ruined a good shot at a top-five finish for DiBenedetto and left Bell limping to the finish as well. The timing of the ensuing caution period was rotten for two fastest cars — Ryan Blaney’s Ford and Denny Hamlin’s Toyota.

After their pit stops under the yellow flag, Blaney and Hamlin restarted far back in the field. Instead of finishing a likely 1-2, they ended up well behind surprise winner Austin Dillon, who had not led until Houff’s miscue.

The TV broadcast team questioned what Houff did. Social media lit up with the its usual decorum, directing — um — advice to the young driver.

After the race, driver Brad Keselowski, asked about Houff’s gaffe, mused that perhaps NASCAR needed to have a system under which drivers would have to “graduate” to the elite Cup Series level and could be demoted to lower levels if that was in order.

A NASCAR official said the sanctioning body would have a discussion with Houff about his wreck-causing move.

Houff’s response? Calm and civil — qualities he has exhibited in conversations I’ve had with him this year. He didn’t bristle against the social media attacks. He let Keselowski’s suggestion sit.

He spoke by phone yesterday from Staunton, where he lives with wife Elizabeth and dogs Dean (a Jack Russell/dachshund mix) and Junebug (a pit bull/hound mix). He said NASCAR had been in touch.

I asked if there had been a miscommunication with his pit crew or his spotter leading to the crash. Houff said that while he was on the backstretch his spotter had told him a car was approaching on the inside lane, several lengths back. Then the spotter switched from the team’s spotter-driver channel to the spotter-crew chief channel.

“I’ve watched the replay,” Houff said. “It looks like it’s happening slow, but I can tell you — from the cockpit, it happened in a hurry,”

Maybe if the spotter had stayed in his ear, the crash wouldn’t have happened, but Houff wasn’t blaming anybody else.

“I’m holding the steering wheel,” he said. “I failed.

“I have to signal the other drivers that I’m going to pit,” he said. “I have to get to the inside sooner — or wait until the next lap to come in.”

And what about Keselowski’s suggestion that the rookie’s gaffe might warrant demotion to the minor leagues? Let’s check out some early-career statistics.

So far, in Houff’s first full season, he has crashed or spun out six times in 18 races — four times seriously enough that he didn’t finish the race. It’s worth noting that Houff’s StarCom racing team has never run up front with any of its drivers. Typically Houff battles with less-experienced drivers well back in the pack.

Keselowski’s first full season? In 2010, he drove for the powerhouse Team Penske.

He wrecked or spun 12 times in 36 starts — four times seriously enough to be done for the day.

Keselowski had already won a race — in 2009 at Talladega Superspeedway — before he became a full-timer, but that win was the result of a move he made that caused the leader, Carl Edwards, to go into a 200-mph spin, get airborne and crash just a few hundred yards from the finish.

You could argue that Keselowski, 26 at the time, needed to be sent down for further seasoning.

How about Jeff Gordon, one of NASCAR’s all-time superstar drivers? In Gordon’s first full season in 1993 when he turned 22, he drove for the Hendrick Motorsports super team. He was in 10 wrecks, three serious enough to finish his day. He had a reputation for taking too many chances. Was the great Gordon demotion-worthy as a rookie?

Houff made an obvious mistake Sunday. NASCAR made sure he understood his error — not that Houff didn’t already understand. That’s quite enough for now.

Now it’s on to Thursday night’s race at Kansas Speedway, where Houff raced in a Cup Series event last year and liked the way the track felt.

“I’m glad we didn’t have much time between races,” Houff said. “I want to get Texas behind us…. Kansas is a race I had circled on the calendar as a good place to run. Especially now.

“I want to race there and do whatever I can do to stay off TV this week.”