Coronavirus update: US jobless claims fall below 1 million but remain high. Get the latest.

Flash Flood Watch from 8AM EDT THU until 12AM EDT FRI 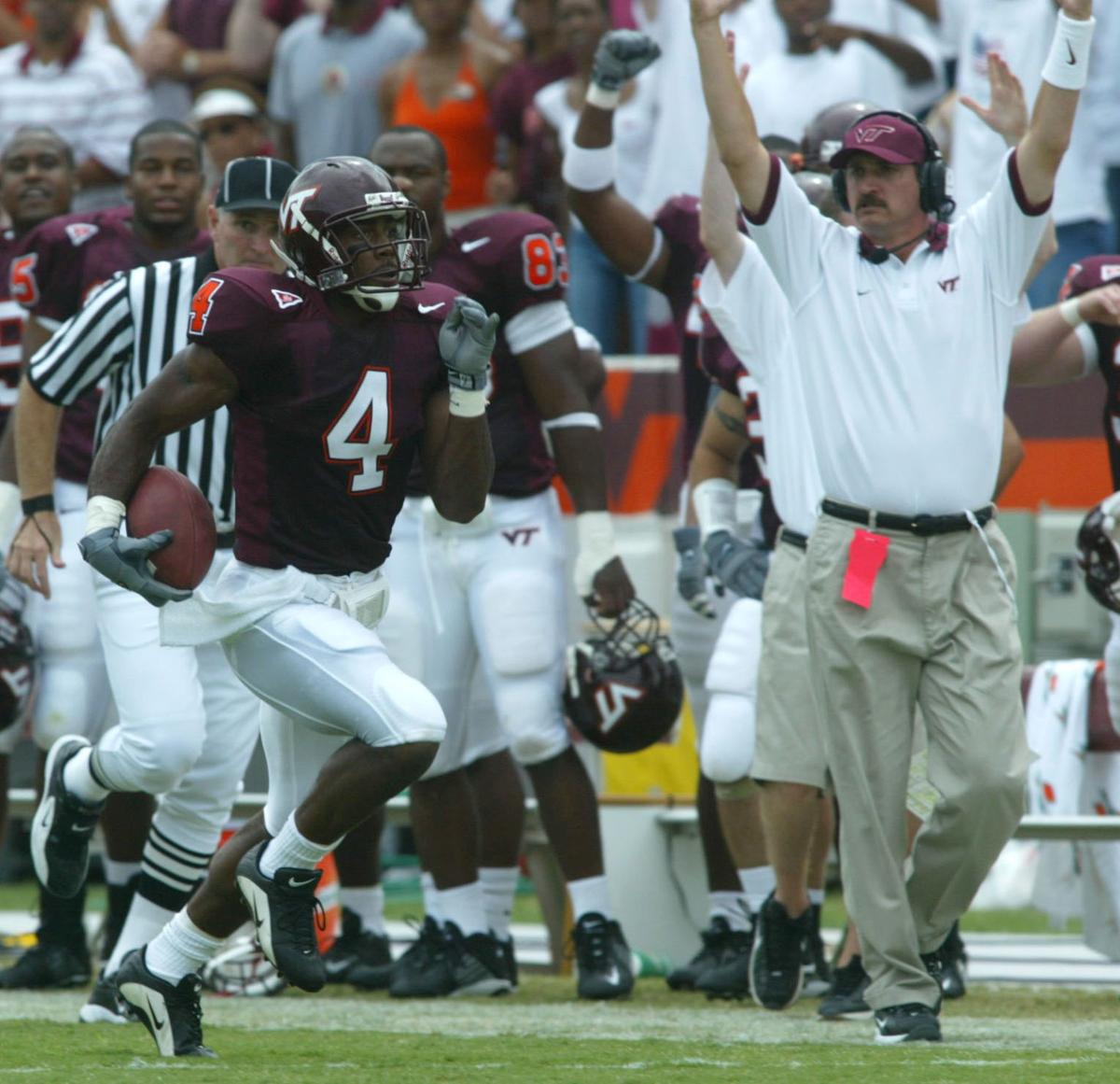 Virginia Tech cornerback DeAngelo Hall (left) returns an interception for a touchdown as Bud Foster signals the score in 2002. 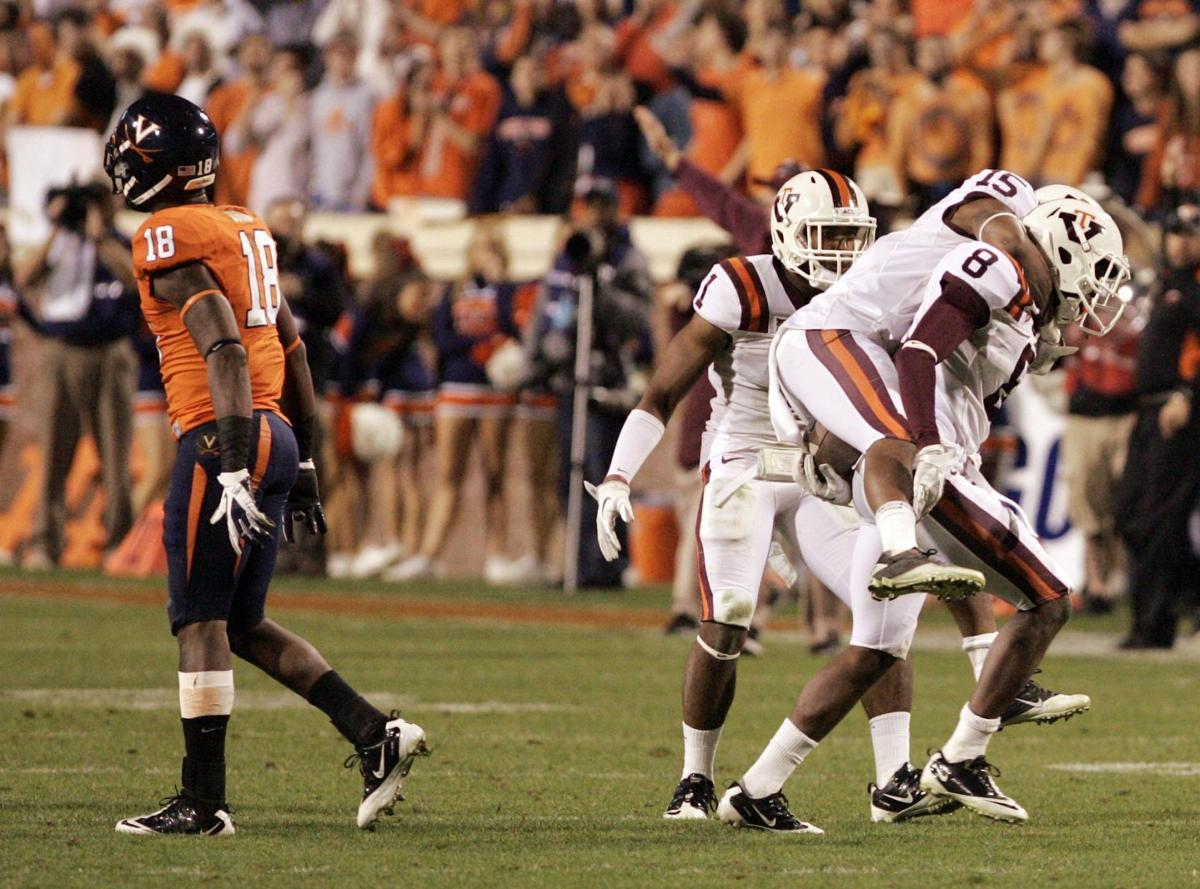 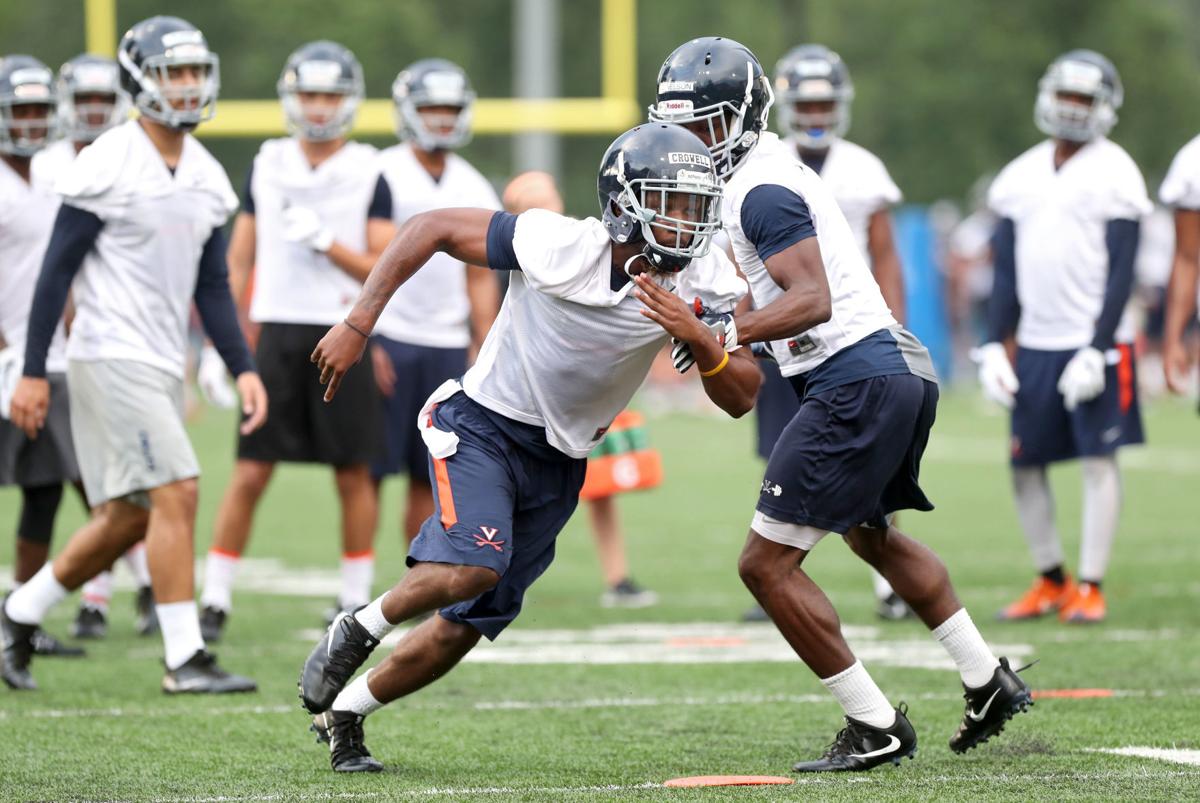 Germane Crowell (running) was recruited by both schools before choosing Virginia.

Virginia Tech cornerback DeAngelo Hall (left) returns an interception for a touchdown as Bud Foster signals the score in 2002.

Germane Crowell (running) was recruited by both schools before choosing Virginia.

When he opted to return for his senior season, cornerback Bryce Hall instantly put Virginia’s name among the best secondaries in the ACC.

That’s despite losing safety Juan Thornhill to the NFL draft, a second-round pick of the Kansas City Chiefs.

Around college football, a number of programs have laid claim to the designation of being “DBU” — Defensive Back University — the nation’s premier hotbed for defensive secondary talent.

Virginia Tech, Florida, LSU, Miami, Ohio State and Texas count themselves among the most legitimate programs to lay claim to the crown.

But over the past few seasons, it’s fair to ask whether the Hokies have been passed by in-state rival Virginia.

There’s no arguing which school has the richer history of great defensive backfield play. From Pierson Prioleau — now on staff with the Hokies — and Anthony Midgett in the ’90s, to Ronyell Whitaker, Brandon Flowers, De’Angelo Hall and Macho Harris at the turn of the century, up through Jayron Holsey, Kyle and Kendall Fuller and Terrell Edmunds in the most recent decade, a big part of Tech’s fabled Lunch Pail defense has been its defensive backfield.

There’s also no arguing that UVA had the better secondary last season. The Cavaliers ranked 16th nationally last season against the pass, while Tech checked in at No. 63.

But that’s just one season.

What does a wider snapshot reveal? Which direction are the two units trending? Who is the commonwealth’s true DBU right now?

1. Which group has been the best over the past three seasons? It was just three years ago that the Hokies had five future NFL defensive backs playing in their secondary in corners Greg Stroman, Brandon Facyson and Adonis Alexander and safeties Terrell Edmunds and Chuck Clark. Once they all moved on, Tech was left with a young, unproven group.

In the last three years, Virginia has intercepted 41 passes in 38 games, while Virginia Tech has picked off 36 in 40 contests. The Cavaliers have allowed 55 touchdown passes, while the Hokies have surrendered 52 in that stretch.

As for trends, UVA has raised its interception total and dropped its touchdown passes allowed mark each of the past two seasons. It’s dropped its yards allowed per pass attempt mark from 8.5 in 2016, to 6.7 in 2017 and 6.4 last year.

Tech, on the other hand, is going the opposite direction. The seven passes it picked off last year marked the program’s fewest since 1987.

Since 2017, Virginia has had five All-ACC selections in the secondary, including four first-teamers. In that same time, Tech has put three defensive backs on the all-conference team, with one first-teamer among them.

2. Who’s played better head to head? Unlike other DBU debates, Virginia Tech and UVA meet each year on the field. It’s been a decidedly lopsided rivalry, with the Hokies winning 15 straight.

How have the secondaries fared in those contests?

In the last three meetings, Tech has intercepted two passes, allowed four passing touchdowns and given up four pass plays of 30 yards or more.

UVA, in that span, has allowed five touchdowns and six plays of 30 yards or more through the air, while intercepting three passes.

3. Which program has put more talent into the NFL? Each program expects to have six defensive backs on NFL rosters this coming season.

The Hokies have had six taken in the last five NFL drafts, and 12 selected in the last 10 years of the draft. They also had first-round selections with safety Terrell Edmunds in 2018 (Pittsburgh) and cornerback Kyle Fuller in 2014 (Chicago).

Neither program has put a defensive back in the pro football hall of fame.

4. Who has the rep with recruits? Tech has three three-star defensive backs in its 2019 recruiting class. It had a pair of four-star prospects the year before in junior college transfer Jeremy Webb and Chamarri Conner and landed four-star safety Devon Hunter in its 2017 class.

Virginia already has a commitment from a four-star prospect for its 2020 class in Louisiana’s Bud Clark. Before that, the last big-time secondary recruit UVA landed was five-star Quin Blanding back in 2014.

So while the Cavaliers recruiting seems to be on the rise, Tech hasn’t exactly fallen off, either.

Both schools recruited current UVA cornerback Germane Crowell, a three-star prospect and a Cavaliers’ legacy. His father and uncle both starred at Virginia.

When the numbers are crunched, UVA still can’t touch Virginia Tech from an all-time, historical standpoint. But, who has the stronger claim to being DBU since the start of 2017? That one is too close to call.

LOL! Thank goodness for your "conclusion." UVA will never have a Bud Foster to give them three decades worth of reputation to earn the tag "DBU." Again...LOL!

Comparing the two and claiming that UVA is even on any factor without also typing in bold, underlined and italicized text under the discussion of every factor the fact that UVA has not won a single game against VA Tech in over 15 years, is an incomplete comparison. Until UVA starts beating VA Tech regularly (i.e. or even more than once in a generation), it is impossible for them to be evenly matched on anything.