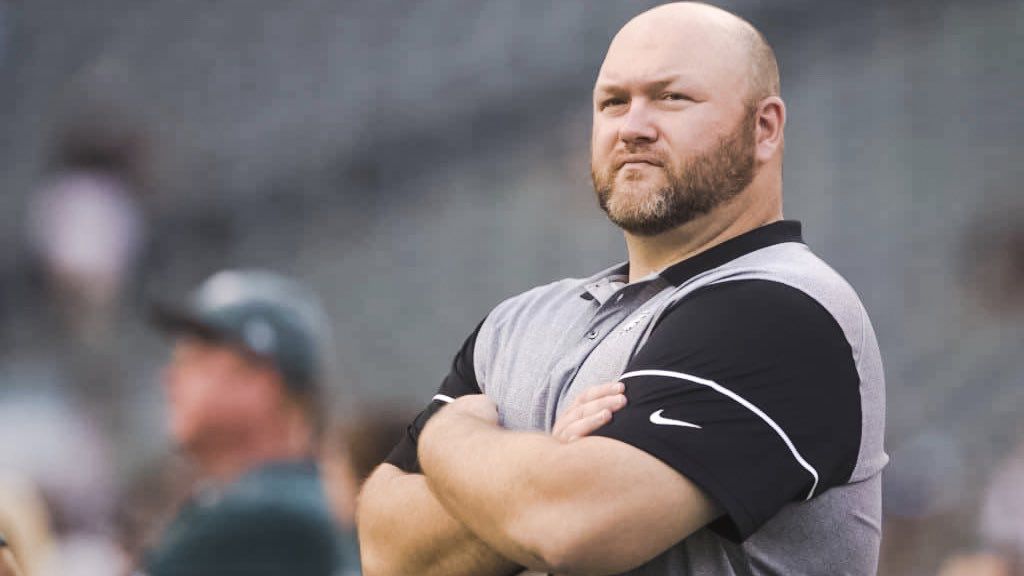 Hanover native Joe Douglas was the Eagles’ vice president of player personnel before joining the Jets in June. 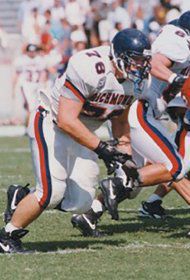 Joe Douglas, a Lee-Davis High graduate, started four seasons as a University of Richmond offensive lineman during the late 1990s. He was named general manager of the New York Jets on Friday night.

Douglas, who is 6-foot-2, started four years at UR as a 290-pounder. At Stonewall Jackson Middle School, Douglas weighed 325 pounds.

“And definitely, there wasn’t much muscle,” Douglas told the Times-Dispatch in a 1998 interview. “I was just a big, heavy, slow kid.”

His dedication to an upgraded physical condition included wrestling. Douglas became an all-state offensive lineman at Lee-Davis before earning second-team all-Atlantic 10 Conference recognition as a Spider.

Following his senior season, Douglas was invited to participate in Richmond’s 1999 pro day, an audition for well-regarded outgoing players who performed drills in front of NFL scouts. Douglas attended the workout carrying a folder of papers. He went through the drills, but knew he wasn’t going to play in the NFL. That didn’t mean he couldn’t work in the NFL.

To that 1999 UR pro day, Douglas brought résumés he distributed to scouts, telling them he was willing to perform volunteer work or fill any internship that was available. The Baltimore Ravens eventually hired him as a low-level assistant in their scouting department, the first step on his path to the Jets’ GM job.

“To me, that was Joe thinking out of the box,” former UR cornerback and current Spiders radio analyst Chris Anderson, who played with Douglas, said Saturday. “When traditional work ethic meets out-of-the-box thinking, it creates the ultimate competitor.

“That’s the Joe Douglas I know, in a nutshell.”

Douglas landed a job out of Richmond as an extra in the football-themed movie “The Replacements,” which featured Keanu Reeves and Gene Hackman.

“He was just connected to the game,” Anderson said. “Certain people, you could just tell they weren’t ready to let the game go.”

Douglas, who will turn 43 on July 20, succeeds Mike Maccagnan, dismissed by the Jets on May 15. Jets coach Adam Gase, who also was the organization’s interim GM, knows Douglas from time the two spent with the Chicago Bears. Gase was an assistant coach and Douglas was director of college scouting.

Douglas shifts to New York from Philadelphia, where he was the Eagles’ vice president of player personnel. Douglas, a 1999 UR graduate and a Richmond native, supervised the Eagles’ talent evaluation of current players as well as potential draft picks and free agents.

“There was an intensity in the way he attacked the game. He just did everything the right way,” Anderson said. “When you looked at Joe, there was a level of simplicity, in that he knew how to do things the right way, and he was going to stick to the right way. Things didn’t seem complicated for him. He only knew one speed, and he went about it that way.”

Douglas becomes the second UR graduate working as an NFL general manager. Former Spiders punter Bruce Allen is the Washington Redskins president, the team’s de facto GM. From 1975 to 1977, Allen averaged 40.1 yards per punt as a Spider, and is a member of the school’s athletics hall of fame.

Hanover native Joe Douglas was the Eagles’ vice president of player personnel before joining the Jets in June.

Joe Douglas, a Lee-Davis High graduate, started four seasons as a University of Richmond offensive lineman during the late 1990s. He was named general manager of the New York Jets on Friday night.