'A dream come true': Taylor Heinicke prepares for an emotional game at Lambeau Field
0 Comments
Share this
1 of 4 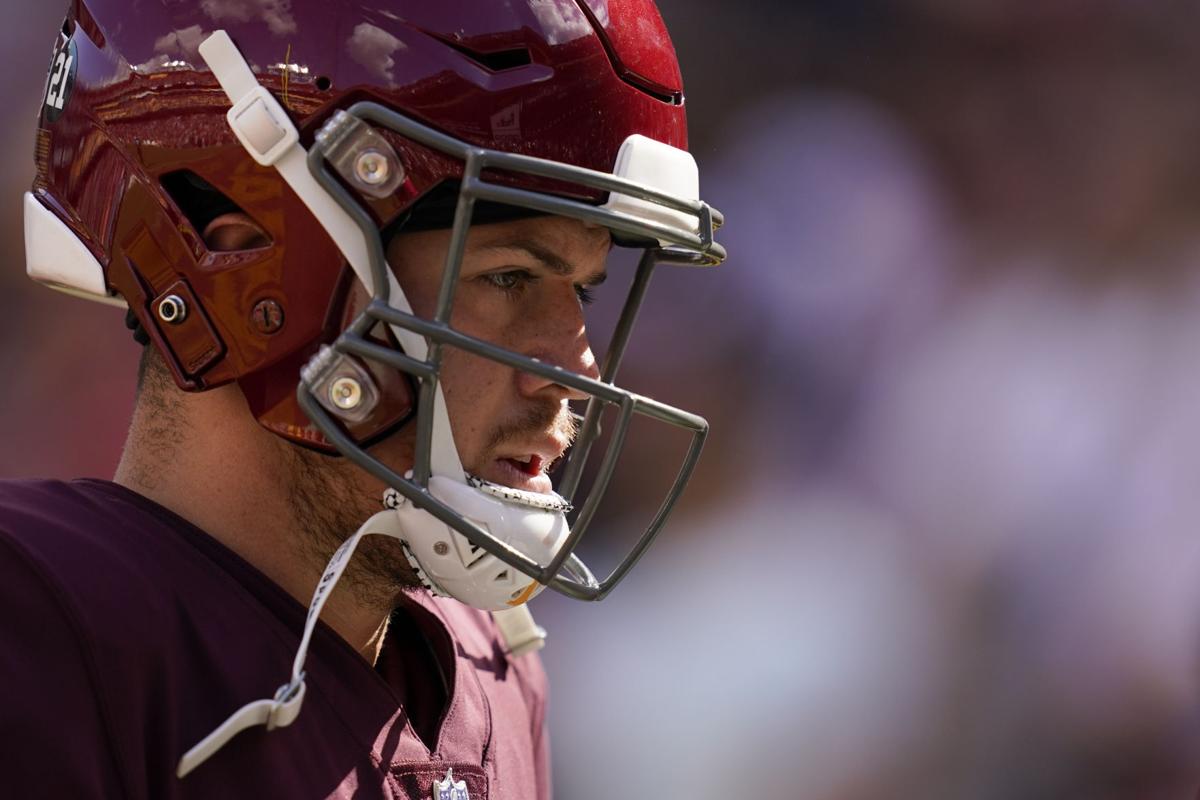 Washington quarterback Taylor Heinicke and his father, Brett Heinicke (top left), were Packers fans when Taylor was growing up, with Taylor idolizing Brett Favre (bottom right). Ten years after his father died of a heart attack at age 50, Taylor will start at iconic Lambeau Field. 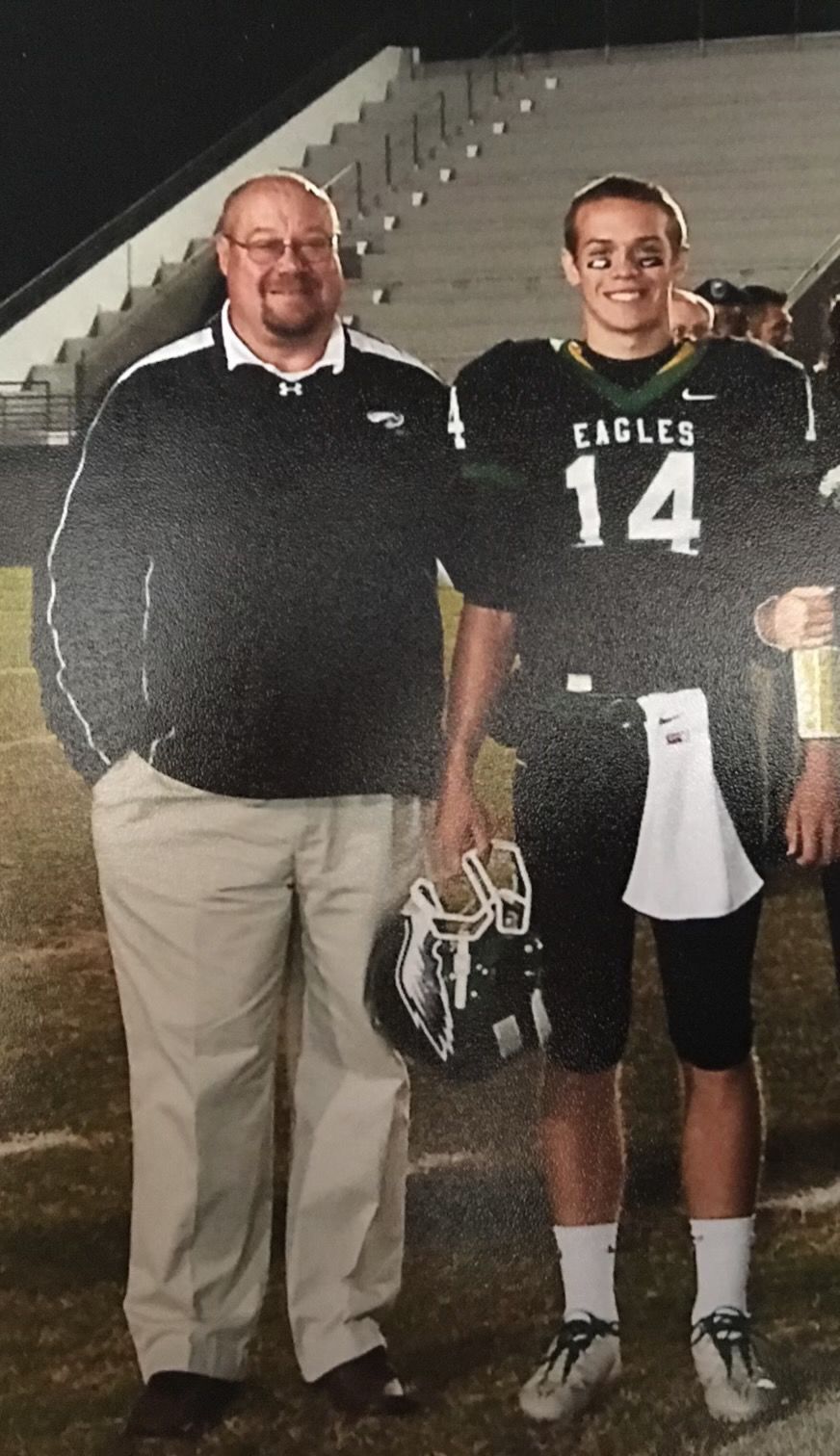 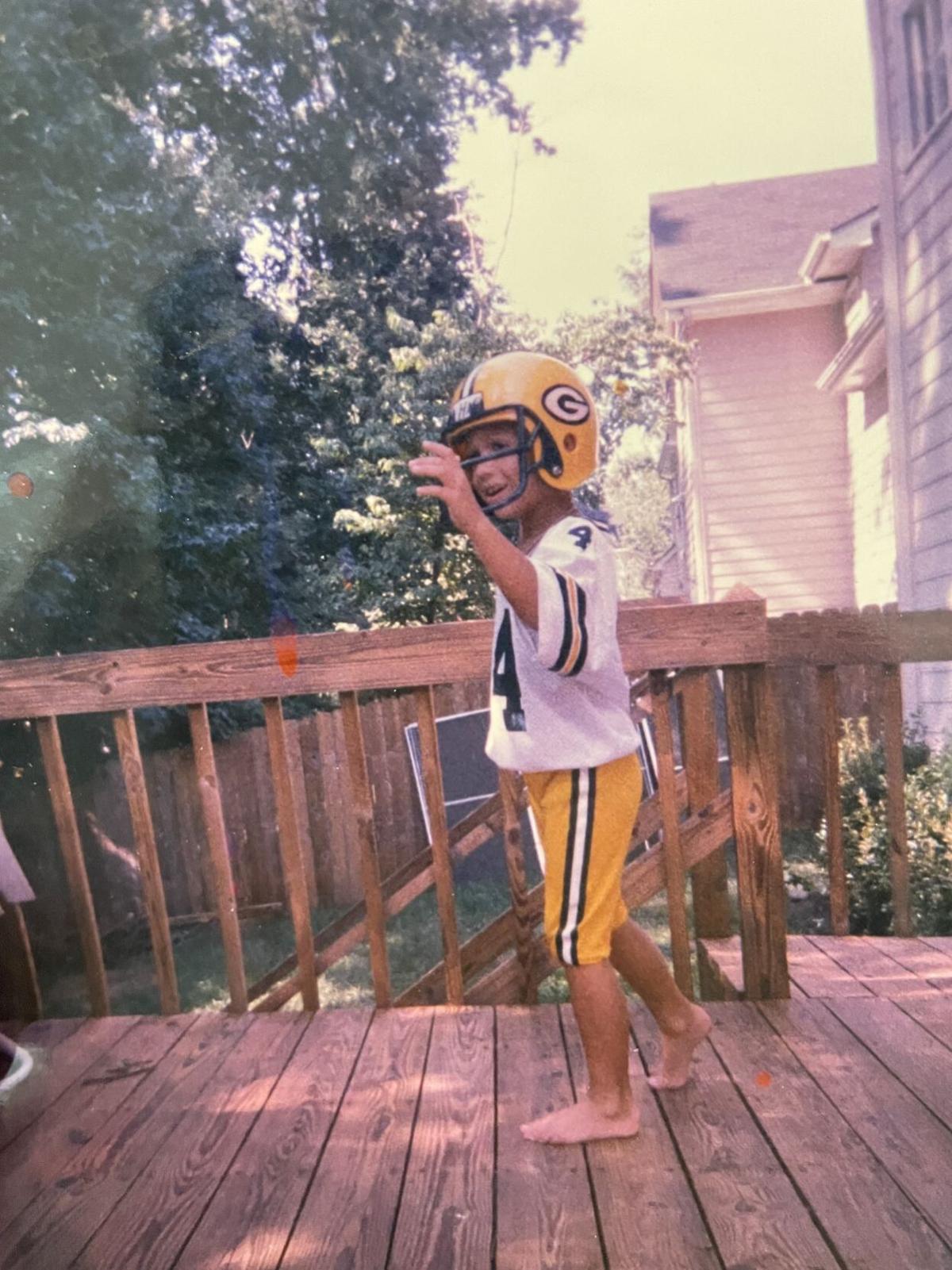 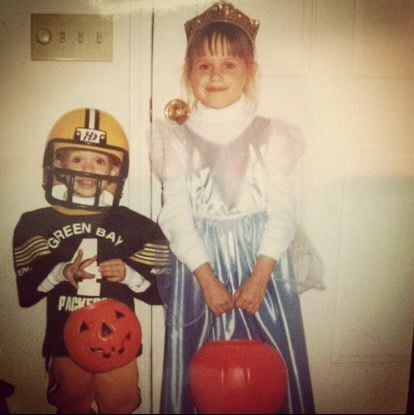 The Green Bay Packers were well represented during Halloween at the Heinicke house.

The final year of Brett Heinicke’s life was filled with a number of happy moments.

Heinicke had instilled his lifelong love of the Green Bay Packers in his son, Taylor, and the youngster grew up idolizing Brett Favre.

Sundays were filled with brats and Packers games, and in February 2011, the Packers won their first title since Taylor was 2 years old.

Later that year, on Oct. 1, Old Dominion starting quarterback Thomas DeMarco was injured minutes before halftime of a game against UMass.

Taylor, a freshman, wasn’t supposed to play that season — a redshirt was the plan. But he had wowed the coaches during camp, and in the locker room, they told him he’d be playing the second half.

Suddenly sick to his stomach, Taylor threw up, then ran out on the field and led the Monarchs to a come-from-behind victory, scoring 21 unanswered points in the fourth quarter.

Brett was in the stands that day — it was family weekend — and watched for the rest of the season as his son led Old Dominion to the second round of the FCS playoffs, giving him a large bear hug after the final game, a loss to Georgia Southern on Dec. 3.

At the time, it appeared Brett had seen Taylor at the pinnacle of his athletic career, quarterbacking the young ODU program to new heights.

It still seemed that way in early 2020, when Heinicke went back to ODU to finish his degree, having bounced around the NFL and XFL waiting for an opportunity that never came.

Then came the playoff game against the Buccaneers, and the wins against the Giants and Falcons, and now, almost 10 years after his father’s death, Taylor Heinicke will start for the Washington Football Team on Sunday at Lambeau Field.

“To actually be on the field, competing, it’s going to be a dream come true,” he said.

Of the many things Taylor Heinicke inherited from his dad, humility and work ethic are particularly evident.

Brett Heinicke never bragged about his own athletic exploits. Born in Wisconsin, he was a state champion in high school golf in Ohio, and had his pick of college offers, deciding to play for Hawaii.

Taylor doesn’t know much about his dad’s athletic career. Brett never bragged about it, and he never even taught the sport to his son.

“I look back at it now and I’m [expletive] off at him because he never took me out to golf,” Taylor said.

He said the two played together a couple of times, at high school football fundraisers.

“He didn’t have it then,” Taylor remembered with a laugh. “He was getting all angry, so that’s probably why he didn’t teach me.”

What Taylor did learn was the secret family recipe for brats, which Brett would make before ODU games — he’d bring in the leftovers the next day for the coaches.

Brett was a regular presence in Norfolk that first year, and helped build out the Monarchs’ weight room.

He was passionate about the Packers, and Taylor remembers him getting upset in 2007 after Favre lost to Eli Manning and the Giants in overtime of the NFC title game.

“I didn’t really understand it, but he told me, ‘I’m sorry, I just want you to experience this, you know, with me one time,’” Taylor remembered.

“And it turns out in 2011, they won the Super Bowl my senior year of high school. And that was the last Super Bowl we got to watch together. ... It was a really cool experience that I got to enjoy that. It just makes this game that much more meaningful.”

Taylor Heinicke is in a tenuous spot entering Sunday’s game.

After success in his first appearances, he has struggled in the past two games, including scoring no second-half points last week against the Chiefs, one of the league’s worst defenses.

The struggles came after comments by coach Ron Rivera suggesting he wanted Heinicke to rely less on his scrambling and improvisation, and more on making safe plays and being a game manager.

On Monday, Rivera and his assistants brought in Heinicke and discussed what they wanted from the quarterback.

“You start to get kind of a cloudy mind like, ‘What’s going wrong?’ ‘Am I doing everything wrong?’ ‘What’s going on here?’” Heinicke said. “So it was nice to just sit down with the coaches, really clear things up and just have a new start.

“It’s a new week. You can’t change what’s happened the last two weeks. Let’s start with a clean slate this week and work to get better.”

Rivera suggested he encouraged Heinicke to use his playmaking ability more, something that will be essential if Washington is going to keep pace with the Packers.

But even amid the struggles, Rivera has been publicly supportive of Heinicke and given no indication that he’s considered pulling him for backup Kyle Allen, though if Ryan Fitzpatrick returns from injured reserve, that would likely be a tougher decision.

Shortly after Brett’s death, Taylor got a tattoo to remember him by. It has an angel and a quote from the book of John: “Now is your time of grief, but I will see you again and you will rejoice, and no one will take away your joy.”

Taylor’s joy is still evident as is his gratitude.

He said in the minutes before Sunday’s game he’ll think about not just Brett, but his mom, Diane, and others.

“When the national anthem is going, I really start thinking about all the people that have helped me get to this point and have molded me into the person I am today,” Taylor said. “[Brett] is the first one I think about. Whether it’s him, my mom, you know, my best friends, trainers, coaches, stuff like that. I think about them all. And I go out there and play for them.

“This week obviously more so, being in Lambeau Field against Green Bay. It might get a little emotional there at the beginning, but again, I’m just excited for this opportunity.”

Asked how his dad would feel about the past year, and a start at Lambeau Field, Heinicke smiled.

“His biggest thing was after every game, he told me how proud he is of me, and he’d give me a big hug,” Taylor said. “He had a signature bear hug. I know he would be doing the same thing today — more so this week.”

Then he added, with a laugh: “I mean, he would definitely be proud of the Bud Light sponsorship as well, as a big beer drinker. He’s going to be there on Sunday. He’ll crack one open and enjoy the game. So yeah, I’m excited for it.”

Something new is coming to the website Commanders.com. Will it involve the Washington Football Team?

The Washington Football Team will unveil a new name next Wednesday, and team officials hope a new stadium isn’t far behind.

U.S. House will start investigation into Washington Football Team the day after new name is announced

The Washington Football Team will announce its new name next Wednesday. On Thursday, the team will once again face its old problems.

Washington quarterback Taylor Heinicke and his father, Brett Heinicke (top left), were Packers fans when Taylor was growing up, with Taylor idolizing Brett Favre (bottom right). Ten years after his father died of a heart attack at age 50, Taylor will start at iconic Lambeau Field.

The Green Bay Packers were well represented during Halloween at the Heinicke house.