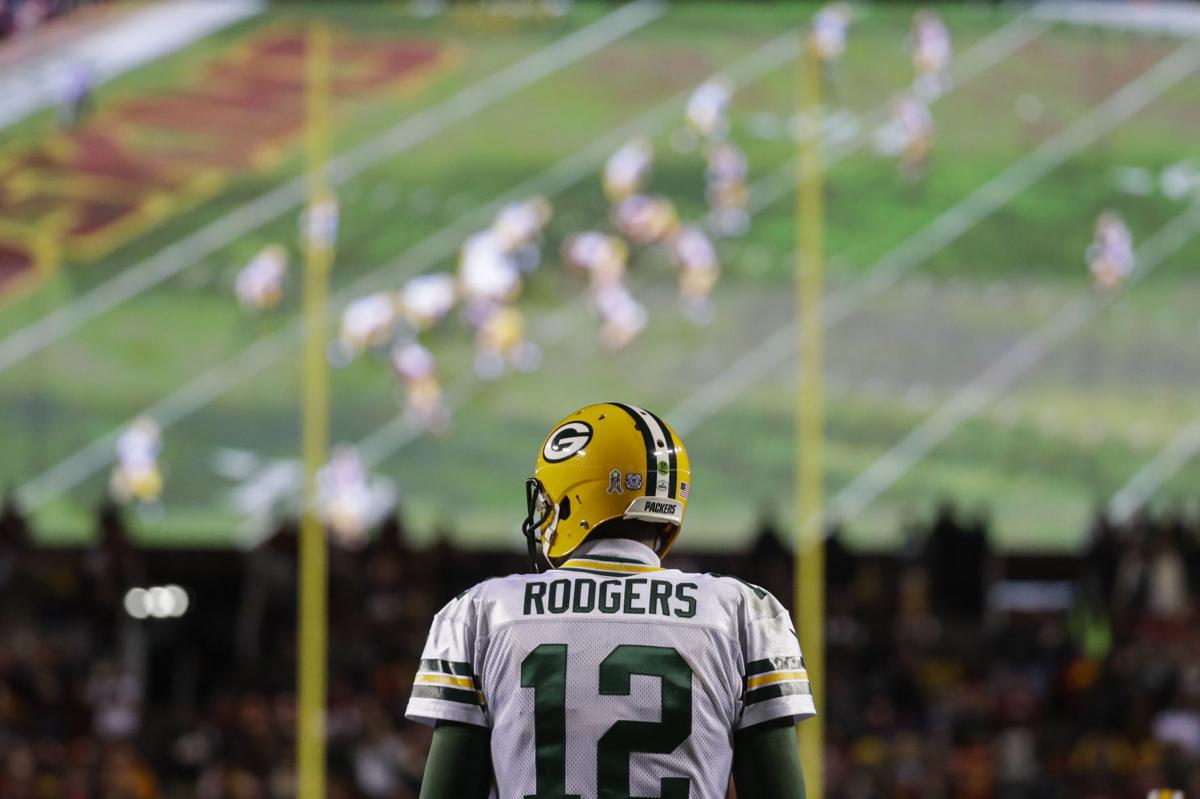 Green Bay Packers quarterback Aaron Rodgers looks toward the sidelines during the second half of an NFL football game against Washington on Sunday, Nov. 20, 2016. 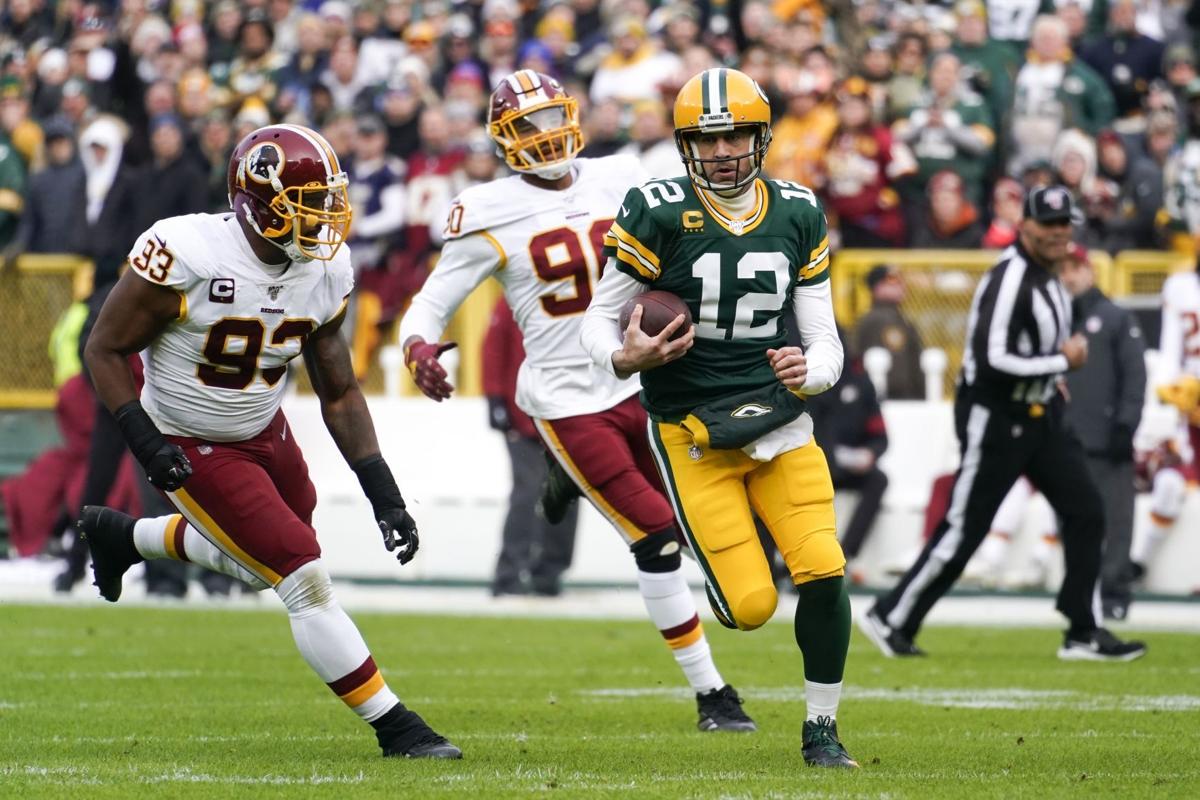 Green Bay Packers' Aaron Rodgers runs for a first down during the first half of an NFL football game against the Washington Redskins Sunday, Dec. 8, 2019, in Green Bay, Wis. (AP Photo/Morry Gash)

Washington enters the 2021 season with a solid plan at the quarterback position, led by veteran Ryan Fitzpatrick.

Of course, that's not going to stop anybody from very premature speculation on what 2022 might look like.

The biggest news in the NFL on Monday came from ESPN's Adam Schefter, who reported that Aaron Rodgers will agree to play for the Green Bay Packers this year in exchange for a number of concessions, including his release from Green Bay after the season to play for another team.

Rodgers will be 38 when the season ends, and like Tom Brady a year ago, will look to take one more shot at a Super Bowl ring. His services will be coveted by almost every team in football.

Like Brady, Rodgers will probably want to go to a team with a strong defense, some weapons on offense, and enough salary cap space to bring on other veteran players to push towards a title.

Rumors this offseason connected Rodgers with Denver, which fits that criteria, and there are plenty of other teams ready to do whatever it takes to land Rodgers.

But one team that checks all the boxes is the Washington Football Team.

Need another connection? Rodgers is a proud alum of Cal, as is new Washington coach Ron Rivera.

Rivera is a key piece of the puzzle - unlike past years, when owner Dan Snyder could unilaterally pull the trigger on a move like this one, Rivera calls the shots in the building now and would have to be comfortable with the risk it entails.

For one, Rodgers would have a certain degree of power - the same way the Brady was able to reportedly overrule coach Bruce Arians in Tampa to bring in Antonio Brown last year.

The move would also go against Rivera's philosophy of keeping a young roster, something he lamented not having done in Carolina.

But in the end, the real toughest obstacle would be the competition, as teams clamor to sign Rodgers.

Washington does have one carrot they can dangle that no other team can, though. The Football Team will be renaming next spring. The Washington A-Rods, anybody?

It wasn't necessarily the long hours, the cramped quarters or the high-pressure environment. More than anything, it was the rats.

Green Bay Packers quarterback Aaron Rodgers looks toward the sidelines during the second half of an NFL football game against Washington on Sunday, Nov. 20, 2016.

Green Bay Packers' Aaron Rodgers runs for a first down during the first half of an NFL football game against the Washington Redskins Sunday, Dec. 8, 2019, in Green Bay, Wis. (AP Photo/Morry Gash)