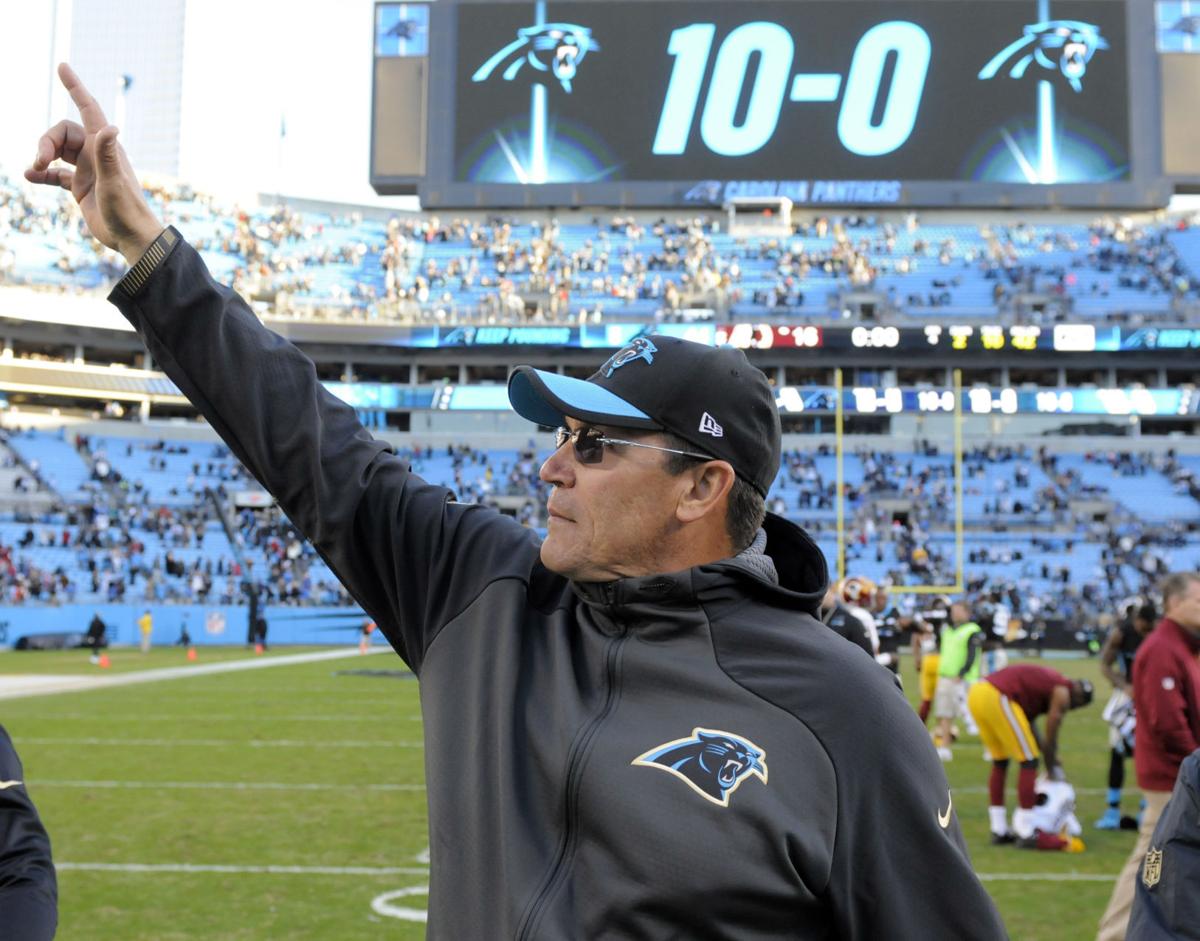 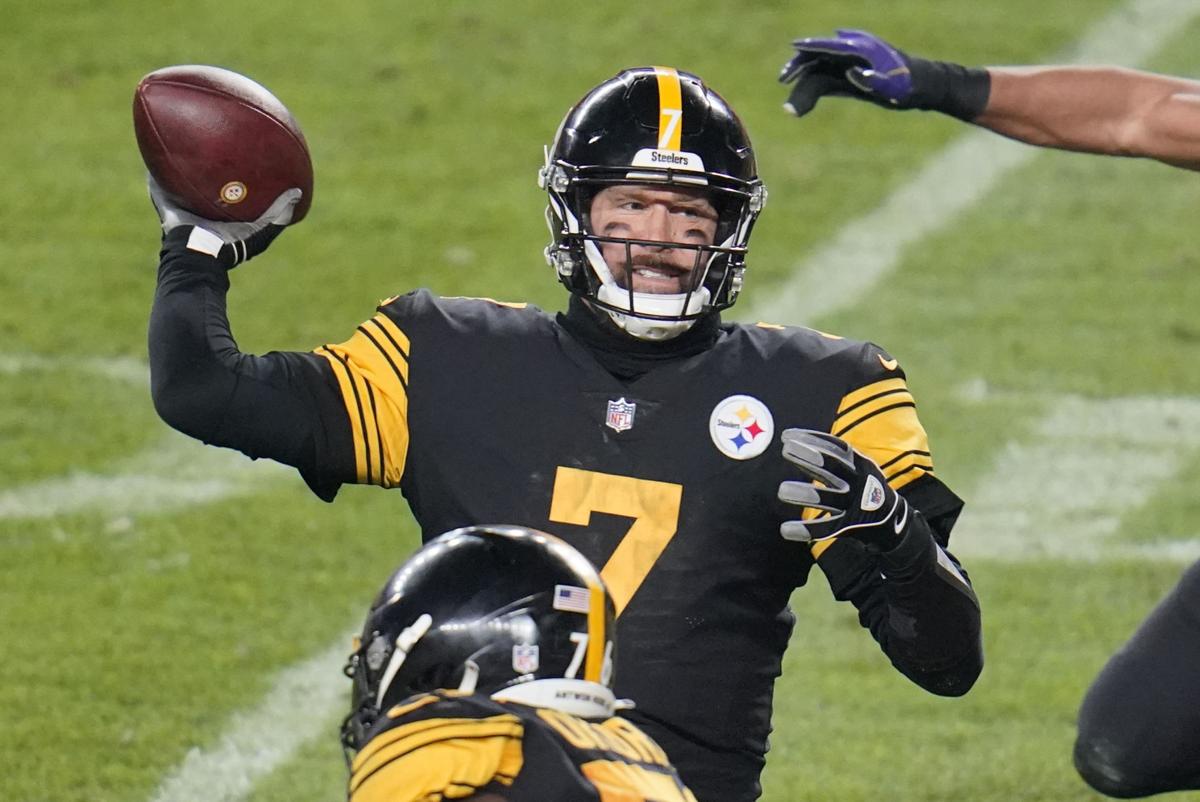 “Ben is a Hall of Fame player. I think the thing that has impressed me so much through the arc of his career is how much he’s developed.”

The pressure of an undefeated season continues to build for the 11-0 Pittsburgh Steelers, the same as it did for the 2015 Carolina Panthers.

Pundits sometimes speculate that it’s better for a team to lose once during the regular season — to not have to carry the burden of being undefeated into the playoffs.

“I’ll be honest with you, when we eventually lost, I was really disappointed, because I would’ve loved to have gone into the Super Bowl undefeated just to see what happens, to see if that changes anything,” said Rivera, whose Panthers ultimately lost in Week 16. “I’m not sure where coach Tomlin is, and I don’t want to speak for Mike, but I think that’d be pretty cool to be able to do that as a head coach. I would’ve loved that opportunity.”

Rivera is on the other side of Monday’s matinee matchup, trying to lead his 4-7 Washington Football Team to an upset of Mike Tomlin’s Steelers.

The pairing has been unkind to Washington in recent years — the Steelers have won six straight, and Washington’s last win was in 1991.

Washington’s advantage is that it hasn’t played since Thanksgiving, and expects to have a full, and rested, roster for the game.

“One of the things I’ve always felt is that sometimes when you get ready for an opponent, coaches spend way too much time worrying about how great the opponent is,” Rivera said. “Before you know it, you scare the crap out of your team.”

Tomlin is doing his best to keep his team from being complacent. He singled out Washington’s defensive line and rookie Chase Young for praise.

They’ll force Ben Roethlisberger to release the ball quickly, but as Tomlin noted, “that’s what we do anyway,” at least as Roethlisberger enters the twilight of his career.

Roethlisberger, 38, and Alex Smith, 36, are a fitting matchup in a year where veteran quarterbacks seem to be finding new life — their combined 74 years still leaves them 10 years short of the Tom Brady-Drew Brees matchup in November.

“Ben is a Hall of Fame player,” Smith said. “I think the thing that has impressed me so much through the arc of his career is how much he’s developed. As time has gone on, he’s done it so many different ways.

“When he was a young guy, he made so many ad-lib plays and so many with his legs, the pump fakes, the breaking tackles. In the last five years or so, to see how prolific he’s become from the pocket and how good that part of his game is, how elite it is.... Then to come out firing 11-0 — it says a lot about him, not only as a player but I think the work ethic, the mindset that goes into that.”

Smith has done some evolving of his own in his return from a leg injury in 2018.

Without preseason games and only limited playing time this year, he’s still learning how to most effectively scramble and buy time on plays when he can’t make a quick decision.

While taking sacks is never encouraged, for Smith it might represent a better outcome than the alternative — a game-changing interception or other turnover, which has been a Steelers specialty this season.

As Washington gets its turn to attempt to slay the undefeated beast, Smith echoed his coach’s words, emphasizing that the Football Team won’t take the field scared this afternoon.

“Nobody, I think, is thinking anything other than going out and winning and dominating and executing each and every play,” the quarterback said.

“Certainly, you watch the film and these guys present a lot of problems and have a lot of good players. I think you prepare yourself to go out there and execute.”

Dale Earnhardt Jr. will run in the NASCAR Xfinity Series race at Richmond Raceway on Sept. 11 in remembrance of the 20th anniversary of the 20…

Washington spent its third-round picks on Canada-born Minnesota cornerback Benjamin St-Juste at No. 74 and North Carolina receiver Dyami Brown at No. 82.

The pitchers are typically ahead of the hitters early in the season. Hartford pitchers were ahead of Richmond batters Tuesday night in the Fly…

“Ben is a Hall of Fame player. I think the thing that has impressed me so much through the arc of his career is how much he’s developed.”