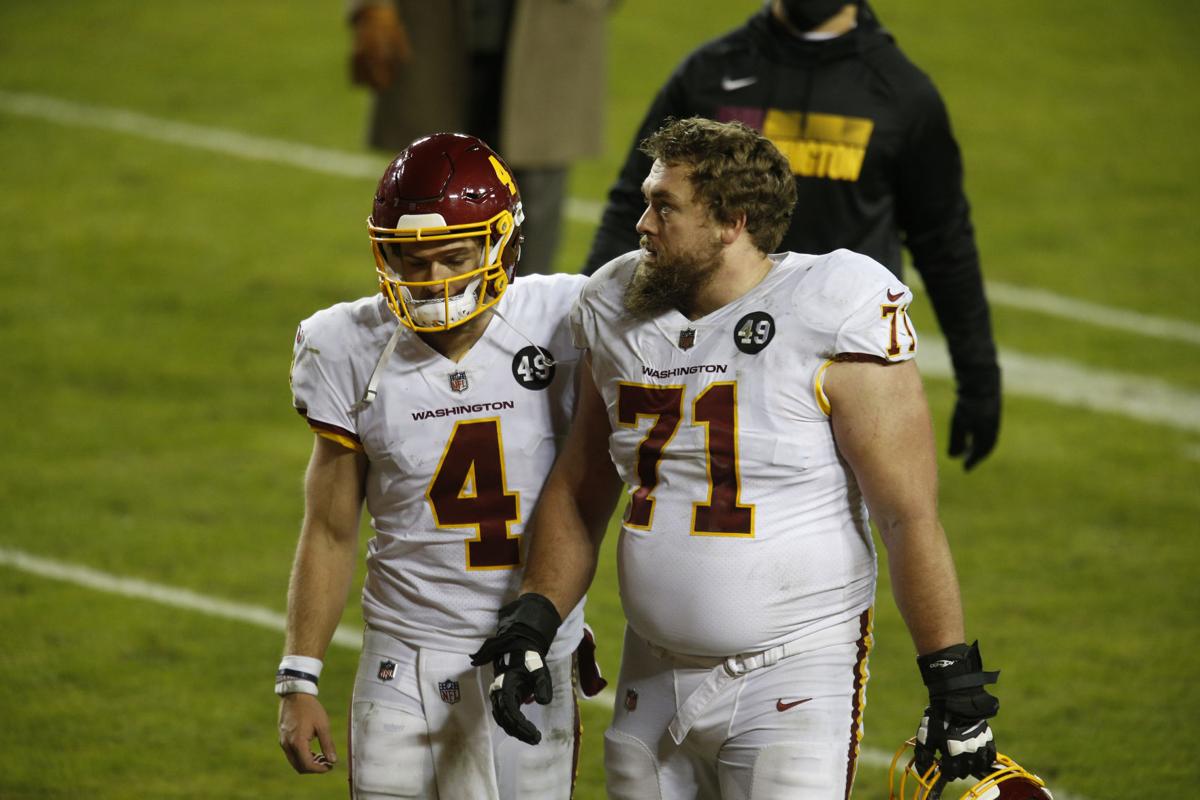 Washington quarterback Taylor Heinicke (4) and teammate Wes Schweitzer may have appeared disappointed after Saturday night’s playoff loss to Tampa Bay, but the team’s improvement in the 2020 season has brightened its outlook for next season. 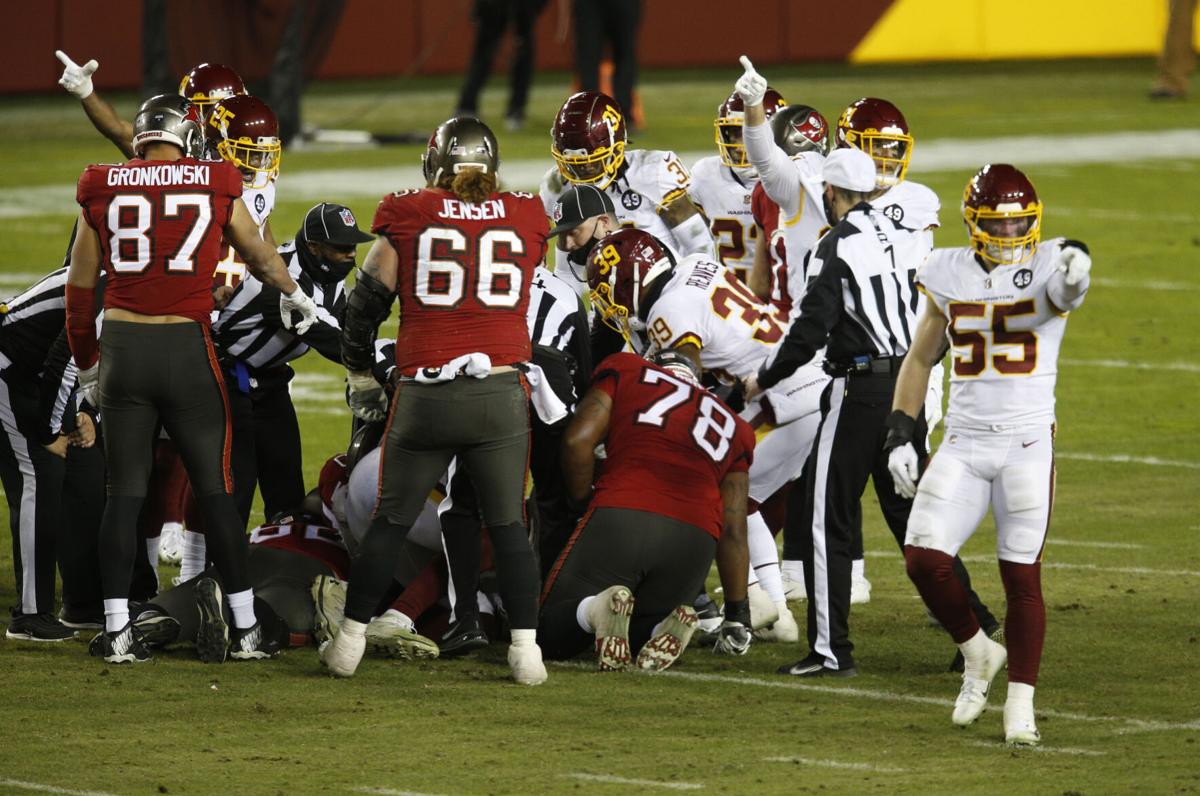 Cole Holcomb (55) and other Washington defenders signal their recovery of a fumble in the second half of a playoff game against Tampa Bay. 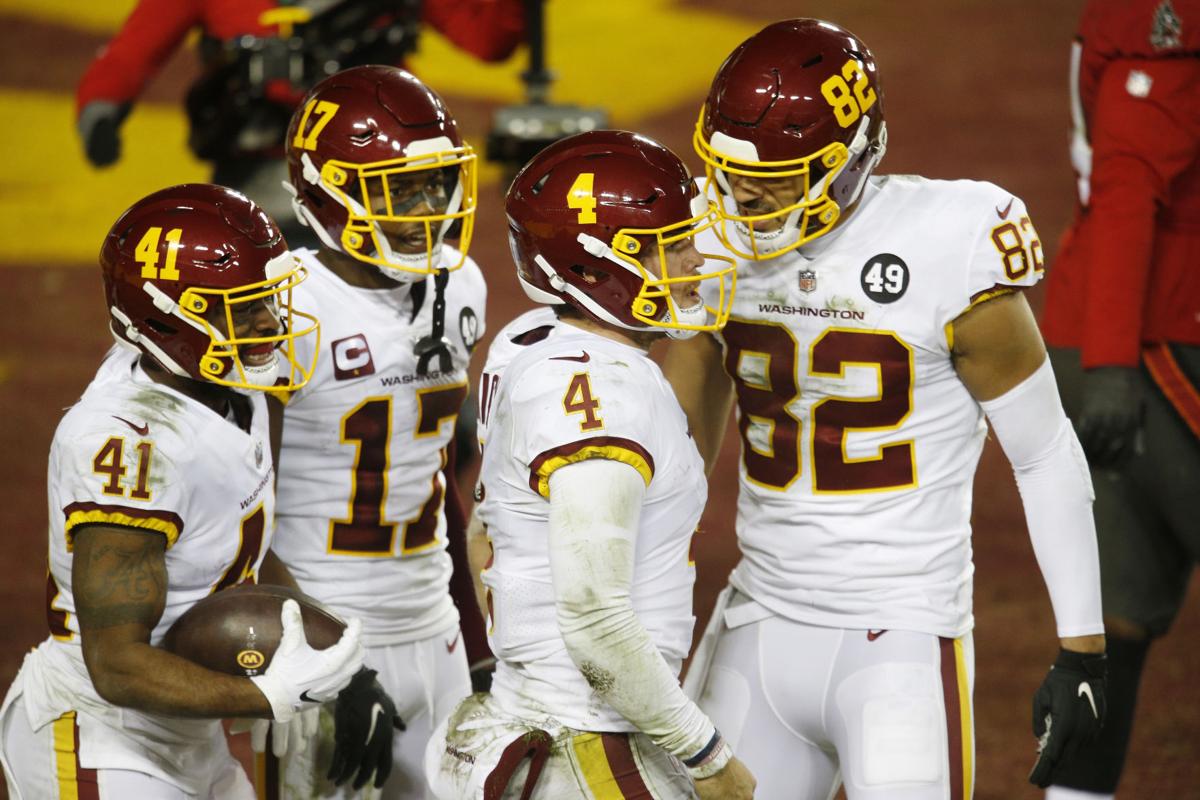 Washington suited up five quarterbacks this season, none of them likely to be the answer going forward.

Its wide receivers, with one exception, forgot how to catch the ball in two of the season’s most pivotal games.

The defensive line might be the best in football, but it also goes missing at times.

And yet, Washington’s players, fans and coaches enter the offseason feeling the best they have about the Football Team in years, maybe decades.

It starts with new coach Ron Rivera, who was lauded by players on Sunday for helping engineer a turnaround in culture and approach inside the building, turning a three-win team into a seven-win team in an offseason when only a handful of practices and meetings were allowed.

“I can recognize when a good thing is starting to happen,” said linebacker Kevin Pierre-Louis, who was in Seattle during the Seahawks’ ascent. “I can truly recognize this organization is headed in the right direction.”

Rivera’s success started with a knack for getting the most out of unheralded talent.

Running back J.D. McKissic, tight end Logan Thomas, safety Kam Curl and others went unwanted by the rest of the league, but became solid NFL starters under Rivera’s tutelage.

Washington’s challenge now is to take the next step forward, which means improving at key positions and finding a way to get more consistency out of the talent already in place.

“We got to the playoffs, and everybody’s excited about that,” Rivera said. “That’s great. But that’s not the goal. The goal is to win the Super Bowl. Being on the way up is referring to the fact that we’re still rising. We’re still working to get to what our ultimate goal is.”

The top priority will be finding a quarterback.

But Heinicke, Alex Smith and Kyle Allen all have durability concerns, and a sinking salary cap will probably send a handful of highly regarded veterans into free agency, which could be to Washington’s benefit.

On Sunday, Smith said he’d take a few weeks before deciding his future. He said he “had so much fun this year,” but added that his family has been through a lot. His contract has no further guaranteed money, so there would be no significant salary-cap consequences to a retirement or release.

The Football Team will also be seeking a No. 2 receiver to complement Terry McLaurin.

The good news on that side of the ball is that the offensive line exceeded expectations, McKissic and Antonio Gibson are a formidable running back combination, and Thomas got better at tight end each week.

If the preseason knock was a lack of offensive talent, the final verdict is a group that won’t be confused for the ‘72 Dolphins, but can hold its own in a system that has had NFL success.

“There were a lot of great things,” Rivera said. “I just know there’s going to be continued growth. I’m excited for the future of our offense as well.”

On defense, the top needs are at linebacker and in the secondary.

When Tom Brady was able to get time in the pocket, he was almost always able to find an open receiver on Saturday night. While Ronald Darby was a pleasant surprise this season, and should be re-signed, Washington would benefit from an elite cornerback who can shut down top competition.

Rivera has also been open about his desire to improve at linebacker, an area where his teams have historically excelled.

But the line’s strength is undeniable, and in addition to Chase Young’s standout season, Daron Payne emerged as one of the league’s best interior linemen.

Washington fans can be excused for skepticism — the last two decades have brought an unending barrage of false hope. But they also don’t have to feel guilty about buying in to a young team that competed hard all season, and saved its biggest moments for its best games.

“We finished with the second best defense,” Young said. “If this is just Year 1, man, we can get crazy better. We’re not taking our foot off the gas.”

Washington quarterback Taylor Heinicke (4) and teammate Wes Schweitzer may have appeared disappointed after Saturday night’s playoff loss to Tampa Bay, but the team’s improvement in the 2020 season has brightened its outlook for next season.

Cole Holcomb (55) and other Washington defenders signal their recovery of a fumble in the second half of a playoff game against Tampa Bay. 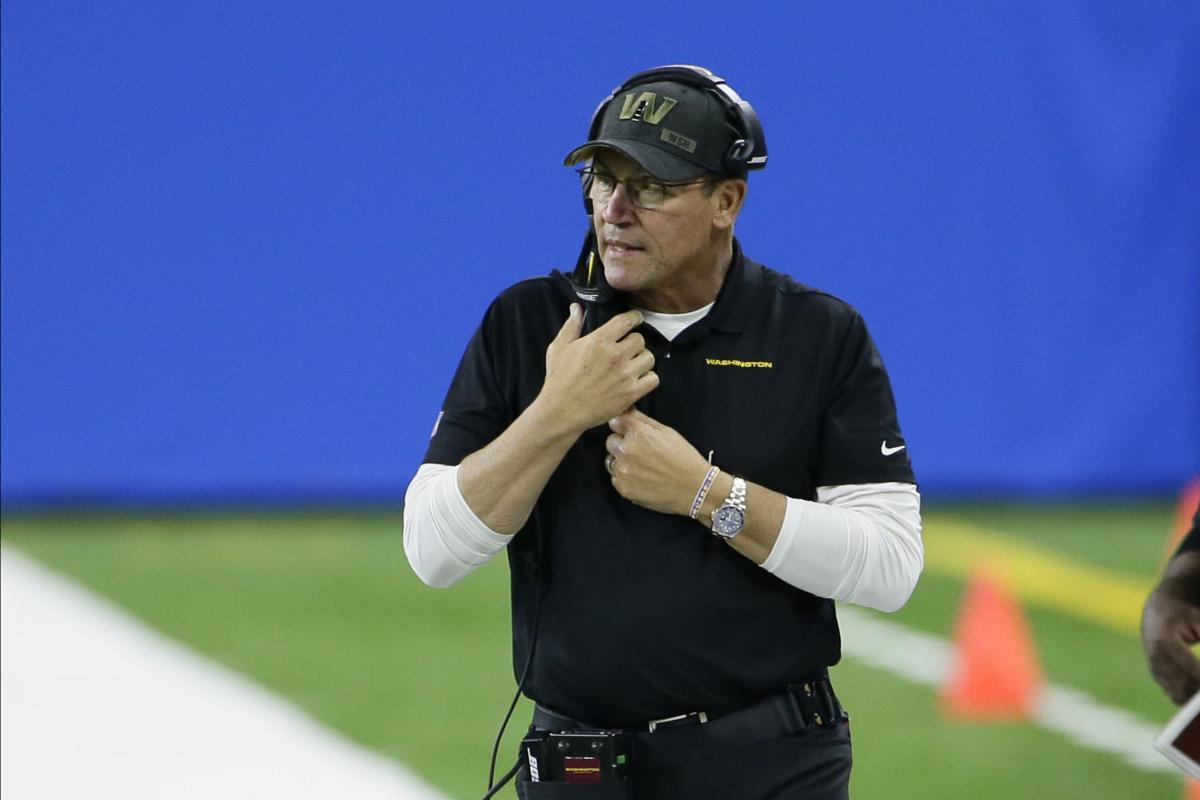