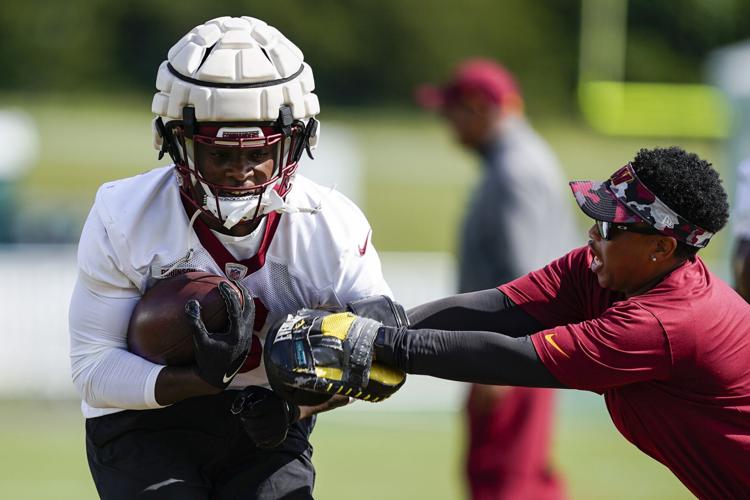 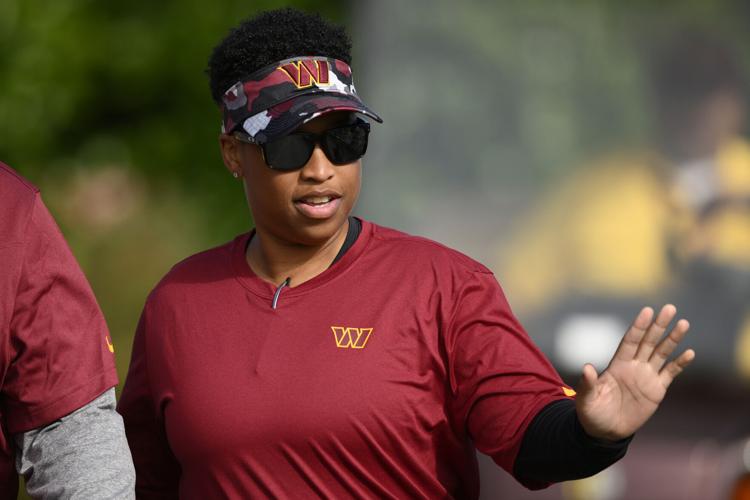 ASHBURN — From her time coaching basketball, Jennifer King knows how big the difference is between assisting and leading.

“Going from an assistant coach to a head coach, that one chair over is a world of difference,” she said.

King got to experience the football version of that this offseason. She was the running backs coach for top college prospects at the annual Shrine Bowl, an experience she enjoyed.

“It was special, and kind of unexpected,” she said. “To have the opportunity to work with that level of talent and have my own room was really cool.

“Just to kind of learn a new offense — we were with the Colts guys, so we ran a lot of Colts stuff. It was challenging, but it was fun.”

King is one of a growing number of women breaking down the gender barriers around the NFL. She is the assistant running backs coach for the Commanders, helping out position coach Randy Jordan.

But her head coach, Ron Rivera, wants her to keep an eye on the future, one that he hopes involves another promotion for her, whether it’s in Washington or elsewhere.

“That’s what you’re hoping for,” Rivera said. “You’re hoping that she continues to learn and grow. Every year, I think, we’ve given her more and more responsibility, to give her that opportunity.

“I think she’s done a great job, and it’s kind of exciting to see a woman get a true opportunity to grow and develop. Because I think there will be a full-time positional coach eventually. And shortly, too.”

Several NFL teams now have female assistants, but none currently “runs the room” as a position coach.

“I think any time you’re in that second seat, you have to be ready, because you never know,” King said. “So you know, I just always stay ready.”

King said she keeps a mental log of things she likes as she watches others ply their craft, so that she’s ready when the opportunity comes.

An accomplished player herself, she’s now retired from the Women’s Football Alliance, having won a championship during her playing career.

“I thought I would miss it, but I didn’t miss it,” she said. “I still like to play, flag (football) gets me my fix. But yeah, I’m happy with my decision. Had a nice career, won a few championships, and got invited here.

Part of why she hasn’t missed it is her work in Washington, which is keeping her plenty busy.

Jordan and King are working with rookie back Brian Robinson, and return two of last season’s top producers for Washington in Antonio Gibson and J.D. McKissic.