Subscribe
Read Today's E-Edition
Share This
Commanders have drawn up plans for Loudoun stadium complex, but have not yet acquired the land
0 Comments
Share this
1 of 4 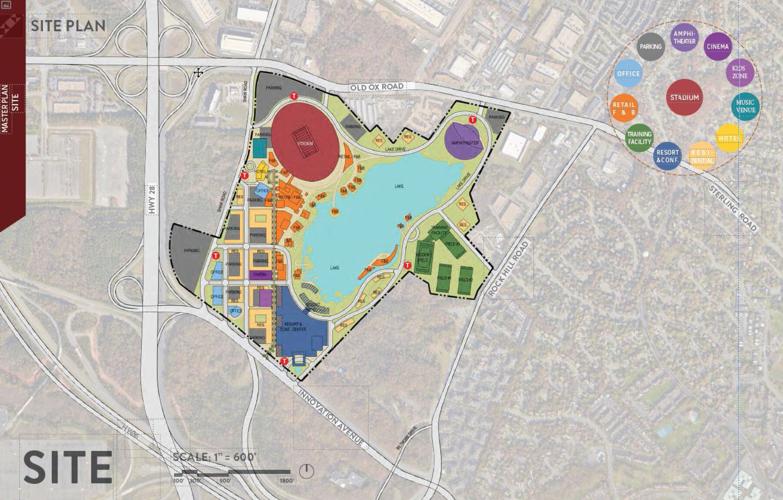 A site plan for a potential Loudoun stadium site for the Washington Commanders. 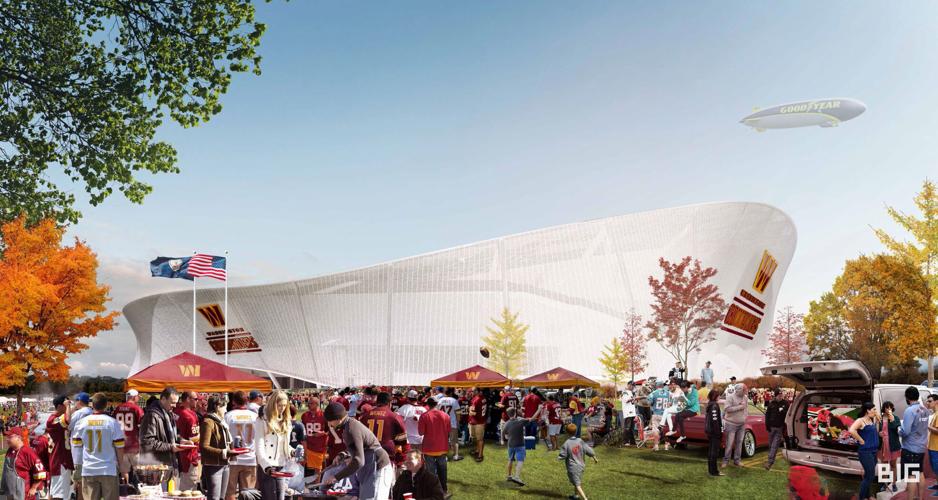 Rendering of a potential Commanders stadium in Woodbridge.

Renderings of potential office space near a Commanders stadium in Woodbridge. 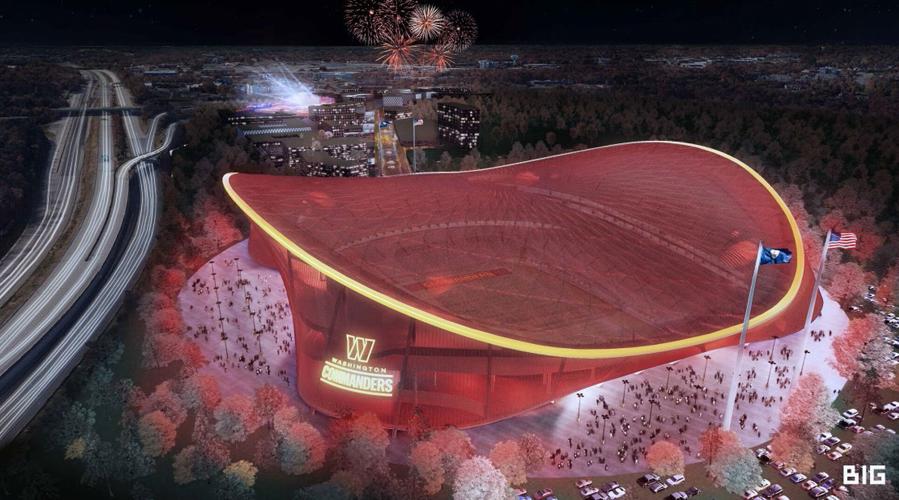 A rendering of a potential new stadium in Woodbridge is shown above. The proposed site’s proximity to Interstate 95 makes one wonder about the nightmare of future gameday traffic.

The Washington Commanders have drawn up plans for a second potential stadium site, this one in Virginia’s Loudoun County, according to renderings obtained by the Richmond Times-Dispatch.

The site would be the current location of a rock quarry run by Chantilly Crushed Stone, and would sit northeast of Washington Dulles International Airport, next to Metro’s new Silver Line service.

It’s a site that has been at the center of development talks for years, as the county has urbanized, and a mixed-use development referred to as “Waterside” has long been rumored for the space — with the filled-in quarry providing the lake that would be the centerpiece of the development.

However, unlike the Woodbridge site that was unveiled earlier this week, the Commanders have not yet secured the land.

The Washington Business Journal reported Monday that the team made an offer on the land, but it was not accepted. The outlet cited a source as saying the team offered double what it paid for the Woodbridge land, or $400 million.

The fate of both stadium projects, as well as a third proposed site in Dumfries, is hanging on a vote by the Virginia legislature next week on a $350 million state subsidy to the team and its development efforts.

According to a source with knowledge of the team’s thinking, even though the $350 million represents a small slice of the $3 billion overall project, the team would not go through with a Virginia project without state support.

The bill in front of the legislature does not specify a site, and would give the team broad latitude to make that determination.

Early in the process, some Virginia legislators preferred the Woodbridge and Dumfries sites, because they provide broader access to the team to the rest of the state, but anecdotally, D.C.-area fans seem to prefer the Loudoun site for its Metro accessibility.

The proposed site is just minutes from the team’s current Loudoun headquarters.

The drawings show a modern stadium anchoring a mixed-use development around the quarry’s lake, with retail, office, residential and other development, including an amphitheater and conference center with resort hotel.

The Commanders have also done similar exploration of a stadium project in Landover, Md., at the site of their current stadium, FedEx Field.

Maryland has approved a $400 million subsidy for the infrastructure surrounding that project, with the caveat that it not be used to construct the stadium itself, which would cost an estimated $1 billion to build.

PHOTOS: Renderings of proposed new stadium for the Washington Commanders

Look for a much greater emphasis on private suites and club seating in RVA's next baseball facility.

“I was thankful and lucky for the opportunity to go over there, and it helped set me up to get back to the (U.S.) this year.”

'Loud and clear': Commanders do right by their fans in signing Terry McLaurin

With his new contract, Terry McLaurin's status as the team's most popular player is confirmed. Now, he's shooting even higher.

The former COO reported a sexual harassment allegation to Dan Snyder in 2018, and Snyder appeared to brush it aside.

"His refusal to testify sends an unmistakable signal that Mr. Snyder has something to hide."

Said Satchel Paige: “You win a few, you lose a few, some get rained out. But you got to dress for all of them.”

Commanders won't return to Richmond for training camp, will be based out of Ashburn with other regional events

The Washington Commanders will begin training camp on July 27, but it won't be in Richmond.

A site plan for a potential Loudoun stadium site for the Washington Commanders.

Rendering of a potential Commanders stadium in Woodbridge.

Renderings of potential office space near a Commanders stadium in Woodbridge.

A rendering of a potential new stadium in Woodbridge is shown above. The proposed site’s proximity to Interstate 95 makes one wonder about the nightmare of future gameday traffic.