Dallas Cowboys expected to have more than 30,000 fans at stadium for Thanksgiving game against Washington
0 comments
Share this
1 of 2 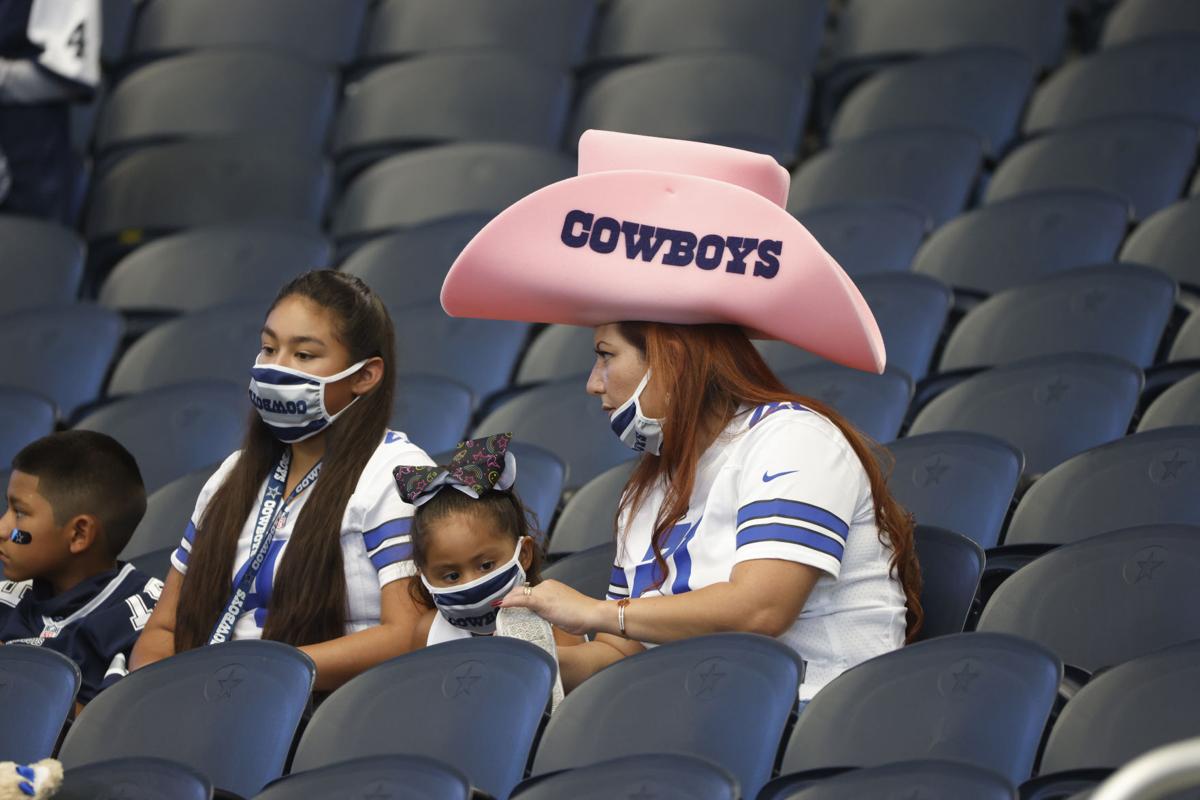 Cowboys fans have been allowed to attend home games in steadily increasing numbers during the pandemic. 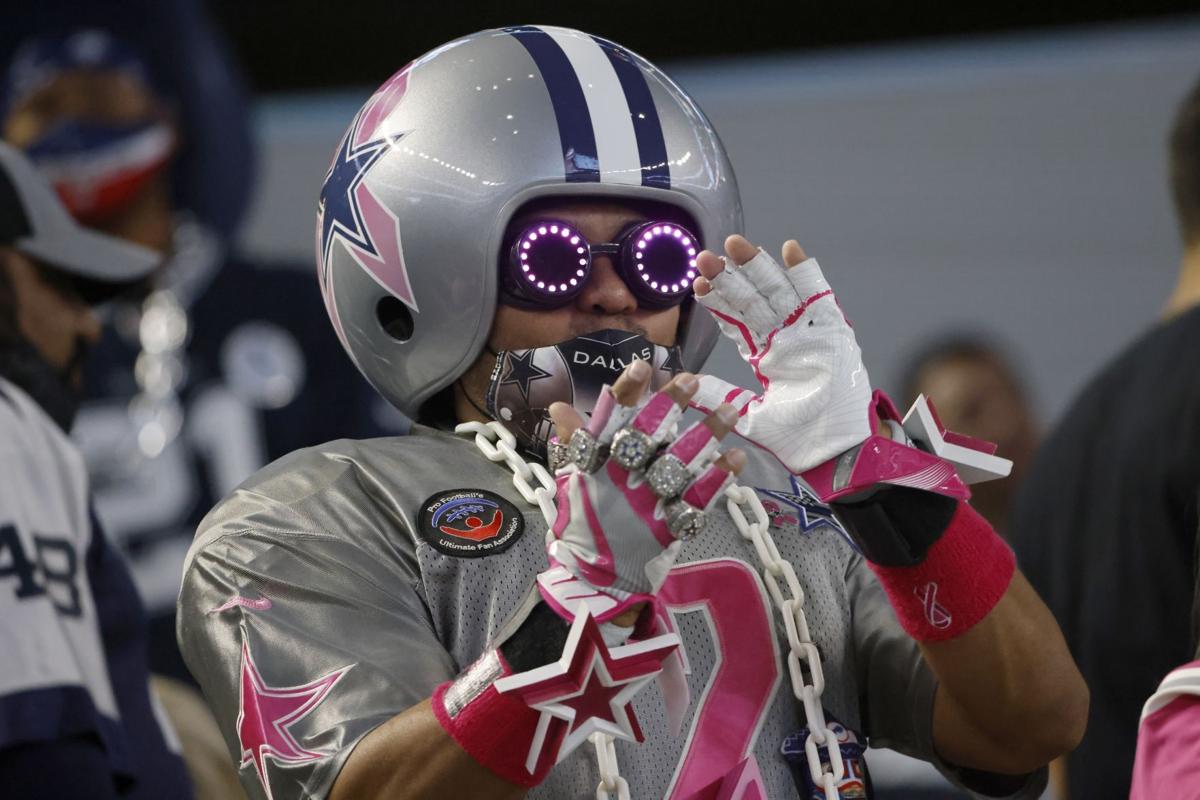 A Dallas Cowboys fan cheered in the first half of a home game against the Arizona Cardinals last month. The Cowboys have sold 31,700 tickets for their Thanksgiving game against Washington. Dallas has been steadily increasing the number of fans allowed to attend Cowboys games amid the pandemic.

Thanksgiving won’t look exactly the same for the Dallas Cowboys, but it will have more than a passing resemblance to past seasons.

Country star Kane Brown will perform at halftime to kick off the Salvation Army’s Red Kettle fundraising campaign, and he’ll do so in front of thousands of fans.

The Cowboys sold 31,700 tickets to their game two weeks ago against Pittsburgh, believed to be the most of any American sporting event during the coronavirus pandemic.

Cowboys owner Jerry Jones said in his weekly radio appearance on 105.3 The Fan in Dallas that he wants to keep increasing that number.

“My plan was to increase our fans as we went through the season, and we followed that plan,” Jones said. “We’ve had almost a third of the attendance in the NFL — the whole NFL. I’m proud of that.”

Jones said he was “not being insensitive” to the pandemic. He said no cases of the virus have been traced back to attendance at Cowboys games.

Tarrant County, Texas, has noted eight positive COVID-19 cases where the person attended a Cowboys game, but said the cases cannot be directly tied to those games.

“It has everything to do with our facility in my mind,” Jones said. “We have air circulation in that facility that’s three or four times the standards of operating rooms. And then the circulation in the stadium, especially with your roofs and doors open and that type of thing.

“So, my whole point is that all of that, we not only are fitting the guidelines, but we’re also enjoying a very safe experience for our fans out there.”

Fans aside, the game occupies a special place in American culture, and as the Washington Football Team practiced on Tuesday, players spoke about how excited they are to play in the showcase event.

“We would always play in the backyard on Thanksgiving — throw ‘em up, bust ‘em up,” running back J.D. McKissic said of his legendary family battles. “Then to play on Thanksgiving in the National Football League, that’s special.”

Washington is hoping the good vibes extend to the flight home, which hasn’t been the norm.

The Football Team is 1-8 in Dallas on Thanksgiving, the lone exception being Robert Griffin III’s breakout performance in 2012.

Washington receiver Steven Sims knows a big game on Thursday, which is annually the highest-rated TV broadcast of the regular season, can go a long way.

“That’s the game you make your name in,” Sims said. “That’s what we live for. Especially me.”

Even Washington coach Ron Rivera couldn’t help but get caught up in the rivalry excitement.

Dallas coach Mike McCarthy gave a pregame speech to his team last week in which he smashed watermelons with a sledgehammer to get them fired up to play the Minnesota Vikings, a game they won.

Rivera was asked on Tuesday about his team’s habit of slow starts, and used the opportunity to take a jab.

“I mean, I could bring a sledgehammer and smash pumpkins,” Rivera said with a laugh.

Dan Snyder is buying an additional 40% of the Washington Football Team. Here's what it does, and doesn't, mean.

An NFL spokesman said the purchase does not impact the ongoing investigation into sexual misconduct in Washington, calling it "two separate matters."

Cowboys fans have been allowed to attend home games in steadily increasing numbers during the pandemic.

A Dallas Cowboys fan cheered in the first half of a home game against the Arizona Cardinals last month. The Cowboys have sold 31,700 tickets for their Thanksgiving game against Washington. Dallas has been steadily increasing the number of fans allowed to attend Cowboys games amid the pandemic.