DeAndre Carter's NFL journey has taken him to eight teams. Is he about to make an improbable run to a roster spot in Washington?
0 Comments
Share this
1 of 2 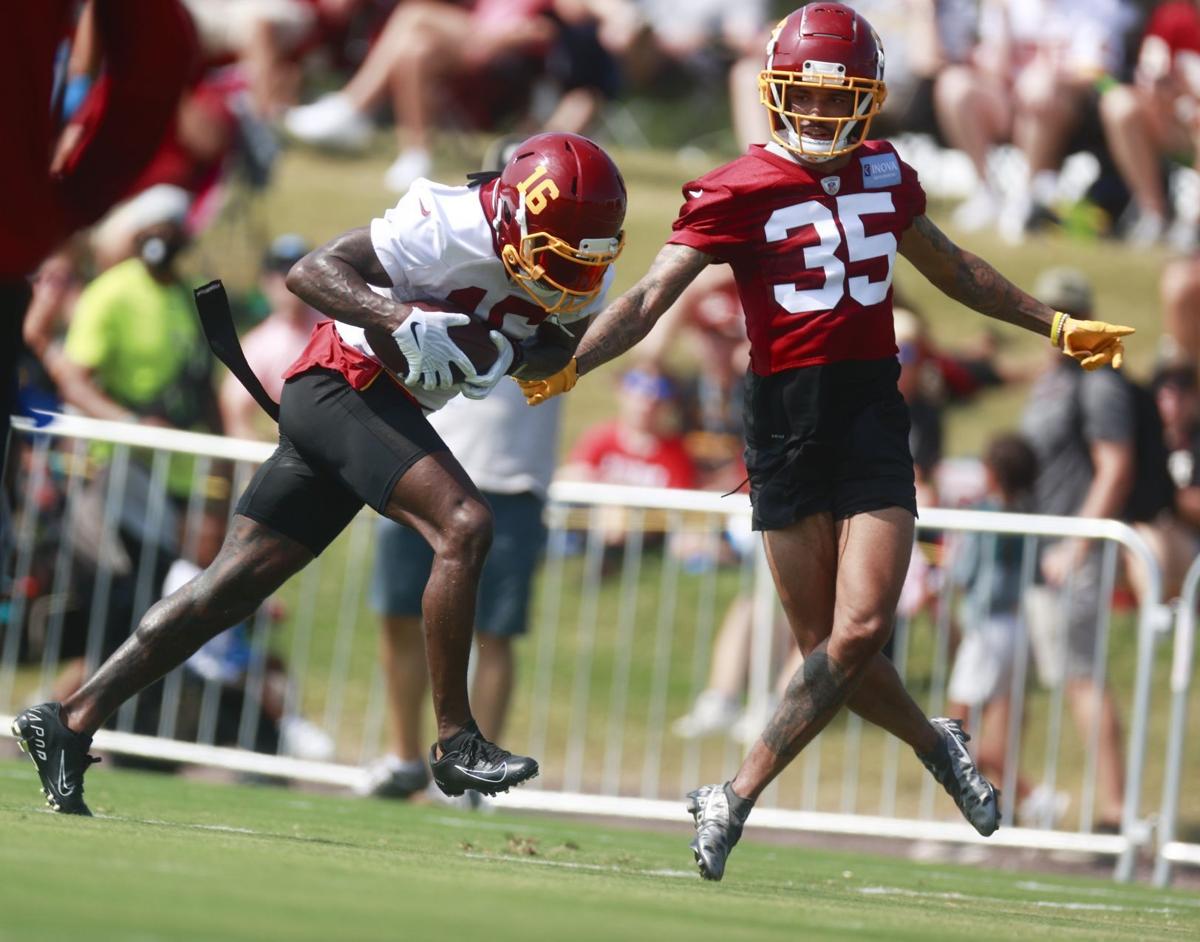 Washington Football Team wide receiver DeAndre Carter hauls in a catch past defensive back Torry McTyer during the third day of training camp. 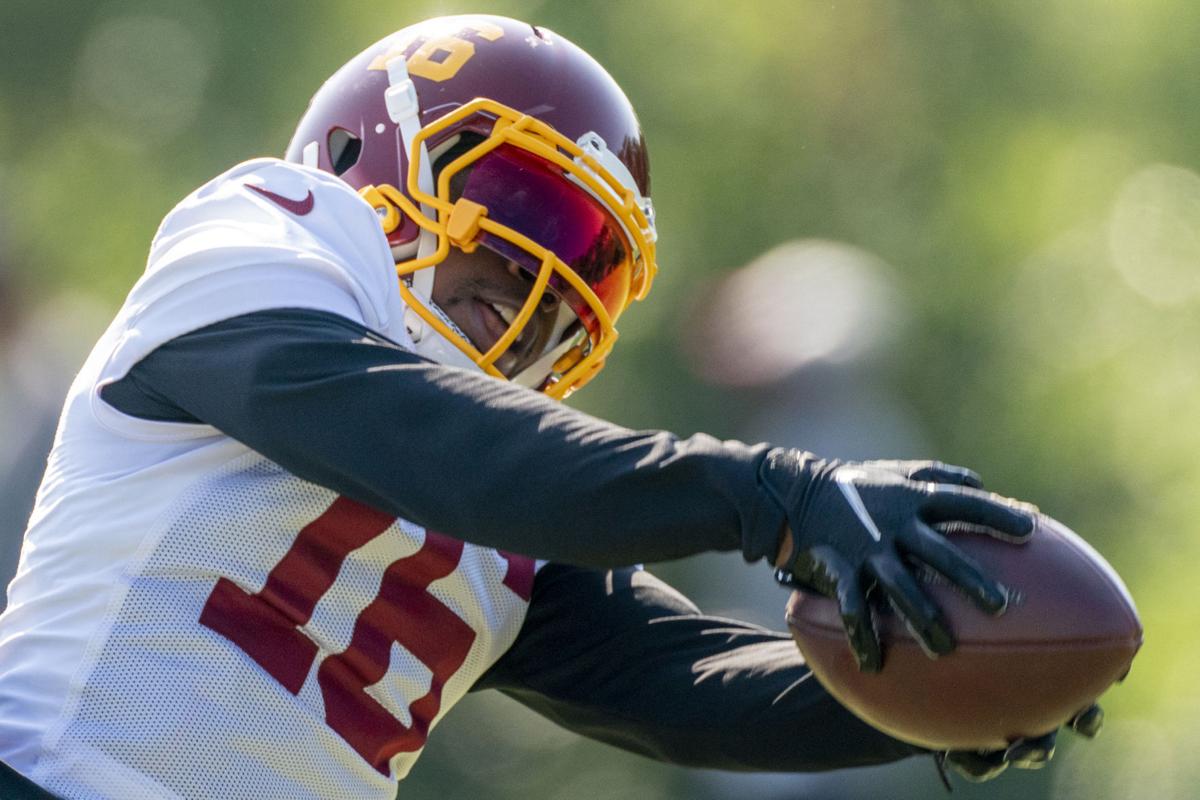 Washington wide receiver DeAndre Carter is 5-foot-8, but notes that one of his favorite Washington players, Santana Moss, also was a short wideout.

Now, two decades and almost as many teams later, he’s hoping the Washington Football Team is his ticket to another year in the NFL.

Carter has been with seven other NFL teams, filling a role that’s increasingly rare — return specialist. He’s also a wide receiver and will play both positions Thursday when Washington starts its preseason in New England, another place Carter has played.

The climb to a roster spot is steep for Carter. Teams traditionally take six wide receivers, and Washington’s room is brimming with talent, leading to speculation about which talented players might be cut loose.

But Washington also doesn’t have a reliable option at punt or kick returner, and several of the players who have filled that role (CB Danny Johnson, WR Steven Sims) are on the roster bubble themselves.

The Football Team has struggled with the position since the departure of Brian Mitchell. In the modern NFL, it’s tough to devote a roster spot to such a specialized role.

But special teams coach Nate Kaczor heaped praise on Carter and his abilities, calling him a “comfortable veteran” who knew how to track and catch the ball.

“He’s a fun player to be around,” Kaczor said. “The positive of that, of having a good personality, is when you’re a runner, those blockers, even if it’s subconscious, really enjoy blocking for you.”

Carter knows performing well as a receiver will be just as important as he tries to win a job, and said he’s “100% confident” in his abilities to do so.

He’s been a football fan since his youth days, and said one reason he’s excited to be in Washington is because one of his favorite players was Santana Moss.

“Obviously, I’m shorter,” the 5-foot-8 Carter said. “You know, he’s not the biggest guy either. And he was able to play inside, play outside, go up top, run short routes. He had a complete game and a phenomenal career. And I feel like we play kind of similar. So that’s why I like him.”

But Carter’s hopes sink or swim on whether Washington feels it’s important enough to have a return specialist, and whether he brings enough to the role.

He averages 21.8 yards per return on kickoffs, and 9.3 yards per punt return, but has never taken one back for a touchdown.

“I think you’ve got to be fearless back there,” he said. “You’ve got to take some chances. First ball security, obviously ball security is job security, but then you got to be able to make big plays, make explosive plays, and, you know, be exciting back there. I think that’s one of the plays that can drastically change the momentum of the game, a punt return for a touchdown or a kick return for a touchdown.”

He’s also benefiting from a recent trend of NFL kickers trying to force returns from the 1-yard line, instead of settling for touchbacks as they have in past years.

Rivera was asked about Carter’s chances, and noted that the team might decide it needs a dedicated returner so he doesn’t have to worry about finding that skill set elsewhere.

“To have a dual returner [punts and kickoffs], it gives you more flexibility with your game-day roster,” Rivera said. “He can play the slot if you get into a situation, he can also play the X receiver. So again, there is that position flex that we talk about. He’s a guy that also runs well with the ball in his hands.

“Looking at what we do offensively, he’s more than a fit in terms of looking for a guy that can do those types of things.”

Washington Football Team wide receiver DeAndre Carter hauls in a catch past defensive back Torry McTyer during the third day of training camp.

Washington wide receiver DeAndre Carter is 5-foot-8, but notes that one of his favorite Washington players, Santana Moss, also was a short wideout. 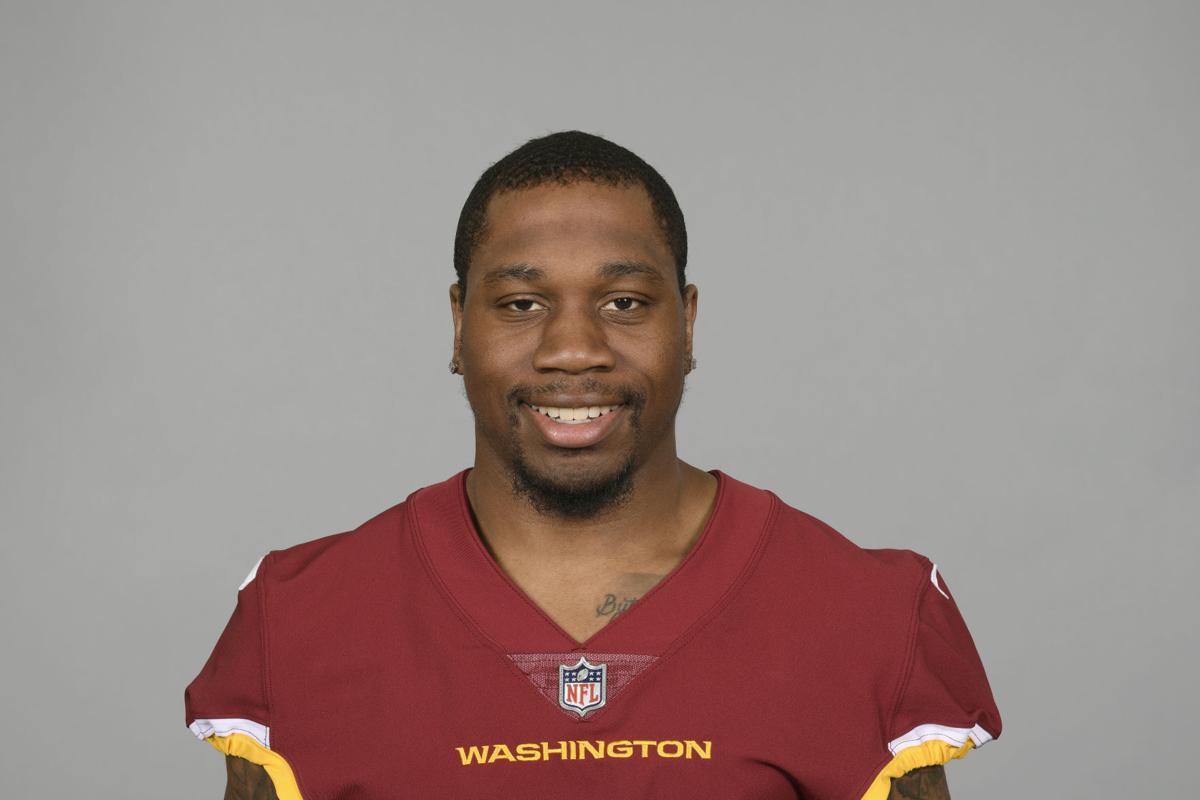 DeAndre Carter will try to show off his return and wide receiver skills against New England.