Subscribe
Read Today's E-Edition
Share This
Entering his third year, Antonio Gibson is leaner, quicker, and finally has another talented back alongside him
0 Comments
Share this 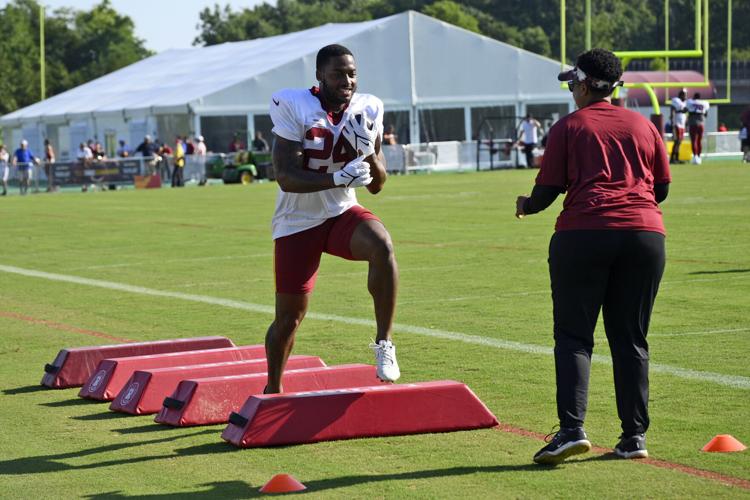 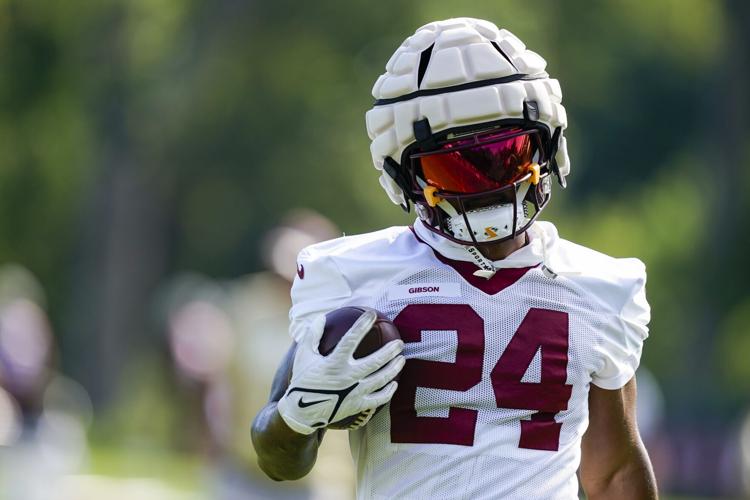 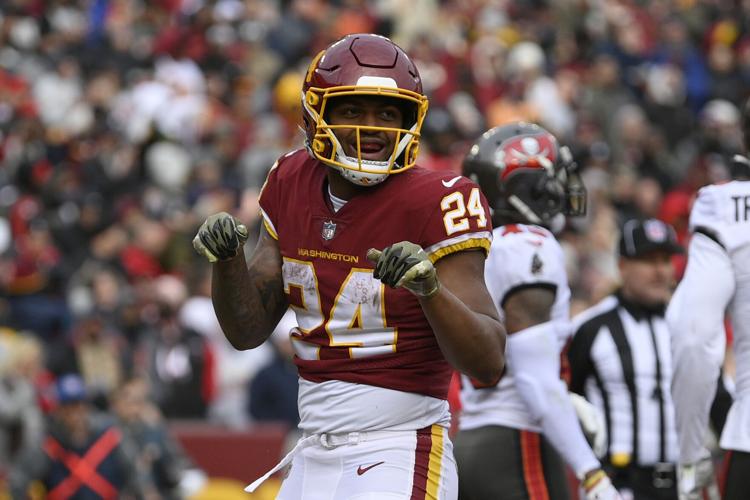 Washington’s Antonio Gibson had the fourth-most carries in the NFL last season with 258, along with 42 catches. The Commanders are hoping to cut down that workload with the addition of rookie Brian Robinson.

Antonio Gibson has been the picture of serenity at this year’s training camp.

He handles a limited workload during practices, then often brings his 1-year-old daughter out on the field after to run around.

Gibson’s 2021 was the opposite of peaceful — he handled a monster workload while also fighting through injuries and, by his admission, playing above his ideal weight.

Now he’s hopeful a leaner body will help him better survive the rigors of a full season, as he’s dropped about 10 pounds ahead of his third NFL campaign.

“It’s Year 3, I feel like I got the reps that I needed these past two years,” he said. “I made the mistakes that I have made and I learned from them. I just feel confident going there. I’m relaxed out there. I know what I’m doing. So it feels good. Feels real good.”

Gibson had the fourth-most carries in the NFL last year, 258, a workload only a fantasy football aficionado would love.

He added 42 catches on top of that, making him one of the most productive skill players in football. Part of that, though, was Washington’s need to rely on him because no player emerged who could run the offense as adeptly.

This year promises to be different, with rookie Brian Robinson already showing explosiveness during training camp and the hands to run Gibson’s pass-catching routes.

Most players would bristle at having some of their touches taken away, but at running back a balanced workload can be a beautiful thing, and Gibson said he wants to focus on getting more out of each of his carries and catches.

“If you come in heavy, it takes a little bit longer to get in shape. Coming in fit like he is, that transition has been really good,” the coach said, adding that Gibson looked “pretty spry” in early work.

“The one thing these guys have to understand is as you get aged in this league, your body changes and certain demands come. I think now, as he’s getting older, this is his third year in the NFL. You want him to understand how important it’s to be in shape and stay in shape.”

Gibson’s reduced workload is part of a plan devised with the training team, though he was held back more than anticipated after hamstring tightness early in camp that he blamed on dehydration.

The coaching staff has no interest in taking chances with a key cog of the offensive machine.

“This year, my goal is to get through the season injury-free,” Gibson said. “That’ll be my biggest goal, to play a healthy season. I feel like it helps out a lot. But the explosiveness, of course if you are lighter ... you get in and out of cuts quicker, you can go the distance.”

Washington’s Antonio Gibson had the fourth-most carries in the NFL last season with 258, along with 42 catches. The Commanders are hoping to cut down that workload with the addition of rookie Brian Robinson.