Football Team observations: I watched an NFL game in an empty stadium. It was weird.
0 comments
Share this
Return to homepage × 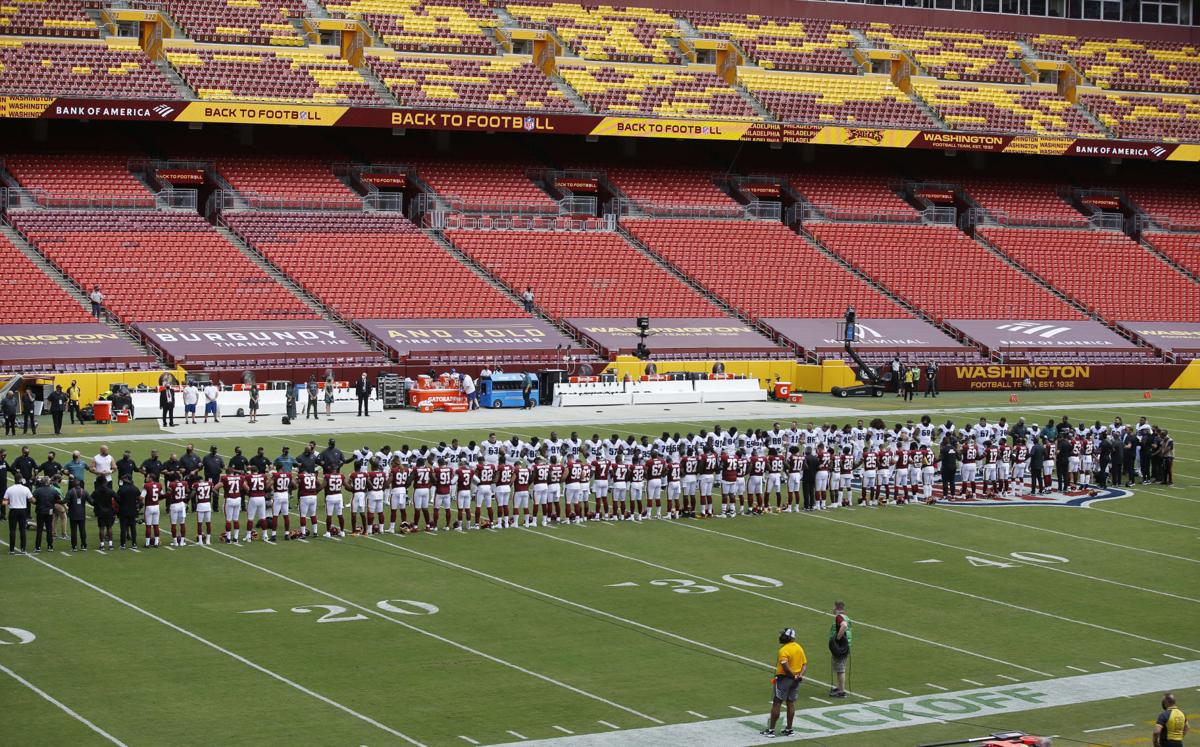 Washington and Philadelphia line up together to show unity before Sunday's game. 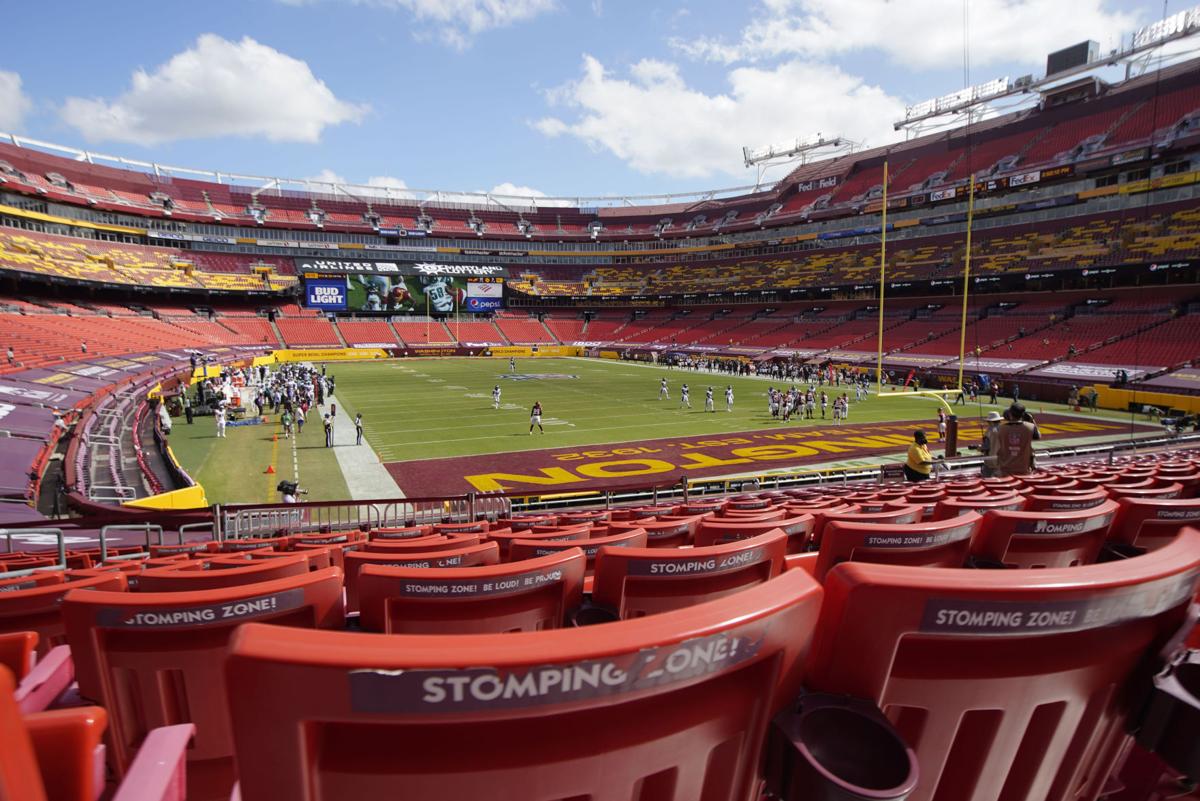 The communal experience of an NFL game was absent with the empty seats at Fedex Field for Sunday’s Philadelphia-Washington season opener.

Washington tight end Logan Thomas (82), a former Virginia Tech quarterback, celebrated his touchdown against Philadelphia on Sunday with quarterback Dwayne Haskins in the first half.

It’s a play I’ve seen attempted often in peewee football. Can’t say I’ve ever seen it at the NFL level.

As the Philadelphia Eagles punted the ball in the second quarter on Sunday, the Eagles standing on the sideline yelled at Washington returner Steven Sims as he prepared to catch it.

So it went at most stadiums across the league on Sunday, as the NFL played in front of empty stadiums and players discovered they needed to provide their own energy.

In Washington, a handful of lucky media members were permitted to watch, after affirming their commitment to safe living in these dangerous times.

From my perch in the corner of FedEx Field, it was the same game it’s always been — the world’s best athletes, flying around and hitting each other at unthinkable speeds.

It was what happened after the play, though, that was jarring: nothing.

Football is a communal experience, and after a big sack, Washington linebacker Ryan Kerrigan turned to the empty seats to do his signature “heartbreak kid” flex. Instead of the roar of the crowd, there was the faint hum of white noise.

(Viewers at home were treated to a soundtrack crowd created by NFL Films, in a mostly successful attempt to normalize the experience.)

It didn’t impact the quality of play or the excitement of the game, but it made things less fun, not sharing the moment with thousands of others who appreciate the game.

After Washington’s win, the team charged into the locker room, fired up. The only noises in the stadium were some celebratory music and the clapping of a single security guard.

Some credit to the sound operator at FedEx Field. When Philly came running onto the field, the sound of crickets chirping was played. Also, big Dwayne Haskins plays are now accompanied by “Lion King” music —

"I wanted to give our guys something to have a little enthusiasm about. That's why I elected to take the points."

It's a more pressing issue for Rivera, who strongly prefers his team practice outside, even in the elements.

McElroy: Let's salute Ryan Kerrigan, one of the best the NFL has to offer

No buffets, no visitors and jersey swaps by mail as Washington players hit the road

As is their custom, the Washington Football Team traveled to Arizona after Friday’s practice to avoid a long flight right before Sunday’s game.

BRISTOL, Tenn. — Feeding off one of the largest crowds at a sporting event during the pandemic, Kevin Harvick steamrolled his way into the sec…

Washington and Philadelphia line up together to show unity before Sunday's game.

The communal experience of an NFL game was absent with the empty seats at Fedex Field for Sunday’s Philadelphia-Washington season opener.

Washington tight end Logan Thomas (82), a former Virginia Tech quarterback, celebrated his touchdown against Philadelphia on Sunday with quarterback Dwayne Haskins in the first half.