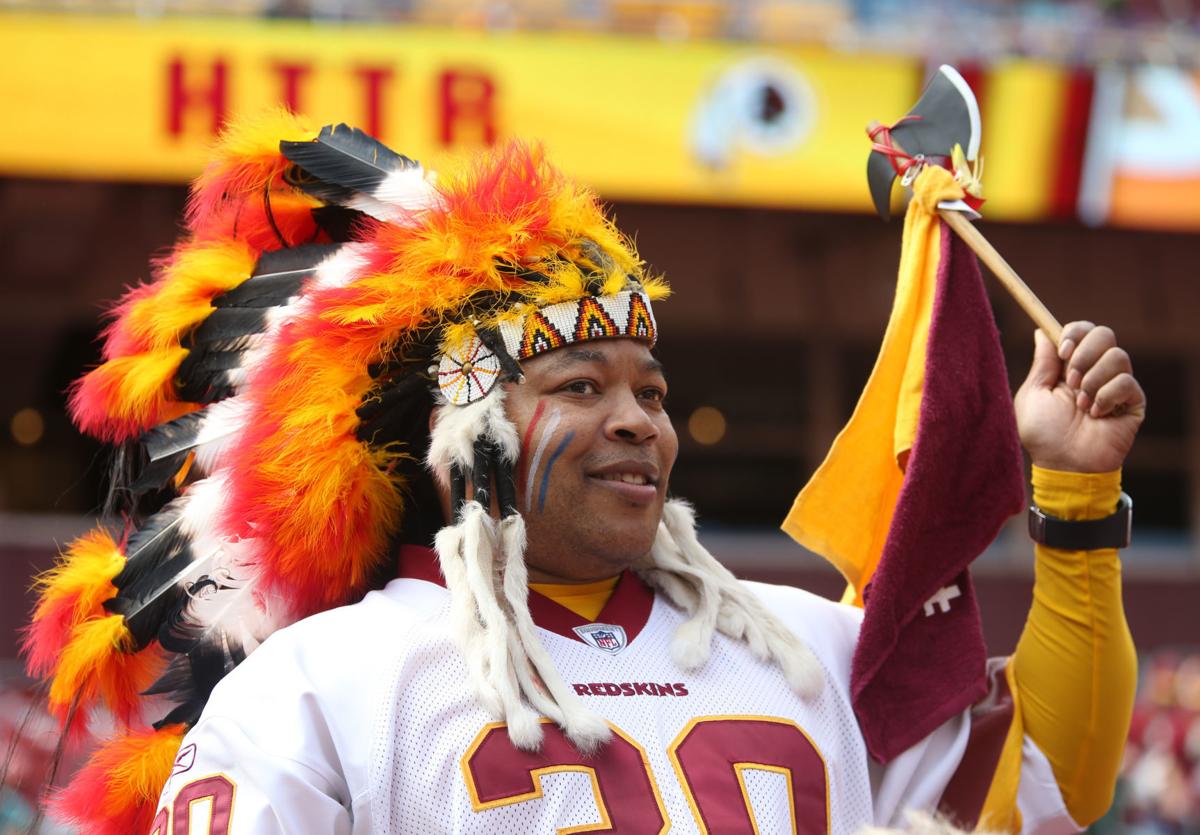 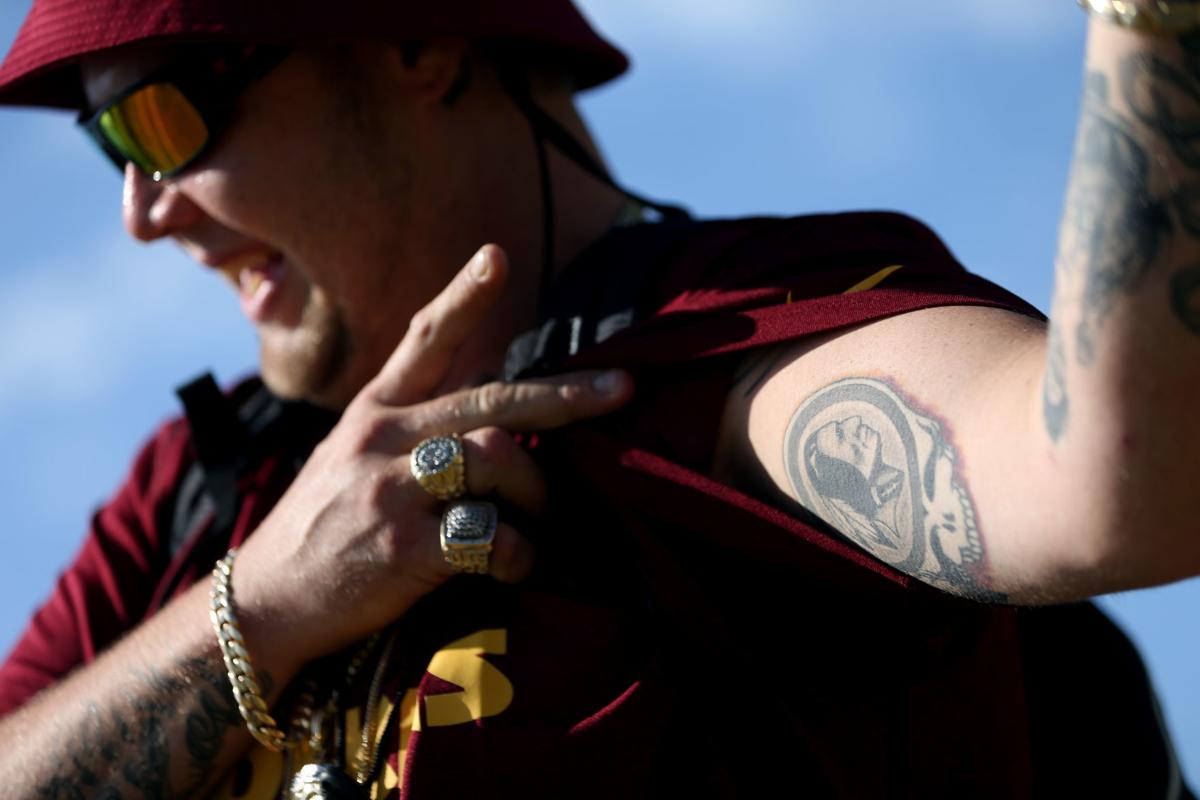 Richard Adams of Richmond shows his Washington Redskins tattoo at the training camp in Richmond on Friday, July 31, 2015. Adams said he is a huge fan of the football team.

Speculation has begun about two potential names, Warriors and Redwolves, that could replace Redskins.

Richmond’s summer of change continued Monday with the toppling of one of the city’s favorite sports teams.

The Washington Redskins announced they are discontinuing the use of their name and logo. A new identity will be chosen in the coming weeks.

Original owner George Preston Marshall considered the Redskins the team of the South, and Richmond was always a core market. In the 1970s, the RF&P Railroad would send trains full of fans to Washington each Sunday.

In a city where fan interest is often split between teams (VCU vs. UR, UVA vs. Tech), the Redskins were a unifying force — in 2012, when the team clinched a playoff spot, 43% of the city watched the game on television.

But protests against the name by Native American and other advocacy groups date back almost as long. The groups note that the term “redskin” is defined by the dictionary as derogatory and was used in the 1800s during mass killings of the American Indian populations.

President Donald Trump has used the issue as a rallying cry and ran a television ad during the run-up to the 2016 election cycle promising to defend the name.

Current team owner Dan Snyder has also resisted. Snyder purchased the team in 1999 in part because of its history — he attended games with his father at RFK Stadium.

Seven years later, on the day of reckoning, Snyder did not release a public comment. The team sent a press release at 9 a.m., on Washington Redskins letterhead, stating that the name and logo would be “retired.”

“Dan Snyder and [coach Ron] Rivera are working closely to develop a new name and design approach that will enhance the standing of our proud, tradition rich franchise and inspire our sponsors, fans and community for the next 100 years,” the statement said.

Speculation has centered around two potential replacement names — Warriors and Redwolves. By selecting a name before the 2020 season, the team has the opportunity to spend a season working on the rebranding while fan activity is greatly reduced because of the coronavirus pandemic.

That timing also gives fans attached to the tradition of the Redskins a year to adapt to the new name before returning to FedEx Field.

It’s a tradition that has often included the team resisting broader cultural changes.

Under Marshall, the team’s legacy was one of segregation — he was the last NFL owner to sign a Black player and only did so under pressure from the government.

The team’s fight song, “Hail to the Redskins,” has also changed over the years.

The song originally included a reference to “scalping” the opponent, which was later removed. For a few years in the late 1950s the final line, “fight for old D.C.,” was changed to “fight for old Dixie.”

Now the song, and the team’s identity, will undergo yet another revision.

If there was any doubt before, there is none now: This is Ron Rivera's franchise, a radical shift in leadership for a team desperately in need of one.

Richard Adams of Richmond shows his Washington Redskins tattoo at the training camp in Richmond on Friday, July 31, 2015. Adams said he is a huge fan of the football team.

Speculation has begun about two potential names, Warriors and Redwolves, that could replace Redskins.