If it didn’t really sink in when he slipped to the 10th pick in the 1998 NBA draft, Paul Pierce got the message when he went home to Los Angeles to play in the All-Star Game and got booed by his hometown fans.

“That’s just the story of my career: Being the underdog, not really being liked. I guess somebody has to be the villain,” Pierce said Friday, a day before he is to be inducted into the Naismith Memorial Basketball Hall of Fame.

A 10-time All-Star and the MVP of the 2008 NBA finals, Pierce was in a class of 16 scheduled to be honored at the Springfield, Mass., shrine Saturday night. Also giving the event a Celtics feel: Bill Russell, who is already in the Hall as a player, will be inducted as a coach, making him the fifth person to be honored for both roles.

Wallace broke down in tears while talking about his road from Virginia Union to a four-time defensive player of the year who won the 2004 NBA title with the Pistons. Going undrafted, he said, was a blessing.

“Either you’re going to find your true strength, or you’re going to prove to me why you want to be here,” he said. “There’s moments on your journey when you have to ... stay on your path. If there’s a roadblock in your path, you’ve got to find a way to overcome that roadblock.”

Ackerman had worked for the NBA and USA Basketball when she was named the first president of the newly created WNBA in 1996. She guided the startup for its first decade, helping it survive where other women’s leagues have faltered.

“To see them at 25 is first and foremost a feeling of great pride,” said Ackerman, who is now the Big East commissioner. “To see how women’s sports have evolved, and with the 50th anniversary of Title IX that’s another cause for celebration. ... It has been really, really great to see.”

Wright was selling tickets for a USFL team when a friend turned down a college coaching offer and passed along Wright’s name instead.

“I was one day on the job at the University of Rochester, and I knew I loved this,” said Wright, who led Villanova to the 2016 and ‘18 NCAA titles.

Webber went from Michigan’s Fab Five freshman class to play 17 seasons in the NBA. He even noted the most ignominious moment of his career: The extra timeout he called in the 1993 NCAA championship game against North Carolina.

“Calling timeout, one of the worst moments you can have, 60 days later to be drafted, it was a whirlwind,” he said. “I really did enjoy the journey. The ups and downs and everything that came with it.”

Kukoc joined the Michael Jordan-led Bulls midway through their run of six NBA titles. Although he was a three-time MVP of the European League Final Four, his new teammates were skeptical.

“When we came here it was different times. People didn’t know about us,” he said. “We were pioneers. ... It was a time when the NBA became a global game, not just an American game. And it became open to the entire world.”

Adelman was told he didn’t have enough experience for the high school coaching jobs he was applying for but he landed a position at the Chemeketa Community College in Oregon. “Everything took off from that point on,” he said.

He signed on as an assistant to Hall of Famer Jack Ramsay’s with the Trail Blazers in 1983, took over the top job in ’89, and went on to win more than 1,000 games with Portland, Golden State, Sacramento, Houston and Minnesota.

The daughter of two Australian national team players, Jackson was the WNBA MVP three times and she also played for her homeland in four Olympics, winning three silver medals and a bronze.

“Mom and Dad are just over the moon,” she said.

It wasn't necessarily the long hours, the cramped quarters or the high-pressure environment. More than anything, it was the rats.

Class of 2021 inductee Ben Wallace wipes his eyes during a news conference for the Basketball Hall of Fame, Friday, Sept. 10, 2021, at Mohegan Sun in Uncasville, Conn. (AP Photo/Jessica Hill) 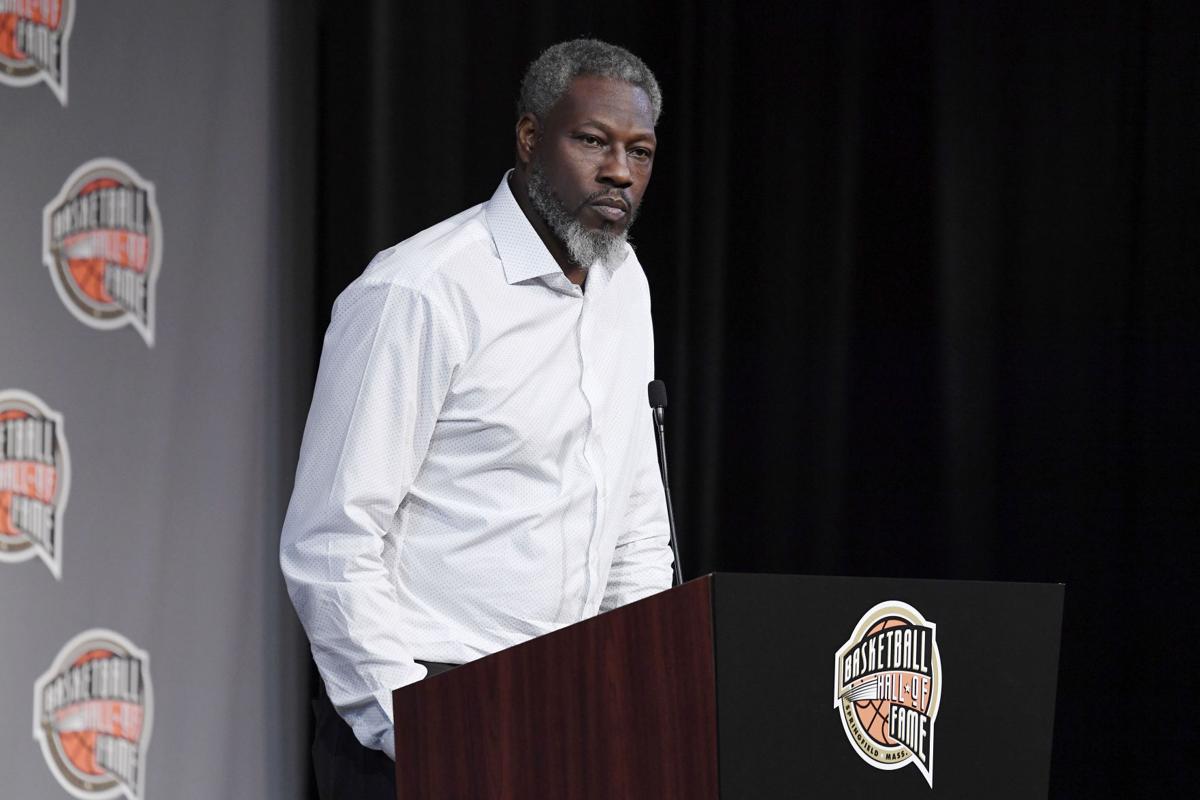