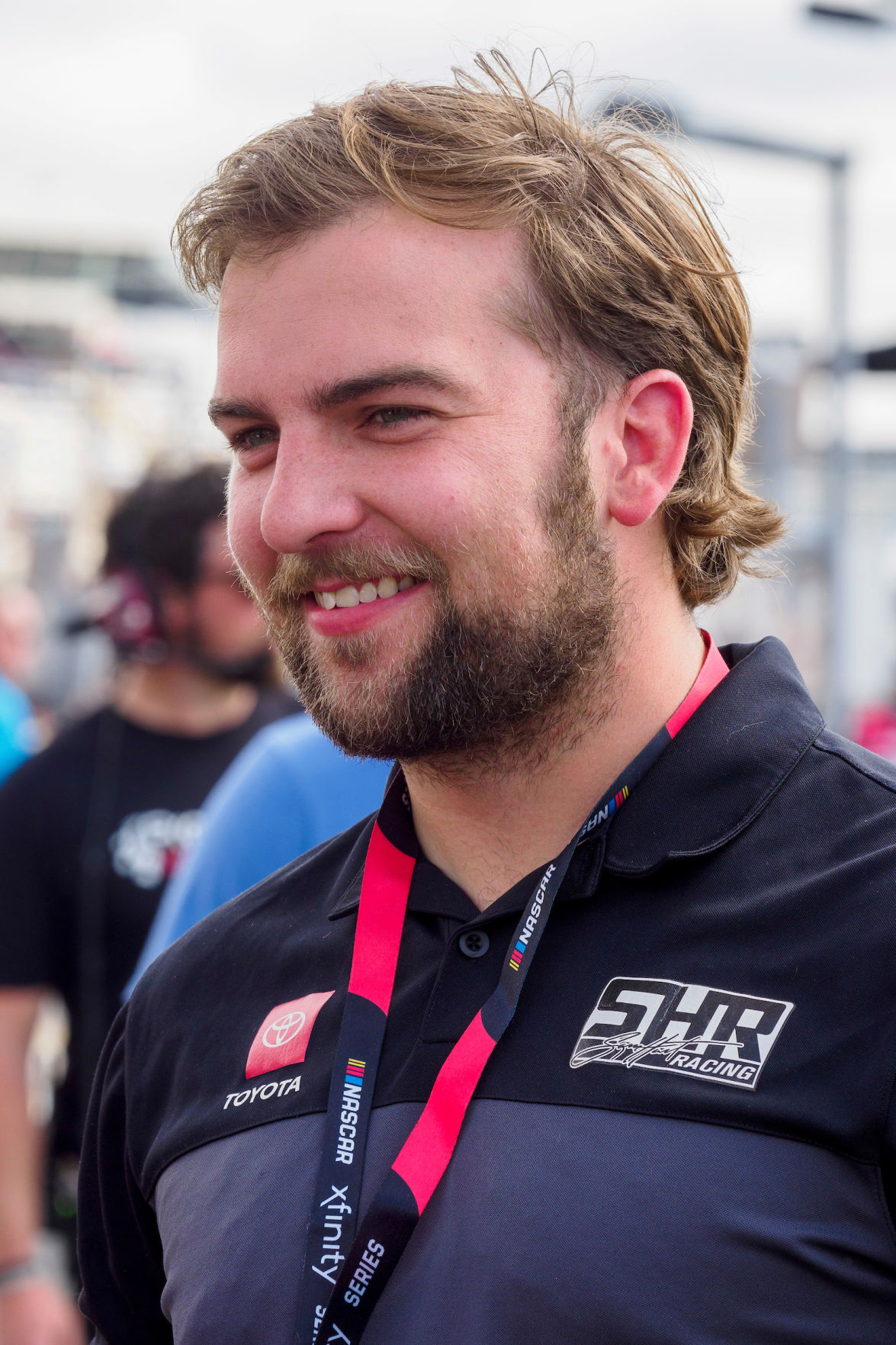 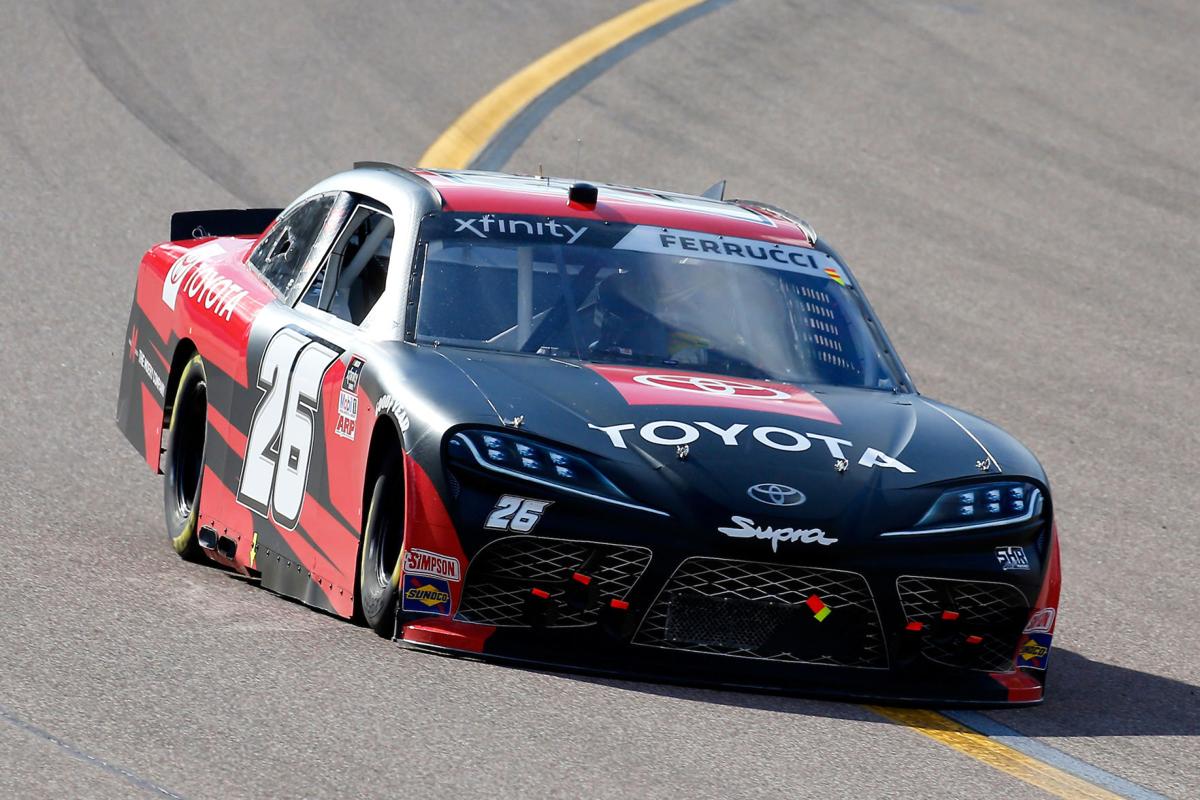 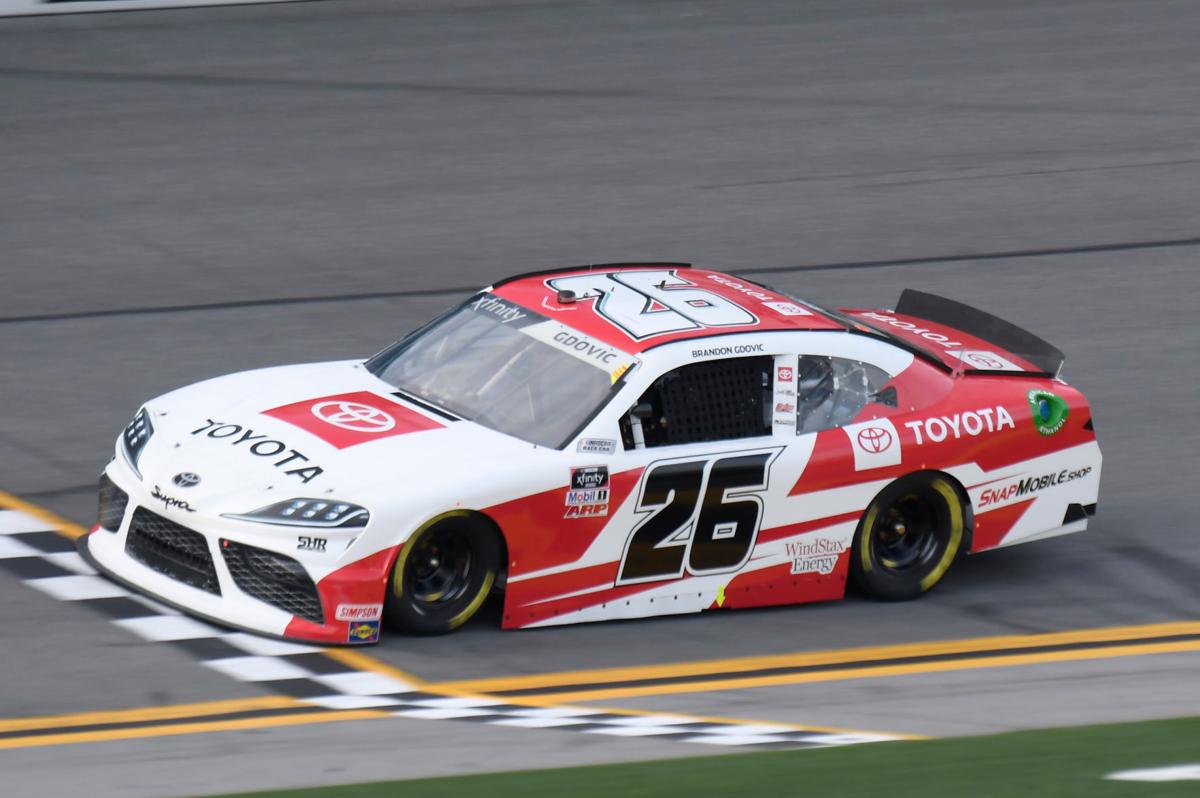 After being limited to nine Xfinity Series starts last season because of the pandemic, Sam Hunt Racing’s No. 26 Toyota has run in all 24 races this year. Truck Series star John Hunter Nemechek will be behind the wheel Saturday afternoon at Richmond Raceway.

At the same Richmond Raceway facility where Sam Hunt first experienced NASCAR, the Midlothian native will make his track debut as an Xfinity Series car owner in the Go Bowling 250.

What might surprise, however, is that the 28-year-old has achieved this in the four years since he graduated from VCU.

“Toward the end of college, I felt like I kind of had a corporate path lined up, if I wanted to go that route,” said Hunt, who began driving in the K&N Pro Series in 2012 while graduating from James River High School. “But my heart, my passion has always been competing.”

Competition led him to go-karts at the age of 5 when his family lived in the Netherlands. After returning to the United States in 2004, it led him to the football field at James River, though he suffered a torn labrum in his senior year.

The injury “reassured” him to choose a life in racing.

“It definitely helped,” Hunt said. “You know, my only real [football] collegiate interest was from the Naval Academy. There wasn’t a huge group of schools. And I think my heart was kind of always leaning towards motorsports anyways.”

Then came an encounter with the late J.D. Gibbs, who became the co-founder of NASCAR juggernaut Joe Gibbs Racing. Hunt was first introduced to Gibbs through the friendship between Hunt’s father and UR football coach Russ Huesman, who were teammates at the University of Tennessee-Chattanooga.

“Russ went to William & Mary to coach,” Hunt said. “My dad helped out and did player mentor dinners, and my dad [hosted] the defensive backs from William & Mary.”

Gibbs was one of those, playing strong safety with the Tribe from 1987-90, when Huesman was an assistant.

“So that’s where the relationship started,” Hunt said. “And it was very much non-racing. When I got to a certain point in my career in this industry, J.D. became a resource and someone I’ve met with multiple times and asked for guidance and advice and helped me make the decision to leave the seat and go back to school and study.

“After I finished college, he had some older cars and equipment that he was willing to move on to me to start my own small business. So he was an influence and someone I always looked up to. He was probably one of the biggest heroes I had within the sport.”

Following Hunt’s graduation from VCU in 2017 with a business finance degree, he relocated to Danville to set up shop in the Sellers Racing operation. Sam Hunt Racing — then known as Hunt-Sellers Racing — was open for business.

“With the help of people, you know, one of which being J.D., it was almost a slight pipe dream at the end of college to where I said, ‘Hey, I’m gonna start my own team in what’s now the ARCA Menards series. I’m going to go for it.

Figuratively, that’s no exaggeration. With plans to run only four K&N races in 2018, rookie driver Colin Garrett finished sixth in the team’s debut at Langley Speedway, leading to a re-evaluation of its schedule.

Instead, SHR ran full-season efforts in 2018 and ’19. During that same time, Hunt relocated SHR to a corner of the Roush Yates Engines shop in Mooresville, North Carolina.

Though Hunt lived in his van outside the shop or on friends’ couches for a while in 2018, his team was progressing up the NASCAR ladder.

That led to a bigger gamble in 2019 — competing in the Xfinity Series.

“I just felt personally like, I needed to continue to raise the bar on myself and with my team. So going into [Homestead-Miami Speedway] at the end of 2019, it was kind of an all-in move to where we sold all of the K&N, the regional racing equipment to build that first Xfinity car.”

The gamble paid off. Garrett qualified 15th and finished 21st in the season finale. Though the coronavirus pandemic limited SHR to nine Xfinity starts in 2020, a partnership with Toyota Racing Development was formed.

“I met TRD [senior manager] Jack Irving, and he kind of brought me in on the Toyota side probably a little over a year ago,” Hunt recalled. “I was very honest with him about my intentions and my program, and they’ve really welcomed me with open arms and in taking me under their wing.”

The team has fielded cars in all 24 Xfinity races this season, with Garrett, Grant Enfinger, Santino Ferrucci, Brandon Gdovic, John Hunter Nemechek, Will Rodgers and Kris Wright splitting time behind the No. 26 Toyota.

So where does SHR go from here? And what would define a happy homecoming Saturday in the Go Bowling 250?

“I think we’ve established that our team is more than capable of running inside the top 20. I think [top-15 finishes] have really become our target. ... It changes because we have so many different drivers hopping in and out this year, most of which are all rookies.

“... I know this weekend we’ve got John Hunter Nemechek back in the car. So obviously, we’re on the front half of our expectations this weekend. And I think it’s a realistic goal to compete inside the top 10 and shoot for our season-best finish, which is eighth dating back to Daytona.”

Whatever happens, Hunt won’t stop competing, and that means pushing himself and his team forward.

“I think car 15 will be the next one to go in the shop. We’ve also got nine or 10 people in the building full time for the one team.

“So it looks a lot different right now than it did a year ago. And I’m sure a year from now it’ll look even different than it is now.”

Fast Thoughts for Sept. 22: Sellers hopes it's time for a clock at Martinsville

Peyton Sellers hopes it's time for a clock at Martinsville Speedway.

After being limited to nine Xfinity Series starts last season because of the pandemic, Sam Hunt Racing’s No. 26 Toyota has run in all 24 races this year. Truck Series star John Hunter Nemechek will be behind the wheel Saturday afternoon at Richmond Raceway.