Hallman: Martinsville and Richmond important stops -- now and later
0 comments
Share this
1 of 2 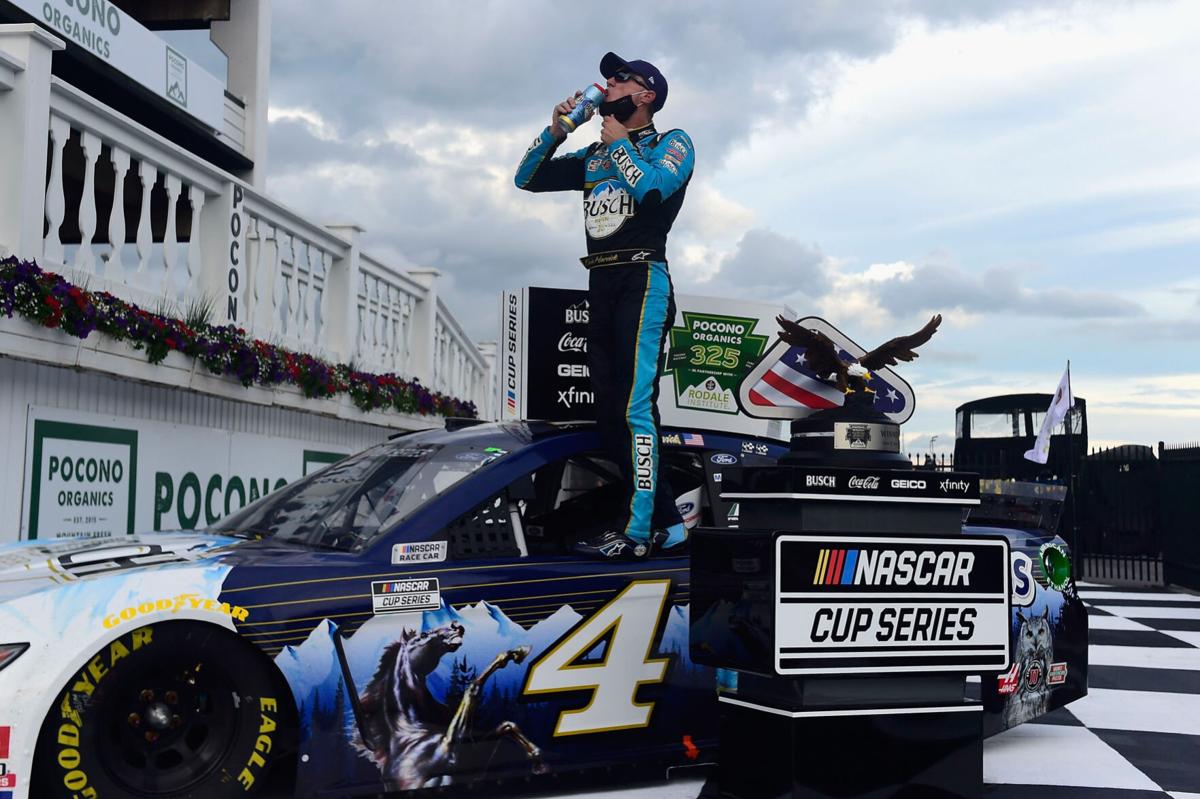 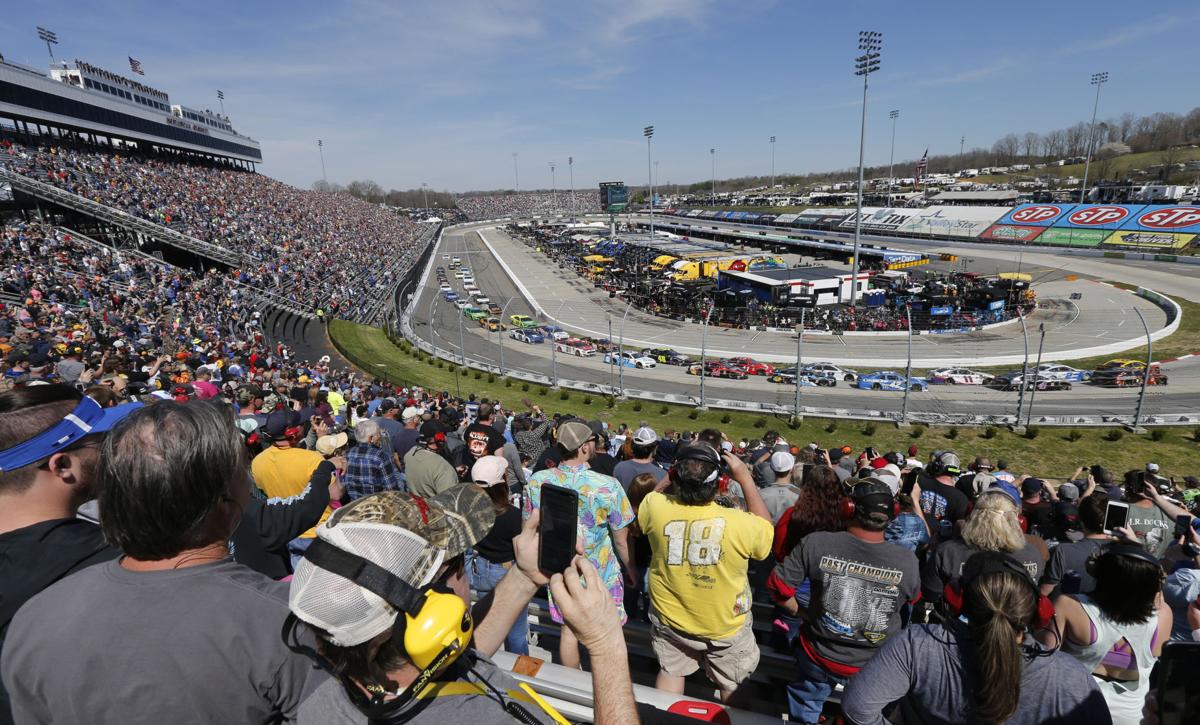 Race fans watch the start of the NASCAR Cup Series race at Martinsville Speedway in March 2019. The series will return there Saturday, for the first of two stops this season. Limited fans will be permitted to attend.

NASCAR comes calling in Virginia for its next two stops, and it is hard to overstate the importance of the Cup Series races at Martinsville Speedway Saturday night and at Richmond Raceway April 18.

The events on Martinsville’s half mile “paper clip” — a pair of U-turns connected by straightaways — and Richmond’s ¾-mile D shape are prime opportunities for the tour’s short-track aces to secure playoff spots by winning.

The significance doesn’t stop there. Each of the two tracks will stage a second Cup Series race that is part of NASCAR’s 10-event playoff run at season’s end — a stretch in which one bad race can make or break a driver’s bid for this year’s championship.

The spring races give teams and drivers a chance to establish performance baselines for their return to Richmond in September and Martinsville in October.

They all want to get it right, said Martinsville Speedway president Clay Campbell. “What they learn this week in Martinsville and next week in Richmond will fill every team’s little black book for the fall races.”

Nobody knows better than Kevin Harvick how crucial the individual playoff events can be.

In 2020, Harvick won a series-leading nine races, including two victories early in the playoff run. But NASCAR’s what-have-you-done-for-me-lately playoff format made him pay dearly.

Martinsville hasn’t been a particularly good venue for the 45-year-old Harvick. Only one of his 58 career Cup wins has come on that half-mile track in 39 starts there. And that win came 10 years ago, before he joined his present team, Stewart-Haas Racing.

In a Stewart-Haas Ford team release, Harvick was asked about his frustrations at Martinsville,

“But I definitely would tell you it’s not a racetrack that I would say, ‘This is where I want to go.’ It’s just not been a place where I’ve had streaks of success.

“It’s been a racetrack where you just never know what’s going to happen. It’s just one of those places that’s been like that. I have no idea how we’ve won there, but we have.”

He noted that he has won NASCAR Xfinity and Camping World Truck Series races at the track. “We’ve won in all the divisions there,” he said. “It’s just one of those places that’s frustrating. Even on a day when you do well, you just leave there with your wires crossed.”

Richmond has been a better track for Harvick. He has won three of his 39 starts there, and though none of the wins have come since he joined Stewart-Haas Racing, he has eight top-five finishes in his 13 SHR starts.

Harvick said even though Martinsville has been a tough track for him, he likes racing there at night — for reasons both practical and aesthetic.

“I think the short-track stuff is definitely meant to be run on Saturday nights under the lights,” he said. “But at our level of racing, a lot more goes into it than just that. There’s the professional side of it in determining when we get the best TV ratings and when the most people are watching. And then from the show side of it, just seeing the brakes glow at night and seeing the sparks fly and all the stuff that comes with a night race on a short track is pretty neat.”

Campbell, the track president, said Martinsville will be pleased to once again have fans in its grandstands for Saturday night’s Blue-Emu 500 — even though Virginia’s 30% occupancy protocol limits the crowd to under 15,000.

He said the track has added staff and is “up to the task” of helping fans hew to protocols including masks, social-distancing, and staggered entry to the stands.

“We want our fans here to enjoy great racing,” Campbell said. “NASCAR came up with an exceptional plan last year. I think the fans understand. They’re happy to come to races and want to be able to keep coming to races.”

He said having Martinsville and Richmond back-to-back on the Cup schedule can boost state tourism.

“I think some fans will leave Martinsville Sunday morning or afternoon and make their way to Richmond,” he said, “and that’s good.”

The Martinsville Cup race is the third of three straight nights of action on the track. NASCAR’s Whelen Modified Tour opens its 14-race schedule there Thursday night. (The tour stops at Richmond Sept. 10.) The Xfinity Series has a 250-lapper on Martinsville’s half mile Friday night.

The track’s Modified racing tradition stretches back to 1948. Thursday’s race is the first at Martinsville for the division since 2010. Greg Sacks’ 1986 qualifying lap at 101.014 mph in a Modified still stands as the track record.

Martinsville Modified races have been among the highest-paying and most prestigious for the division and at times drew three times as many entries as there were starting spots.

Legendary Richmond driver Ray Hendrick won 13 Modified races in the 1960s and ’70s at Martinsville — more than any other driver. He also won seven Late Model Sportsman events at the track. His 20 total wins put him at the top of the track’s all-time victory list. Next best is Richard Petty with 15, all in the Cup Series.

The Washington Football Team has promised a rebranding in early 2022, and has begun surveying season-ticket holders about potential new names.

The case is named Snyder v. Allen, and was filed in the Central District of California.

Kevin Harvick is heading into this weekend still seeking his first victory of 2021, but teaching his kids about the sport has reminded him of the joy of racing.

New York Rangers sign Glen Allen's Zac Jones; he could become the first Richmonder to play in the NHL

Jones, age 20, won the NCAA hockey title earlier this year with UMass, continuing a decorated career that has included playing for Team USA.

He said he’d previously thought about someday taking over the track, but couldn’t make financial sense of being an owner-operator. "I don’t mind losing a little money, but I’m not going to lose a ton of money."

Richmonder Russell Wilson and his wife, Ciara, will host a star-studded television special on Sunday aiming to promote COVID vaccinations in the United States.

Sammis Reyes is attempting to follow in the footsteps of VCU's Mo Alie-Cox, who also never played high-level football before joining the NFL.

Fans could be placing bets from inside the stadium at Washington games as soon as this fall.

Entering Richmond, the Toyotas are once again red hot in the NASCAR Cup Series

Race fans watch the start of the NASCAR Cup Series race at Martinsville Speedway in March 2019. The series will return there Saturday, for the first of two stops this season. Limited fans will be permitted to attend.