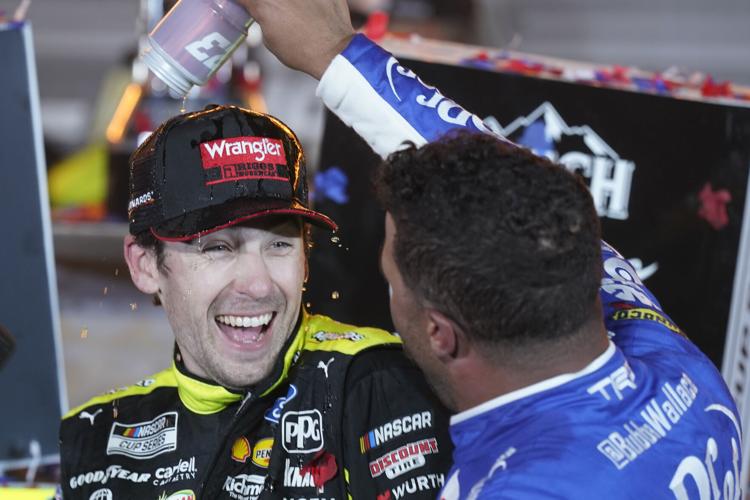 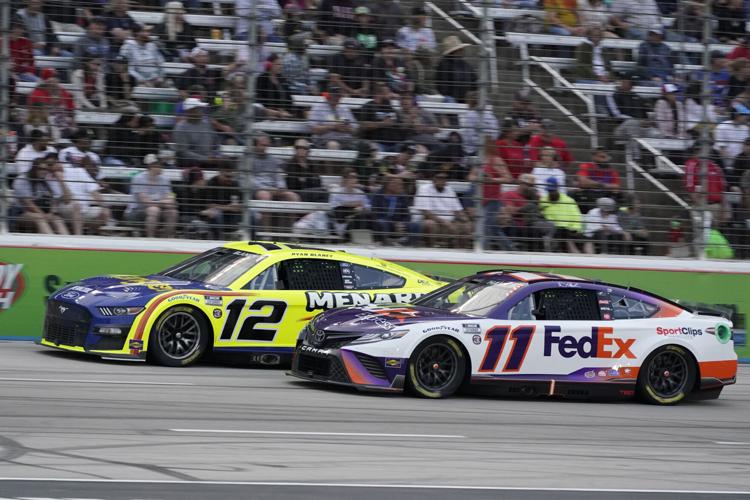 I don’t know what will work for a NASCAR Cup Series All-Star Race, but I know what didn’t.

Sunday’s stop-and-go mess at Texas Motor Speedway fell woefully short of all-star stature. The drivers didn’t seem star-like, not did the cars, nor did the track, nor did NASCAR itself.

Did I leave anything out?

It’s hard to tell what contributed most to the mess at Texas Motor Speedway. The format — three short segments followed by a not-quite-as-short segment, with bonus deals that could alter the running order at a key juncture — forbade any real flow to the race.

Maybe the new Cup Series car, a resounding success most everywhere so far this season, will deliver a good show when the tour comes back to Texas for a real race in September. This little patchwork event did not encourage us to think that will be the case.

That aside, it’s a bit disingenuous to apply the term “all-star” to a race that includes 24 of the Cup Series’ 36 charter-team drivers. I mean, you can see that as either a low bar for inclusion — or an insult to the dirty dozen who fail to qualify as stars.

Therein lies NASCAR’s dilemma in holding a standalone all-star event. How can you assemble enough “stars” from a single series to justify a race that’s supposed to be the showcase for that series’ finest?

If you run a race with two-thirds of the usual suspects, isn’t that just the same old thing — except the field is a little thinner than usual?

On the other hand, suppose you limit the race to, say, only the 12 truest stars, the size of the field in the first Cup Series all-star event in 1985. Trouble is, that paltry number of cars could get spread so far apart that they’d look forlorn — not much fun to watch in person or on TV.

Still, in ’85 it seemed to work. All 12 in that race were winners, most of them champions.

They raced for 70 crisp, caution-free laps at Charlotte Motor Speedway, a 1.5-mile oval not very different from the Texas track. There were six lead changes, the last coming just two laps from the finish. Darrell Waltrip was the winner.

Here’s the big difference: the 1985 all-star race wasn’t the weekend’s premier event. It was a preliminary, run the day before Charlotte’s annual 600-miler.

Nowadays, the all-star race has its own weekend. So NASCAR and Texas Motor Speedway had done their best to make this an unforgettable fan experience.

NASCAR made sure fans were aware of the winner’s $1 million payoff. Nice, but in today’s big-time-sports financial landscape, a million bucks hardly seems worth the exclamation point.

Besides, NASCAR, if prize money matters, why haven’t you posted purse figures for your races since 2015? Just asking.

The all-star race was run in four segments to make sure no driver stayed too far ahead for too long, and to accommodate TV commercial breaks. In a relatively short race, three intermissions plus “natural” cautions, as the broadcast team called them, made the event seem self-consciously hesitant.

It didn’t help that four legitimate stars — Kyle Busch, Ross Chastain, Chase Elliott and Kyle Larson — were all crashed out about a third of the way through the proceedings. Nor did it help that in the 140 laps run, only once did two uninjured cars have an official on-track lead change.

The race ended in bizarre fashion when NASCAR lit the caution lights unnecessarily (a car at the back of the pack had scraped the wall but was no threat to any other competitor) as leader Ryan Blaney was about to take his Ford across the finish line.

Thinking the race was over, Blaney lowered his window net — long a NASCAR safety feature — and couldn’t get it properly secured again after his crew radioed that the race was to resume because of the special all-star rule that the event had to end under a green flag. There was to be no caution finish under any circumstance.

NASCAR let the caution period linger while Blaney struggled with his window net. On the radio with his crew, he seemed hopeless. Later, he would say he managed to get it properly latched.

The net was raised in the window, but was it fully secured, in compliance with NASCAR safety protocol? The question hangs over the finish.

NASCAR faced an absolute no-win moment. It could:

1. Pretend there was no caution and declare the race over with Blaney the winner — an awkward option for TV and the thousands of fans in attendance;

2. Require Blaney to pit so an official could check the net and, if necessary, have a crew member re-latch it — and then decide whether Blaney rejoined the field as leader or at the back of the pack, leaving either Blaney’s team or the second-place driver’s team furious;

3. Leave Blaney on the track, his window net possibly in violation, and unleash a two-lap overtime with the added risk of a tightly bunched field.

Second-place Denny Hamlin grumbled that NASCAR had looked the other way regarding its own rule.

To his credit, Scott Miller, NASCAR’s senior vice president of competition, faced reporters afterward. He rued the too-quick decision to turn on the caution lights. “Wished we wouldn’t have done that,” he said.

Blaney summed things up when he said, “I do wanna thank NASCAR for lettin’ me kinda [brief pause with just a hint of a smile] fix it.”

That’s about where NASCAR sits today — sifting through the debris of its all-star race — hoping that somehow, some way, the organization can “kinda fix it.”

The former COO reported a sexual harassment allegation to Dan Snyder in 2018, and Snyder appeared to brush it aside.

Players and staffers waited anxiously around the TV in the tunnel for the final out of the Akron-Harrisburg game Sunday, before unleashing a boisterous celebration, spraying champagne and beer.

“I was thankful and lucky for the opportunity to go over there, and it helped set me up to get back to the (U.S.) this year.”

Said Satchel Paige: “You win a few, you lose a few, some get rained out. But you got to dress for all of them.”

"His refusal to testify sends an unmistakable signal that Mr. Snyder has something to hide."

"To us, it's fun. That's why we do it. We love it. We want other people to love it. We are out there doing our best, and umpiring is an integral part of baseball. It always will be."